Terrifying footage shows the moment a home invader stands over a teenage girl watching her sleep before fleeing when she wakes up and screams for her mother.

Aniyah Robinson, 15, was sleeping in her Wichita, Kansas home at around 2.30am on Friday when she opened her eyes to see a ‘scary movie’ figure standing over her.

She shouted for her mother Angel who made sure her two daughters, Aniyah and her two-year-old sister, were safe before calling police and her own mother.

When police arrived the intruder had fled, without stealing anything from the home.

Miss Robinson told Wichita TV station KAKE: ‘It just scared me because of the fact that somebody was sitting over watching me that I didn’t know. It’s just scary.’

Recounting the traumatic experience the teen told the New York Post that opening  her eyes to see the man above her was like being in a scary movie.

Her mother Angel added:’ ‘He didn’t take anything and I think that’s scarier. Because what did you want? I don’t know what you want, are you going to come back? 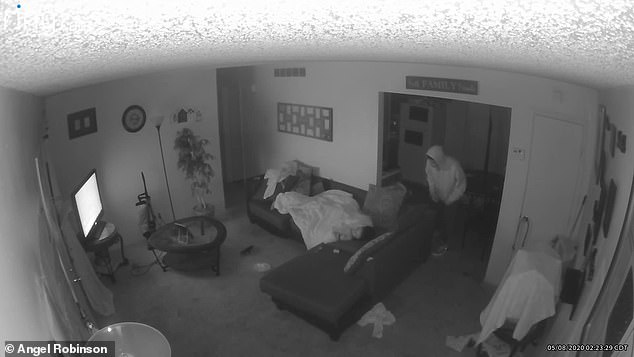 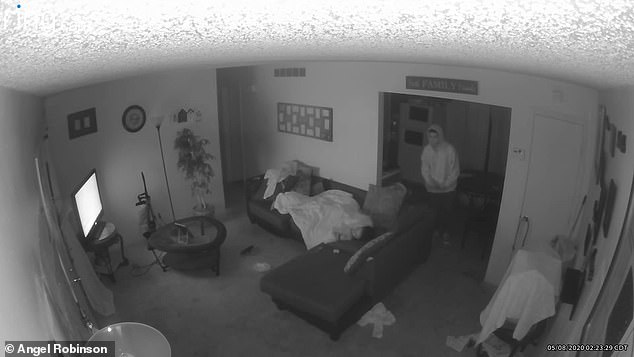 ‘You don’t know if he’s done this before. Next time it might be something different or you who knows what he’s thinking.’

It is unclear how the man had entered the house, thanks to the mother’s newly acquired home surveillance the family have evidence from the incident.

Footage of the intrusion has been shared in the hope it helps identify the man, who is still at large.