Several months worth of rain fell in just a few hours overnight in the Aude area with water levels reaching first floor windows. 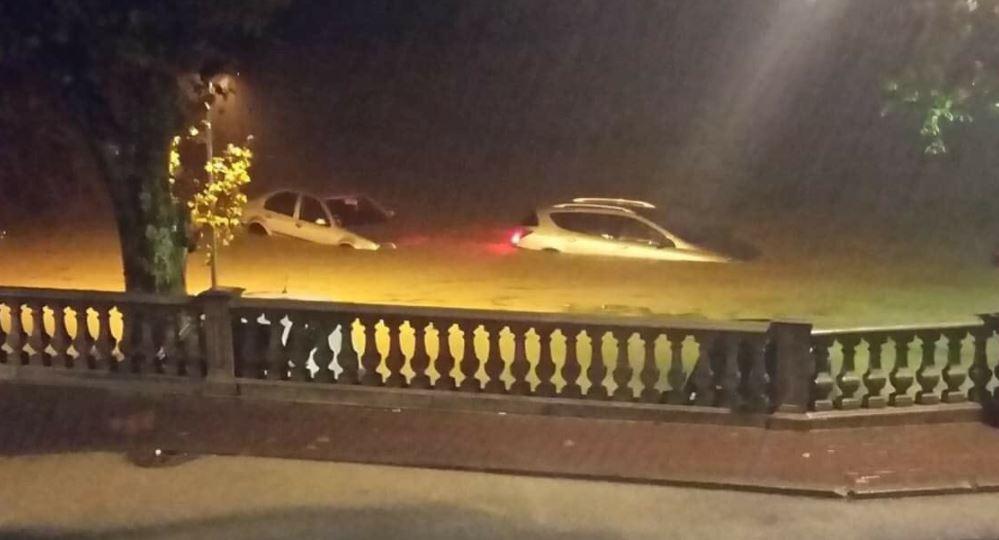 BFM TV said the nun was swept away by flood waters, and two people who had been reported missing were found dead.

Another person was killed when their house collapsed.

One of those who was killed was swept away by the flood water while they were sleeping.

Rescue helicopters were waiting for clearer weather before they could launch rescue operations, the prefect of Aude, Alain Thirion, told BFM TV.

"We have people stranded on rooftops," he said.

"We're going to have to use aircraft to evacuate them because we cannot reach them by boat given the force of the water. It's too dangerous."

Among the worst hit areas were the villages of Conques-sur-Orbiel and Villardonnel, where waters rose as high as the first-floor windows of some houses. 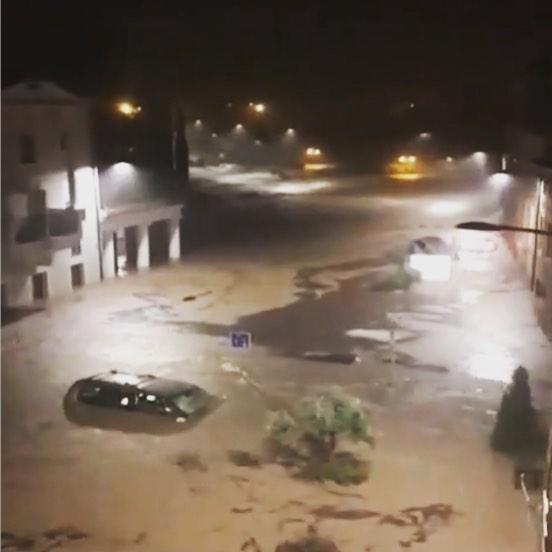 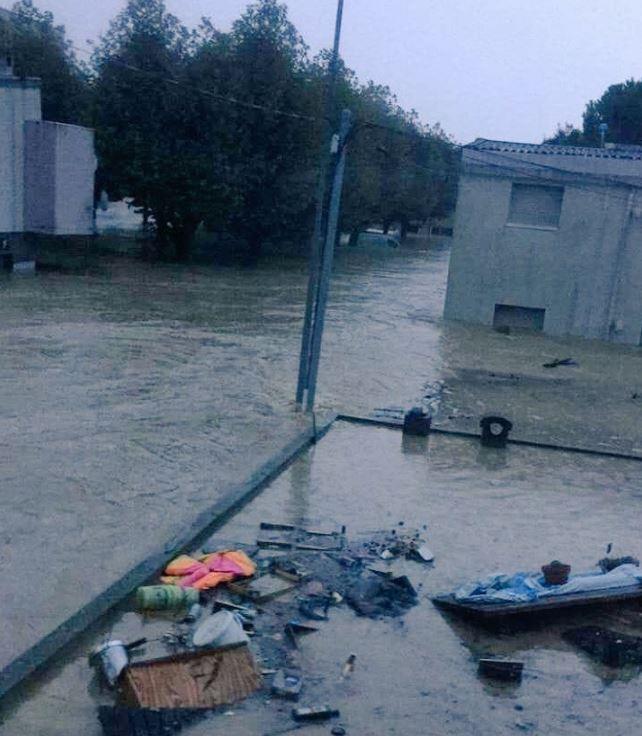 He said one river rose by more  20 feet and that floodwaters were in some cases too powerful for the emergency services to get through.

Water levels were expected to continue to rise in the area on Monday, with rain forecast until late in the morning.

Schools in the Aude area were closed and residents were told to stay at home.

Torrential rains are not uncommon in France at this time of year, but meteorologists have said that exceptionally warm sea water along the Mediterranean coast of southern France may be intensifying the rains. Portugal has been hit by one of its strongest storms on record as Hurricane Leslie left hundreds of thousands of families without power and dozens injured.

Winds topping 125mph sent huge trees crashing onto cars in the capital city of Lisbon and the tourist hot spot of Porto in the north of the country.

Spain is now being smashed by the severe weather front, which has been dubbed a "zombie" storm because of the way it meandered through the Atlantic Ocean for weeks.

The hurricane, now a post-tropical cyclone, swept into northern and central Portugal overnight, with officials warning people not to venture outdoors.

At least 300,000 homes were reported to be left without power, while several flights to and from Lisbon were cancelled.

There have been no reports of deaths however at least 27 people are reported to have been injured in the brutal weather onslaught. 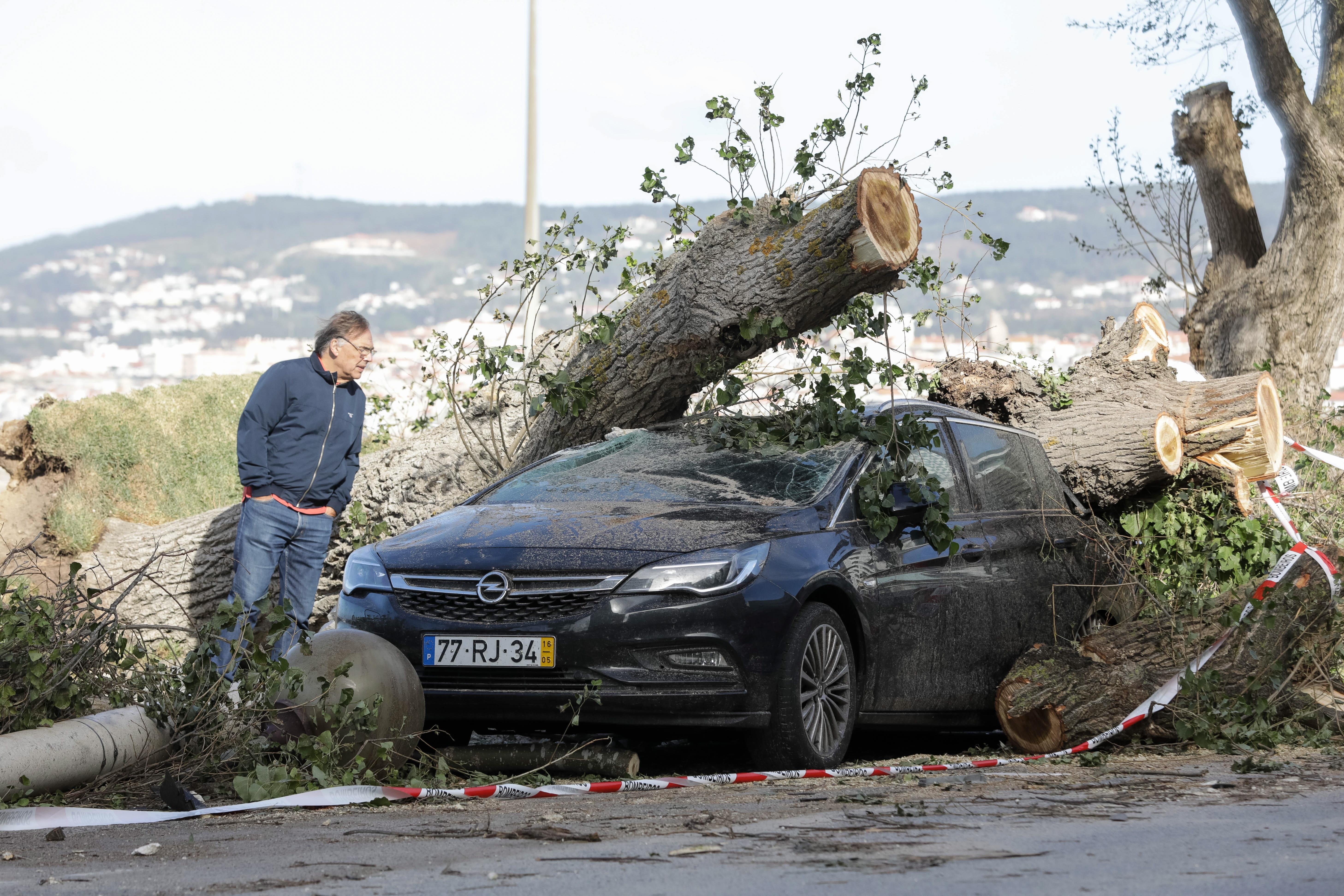 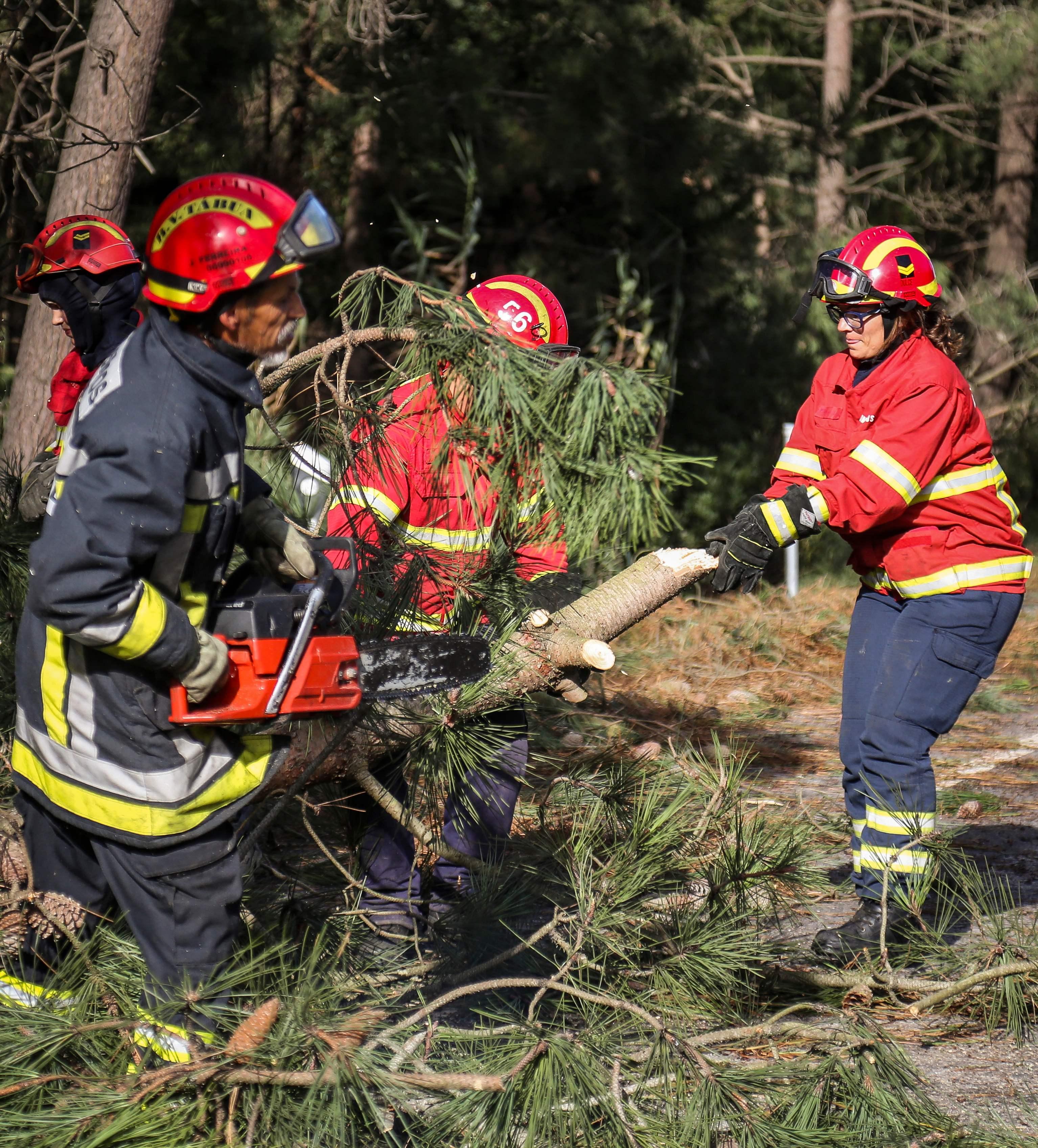 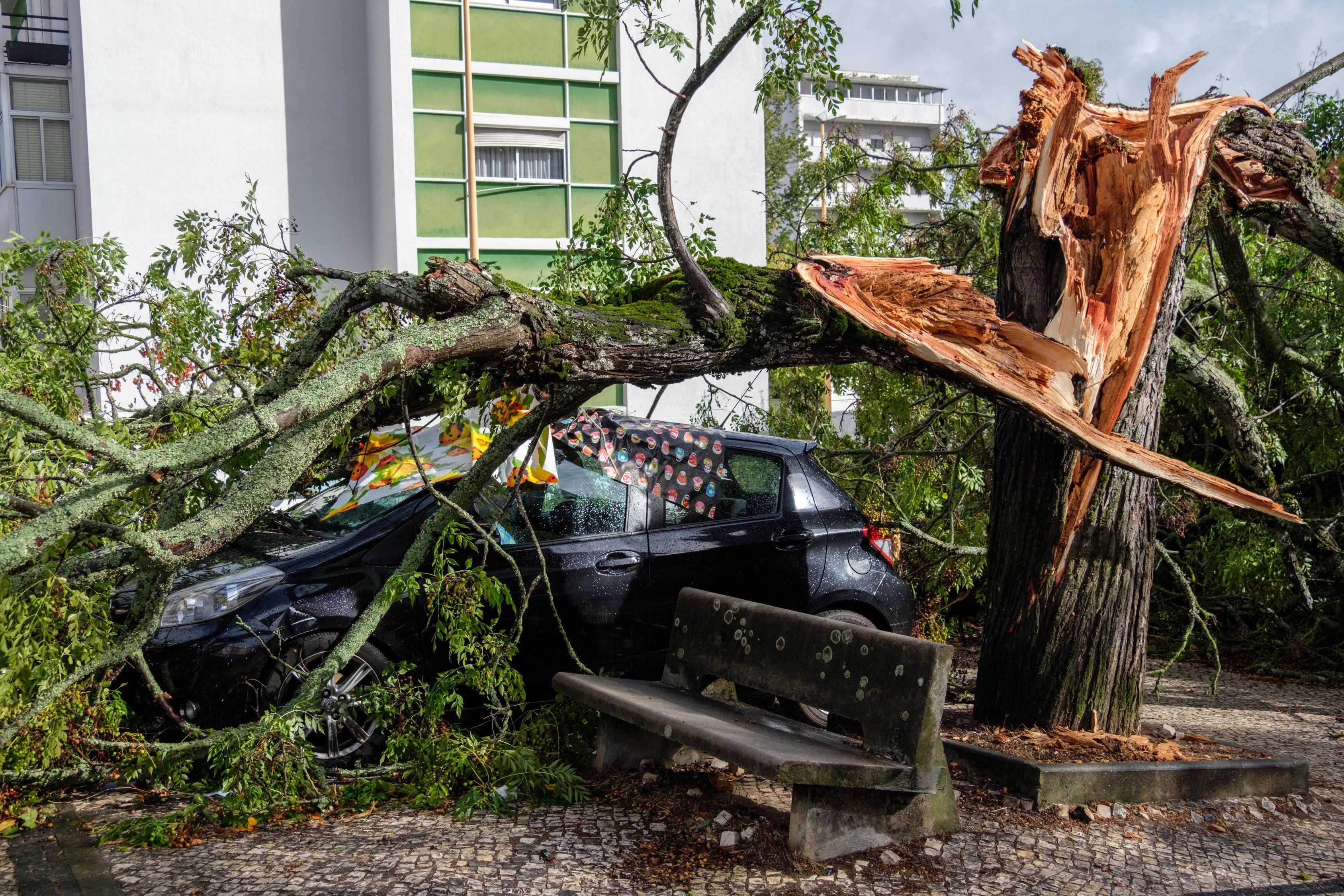 About 1,000 trees have been uprooted, officials say. The main A1 motorway was among the roads temporarily blocked by debris.

Over 200 power lines were affected by the storm, according to reports citing the national power authority EDP.

Luis Belo Costa, of Portugal's national protection agency, told residents to "avoid at all costs walking on the street." 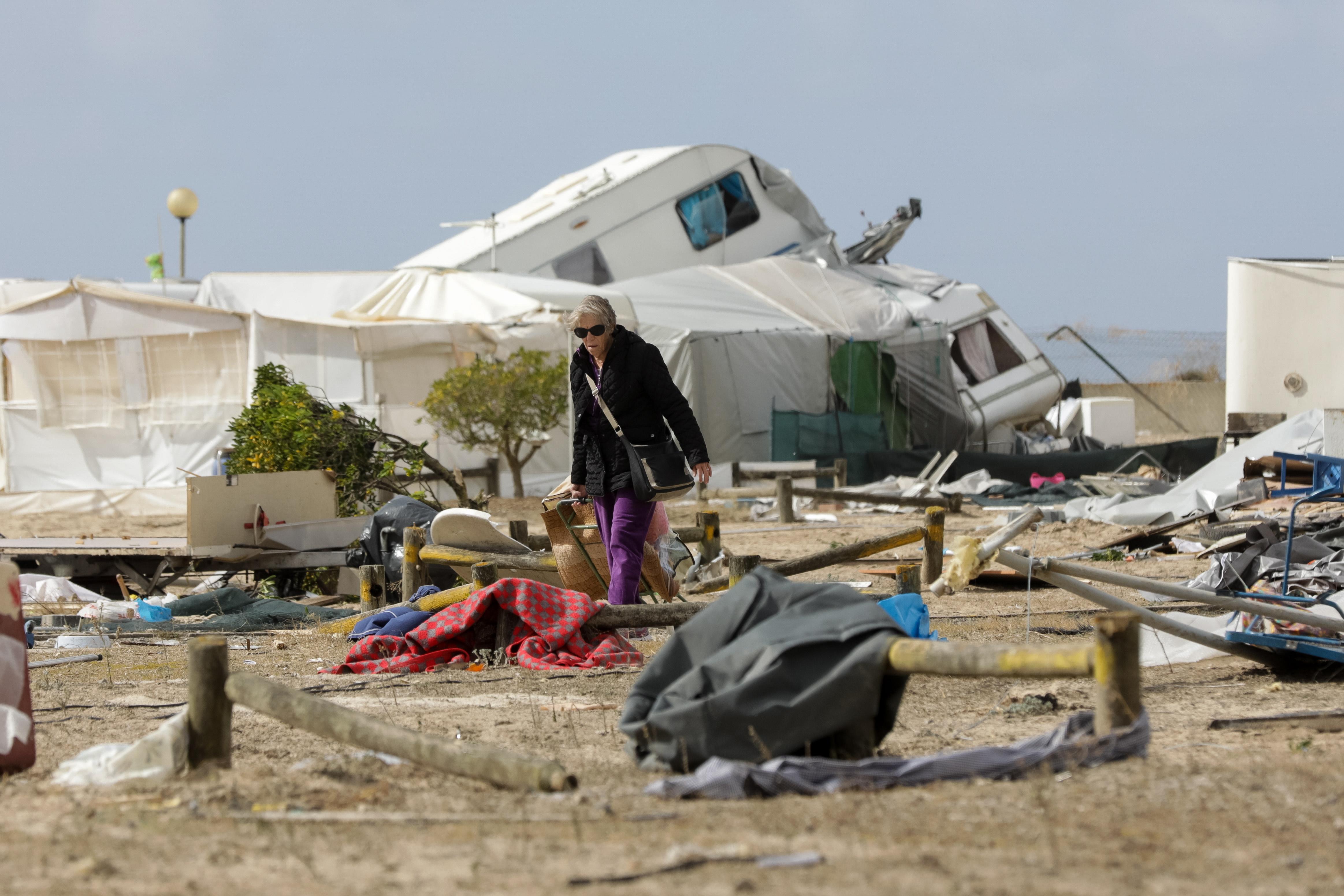 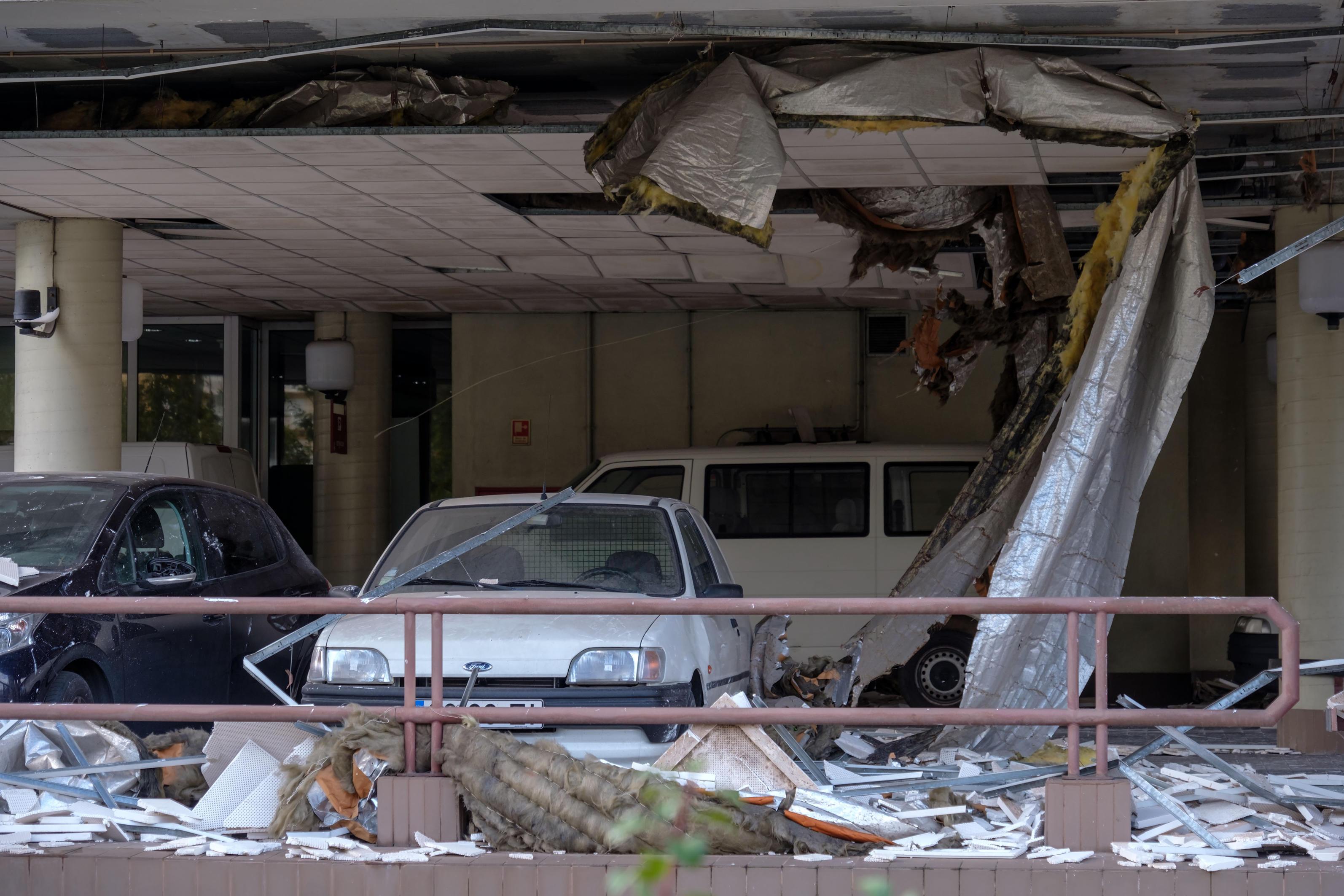 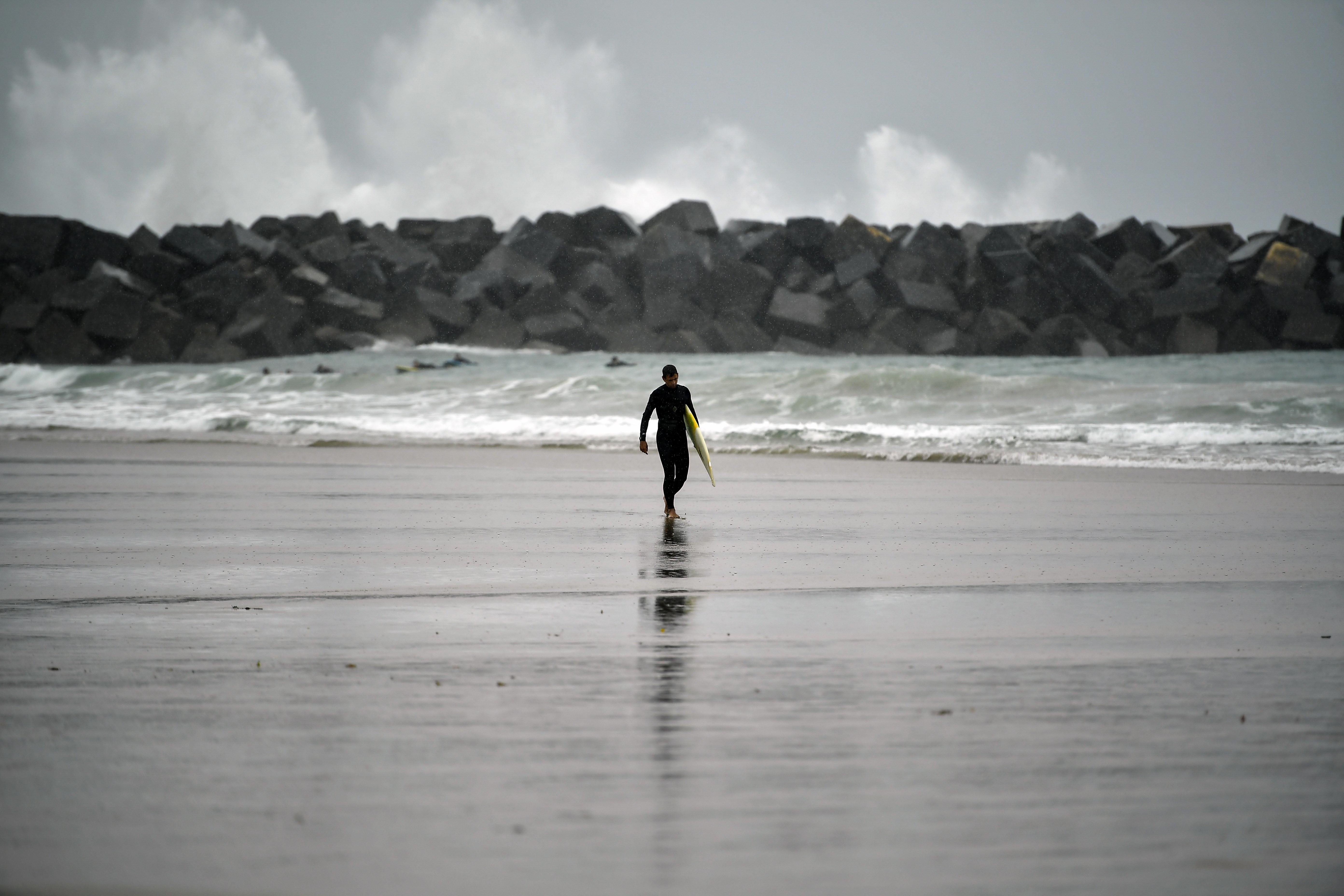 Some 1,900 incidents were reported to emergency services, although civil defence commander Luis Belo Costa said "the greatest danger has passed".

Hundreds of people remained in an arts centre in Figueira da Foz after a concert because of the high winds.

A resident of the town told SIC television: "I have never seen anything like it, The town seemed to be in a state of war, with cars smashed by fallen trees. People were very worried." 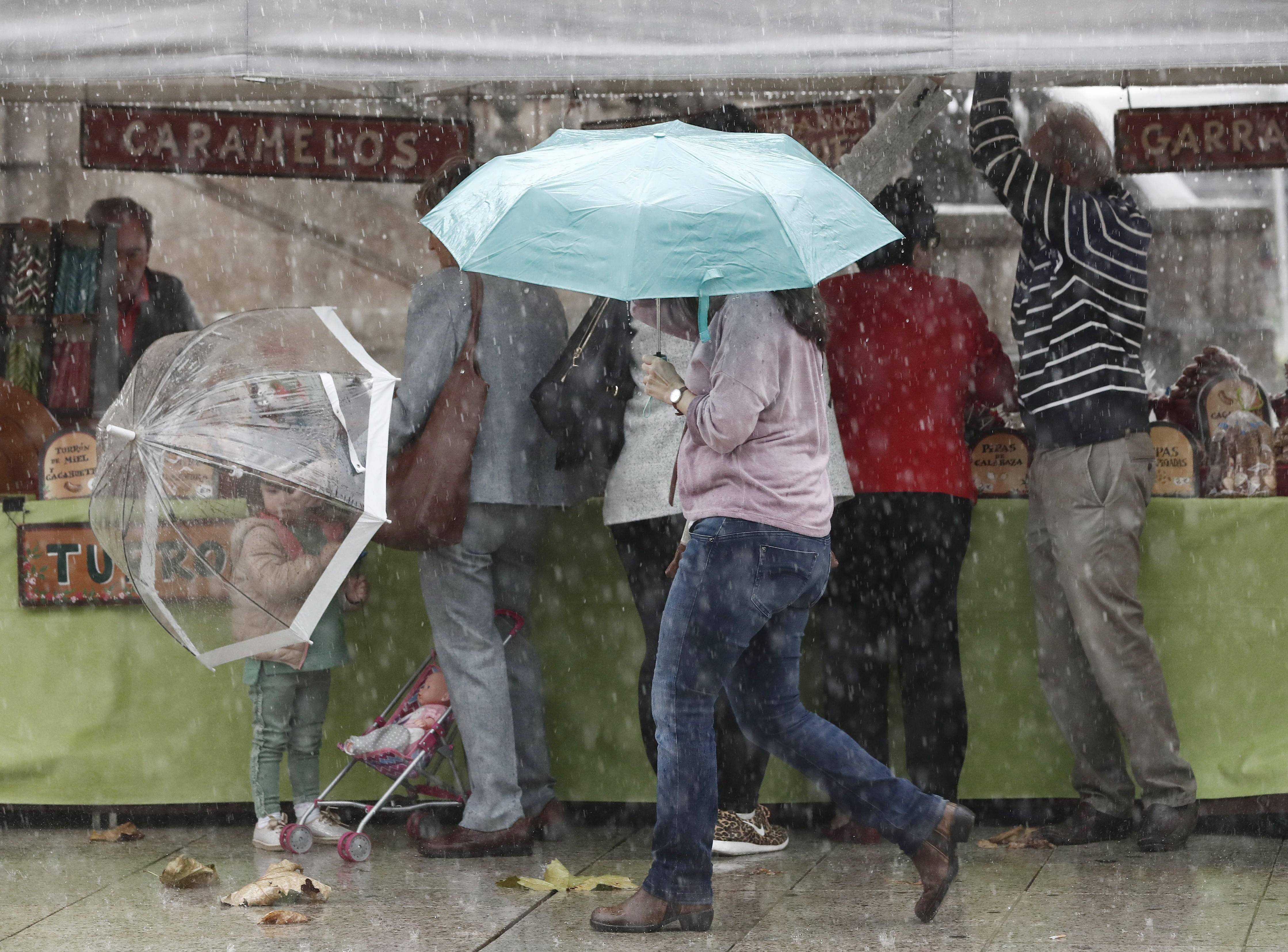 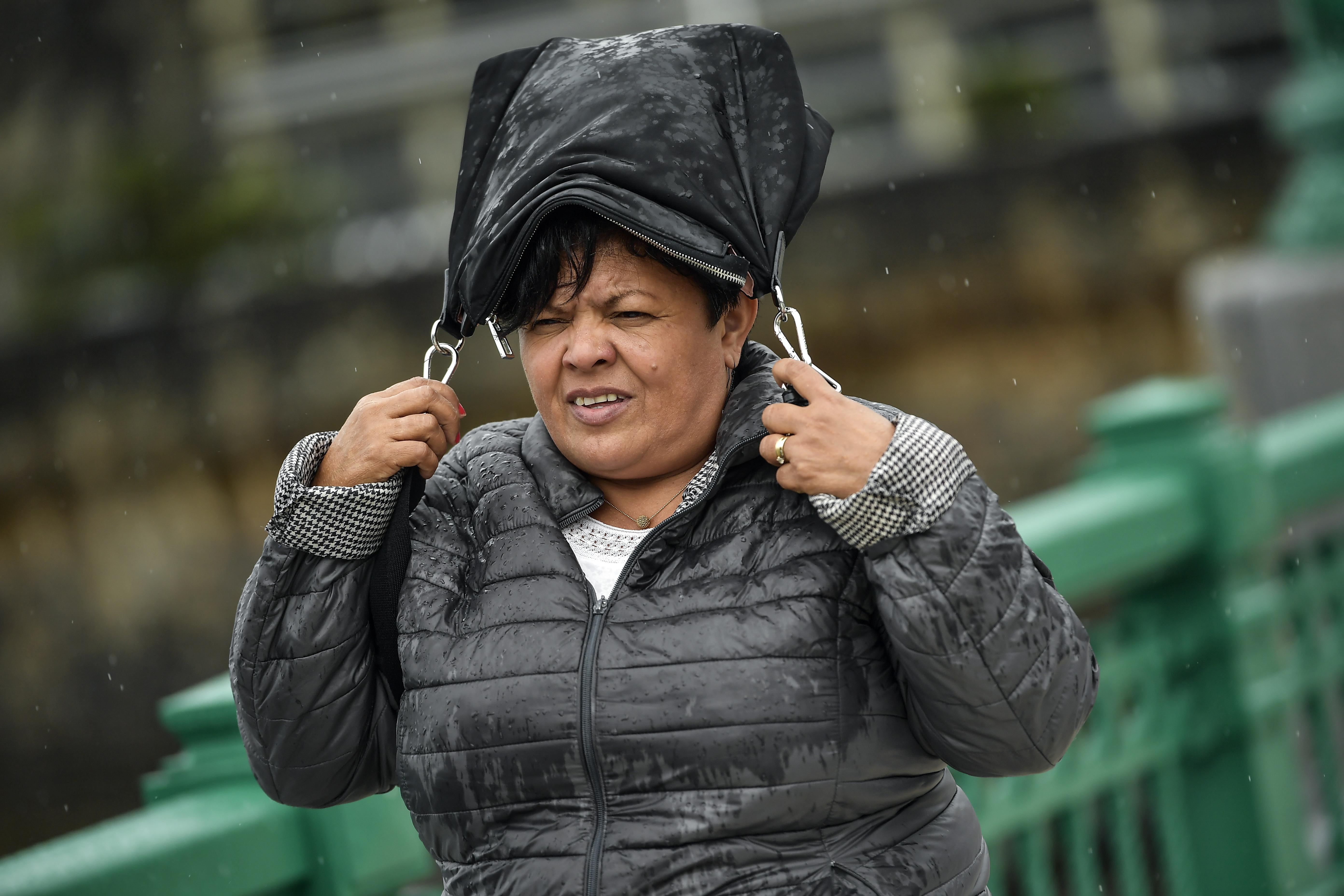 The storm – the most powerful to hit Portugal since 1842- after torrential rain sparked flash floods in the Spanish holiday island of Majorca, killing 12 people including two Brits.

Leslie is said to be unusual since hurricanes that regularly batter the American side of the Atlantic rarely bring their destructive force across to Europe.

Only Hurricane Vince has made landfall on the Iberian peninsula over the last 176 years, hitting southern Spain in 2005, reveal history records.

For the latest news on this story keep checking back at Sun Online, where we will bring you live updates as soon as they happen, before anyone else.

Thesun.co.uk is your go to destination for the best celebrity news, football news, real-life stories, jaw-dropping pictures and must-see video

Legally Blonde 3: Everything We Know So Far