FRANCE has recorded over 100,000 Covid cases in a DAY for the first time since the pandemic began, as doctors blasted the unvaccinated.

The Omicron variant is currently ripping through the country seeing infections reach six figures as officials desperately try and avoid another lockdown. 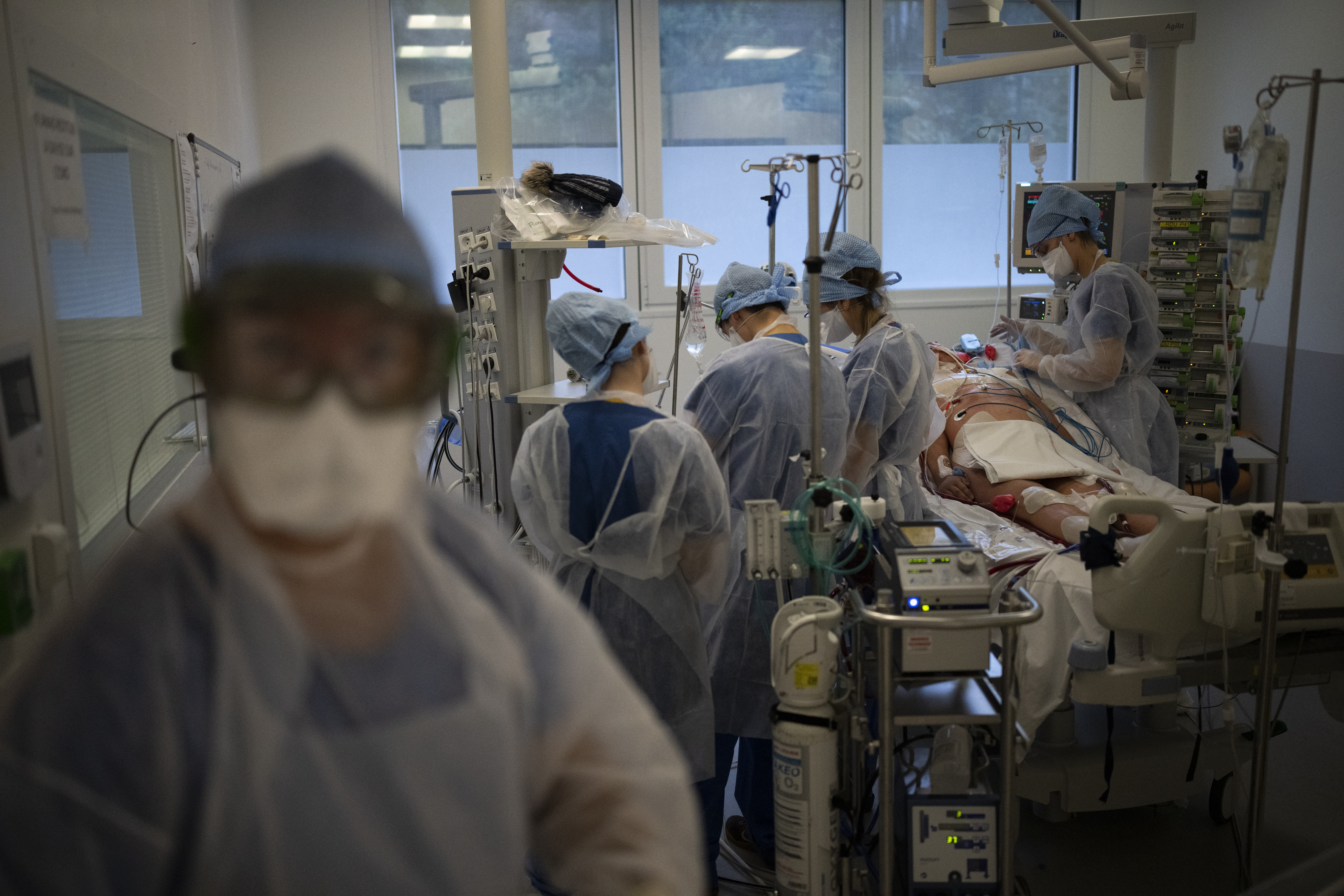 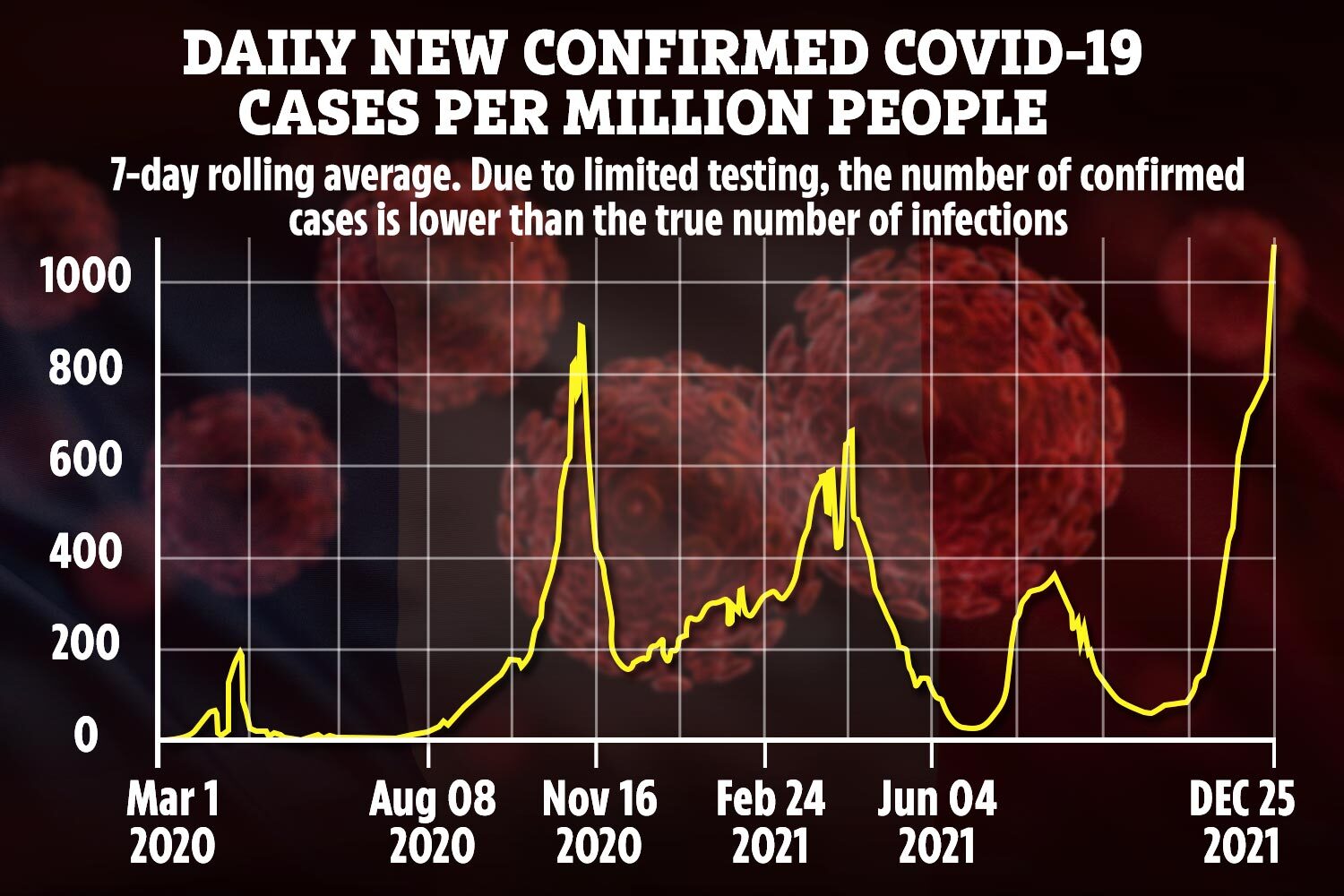 The majority of new cases are linked to the newest variant which has caused chaos over the Christmas period.

A string of hugely positive studies show Omicron IS milder than other strains, with the first official UK report revealing the risk of hospitalisation is 50 to 70 per cent lower than with Delta.

Covid booster jabs protect against Omicron and offer the best chance to get through the pandemic, health officials have repeatedly said.

The Sun's Jabs Army campaign is helping get the vital extra vaccines in Brits' arms to ward off the need for any new restrictions.

The number of Covid cases reached 104,611 on Saturday, exceeding the 94,124 infections reported the previous day.

In the Paris region, more than one person in 100 has tested positive in the past week, the public health service revealed.

Full list of supermarkets and shops closed on Boxing Day 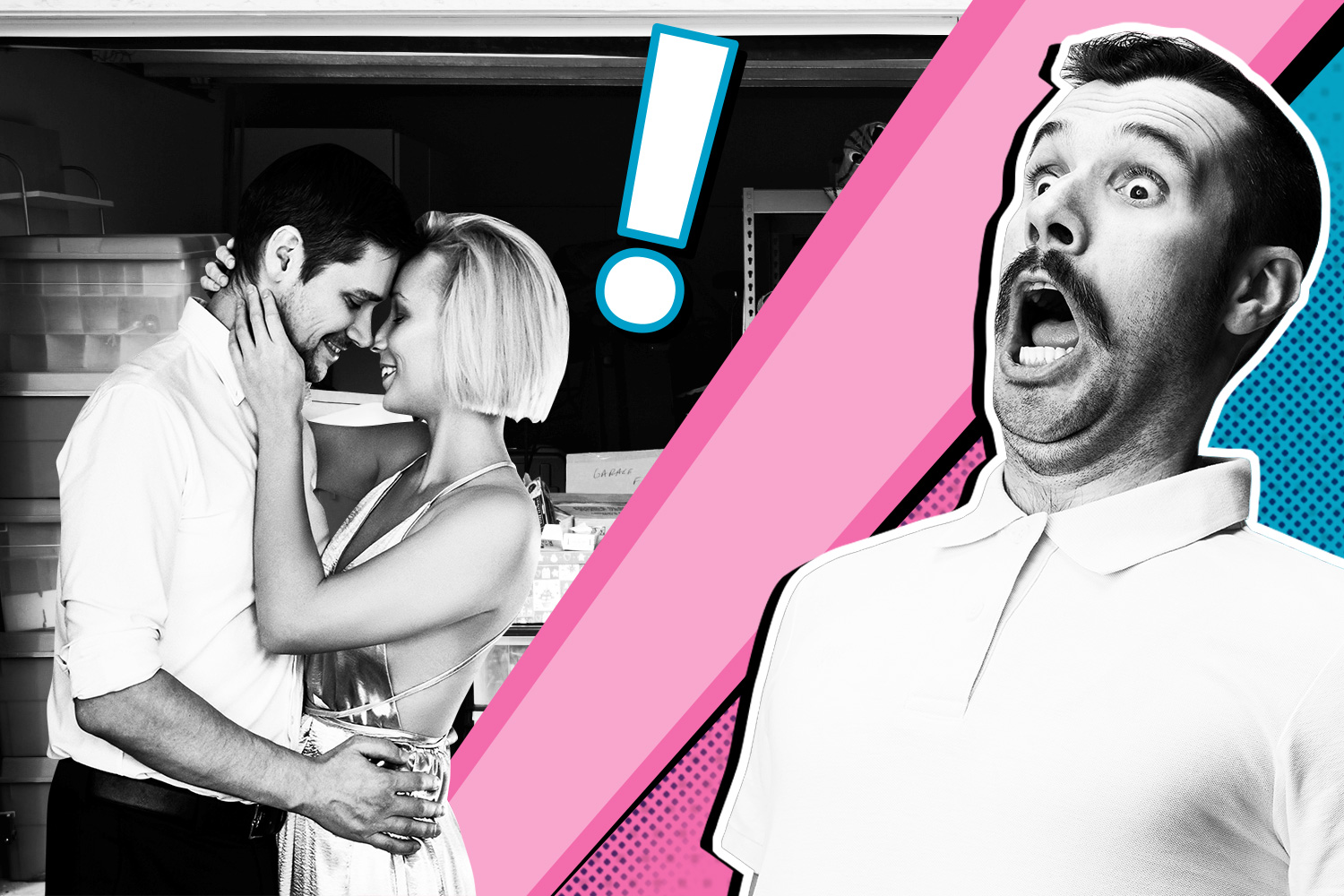 Government experts believe the milder Omicron variant will become dominant over the next week as the country waits to ring in the New Year.

But a surge in Delta cases has seen a spike in hospital admissions, seeing medics hit out at the unvaccinated.

More than 16,000 are currently hospitalised for the virus in France, including 3,300 patients in intensive care.

The head of the ICU at La Timone hospital in Marseille, France, said most Covid patients over Christmas had not received any Covid inoculations.

Dr. Julien Carvelli told how hospital staff are worn out amid the surge while many cannot work as they have also become infected.

"We're sick of this," he fumed. "We're afraid we won't have enough space."

The country has recorded over 1,000 deaths over the last seven days, bringing the total death toll to over 122,000.

We're sick of this. We're afraid we won't have enough space.

The French government is set to hold emergency meetings on Monday to evaluate its plan of action.

Some regions have reportedly brought in their own restrictions ahead of any national measures, as masks were made compulsory in Savoie, indoors and out.

Several experts have called for a curfew to be brought back in and schools to be opened at a later date than planned to help stop the fast-spreading variant from taking hold.

However, the education minister has insisted schools should reconvene as usual on January 3, while businesses continue to battle to stay open.

Officials are now trying to make the health pass issued to the vaccinated – which is required to access cafes, restaurants, public spaces and for international travel – only valid if people accept the booster jab.

They hope the draft law will encourage more people to get vaccinated, instead of permitting negative tests or antibody proof to be allowed in public venues.

Currently, 76.5 per cent of the population have received both vaccines. 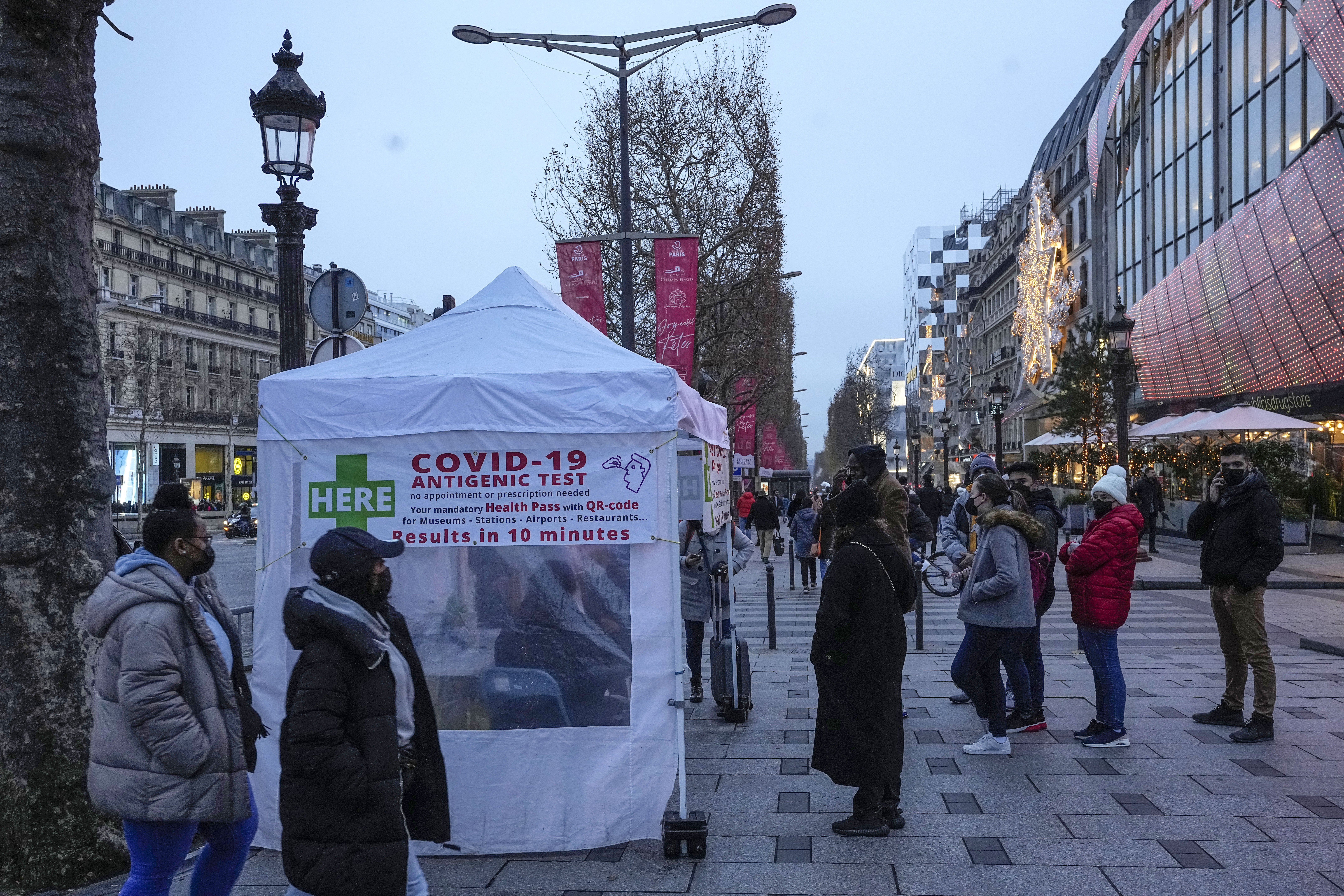 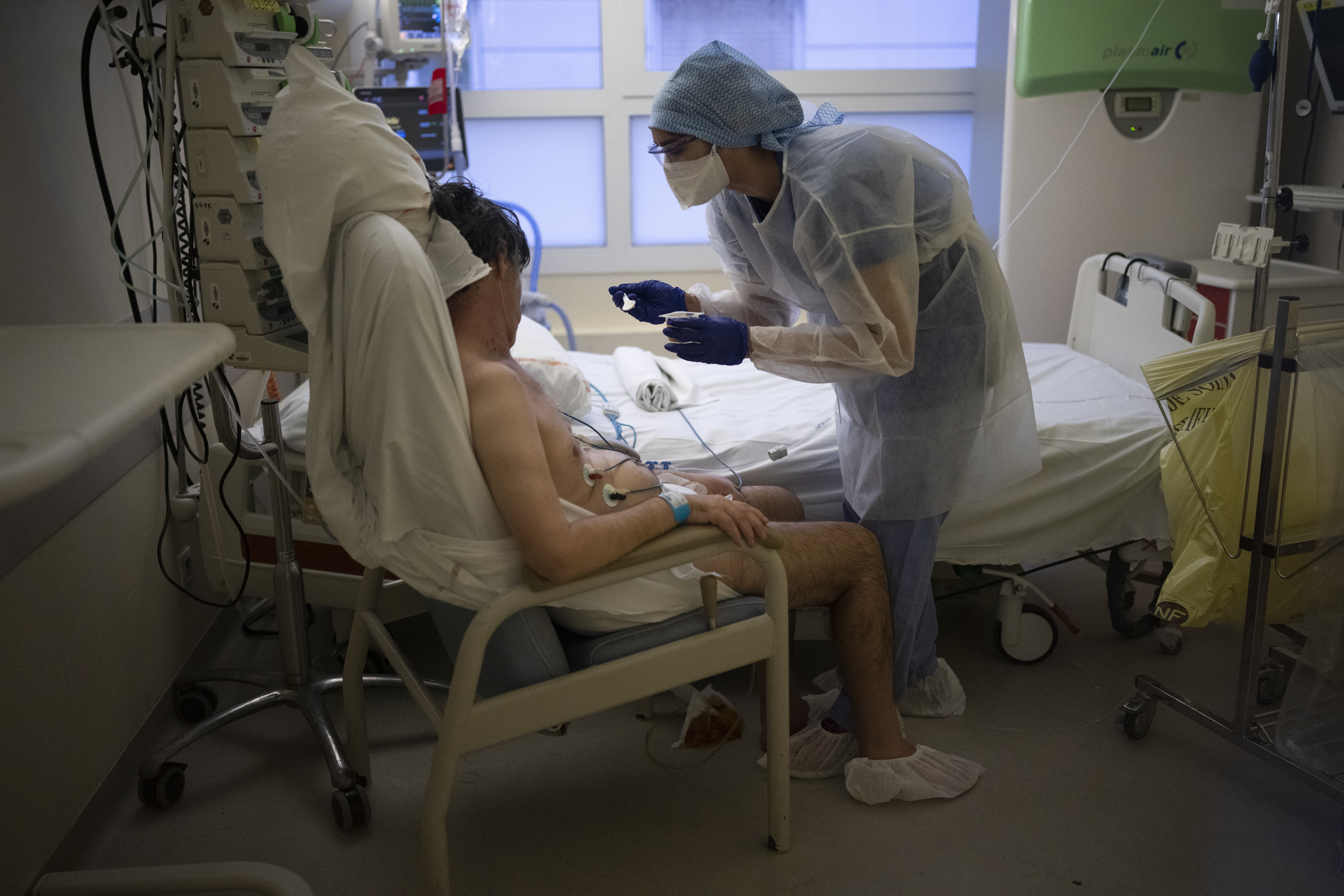