THE former president of South Africa and its last white leader FW De Klerk has died at the age of 85.

De Klerk was a key figure in the nation's transition to democracy from apartheid and instrumental in the release of Nelson Mandela from prison. 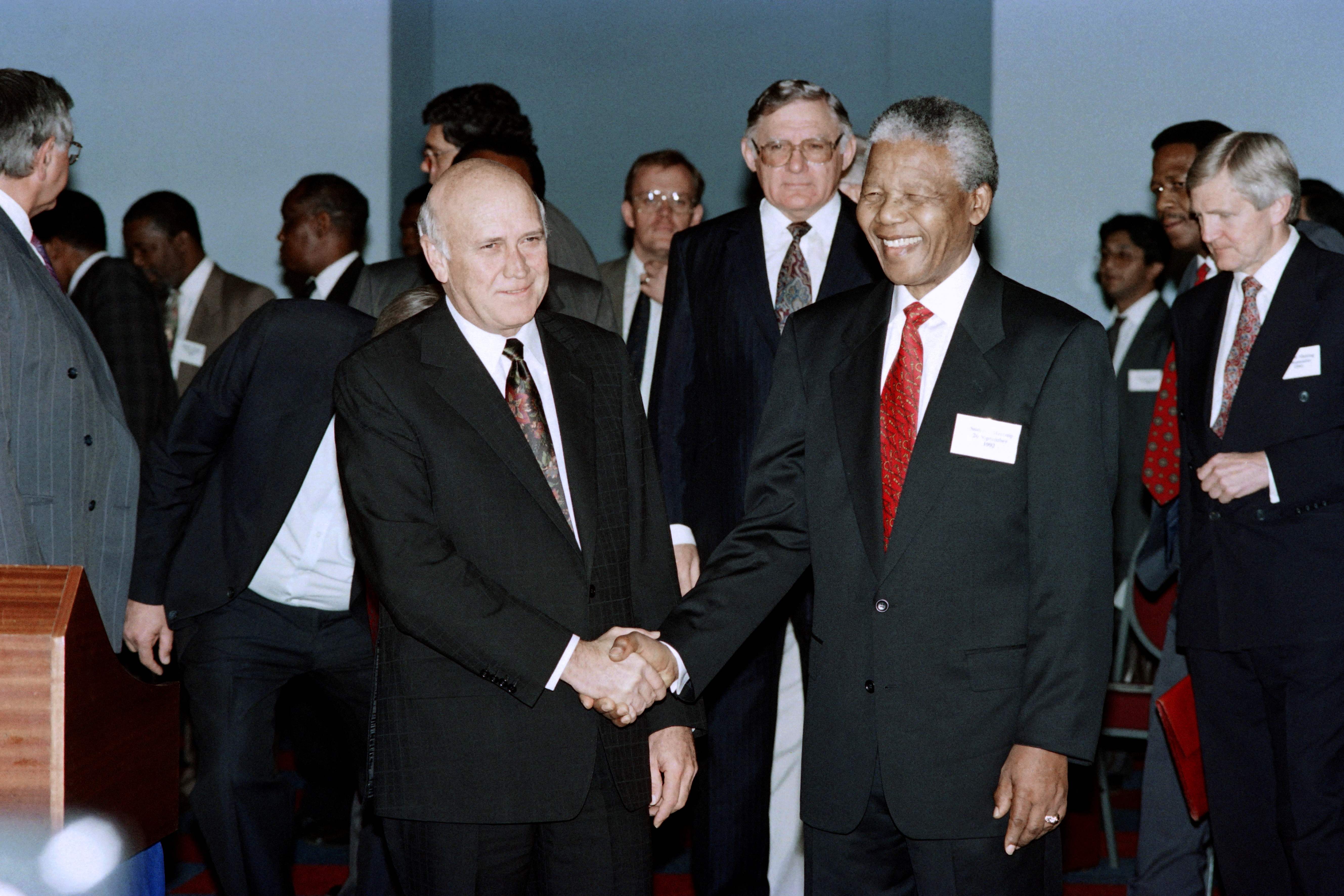 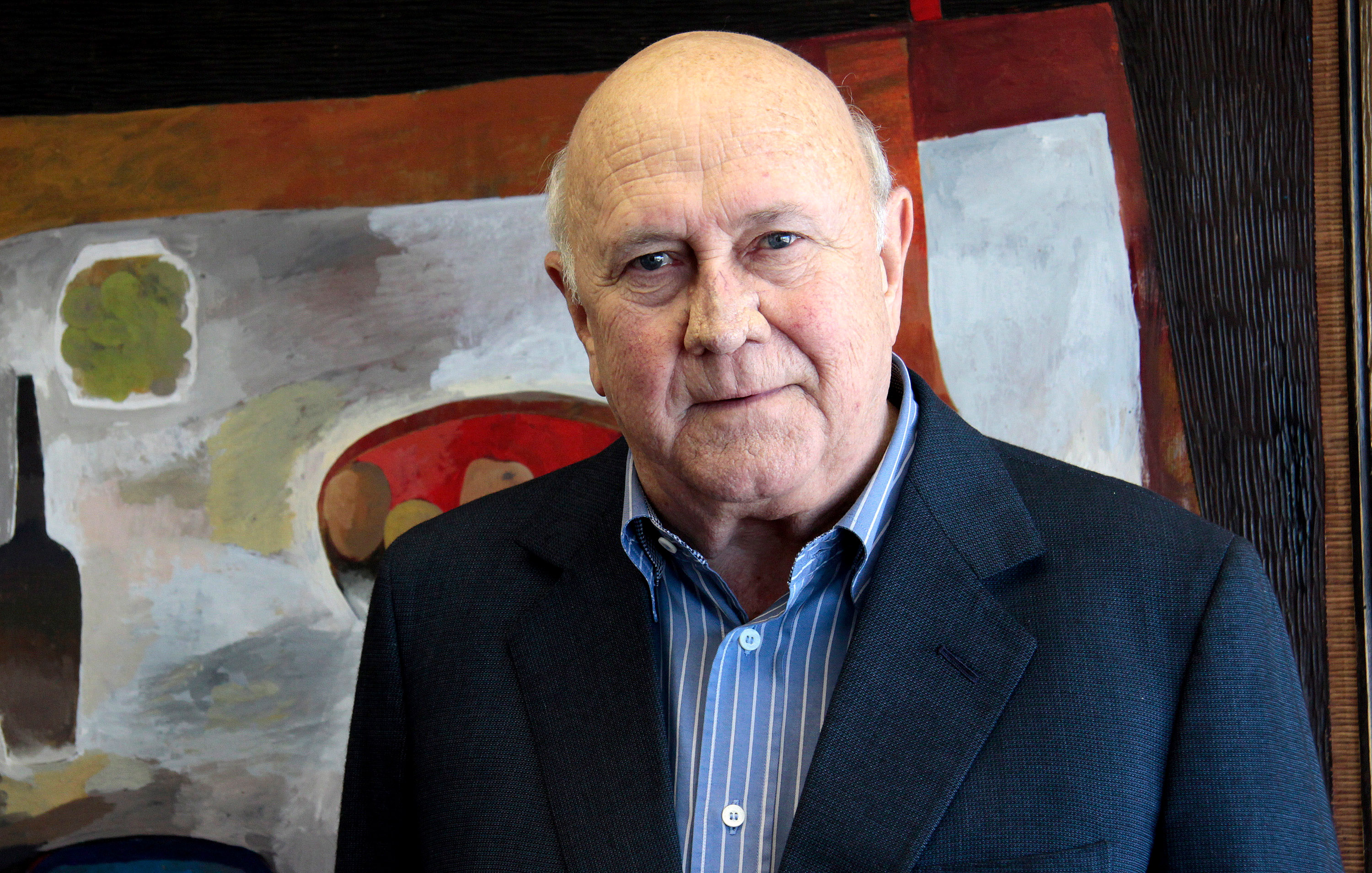 De Klerk died on Thursday morning at his home in Cape Town, the FW de Klerk Foundation said in a statement.

In a historic speech to South Africa's parliament on February 2, 1990, De Klerk announced that Mandela would be released from prison after 27 years.

The move was prompted by South Africa's deepening isolation and its once-solid economy deteriorating.

Amid gasps, several members of parliament members left the chamber as he spoke and nine days later, Mandela walked free.

The announcement electrifying a country that for decades had been shunned for its brutal system of racial discrimination.

The pair went on to share the Nobel Peace Prize for brining about a peaceful end to apartheid.

De Klerk was the son of a senator and minister from the National Party, the brought in the apartheid system.

He trained as a lawyer and himself entered South Africa's white-only Parliament in 1972.

De Klerk was in office until 1994, when Mandela's African National Congress party swept to power.

He became the the first leader of the opposition after the election and led his party in a government of national unity until he retired from politics in 1997.

The former president was diagnosed in March with mesothelioma, a cancer that affects the tissue lining the lungs.

He is survived by his wife Elita, his children Jan and Susan and his grandchildren. 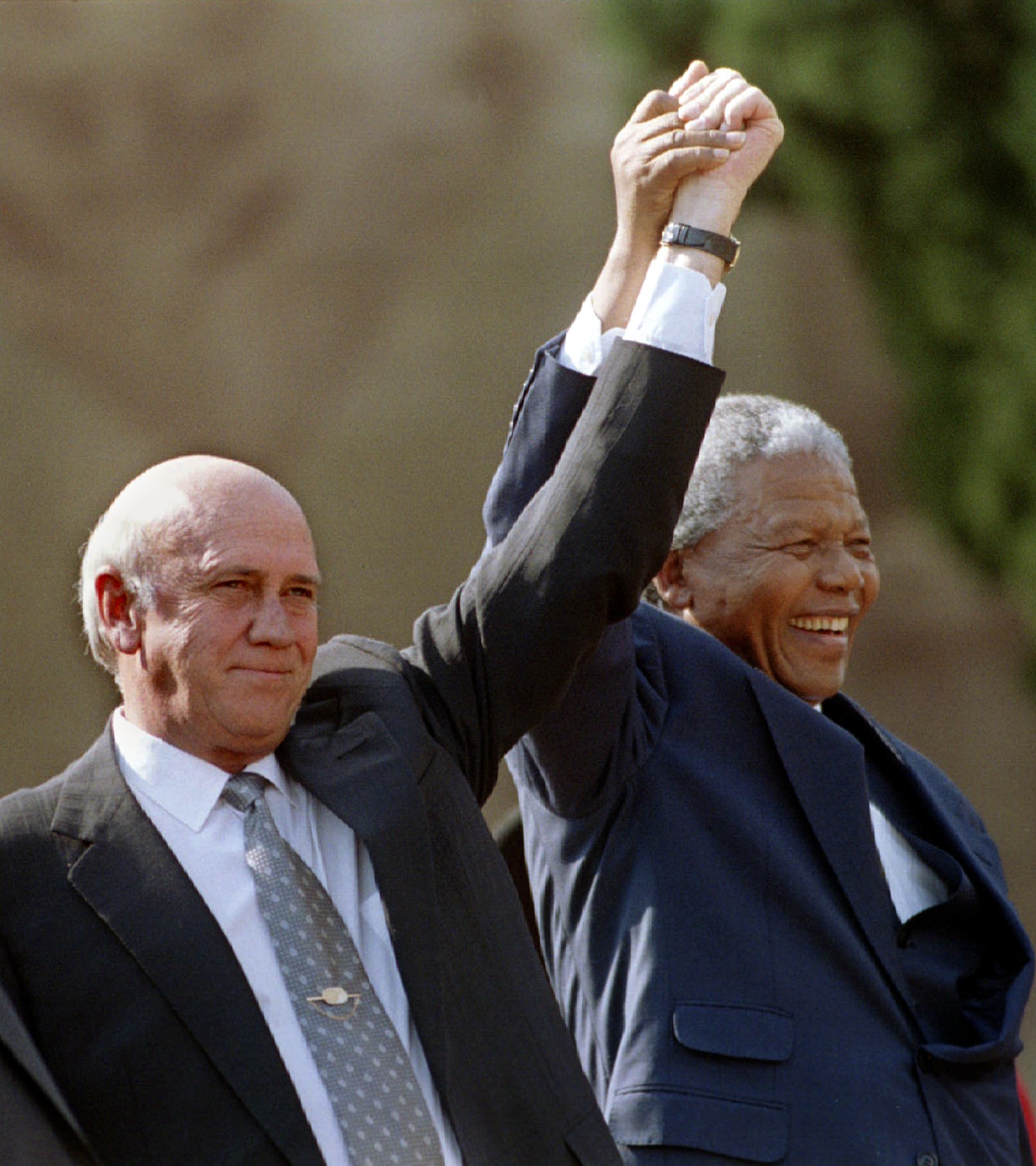