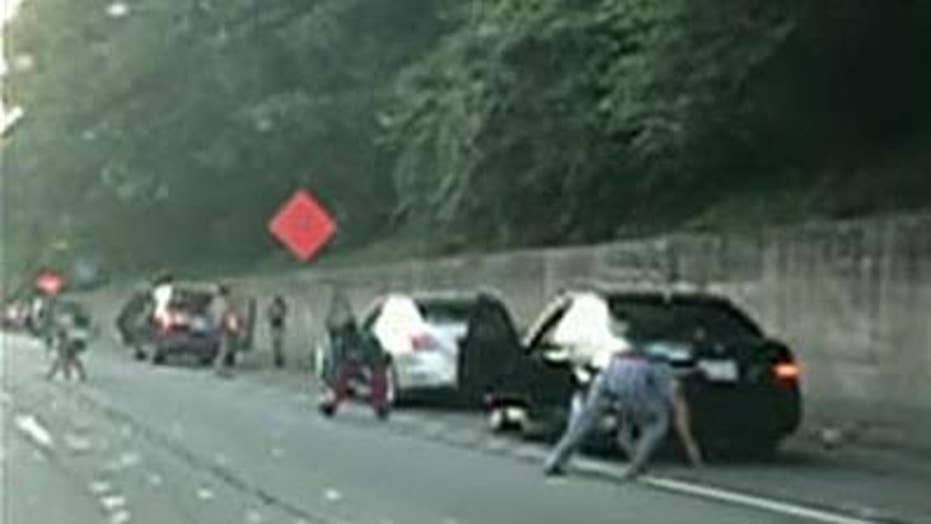 Police urge motorists to return the money plucked from the roadside.

Georgia cops were pleasantly surprised when several Good Samaritans turned in thousands of dollars that spilled out onto a highway earlier this week after the side door of an armored truck suddenly opened.

Dunwoody Police said several people have turned in money they picked up along I-285 near Ashford-Dunwoody Road on Monday night, when the door mishap sent an unspecified amount of money flying into the air.

“So, believe it or not, some people have been returning the money that fell from the armored car,” police said in a Facebook post, calling it a “bizarre occurrence.”

Police shared the image of one do-gooder who was later identified as Randrell Lewis.

According to The Washington Post, Lewis brought back $2,100 while other people brought in a combined $2,300.

Lewis told WXIA that while he thought about what the money could do for his family, he ultimately decided to return it because it wasn’t worth the legal trouble. 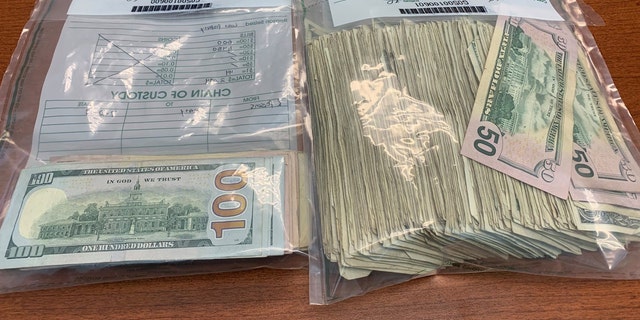 At least $4,400 was returned to authorities.
(Dunwoody Police Department/ Facebook)

Authorities said that anyone caught taking the money would be liable for theft.

Officials were still urging greedy drivers on Wednesday to stop blocking the roadway as “THERE IS NO MORE MONEY!” police said in another post.

The initial report of money flying across the highway came in at around 8 p.m. Monday. Callers informed dispatch that there were at least 15 cars on the highway that stopped to pick up the cash.

Once on the scene, police discovered the armored truck as the source of the money. The crew was only able to gather a few hundred dollars at the time.

Police estimate the total missing cash at around $175,000.