US ambassador Caroline Kennedy’s arrival was always going to wow Canberra. Daughter of JFK and inspiration behind Neil Diamond’s hit Sweet Caroline, Kennedy is the kind of American royalty far too illustrious to be living in the cold capital.

But Kennedy – by far the highest-profile American ambassador we’ve ever had – is a big enough deal that people come to her, and at a meet and greet on Wednesday, business, political and cultural leaders flocked to the embassy for a chance to kiss the ring. 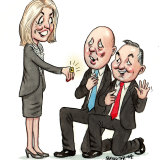 Cardboard box billionaire Anthony Pratt, who was Australia’s most generous political donor, made an appearance, although we imagine his very public friendship with former president Donald Trump can’t have gone down well with the Democrat.

We hear it was a whirlwind affair – just an hour and a half all up. Hope 15 seconds with a Kennedy was worth the trip.

You might think former health minister Greg Hunt, who retired from politics at the last election, might be sick of talking about COVID. Not so. Hunt is set to address – via Zoom – a Boston-based conference for medical journalists called “the health coverage fellowship”, as the minister “who led Australia’s pandemic response”. 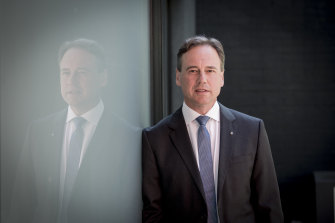 The fellowship, which is backed by the Blue Cross Blue Shield Association of Massachusetts – a not-for-profit health insurance company – will put Hunt on a panel to provide lessons for the future from countries who “handled the pandemic right and those that demonstrably didn’t”, alongside two American epidemiologists.

In other words Hunt is representing Australia’s COVID success to the world, even if criticisms over his speed in procuring vaccines, and the Morrison government ceding most pandemic heavy-lifting to the states and their chief health officers hasn’t been forgotten over here. 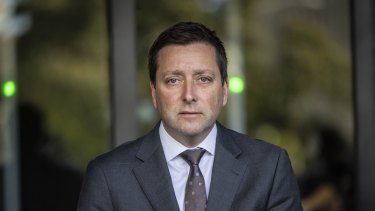 Inspired, a group of protesters donned lobster costumes and picketed outside Spring Street on Thursday, with placards declaring: “This guy smells fishy.”

The snap protest had an unexpected visitor, when underworld figure Mick Gatto drove past in a car, pulled up and asked Seven News reporter Sharnelle Vella what was going on.

Just another day of alleged crooks and crayfish for the embattled Liberal leader.

It was awkward timing for the Property Council’s biggest event of the year.

To a room filled with 350 mostly white people, Property Council national chief executive Ken Morrison said it had been a difficult few weeks and praised the Victorian team for their “resilience” and “commitment”.

He wished Hunter “nothing but the best” after the “powerful advocate” had “sadly departed” and announced Adina Cirson, Finance Minister Katy Gallagher’s former staffer, will replace her in the interim.

While the council no doubt wanted conversation focused on getting city workers back into the office, we’re told gossip was lively in the Savoy Ballroom.

What better way to spend your Friday lunch than rubbing shoulders with mining execs?

The Melbourne Mining Club is hosting its fourth luncheon for the year on Friday, with Rio Tinto’s Australian chief executive Kellie Parker delivering the keynote address. 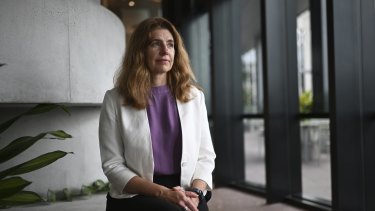 The “club” is a lobby group and networking forum for “the biggest names in industry” but when CBD contacted the organisers to inquire about the guest list, the shutdown was swift. The event or its attendees are not advertised, we were told, to prevent pesky activists turning up to ruin the fun.

The venue? None other than the Melbourne Town Hall – home to the progressive city council that declared a climate emergency in 2019.

The event is sponsored by corporate heavyweights ANZ Bank, EY, KPMG, a raft of lesser known mining companies and … the Victorian government. Who said mining subsidies were on the way out?

CBD has kept a keen eye on the movements at energy giant AGL after billionaire Mike Cannon-Brookes’ raid triggered a wave of resignations. The latest is longstanding legal eagle John Fitzgerald who joined Tabcorp last week after 14 years with the company.