Retired florist, 73, is spared jail despite killing her ex-teacher friend, 62, by mowing her down in car while she helped her reverse out of disabled bay only to run her over a second time in blind panic 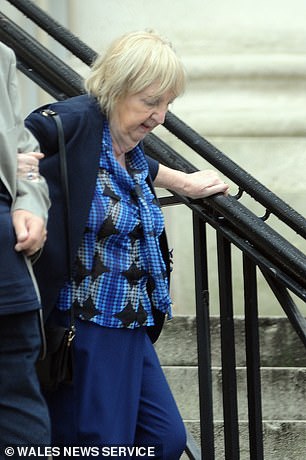 A grandmother who killed a close friend by driving over her twice was let off a jail sentence after a court heard she has dementia.

Pensioner Carol White, 73, was being guided out of a disabled parking spot when she hit retired teacher Barbara Calligan, 62.

The two friends had been to their regular art class together in Abergavenny, South Wales, in March last year when the tragedy occurred.

Cardiff Crown Court heard retired florist White had written to the DVLA over concerns about her health but was passed fit to drive.

A court heard eyewitness and local butcher Gareth Beaven watched in horror moments after telling a customer: ‘Watch out, she’s a bad driver’.

Prosecutor Jason Howells said: ‘Mr Beaven said he heard an engine revving before the Subaru went up the two foot wall with two wheels on the wall.

‘He then heard the engine rev again before the car surged forward hitting Mrs Calligan and dragging her under the car. 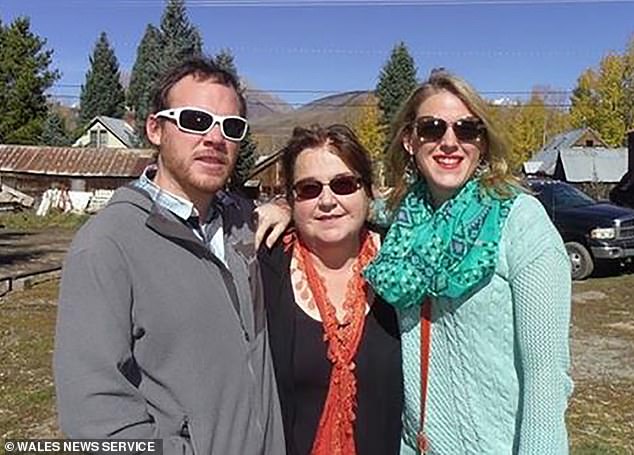 Barbara Calligan is pictured with her son Andy and daughter Izzy, who both have impact statements to be read in court

Her son Andrew Calligan said: ‘My whole world has been turned upside down. My mother was a kind, fun and uplifting person to be around.’

The prosecutor added: ‘He describes her as being his anchor, his torch and compass. He says he has contemplated taking his own life.’

White was jailed for 16 months, suspended for 12 months, after admitting causing death by dangerous driving.

Jeffrey Jones, defending, said: ‘Doctors concluded that the onset of dementia would have contributed to the accident. 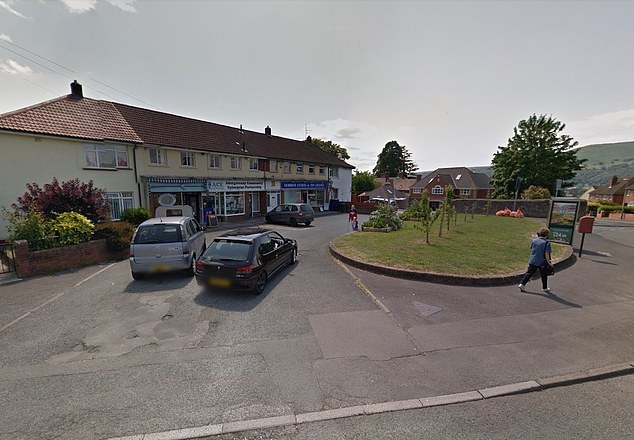 The two friends had been to their regular art class together in Abergavenny, South Wales, in March last year when the tragedy occurred (shown is the car park)

‘She had contacted the DVLA prior to Ms Calligan’s death to express concerns about her health but was passed fit to drive after an assessment.

‘Mrs White has shown genuine remorse and upset for her friend’s death.’

Recorder of Cardiff Judge Eleri Rees said she was able to hold back from sending White to jail because it was an ‘unusual case’.

She told her: ‘This was an appalling incident – you struck the victim twice as she tried to assist you.

‘In moving tributes, she was described as a wonderful woman, a loving and caring mother.’

White, of Crucorney in Abergavenny, was banned from driving for life.