‘I didn’t think she’d get past week one!’ Great British Bake Off star Ruby Bhogal’s own MOTHER admits she feared her time on the show would be short and sweet

Great British Bake Off’s Ruby Bhogal’s own mother has admitted she didn’t think she was going to make it past week one.

Ruby, 29, who has already sent viewers into a frenzy with her good looks, looked destined to be its most short lived as Bhogal’s efforts in Biscuit Week very nearly saw her axed.

Instead, her rival Imelda McCarron was sent home as a clearly stunned Bhogal hugged her and told her: ‘That must have been the closest of calls. It should have been me.’

Now even her own mother has admitted that she didn’t think her daughter would make it past the first week.

Speaking exclusively to MailOnline, Kelly Bhogal, 63, said, ‘I was glued to the TV, on the edge of my seat. 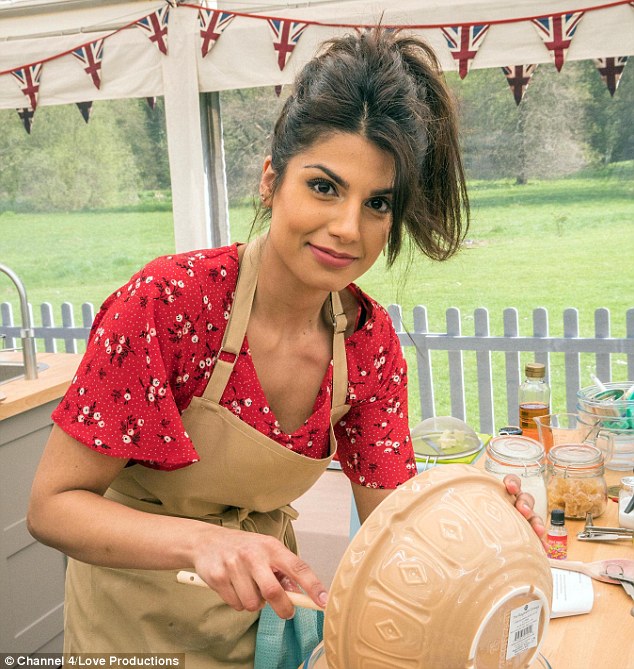 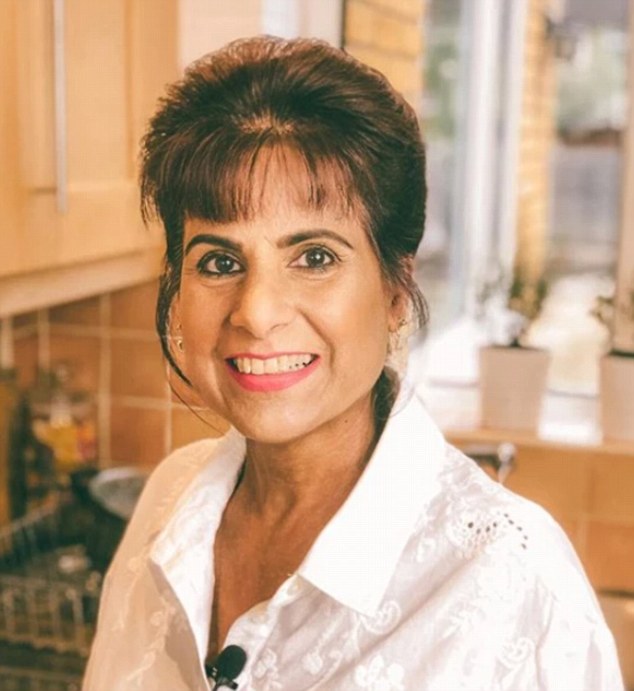 ‘We don’t know how far she’ll go and my heart was breaking because I was watching and I was thinking, ‘This is over.’

‘I didn’t think she was going to make it past week one.’

Certainly, if she had left, Bhogal’s army of GBBO fans would have been heartbroken too.

With her effortless good looks and loose ponytail Bhogal had set pulses racing before she’d even put on her pinny.

Her rapid rise to fan favourite is clearly not lost on the show’s producers or the permanently twinkling Paul Hollywood.

Bhogal received nearly twice as much camera time as Jon Jenkins despite his efforts impressing the judges more. And at  five minutes 38 seconds she got more air time than the first week’s Star Baker, Manon Lagreve, who only got  four minutes 30 seconds.

Week one was biscuit week with the twelve bakers tasked with baking a signature biscuit, a wagon wheel for the technical challenge and rounding it off with their own Showstopper – a biscuit selfie.

But Bhogal’s nod to her Indian heritage with her Masala Chai biscuits did not impress judges Hollywood and Prue Leith. 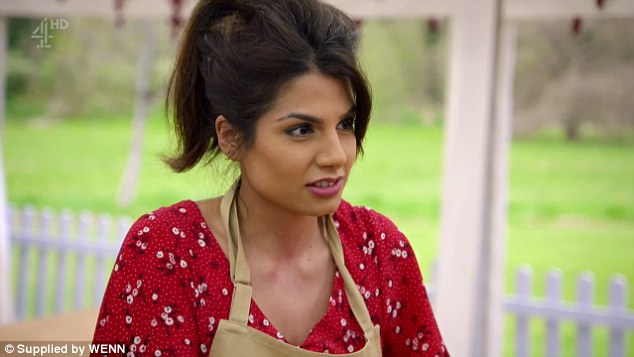 Nor did her failure to bake the correct number of biscuits – she baked 25 not 24 – a mishap she blamed on her ‘bad maths.’

Her fortunes seemed to have turned during the technical challenge as Bhogal’s Wagon Wheel ranked first.

But they lurched downwards again as she failed to finish her showstopper – ironically a selfie of her completing the London marathon.

Nibbling the biscuit Hollywood noted there was ‘an odd taste of cinnamon’ while Leith described it damningly as ‘very dry.’

By Bhogal’s own admission she is no master baker. Her passion for the pursuit is, she said, relatively recent and really only took off in 2016 with a ‘divine’ Black Forest cake.

Before that, she said, she baked for her seven housemates as a student of Liverpool University.

Speaking at the show’s launch Bhogal said, ‘Because I am so new to baking there are going to be so many people that will be shocked.

‘I don’t really post about my baking on social media, so I am sure my friends are going to be surprised.’

Bhogal had actually applied for GBBO a few years ago when her family encouraged her to enter after she made a pie out of Christmas leftovers.

As a child watching her mother make Indian sweets inspired her. 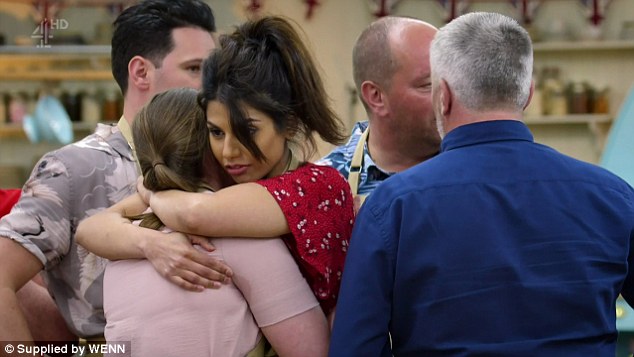 Ruby admitted that she expected to go first and was so shocked when her rival Imelda McCarron was sent home she hugged her and said: ‘That must have been the closest of calls. It should have been me.’

Hot on the heels of her daughter’s burgeoning profile, Kelly Bhogal has just launched her own cooking Instagram account and is soon to launch a Youtube channel, ‘Cooking With Auntie.’

But according to Bhogal, ‘I don’t have that heartwarming story where I have been baking with my nan since I was young.

‘I have always just been inspired by bringing people together with food and the happiness people have when eating.’

She admitted that her appearance on the show may blow her friends’ minds.

She said, ‘They know me for going out and going to the gym as opposed to being in the kitchen. I am a bit of an undercover baker.’