GREATER Manchester cops have been forced to self-isolate after a coronavirus outbreak at a force golf day. 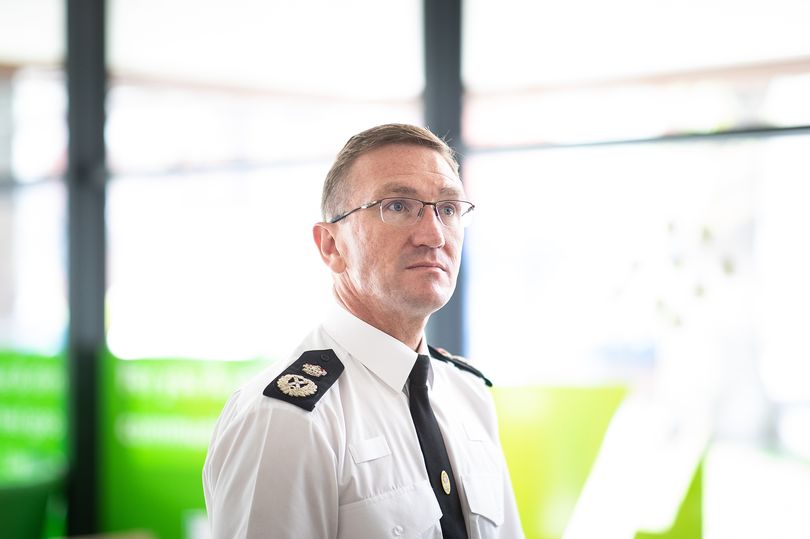 In a statement, GMP confirmed that "a number of officers" in Oldham returned positive tests, and that "other officers" were self-isolating "as a precaution".

GMP did not respond to claims that the outbreak was linked to a golf day, the Manchester Evening News reported.

The force said it had a Covid-19 plan to limit the effect of the virus on police, but said the bug "remains an ongoing concern for us as an emergency service".

Oldham went into lockdown on August 22, with residents ordered not to socialise with other households.

According to the Oldham Council, "informal sports activity" with people from outside the same household is not allowed.

The advice states: "You can play a team sport only where this is formally organised by a sports club or similar organisation, and sports-governing body guidance has been issued."

Social activities indoors and outdoors in Oldham can only be shared with people you live with and are in your immediate household.

The new rules came into force amid a spike in coronavirus cases in the North.

Oldham has the second-highest weekly infection rate in Greater Manchester and is significantly higher than the rate for all of England, according to Oldham Council.

The golf day outbreak comes as Britain's top scientists issue a Covid warning to the nation.

Chris Whitty and Patrick Vallance said in a televised speech that the UK is at a “critical point” and "this could move very fast" – warning the problem could last for six months.

As cases of the virus rise in the UK and across Europe, they explained how the virus is spreading as the nation moves towards winter.

Using charts and graphs to set out the latest figures, they showed how the virus isn't just spreading among younger people, but now older generations too – and more people are in hospital as a result.

Sir Patrick Vallance said: “In every age group we have seen an increase….It is now estimated that roughly 70,000 people in the UK have Covid infection and that about 6,000 people per day are getting the infection.

“If that continues unabated and this grows doubling every seven days then what you see… is by mid October we would end up with something like 50,000 cases per day."

200 people a day could be hospitalised by the middle of next month if the trend continues, he said.

Transport Secretary Grant Shapps has warned the country was at a "really critical moment" in the fight against an unstoppable tide of new infections.

Mr Shapps warned if the nation doesn't break the cycle of new infections, the UK is facing a future like France and Spain, who have shocking infection rates of 101.9 cases per 100,000 and 157 per 100,000 respectively. 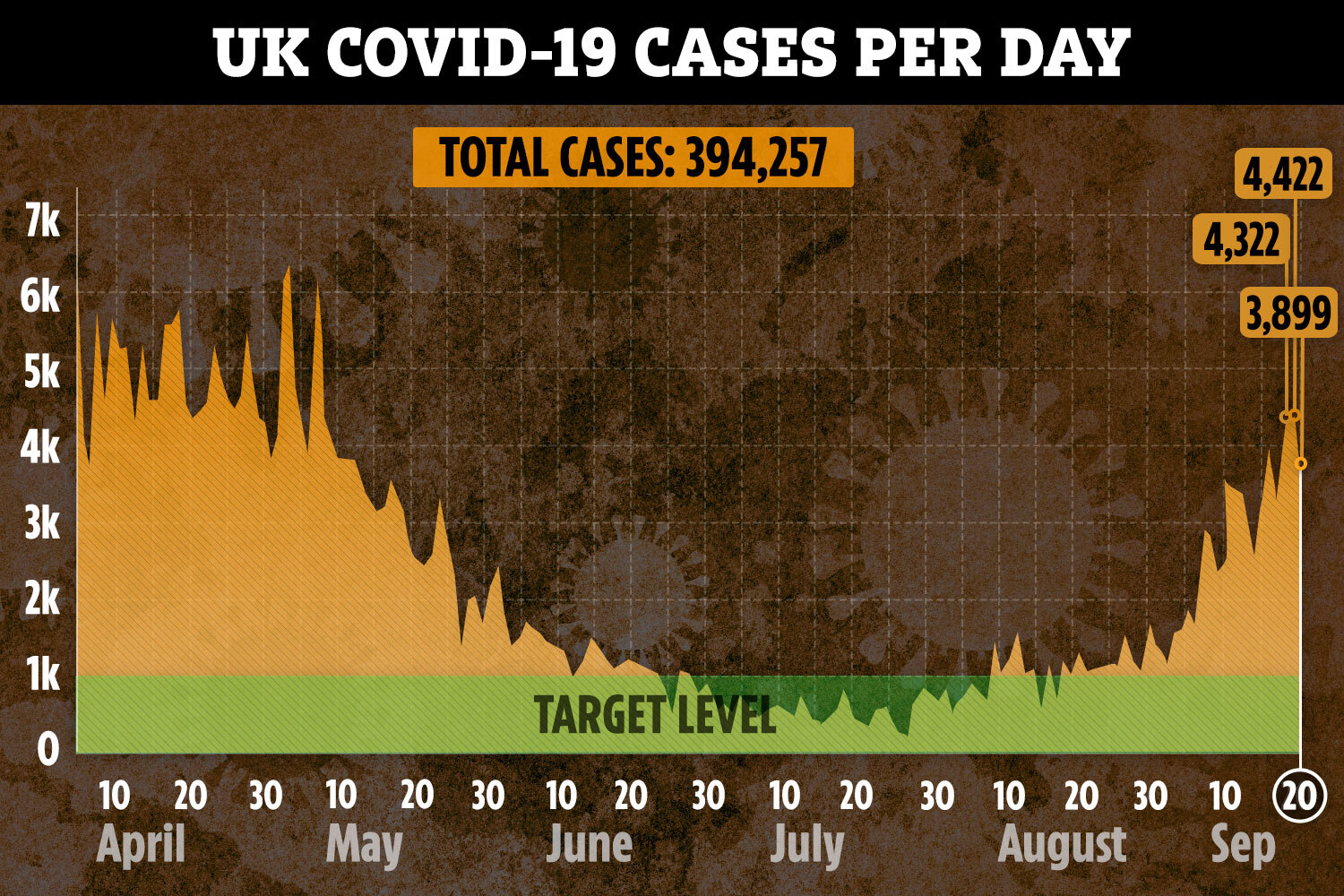 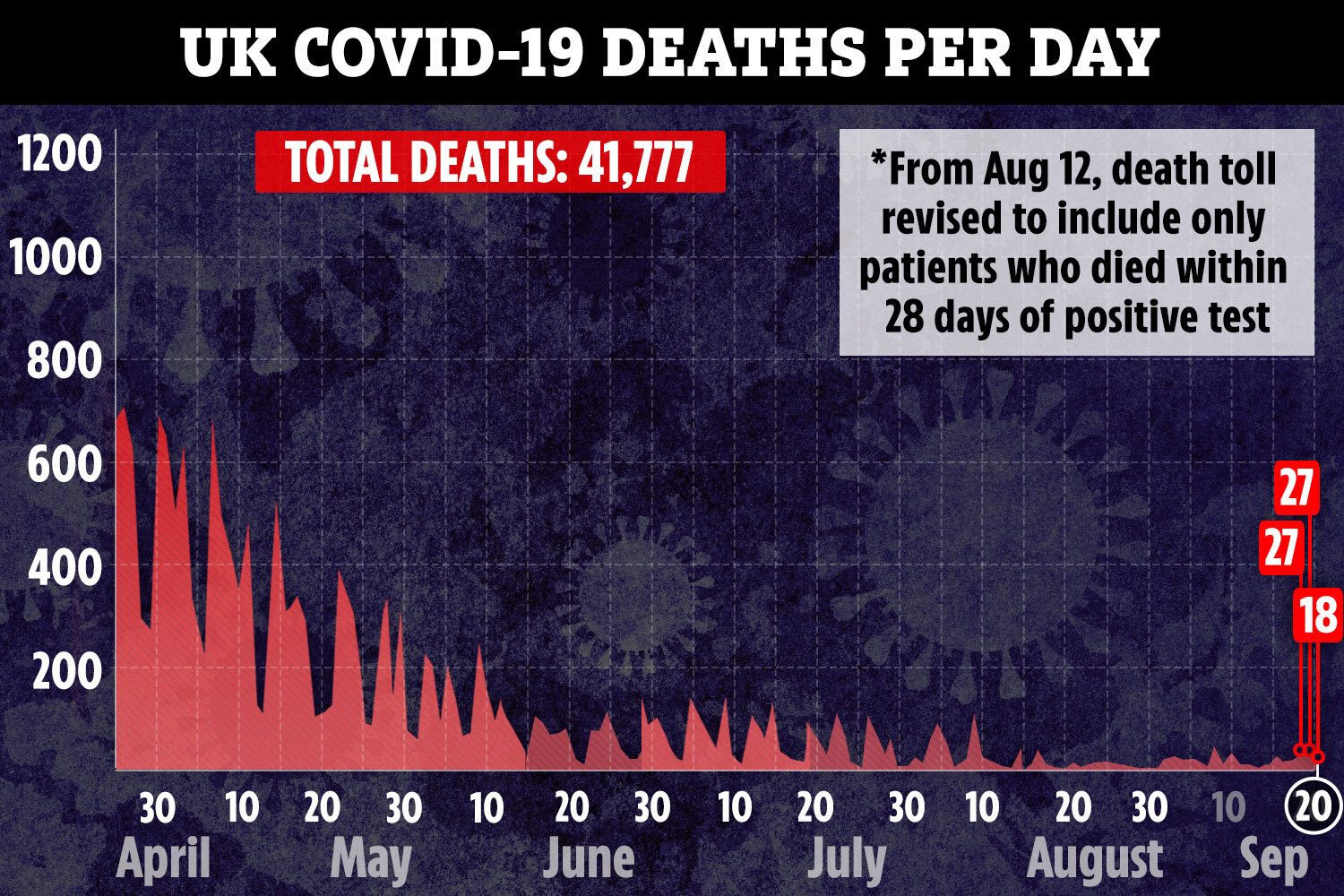