The country is undergoing an extended heatwave, with at least 15 days of temperatures over 35C recorded, according to the Korean Meteorological Administration (KMA). 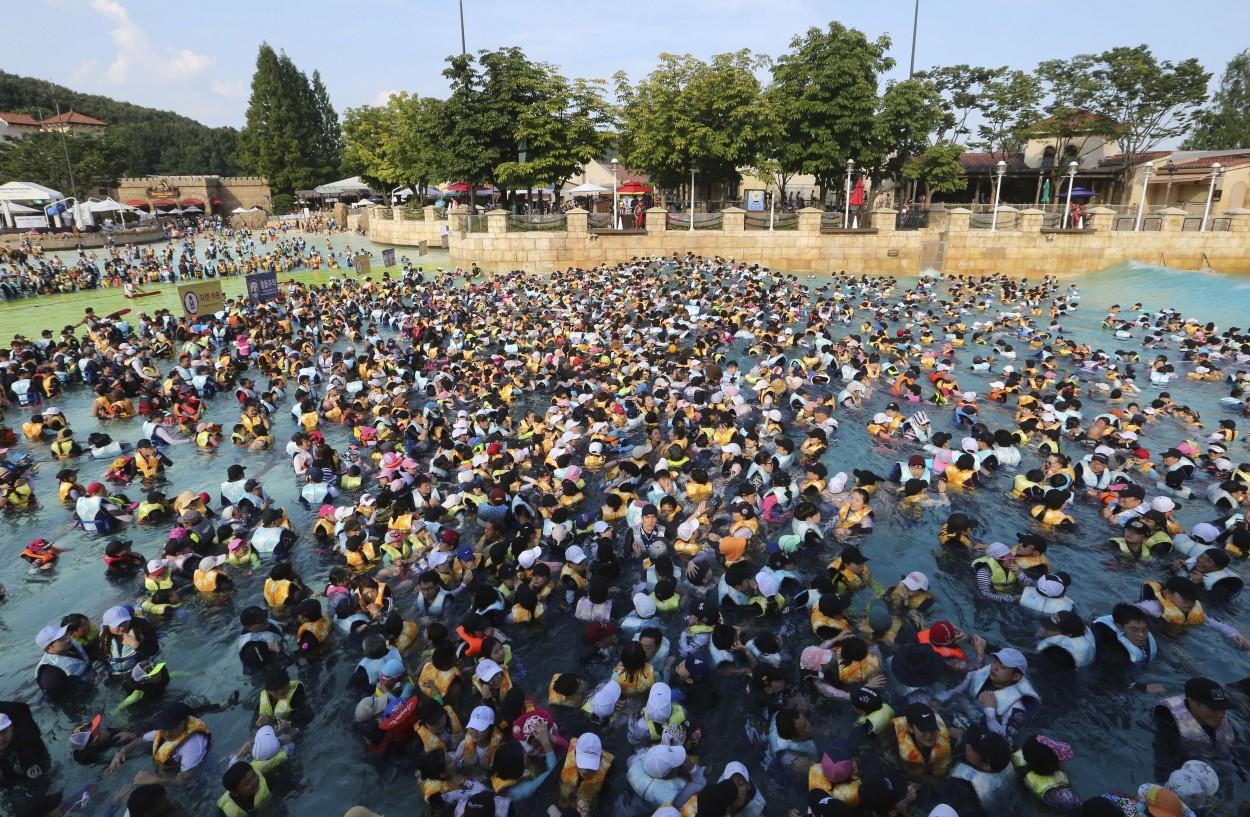 The Caribbean Bay swimming pool in Yongin, South Korea, was filled to the brim with people looking for some relief from the heat.

The pool, at one of Korea's largest water parks, is visibly jam-packed in the photos.

Across the country, Korean citizens have been dealing with unbearable heat.

Wednesday was the hottest day in 111 years, with temperatures reaching 40C. 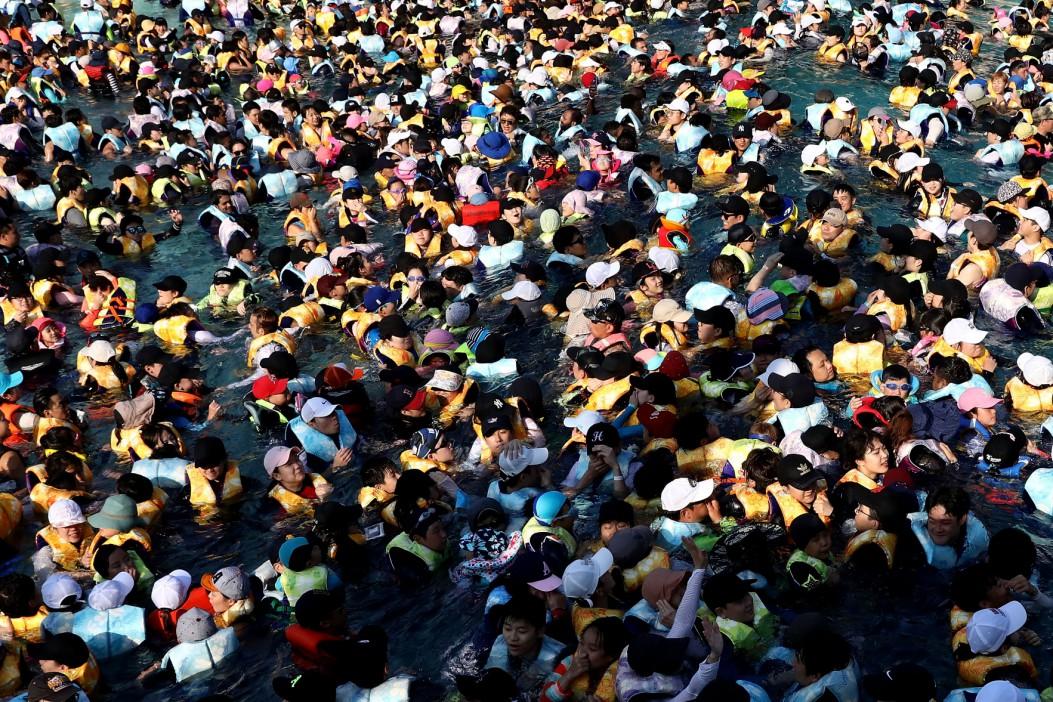 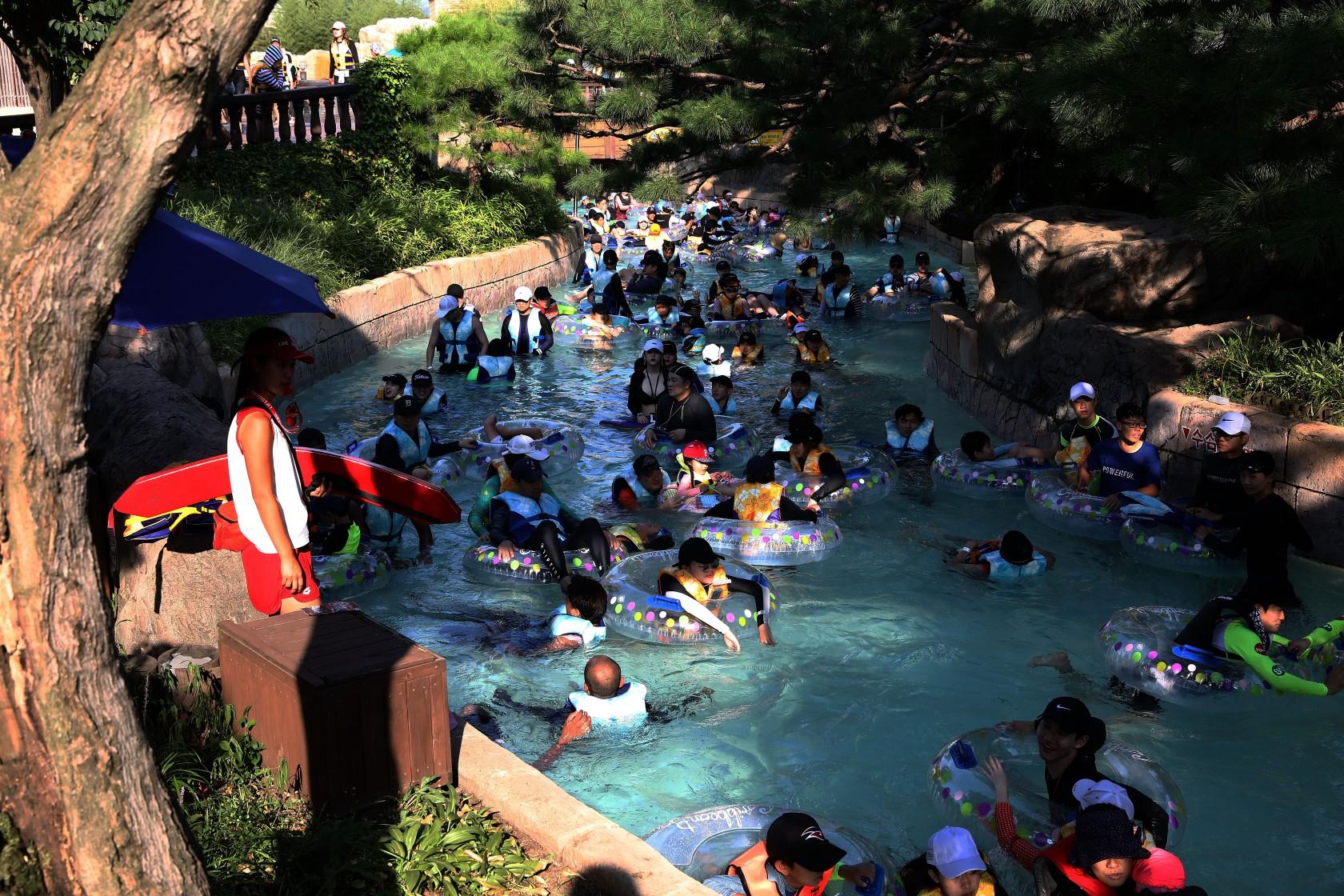 According to authorities, more than 28 people have died due to the heat.

Over 2000 have suffered heat related injuries.

Rising temperatures have led to the death of over 3 million livestock in the country.

Vegetable prices have also doubled because of reduced supply.

Elsewhere in the world, people are feeling the heat.

Hot African air has led to numerous European countries – such as Spain and Portugal – suffering from extremely warm weather.