A WOMAN has shared a heartbreaking photo which lays bare the reality of drug addiction after her brother-in-law's fatal overdose.

Nichole Cicotte posted the image of her family surrounding Chris Pennington, 35, as they said their goodbyes to him in hospital. 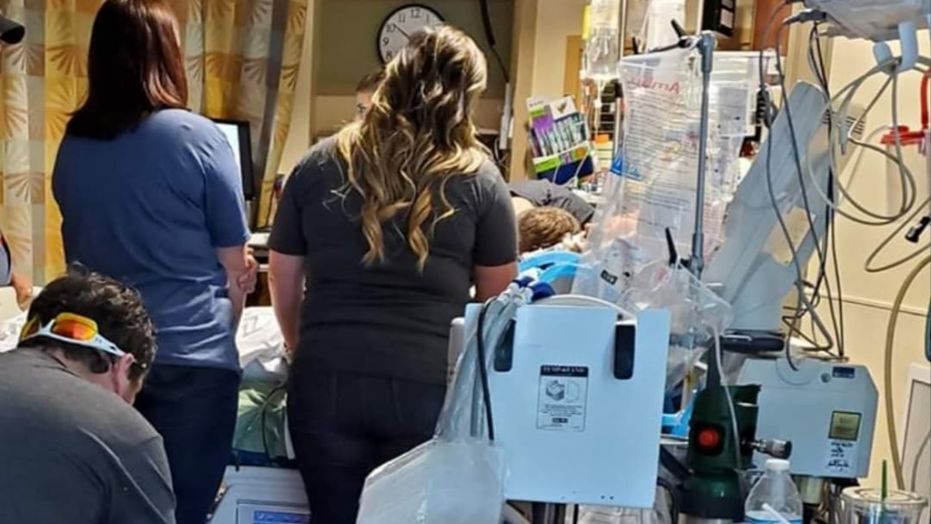 The dad-of-two, from Michigan, US, died on June 1 from an overdose of cocaine and fentanyl – a powerful opioid painkiller.

Writing alongside the image, Nichole said: "This is addiction. It's a 3am phone call that we knew was coming, but prayed it never would.

Addiction is… a 3am phone call that we knew was coming, but prayed it never would

"It's a doctor having to tell another family that their loved one is legally braindead. It's a mother's heart being ripped out from her chest.

"This is a room (and a whole hospital waiting room) full of brothers, sisters, nieces, nephews, cousins, aunts, uncles, and friends beating themselves up that they didn't do more to save you.

"It's a daughter and a son who have to figure this world out without their dad. 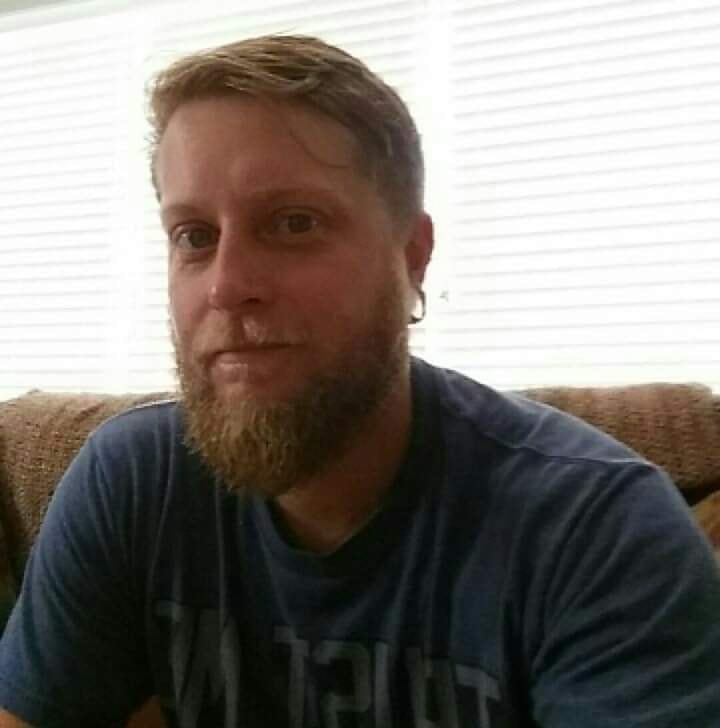 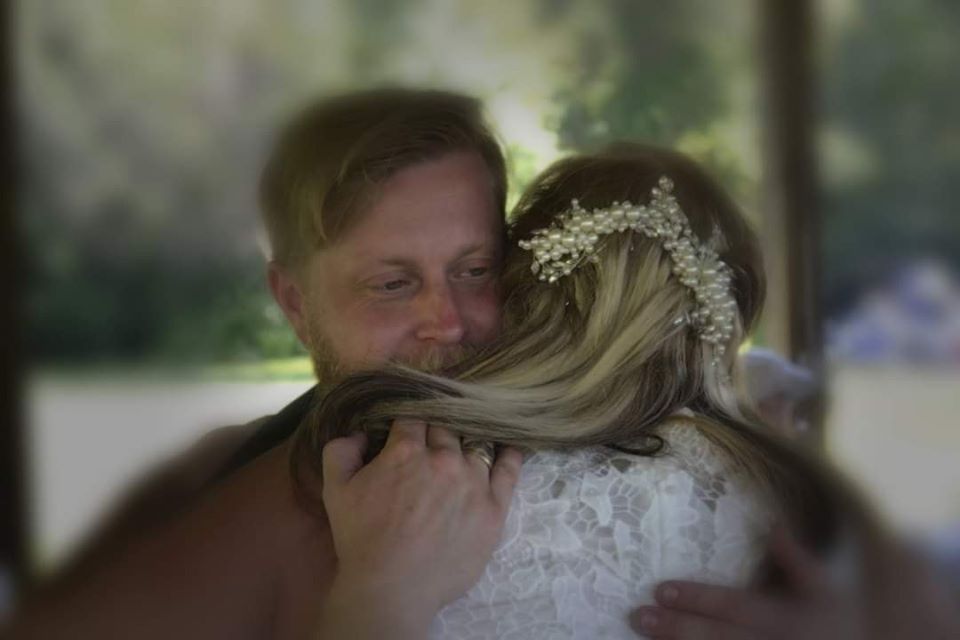 "This is an empty chair at every family event. This is waking up on Monday morning feeling empty. Feeling angry, because how could you do this to us?

"Feeling sad because we know you fought so hard to recover. Feeling guilty because we wonder if we could of done more to save you.

"Feeling a sense of relief that you're no longer battling your demons. Finding comfort in knowing the Caucasian John Doe they have in the morgue isn't you."

The post continued: "This is a man who loved with everything he had. A man who valued family more than anything. A father who adored his children. A son, a brother, a goofy uncle, a friend to anyone who had the pleasure to know him.

"This is 6 months without you and still not knowing how to process that you're gone.

"This is addiction. Drugs don't love you. Your family and friends do."

Speaking to DailyMail.com, Nichole explained that her brother-in-law had struggled with addiction since he was a teenager.

He was already abusing alcohol and prescription pills when she met his brother and her now husband Mike Cicotte 11 years ago.

Chris went into rehab earlier this year and managed to stay clean for a few months, but fell off the wagon again. 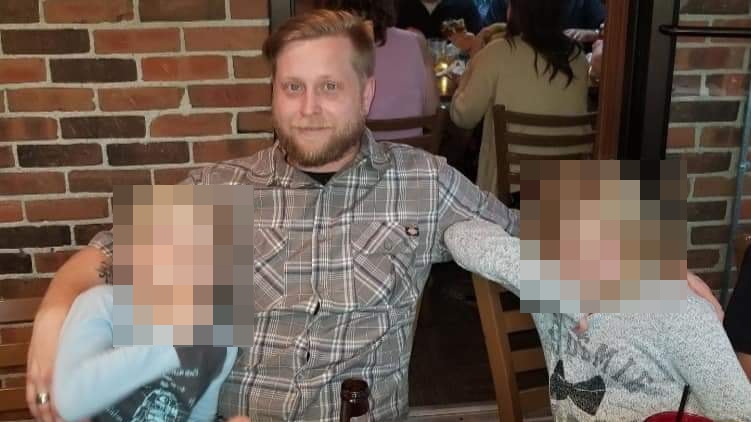 She said: "He had his ups and his downs, but his downs were worsening over the years.

"Towards the end, he lost everything. His house, his job, relationships were broken."

He had his ups and his downs, but his downs were worsening over the years

Nichole was on a trip to Disney World with her husband and children in May when they received several missed phone calls from the family.

Chris had been taken into intensive care after going on a drug binge and had taken cocaine laced with fentanyl.

The photo she posted on Facebook, which has since been shared more than 16,000 times, was taken as the family surrounded Chris in hospital.

It shows a man, who Nichole later identified as her husband Mike, sitting on a chair with his head in his hands.

She wrote: "The man mourning is my husband mourning the loss of his big brother."

Nichole decide to share her family's grief in the hope that it can help others suffering from addiction and encourage them to quit.

The mum said: "They're not junkies. They're someone's family and they're loved dearly. Overall, I hope at least one addict sees my post and chooses the path of recovery before they end up being taken away by this disease."

She later updated her post to include a link to a Facebook page that her mother-in-law set up after her son’s death called “Parents of Children Who OD’d.”

Fentanyl has been blamed for the opioid crisis currently gripping America as well as the high profile deaths of Prince and Mac Miller, among others.

Last year, officials warned New Yorkers of taking cocaine as drug dealers had mixed it with the opoid.

Ray Donovan, from the New York branch of the Drug Enforcement Agency, told SiLive: "Fentanyl is not just a game changer, it ends games and ends lives.

"Fentanyl is the most lethal drug threat on our streets today because it is cheap, it is unregulated, it is being mixed with other drugs and it is man-made."

Much of fentanyl found in the US, originates in China.

Authorities have found inconsistencies in the doses of fentanyl contained in the same batch of pills. Mexican cartels also produce the drug from precursor chemicals, mainly imported from China.

Fentanyl was first created in the 1960s as a treatment for cancer pain and a more powerful form, carfentanyl, is used to tranquilise elephants.

The drug – which is commonly cut into street heroin – hit headlines after musician Prince died from an accidental overdose in 2016.