Anthony Condron, 29, was subjected to “unprovoked and senseless” attack by Paul Byrne outside Maya nightclub in Liverpool. 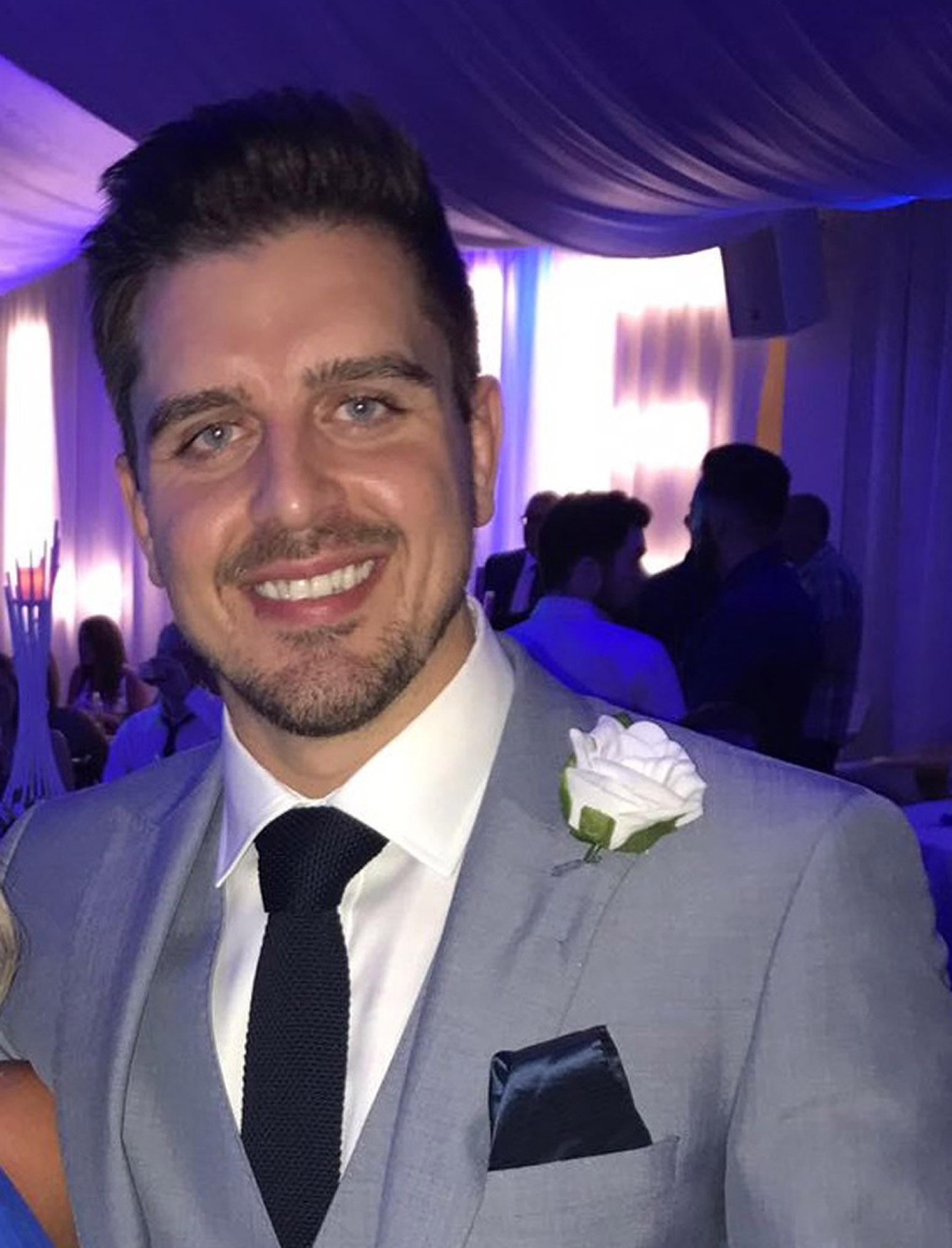 He was punched twice in the head by his attacker and died before he could be taken to hospital.

Byrne admitted manslaughter and is due to be sentenced next month.

Bragging messages exchanged between Byrne and other pals show them joking about the night. 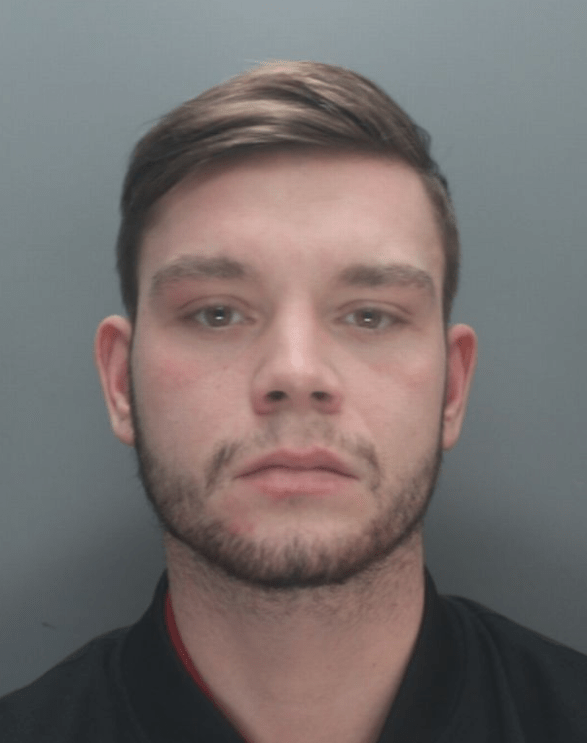 He writes: “Liam hahahaha I got flopped after dropping some kid hahahahaha"

He later writes: “Had a glass jaw like Amir Khan as well."

However, after back and forth about their night out – the group's bravado quickly turns to panic when Byrne informs Booth that someone died outside the night club.

He writes: "Our Jays just text me about maya. One of the lads has died." 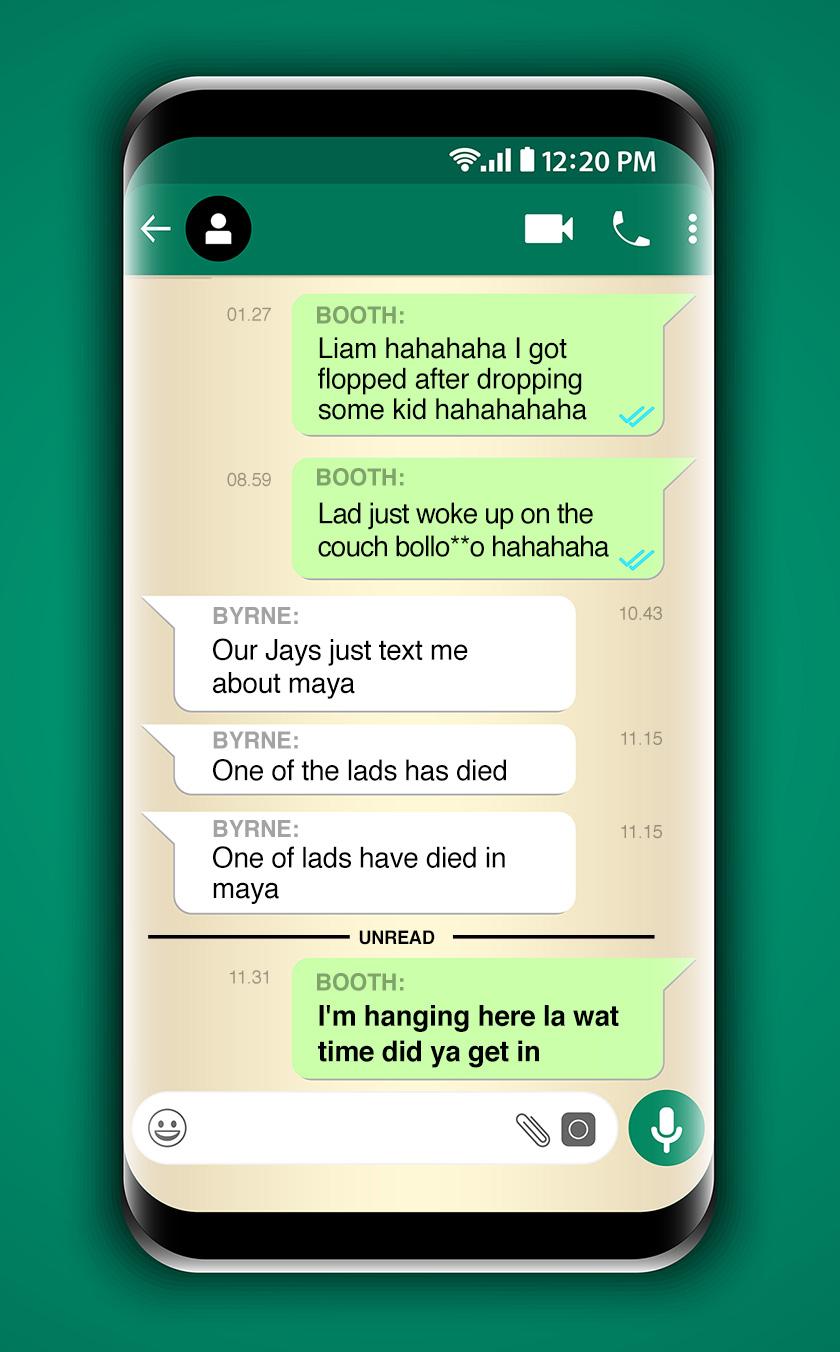 The pals then exchange a number of short phonecalls the news of Anthony's death trickles through.

Booth was later sentenced to 16 months in prison and ordered to pay £1,000 in compensation to Mr Goffett who suffered a broken leg when he was knocked to the ground.

Speaking during a trial, John McDermott prosecuting, accused both Booth and Byrne of showing no remorse for their violence.

He told Liverpool Crown Court: “The incident which left one man dead or dying and another unable to walk appeared to leave no mark on their consciences."
While Judge Clement Goldstone said Booth had showed an attitude of “triumphalism” which was “beyond the pale”.

01.27 Booth text message to unidentified person: "Liam hahahaha I got flopped after dropping some kid hahahahaha"

10.43 Byrne text message to Booth: "Our Jays just text me about maya"

11.15 Byrne text message to Addison: "One of lads have died in maya"

11.53 Booth to WhatsApp group 'Boysssss': "I woke up bollocko on me couch ther la hahahahaha"

11.54 Booth to WhatsApp group 'Boysssss': "Had a glass jaw like Amir Khan aswell"