HERMAN Cain may have died from the coronavirus in July, but his Twitter account continues to posthumously attack Joe Biden’s Vice President pick Kamala Harris.

Cain’s account, which has since switched over to the name “Cain Gang,” is being maintained by the family of the prominent Republican, his daughter Dr. Melanie Cain Gallo wrote in a post published to his website. 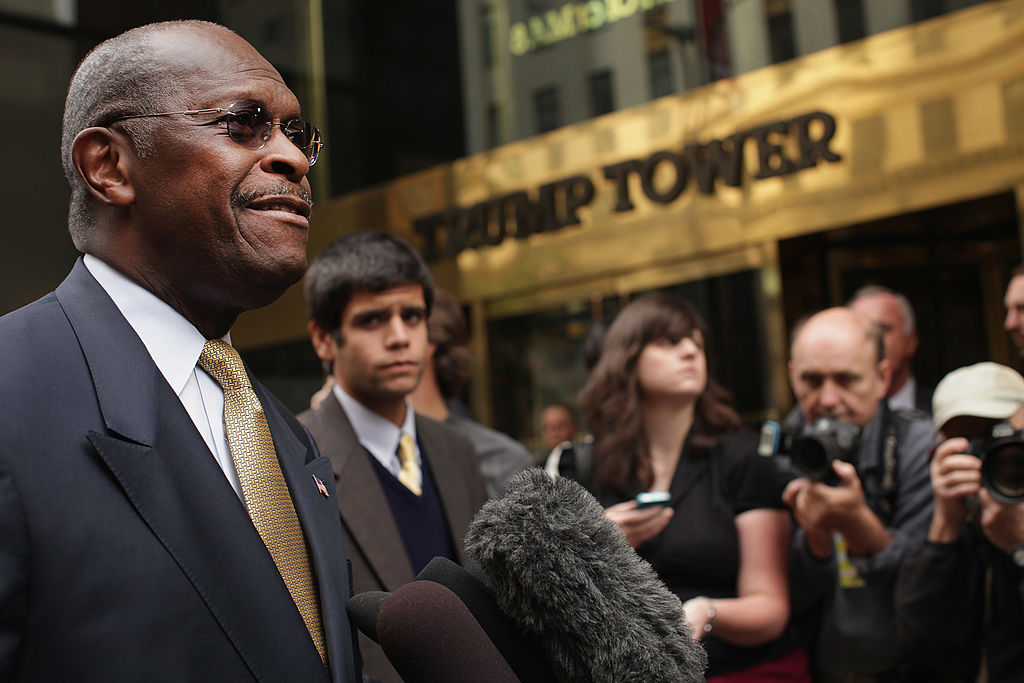 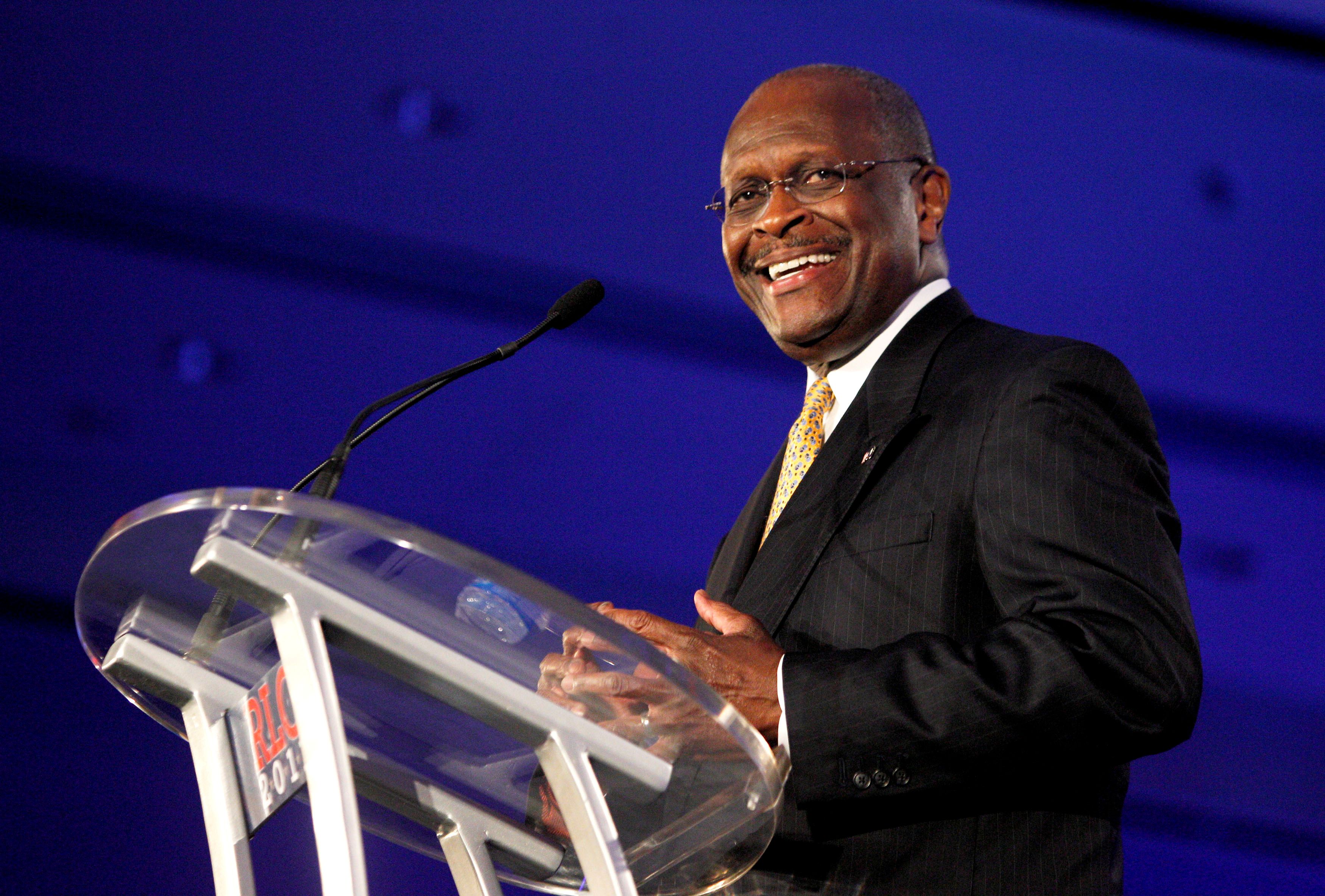 “Just in case you thought Biden's candidacy was going to be anything other than completely nuts, team Trump has released a new video,” wrote the Cain Gang, a moniker created by the late businessman himself. 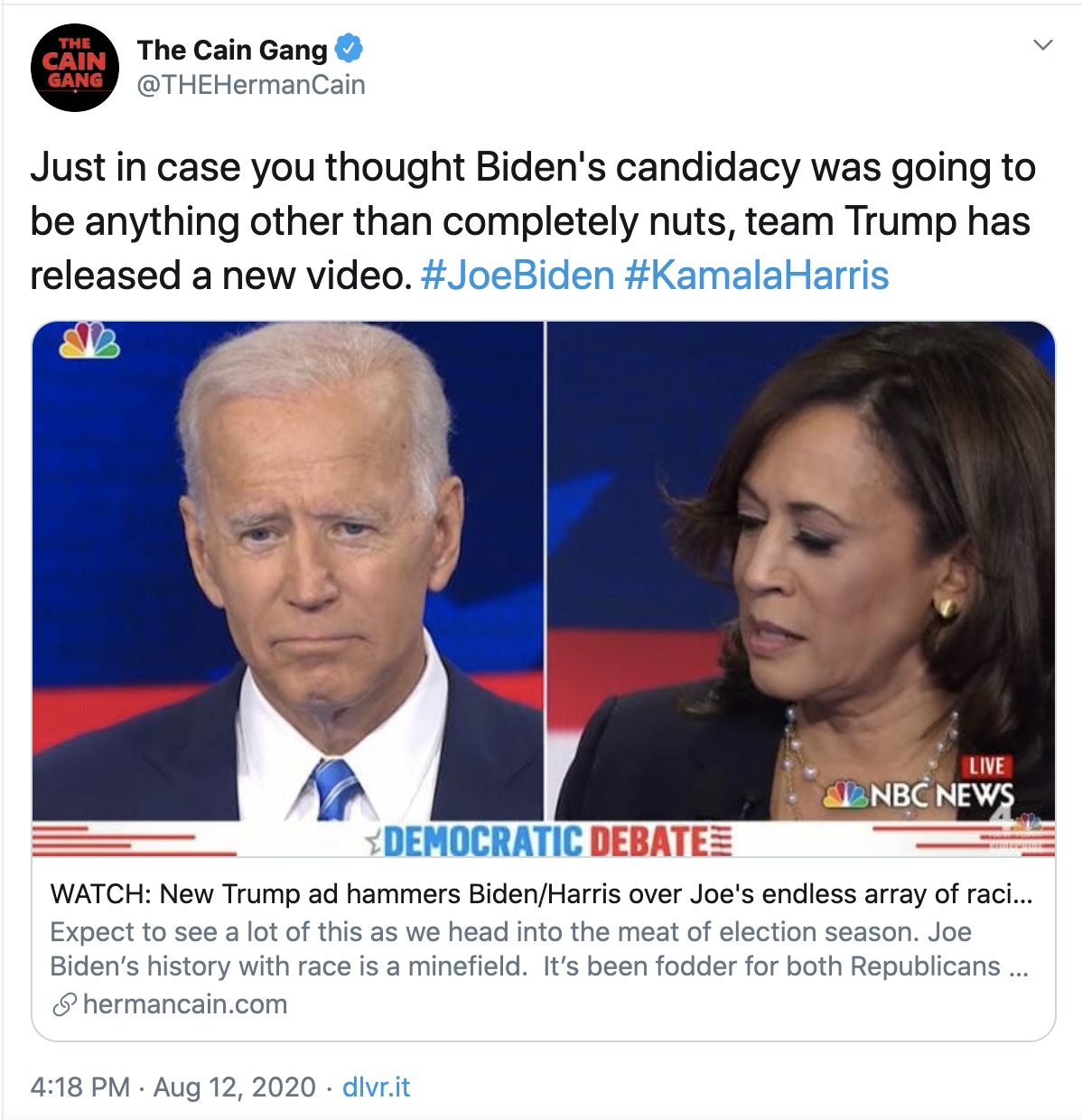 “What liars! She had the most liberal voting record in Senate in 2019! She co-sponsored Green New Deal. She wants to get rid of private health insurance,” Giuliani wrote.

Cain’s Twitter account continued its rampage with a link to an article on his website slamming a prior veep contender, Michigan Gov. Gretchen Whitmer – who is reported to have turned Biden down twice for the position.

“Whitmer told Biden no? Er, why are we skeptical? Oh, right, because this is Gretchen Whitmer we're talking about,” the account tweeted.

But Cain Gallo defended the Cain Gang’s use of his account in the aftermath of his death, saying her father “would have wanted this platform to continue.”

“So we will continue. We’ve decided here at Cain HQ that we will go on using this platform to share the information and ideas he believed in. He often talked about the site going on once he was ready to step away from it,” Cain Gallo wrote.

The Cain Gang also indicated that it would be creating The Cain Leadership Institute – which Cain Gallo describes as “a place for leaders worldwide to learn how to reach their own levels of happiness.”