Home Office blew £6,757 in a month at Domino’s in Dover – including 200 pizzas in one order – for migrants who had crossed the Channel

The Home Office spent £6,757 in one month on Domino’s pizzas to feed migrants arriving in the UK after crossing the Channel from France, figures show.

Hundreds of pizzas were bought from the Dover branch of the fast food chain in July, according to analysis of the government department’s spending.

The takeaways were provided while migrants were at Tug Haven – a short-term holding facility in Dover where they are first taken from the beach or sea.

The most expensive entry – £1,824 – said: ‘This was an urgent need to feed a large number of migrants that had been on the Tug Haven compound in Dover for over 12 hours, and were likely to stay over 24 hours due to issues blocking their movement with resources and the Irc (immigration removal centre) estate.’

An entry for £1,789 said: ‘Purchased by Clandestine Operational Response Team (Cort) for use at Tug Haven where we have migrants arriving on small boats. Due to the high number of migrants arriving and the length of time they had not eaten, it was agreed to purchase 200 pizzas.’

It came as more crossings were under way on Friday, with at least six boats arriving at Walmer and St Margaret’s in Cliffe, Kent, according to eyewitness reports. 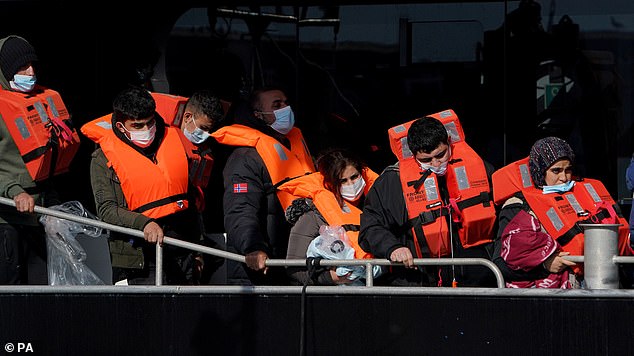 A group of people thought to be migrants are brought in to Dover, Kent, onboard a Border Force vessel following a small boat incident in the Channel on Friday

Neither the dates the purchases were made, nor the total number of pizzas bought, are disclosed and no further details are provided in the documents.

The orders came in a month when at least 3,510 migrants arrived in the UK after making the crossing from France, according to Home Office figures analysed by PA.

On multiple occasions that month several hundred migrants arrived in one day, with the highest recorded on July 19 when there were 430.

A Home Office spokesperson said: ‘We are committed to delivering the best value for money for the British taxpayer.

‘We ensure all spending is carefully scrutinised to make sure that every pound of taxpayers’ money is spent in the most effective way.’

Since the start of the year, more than 17,000 migrants have succeeded in reaching the UK – double the figure for the whole of 2020.

Several other entries showed hundreds of pounds being spent on provisions such as tea, coffee, milk and other refreshments for migrants at the Booker cash and carry wholesaler in Folkestone, among other suppliers. 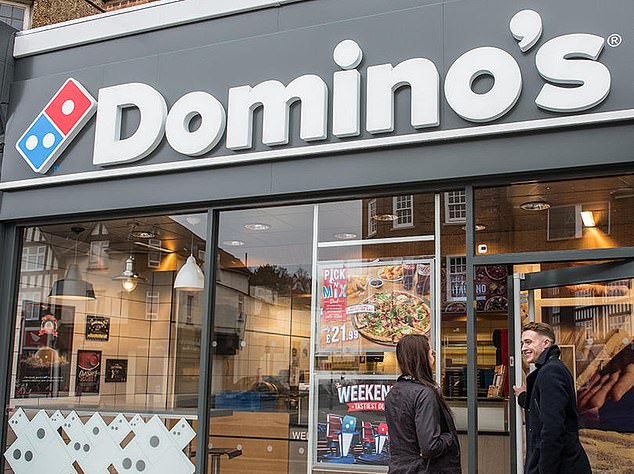 Hundreds of pizzas were bought from the Dover branch, pictured above, of the fast food chain in July, according to analysis of the government department’s spending (file photo) 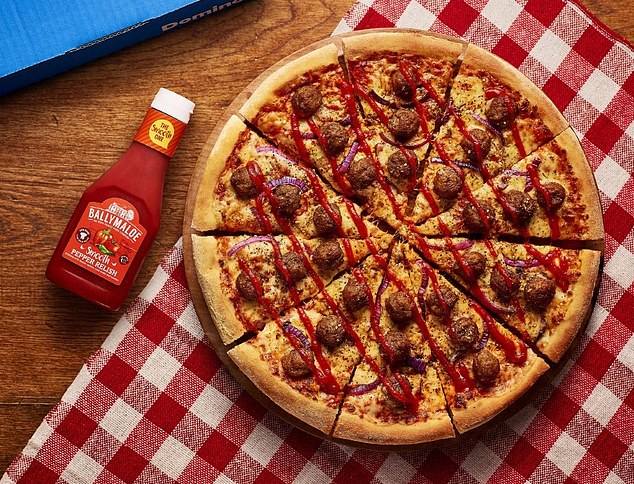 An entry for £1,789 said 200 pizzas were purchased due to ‘the high number of migrants arriving and the length of time they had not eaten’ (file photo)

Inspectors found that migrants ‘almost always’ arrived wet and cold and then ‘often had to spend hours in the open air or in cramped containers’.

The then chief inspector of prisons Peter Clarke said: ‘Just because numbers are unprecedented, that does not mean they are unpredictable, or cannot be planned for’, adding that the arrangements at Tug Haven were not fit for even small numbers of arrivals.

At the time the Home Office said it was ‘fully adhering’ to its statutory duties to ensure facilities are decent and humane, adding: ‘We take the welfare of people in our care extremely seriously.’