An incensed homeowner has taken to Twitter after his neighbour allegedly dumped her rubbish all over his driveway – because she ‘missed the binmen’.

Faisal Aldaoudi, from Streatham in south London, has shared jaw-dropping footage of the incident which he claims shows his neighbour disposing of her rubbish all over his drive.

Likening himself to super-sleuth Miss Marple, he shared a 17 second clip of the incident on the social media platform. 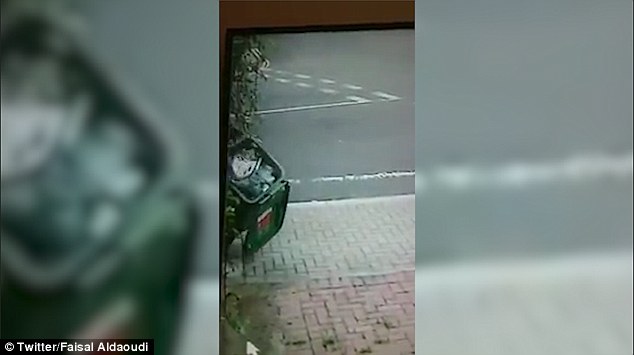 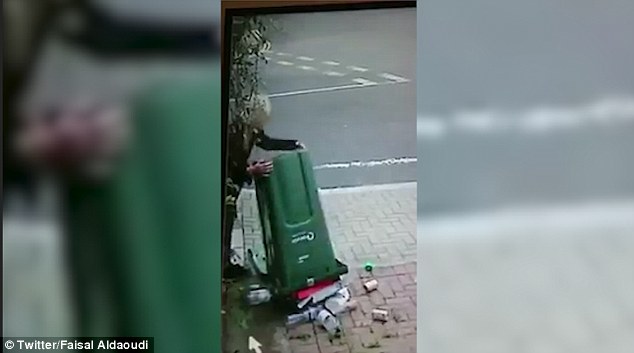 The rubbish spills out of the bin in the footage – a lot of which has not even been put in a bag. Many of the items also appear to be recyclable, including pizza boxes and plastic bottles

Captioning the video, he says: ‘They don’t call me Miss Marple for nothing.

‘Caught on our CCTV. Neighbour missed the rubbish collection so clearly decided we could have the lot on our driveway.’

He also tagged Lambeth Council into the tweet, hoping the footage would be brought to their attention.

It’s about seven seconds into the footage that the remarkable scene starts to unfold.

A lady can be seen turning her green waste bin out all over the drive.

Many of the items in the bin have not even been bagged, making the clean-up job all the more difficult.

On top of this many of the items appear to be recyclable. Items including cardboard pizza boxes, milk cartons and tins can be seen spilling out onto the driveway. 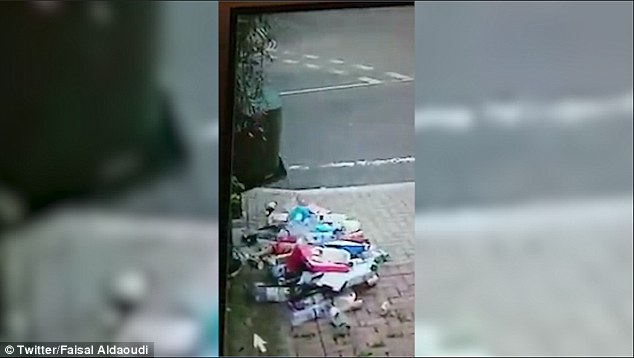 Mr Aldaoudi’s video has attracted some comments since posting on Tuesday.

‘Make sure you inform your local Cllr. Not right.’

While Marilyn wrote: ‘What a despicable neighbor – report them.’

‘Could you please email us with your details and a copy of the footage so that we can investigate?’

Mail Online contacted Lambeth Council to see how the investigation was progressing.

Cllr Claire Holland, Lambeth Cabinet Member for Environment, said: ‘On the face of it, this is a blatant and shocking case of fly tipping on the public highway.

‘We have a zero tolerance approach to fly tipping in Lambeth, which not only spoils our environment and really irritates residents, but also costs us a lot of money to clear up.

‘We have contacted the person who posted the video to get further information so that we can investigate further with a view to taking robust action.’