‘Homophobic’ hotel boss tells lesbian couple, 24 and 26 who complained about unclean room ‘you should be put in a cage with the rest of the wild animals’ as Booking.com launches probe

A gay couple claim they were subjected to homophobic abuse at a hotel and when they complained the owner told them ‘people like you should be put in a cage.’

Nicole Calder, 24, and Lauren Inglis, 26, were stunned when they received the shocking email after staying at the Clifton Mount Hotel in Newcastle on Saturday night.

Nicole booked the room as part of her birthday celebrations but was appalled when she claims they were given a ‘filthy’ room that was littered with crumbs, lipstick-smeared glasses and unwashed bedding. 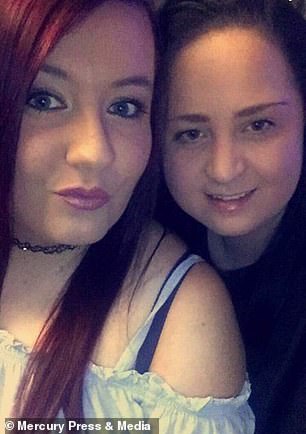 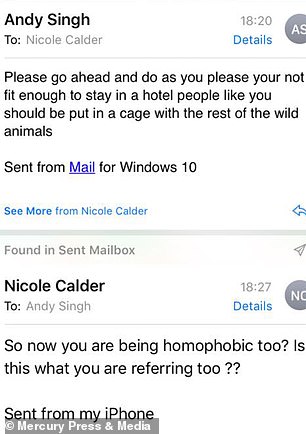 Nicole Calder, 24, and Lauren Inglis, 26, (pictured left) were stunned when they received the shocking email (right) after staying at the Clifton Mount Hotel in Newcastle on Saturday night

The pair, who were celebrating with two friends, claim they were also subject to homophobic slurs when they returned in the early hours from guests staying next door to their £130 room.

Nicole and Lauren sent a furious email detailing their catalogue of complaints and were stunned when they were accused of lying and received what they claim was a ‘disgusting’ homophobic message from the owner.

It read: ‘Your [sic] not fit enough to stay in a hotel people like you should be put in a cage with the rest of the wild animals.’ 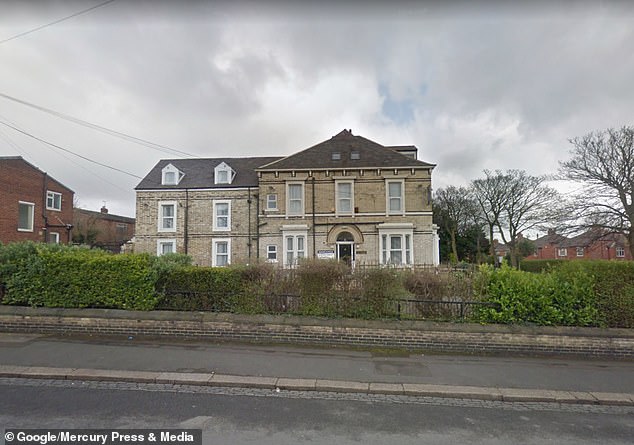 Taxi driver Nicole, from Edinburgh, said: ‘I was in shock when I got that response.

‘The first line of his email accuses me of telling lies. This is someone who owns a business and it’s just not what you say to customers.

‘You would at least expect them to say sorry for the bad experience.

‘When you go to a hotel you put trust in the owner and then he turns around and says that. He was really rude, I thought his reply was disgusting. 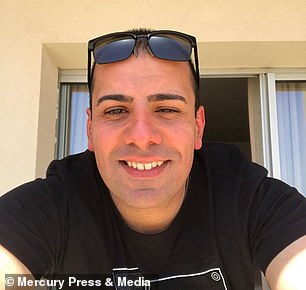 ‘I couldn’t believe it when he said ‘people like you should be put in a cage’. It was really upsetting, how can people still think like that?

‘He said ‘people like you’. It was clearly homophobic, nobody could say otherwise.

‘Saying we should be caged like a wild animal because of our sexuality is disgusting, that was the worst part of it.

‘I want to spread the word and make people aware of what the hotel is like.’

The couple arrived at the hotel at 5pm and claim they were forced to wait 20 minutes as their booking, made through booking.com, couldn’t be found on the system.

When they were shown to their room Nicole said it looked as though it hadn’t been cleaned and that a member of staff requested access to the basement via their room. 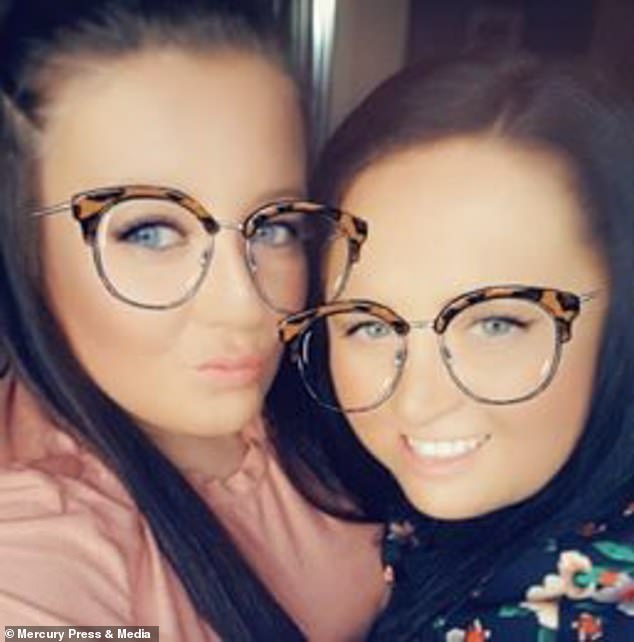 The couple arrived at the hotel at 5pm and claim they were forced to wait 20 minutes as their booking, made through booking.com, couldn’t be found on the system 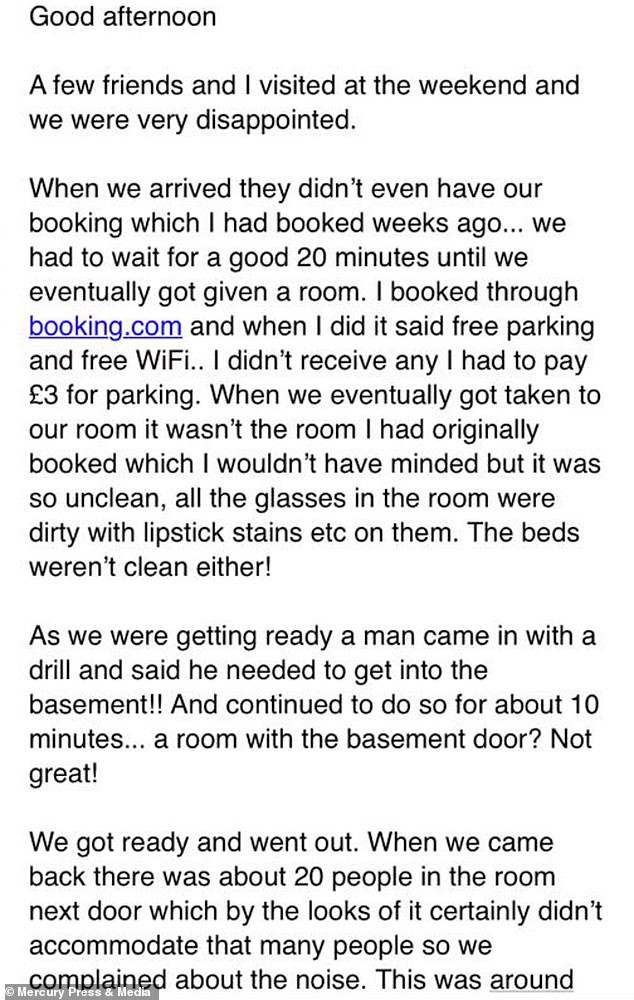 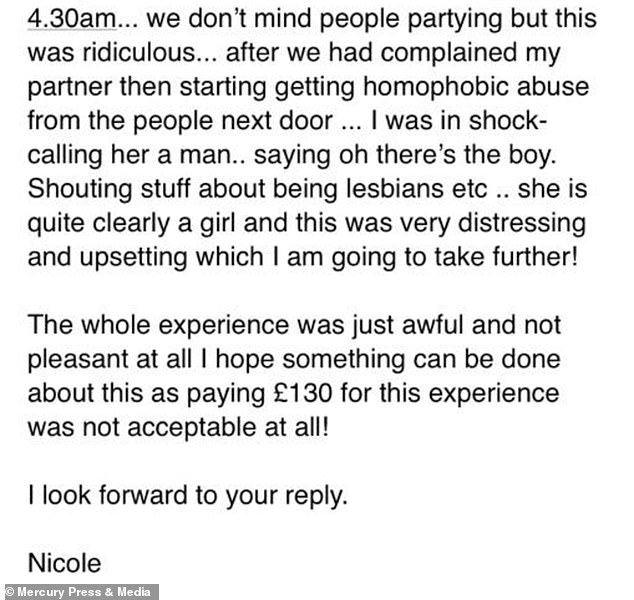 Nicole said: ‘We were given the keys to a room round the side of the hotel where there was separate entrance.

‘It was like a little apartment. It wasn’t the original room we booked but we didn’t mind as long as the hotel was clean.

‘However there were crumbs all over the floor and yellow marks on the sofa which looked like paint.

‘I went to get a glass from the cupboard but there was lipstick all over it, there were also black marks on the bedding. 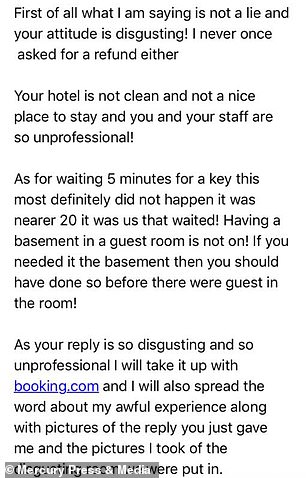 ‘It was like someone had been staying there and it hadn’t been cleaned.

‘There was also a knock on the door and a man came in wanting to access the basement, he had a drill in his hand and we thought that was a bit strange.

‘We thought it was odd that he’d have to access the basement through one of the rooms while there are guests there. He was in there for about five or 10 minutes.

‘We were annoyed but thought there wasn’t much we could do about it because it was a Saturday night in Newcastle city centre so we thought we weren’t going to find anything else.’

The group celebrated in town into the early hours of the morning and claim that on returning to the hotel they were the target of lewd sexual slurs from their neighbours who made noise until 5am.

Chef Lauren said: ‘We didn’t mind that there was a bit of a party as it was a Saturday night but at about 5am they were banging on our door and making a lot of noise so I went up to reception to complain.

‘I was told there was nothing they could do and that it’s a party hotel.

‘When I went back the people in the other room could see I’d spoken to reception so a few of them started saying things like ‘there’s the man’ and ‘there’s the lesbian’.

‘They were saying vulgar things about me having sex with my partner and then saying that I s**g my mum – more disgusting things like that.

‘In this day and age you don’t expect to experience stuff like that. That people are still homophobic like that shocks me. 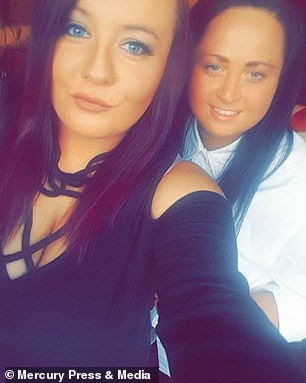 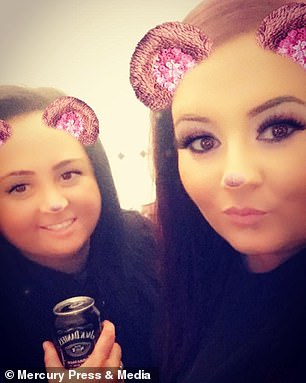 ‘I went back to the reception to complain and the man behind the counter came down and told them to keep the noise down but didn’t mention the homophobic stuff.’

The couple checked out on Sunday and after submitting a complaint about their stay they were ‘shocked and disgusted’ to receive a series of emails claiming they were lying.

In response Andy wrote: ‘I’m sorry to hear about your recent stay but most of what you are saying is not true.’

He goes on to say the couple waited only five minutes for their room and the delay was due to their card being declined. He said he was the man who went into the basement and was in there for ‘less than a minute’.

The email continues: ‘Yes you complained about the group next door whom said [sic] they were not saying anything of the sort it was simply your word against theirs.

‘I therefore suggest in the future to stop making so many lies up, there will be no refund.’ 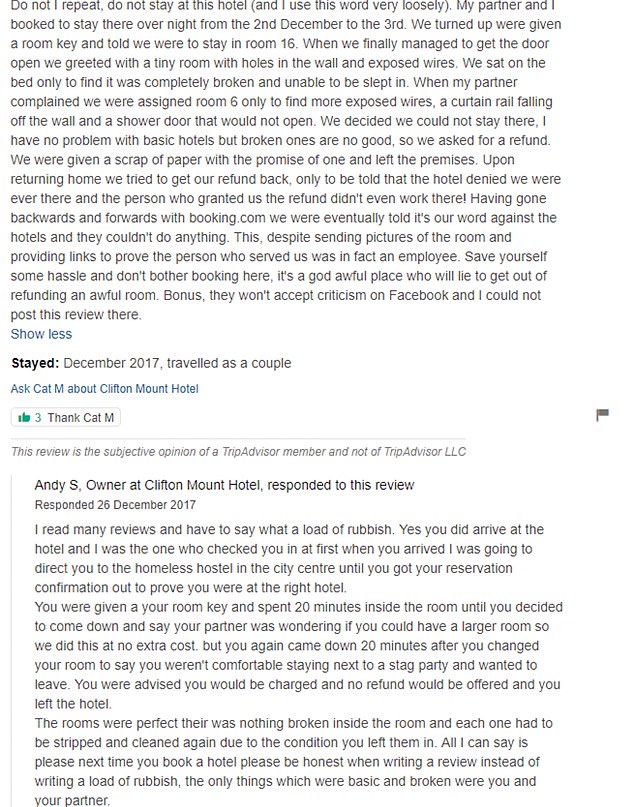 After Nicole responded again saying she wasn’t lying, hadn’t asked for a refund and that his attitude was ‘disgusting’ and ‘unprofessional’, Andy responded ‘please go ahead and do as you please your [sic] not fit enough to stay in a hotel people like you should be put in a cage with the rest of the wild animals’.

Lauren said: ‘It’s shocking that anyone running a business would speak to customers like that. I don’t understand how he can say ‘your type of people’. If that’s not homophobic I don’t know what is especially as I’d already raised homophobia as an issue.

‘Since our experience I looked online and he’s called other people that have complained about the hotel liars and junkies – horrible things like that.’

In a statement Andy Singh said the couple had to wait ‘five minutes not 20’ because the payment via booking.com had declined and they needed to pay for the room. 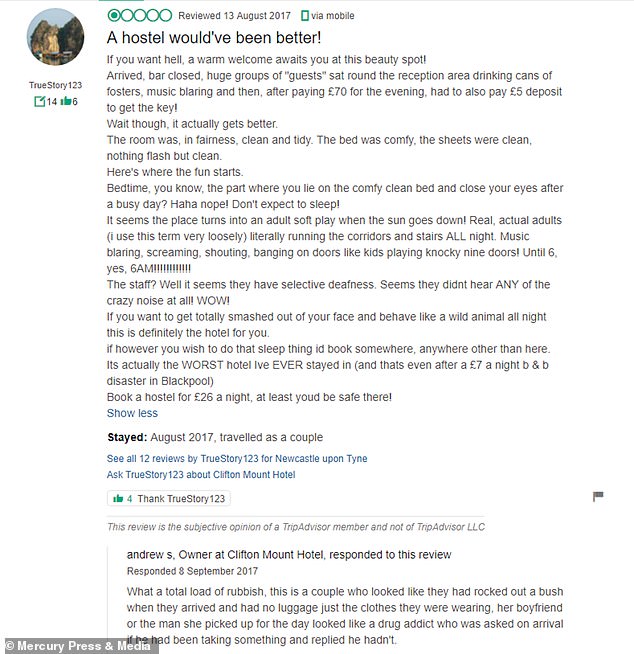 He also claimed he went into their room to turn the boiler off, at the couple’s request, and was out within a minute.

Andy said: ‘At around 4.30am Nicole’s group complained about the guests next door being rude to her so a member of staff approached the group who said they have not said anything of the sort – taking in to consideration (Nicole’s) group had been drinking from arrival at 5pm to the early hours of morning and were very loud and abusive.

‘The staff member explained to Nicole and the group that it was a misunderstanding and they shouldn’t be feeling uncomfortable. 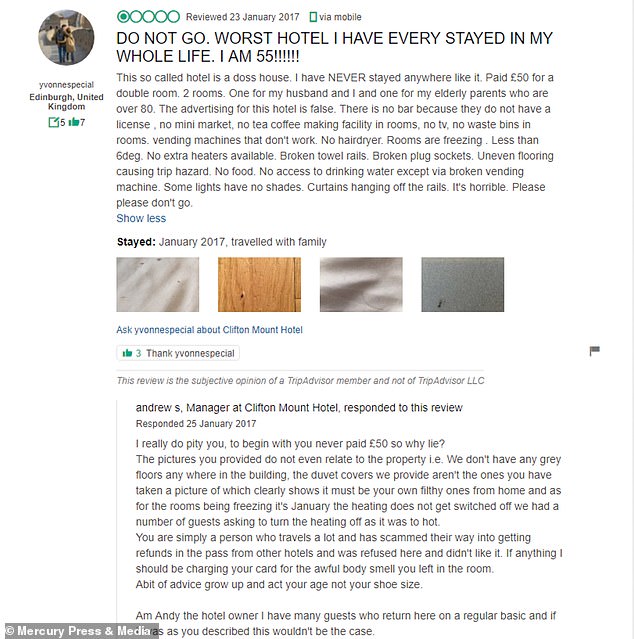 ‘On the morning of departure the guest slammed her key down and was very rude and I stand by [my] emails.

‘Under no circumstances have I anything against gay people, this is simply an excuse for a refund. I am against liars which she clearly is and I have CCTV to prove everything I am saying is true.’

A spokesman for booking.com said: ‘Our mission at Booking.com is to empower people to experience the world. It’s unfortunate to hear that any property would discriminate against or treat guests disrespectfully.

‘We do not tolerate discrimination of any kind, so in the very rare case that we find that an accommodation listed on our site engages this kind of behaviour, we will investigate immediately, and may remove the property from our site accordingly.

‘We are also organising a full refund for these guests and are supporting them in any other way we can.’