This is the horrendous moment a man has been brutally attacked twice in a busy restaurant – as confused diners watch on turn away.

Video of the incident shows two large men savagely beat the victim, punching and elbowing him on the head as he cowers in defence.

But bizarrely after the man manages to leave the room, he returns to the thugs and receives another severe thrashing, including being thrown against a table edge.

The incident was recorded at Pepe’s Restaurant in Victoria Street, Blackburn, Lancs. 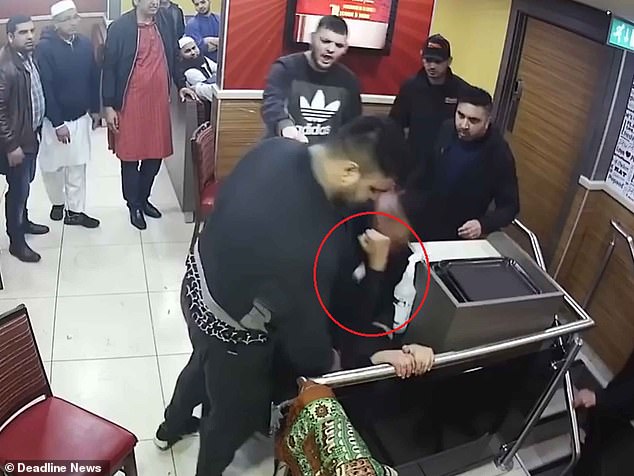 The clip, taken from CCTV, shows the busy dining area of the restaurant.

The victim is sat at a table facing away from the camera with his hood up chatting to two girls are seated with him.

The two attackers, who are sitting at another table further away, both at first appear to be engrossed in their phones.

Initially one man appears to throw something at the victim’s table, covering him in something. 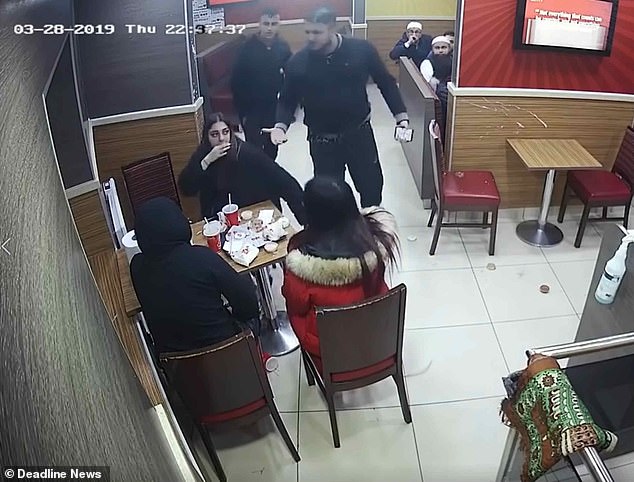 After having a white sauce thrown at them, the man and two women sitting down are confronted by the two large men 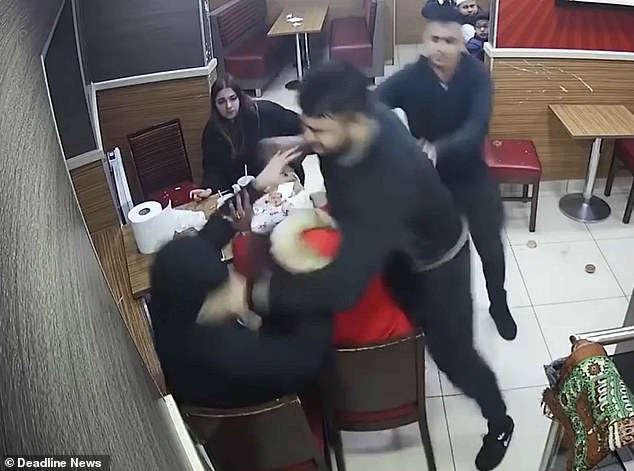 The two men involved in the attack then stand up and approach his table.

After a short dispute, the larger of the two attackers begins throwing a series of punches at the victim.

Food going flying off the table as the two women recoil in horror.

Eventually the man stops and the victim escapes by going down the nearby stairs.

As the attackers clean themselves up with tissue roll, other customers come to see the cause of the commotion. 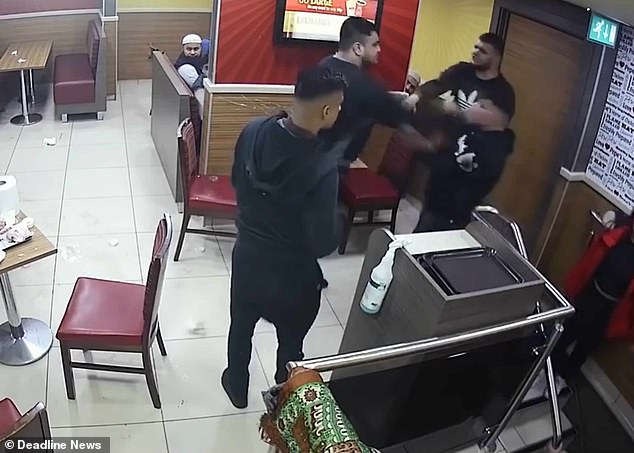 Bizarrely the victim (right, in front of a larger man) who had escaped down a staircase returns to the dining area and receives another beating 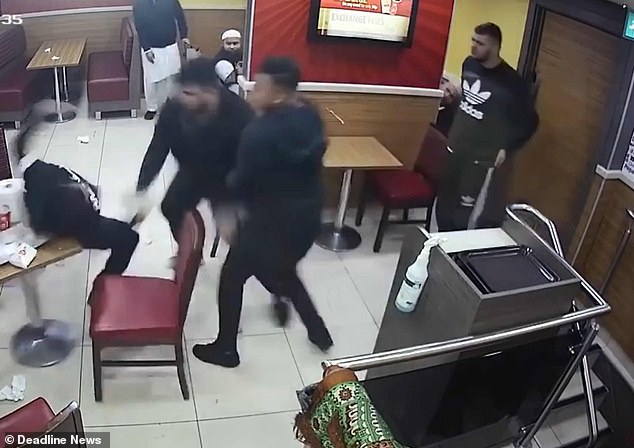 Bizarrely, both the attacker and victim then leave the room by the stairs together without any signs of violence.

Facebook users who commented were disgusted by the attackers.

Eddie Dean Stanton wrote: ‘Bullies, cowards, f****** hate them. One day they will meet someone with nothing to lose and a lifetime of pent up anger.’ 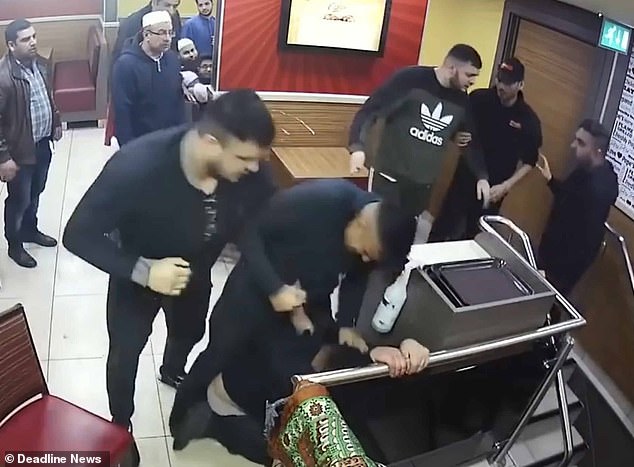 A worker at the Blackburn store today confirmed the incident happened but could not provide a comment at the time.

It is not known whether the individuals involved knew each other.