A "HORRIFIC" video showed seven men restrain and sit on teenage Cornelius Fredericks, who had a heart attack and died two days later.

The staffers at a youth facility in Michigan held down the boy’s arms and legs and sat on him as he screamed that he couldn’t breathe, an attorney representing the boy's estate told the Associated Press on Tuesday. 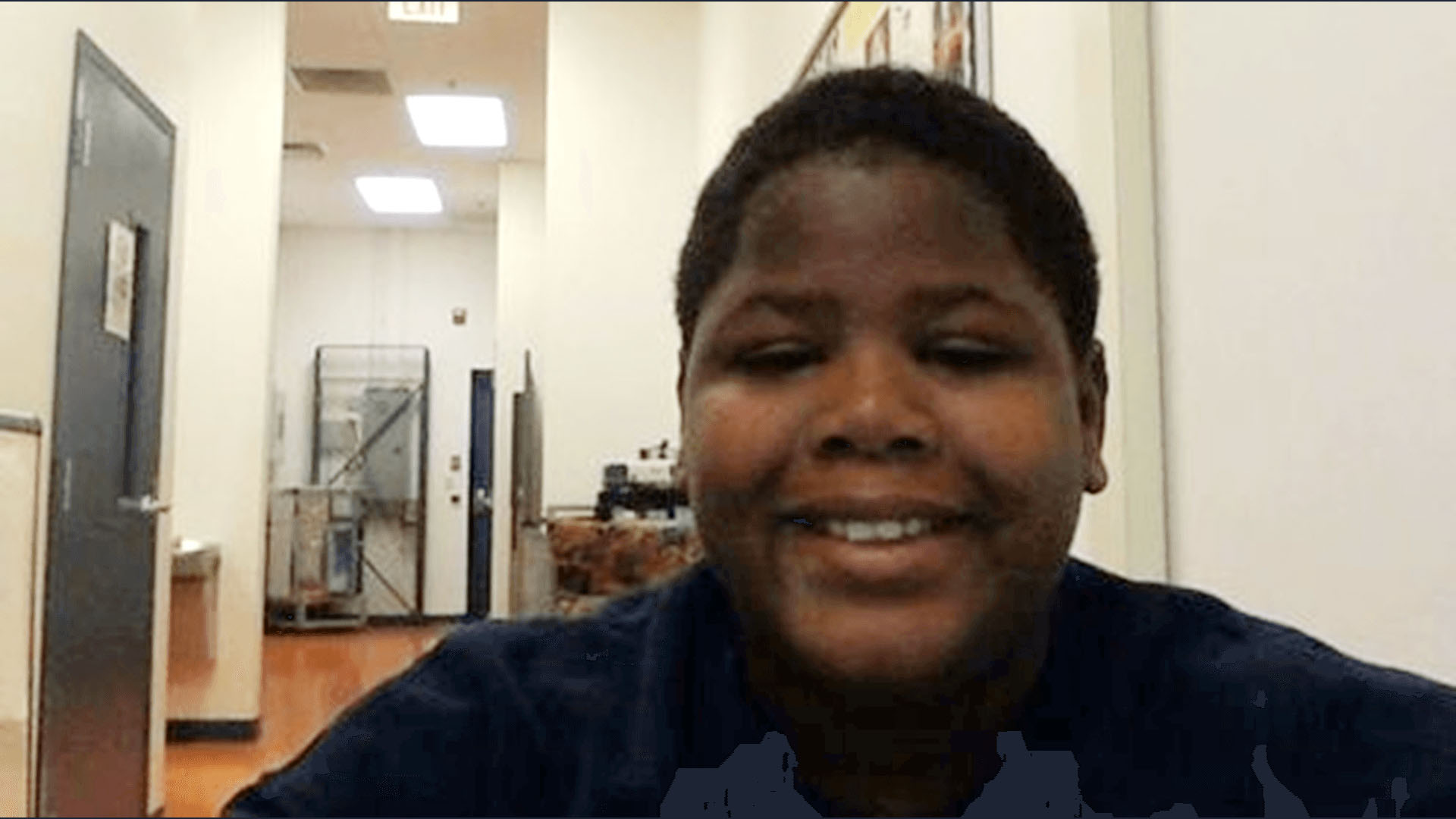 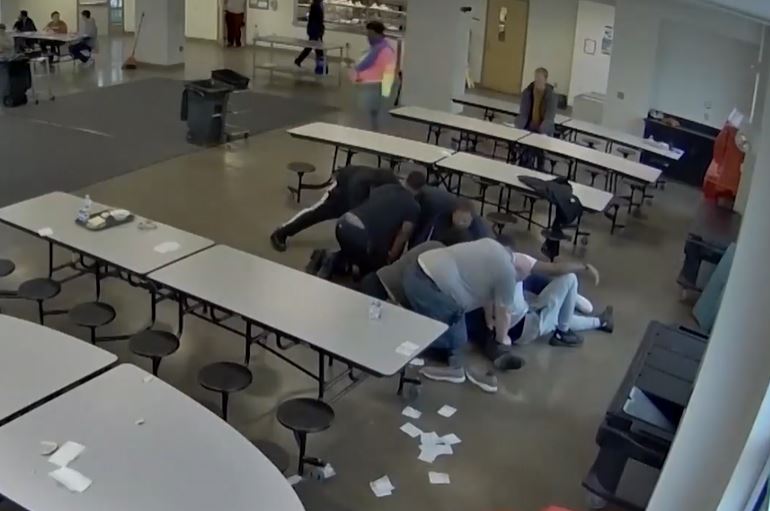 Surveillance video footage from the Lakeside Academy in Kalamazoo shows 16-year-old Cornelius Fredericks being pushed to the floor and held down by staff members because he threw a sandwich in the cafeteria.

About a dozen teenagers can be seen sitting in the cafeteria at the time.

A civil lawsuit filed by the estate in June says the boy screamed "I can’t breathe" on April 29 as he was restrained for what appeared to be about 12 minutes on video released by the state late Tuesday.

On the video, several of the men appear to pull on and hold down Fredericks' arms and legs while others sit or lay atop his chest and abdomen.

Toward the end of the video, the teen appears limp and falls back to the floor when staffers try to sit him up. Others then move in and start CPR.

"He’s not fighting at all … his shoes and his feet are just lying there," Fieger said, referring to the videotape. 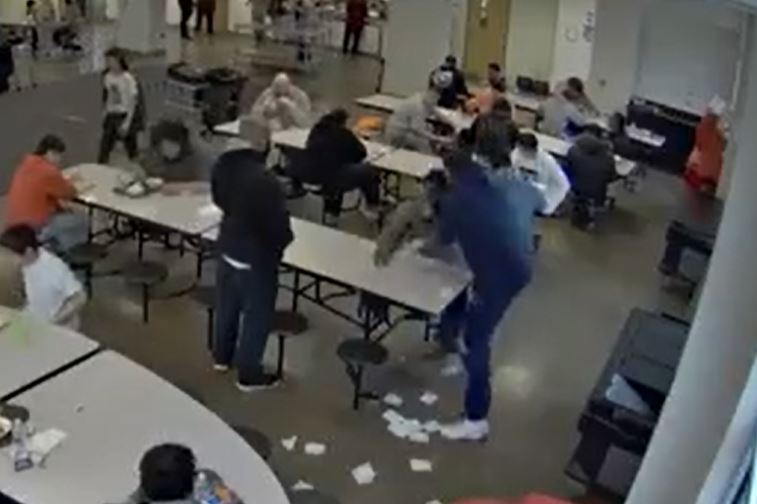 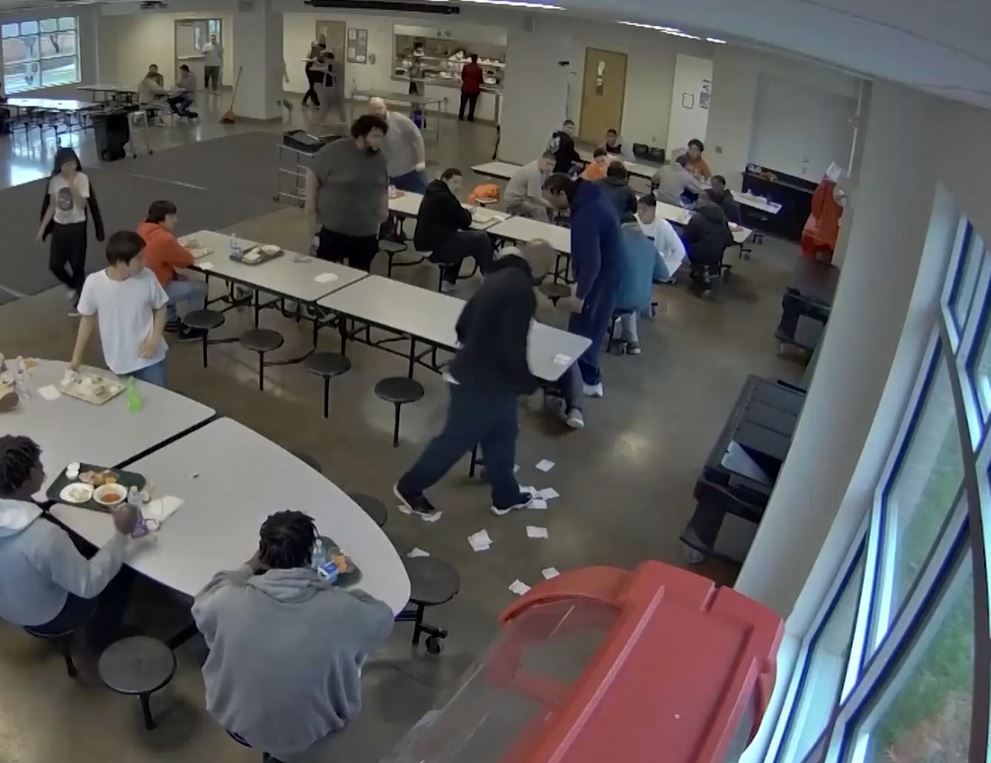 The teenager went into cardiac arrest, was hospitalized and died two days later, authorities said. The death was ruled a homicide and the doctor who performed the autopsy said Fredericks died of asphyxia.

Two male staffers and a female nurse — Michael Mosley of Battle Creek, Zachary Solis of Lansing and Heather McLogan of Kalamazoo — were fired and have been charged with involuntary manslaughter and second-degree child abuse in Fredericks’ death.

Fieger said he is urging authorities to recommend charging others.

"As you can see in the video, far more than two people are involved in suffocating him," Fieger said.

"I would urge them to reconsider the other people … who are clearly involved in the killing of Cornelius."

Fredericks had been a ward of the state for several years, following his mother’s death when his father was incarcerated.

Fieger said his office had a forensic examiner review the footage and that portions of the videotape are missing. He didn’t specifically say that he believed the video had been edited or explain what had happened, or why.

"It jumps and there suddenly people are no longer in the scene that were there one second before," he said. 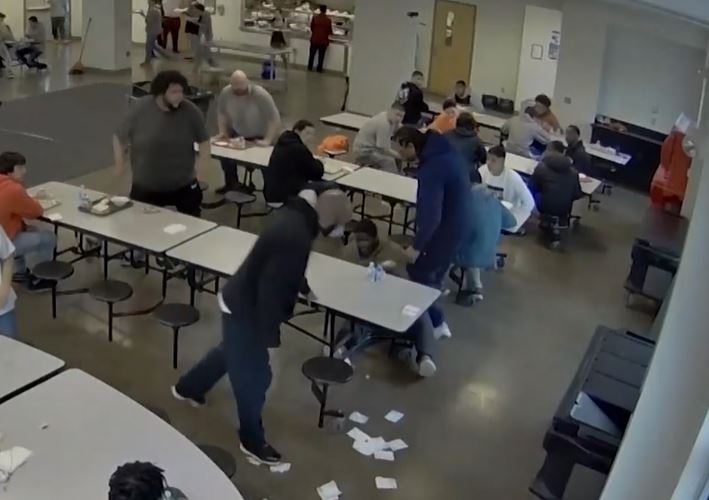 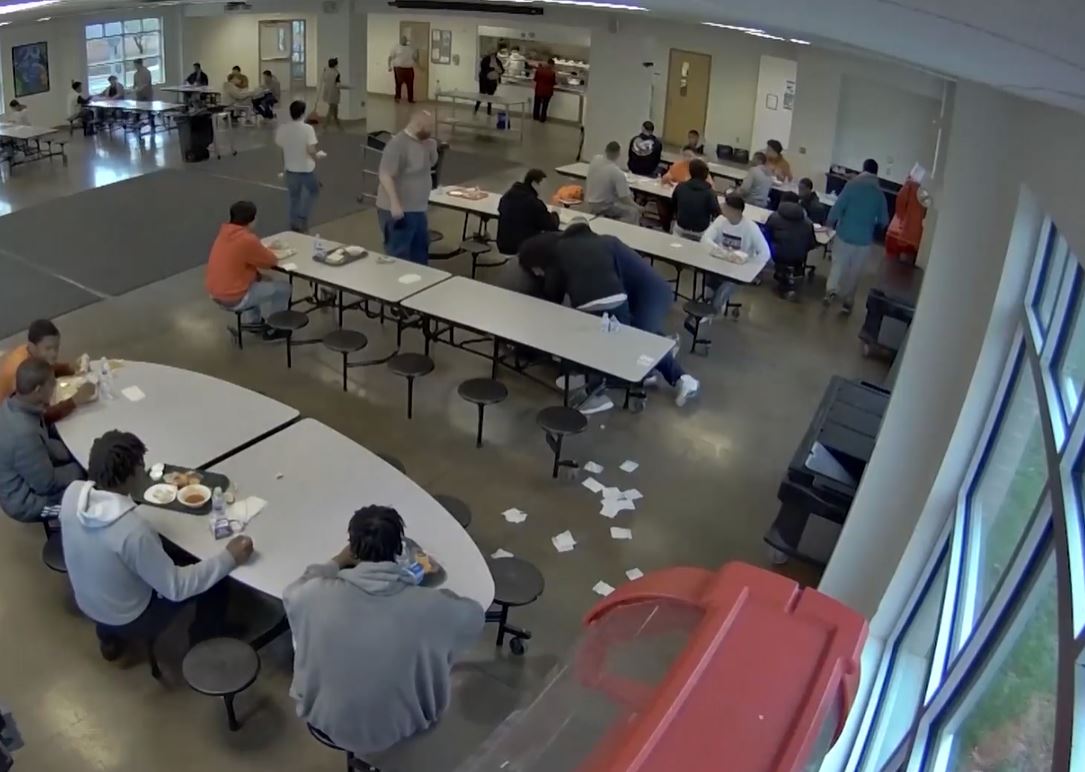 In its investigation, the state of Michigan disclosed that staff members at Lakeside had also suffocated Fredericks as a form of discipline, according to Fieger.

"It is a horrific videotape and it demonstrates what other employees have told us is a culture of fear and abuse at the Lakeside facility," Fieger said.

"One employee told us that in order to work there all you needed was to be breathing and accept $13 per hour."

“The mechanism for dealing with children in this facility was abuse and fear,” he added. “In fact, suffocation was regularly practiced upon children. They called it ‘fearing.’”

Lakeside Academy and its operator, Sequel Youth and Family Services, are named in the civil lawsuit. 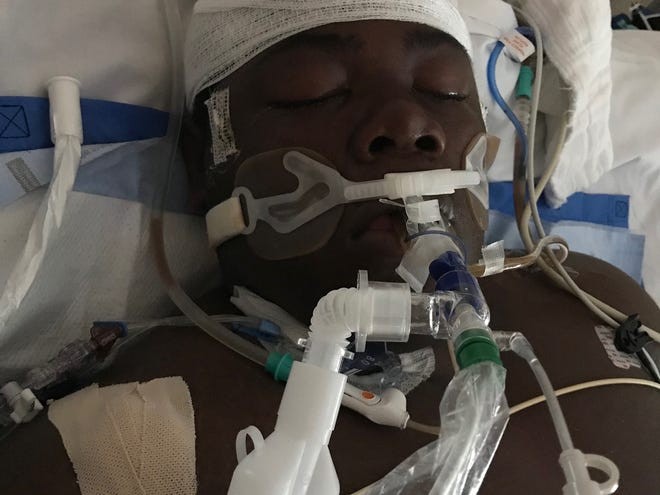 The staff members’ actions shown in the video don’t “adhere to the Sequel and Lakeside Academy policies and procedures related to the use of emergency safety interventions,” Sequel Youth and Family Services said in a statement Tuesday.

“Otherwise, a restraint is not an appropriate first response, and restraints are never to be used as a means of coercion, discipline, convenience, or retaliation by staff,” the company said.

Lakeside had a contract with the Michigan Department of Health and Human Services to care for youths in the state’s foster care and juvenile justice systems. The state said last month that it had terminated that contract with Lakeside Academy and removed all 125 youth being housed there.

"What’s important is we look at the totality of what’s happening, how these institutions are being used and how we monitor and provide oversight and training," Chang told WOOD-TV.

Sequel Youth and Family Services operates facilities in other states, according to Fieger.