WARLORD, tycoon, and Putin’s favourite chef – Yevgeny Prigozhin has risen through the ranks to control Russia’s mercenary army, and is now believed to have an eye on the top job.

The once-elusive Prigozhin has been emerging from the shadows to claim a seat at Putin’s war table in a tug-of-war style power battle ensnarling the Kremlin. 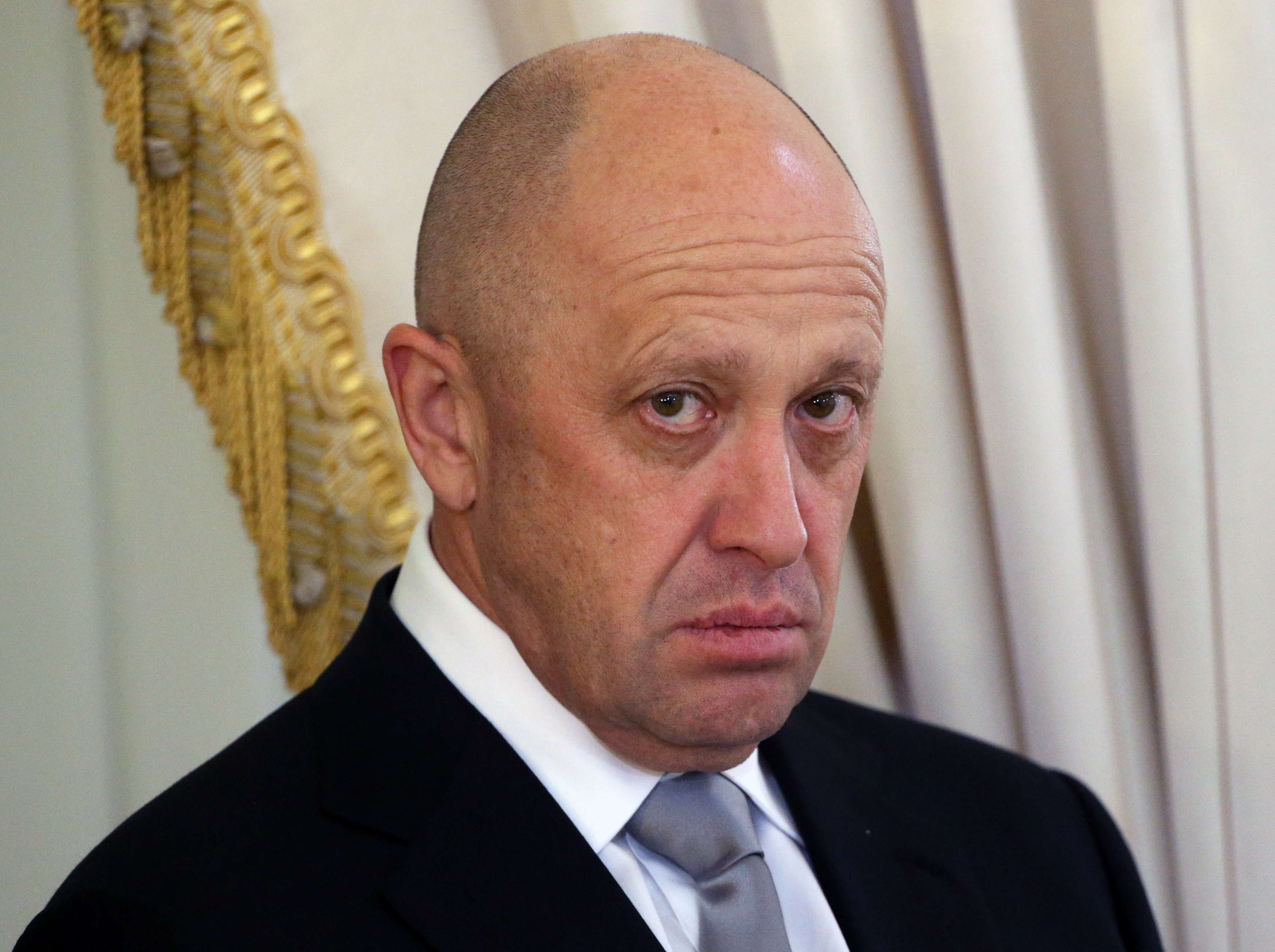 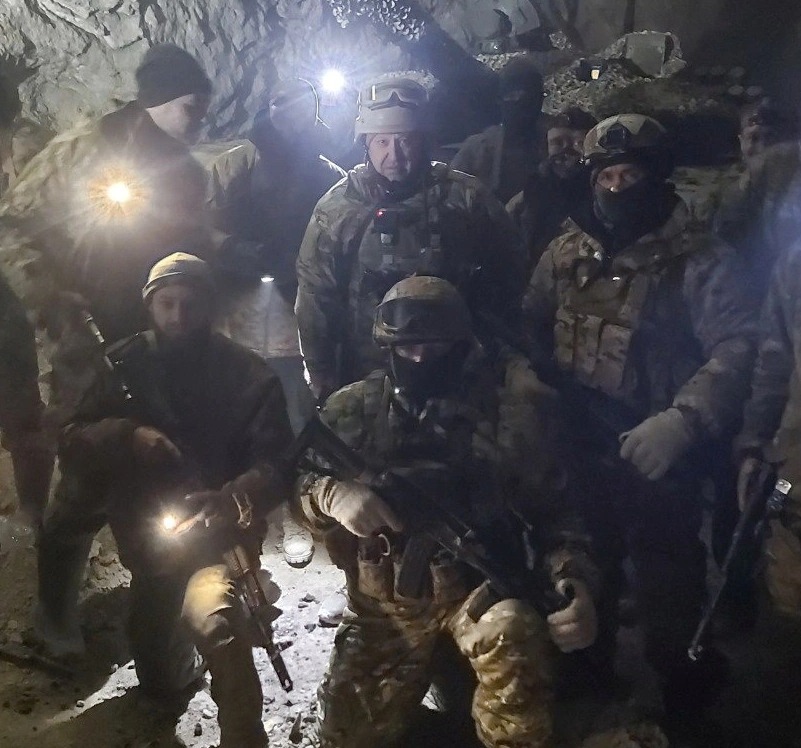 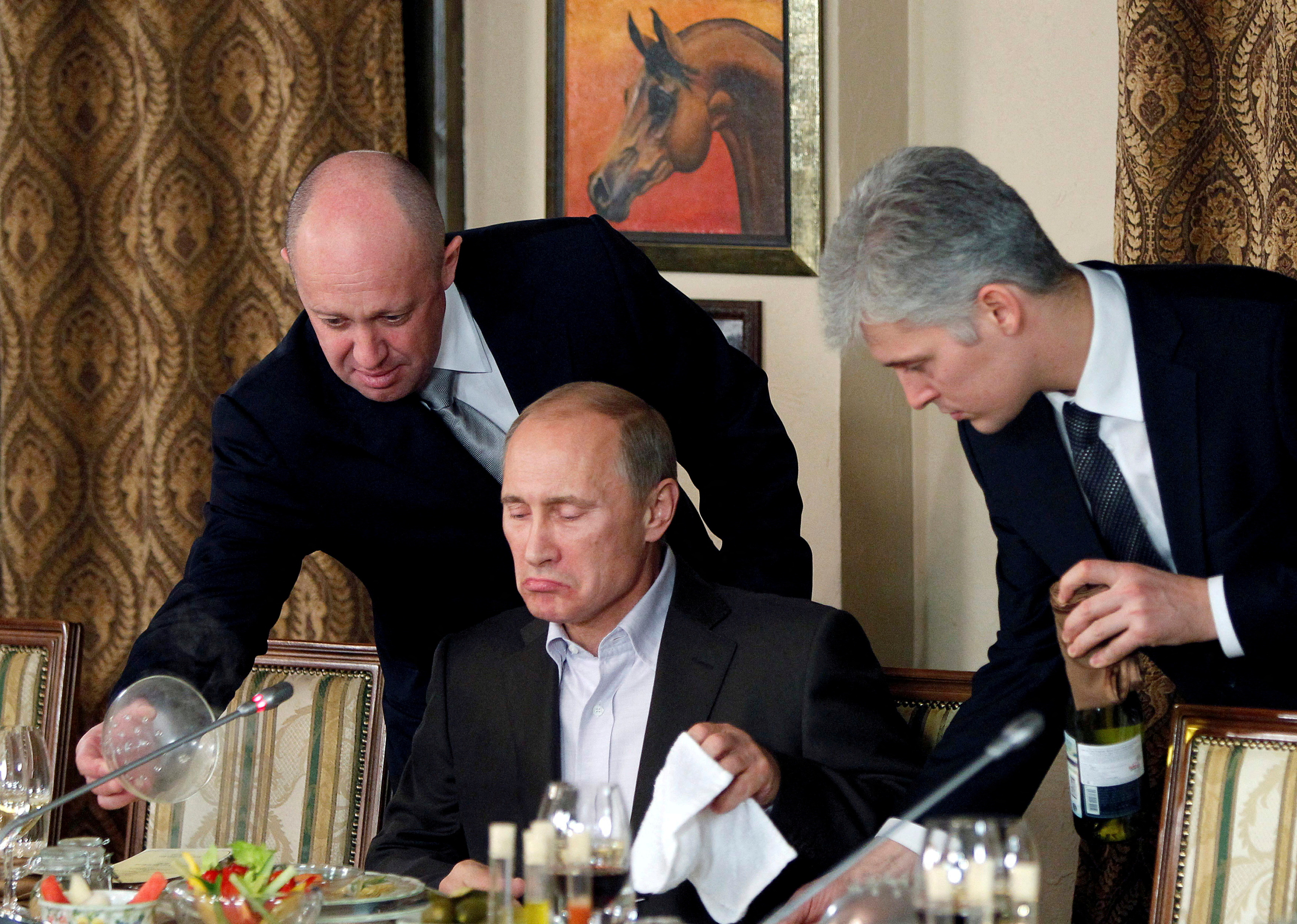 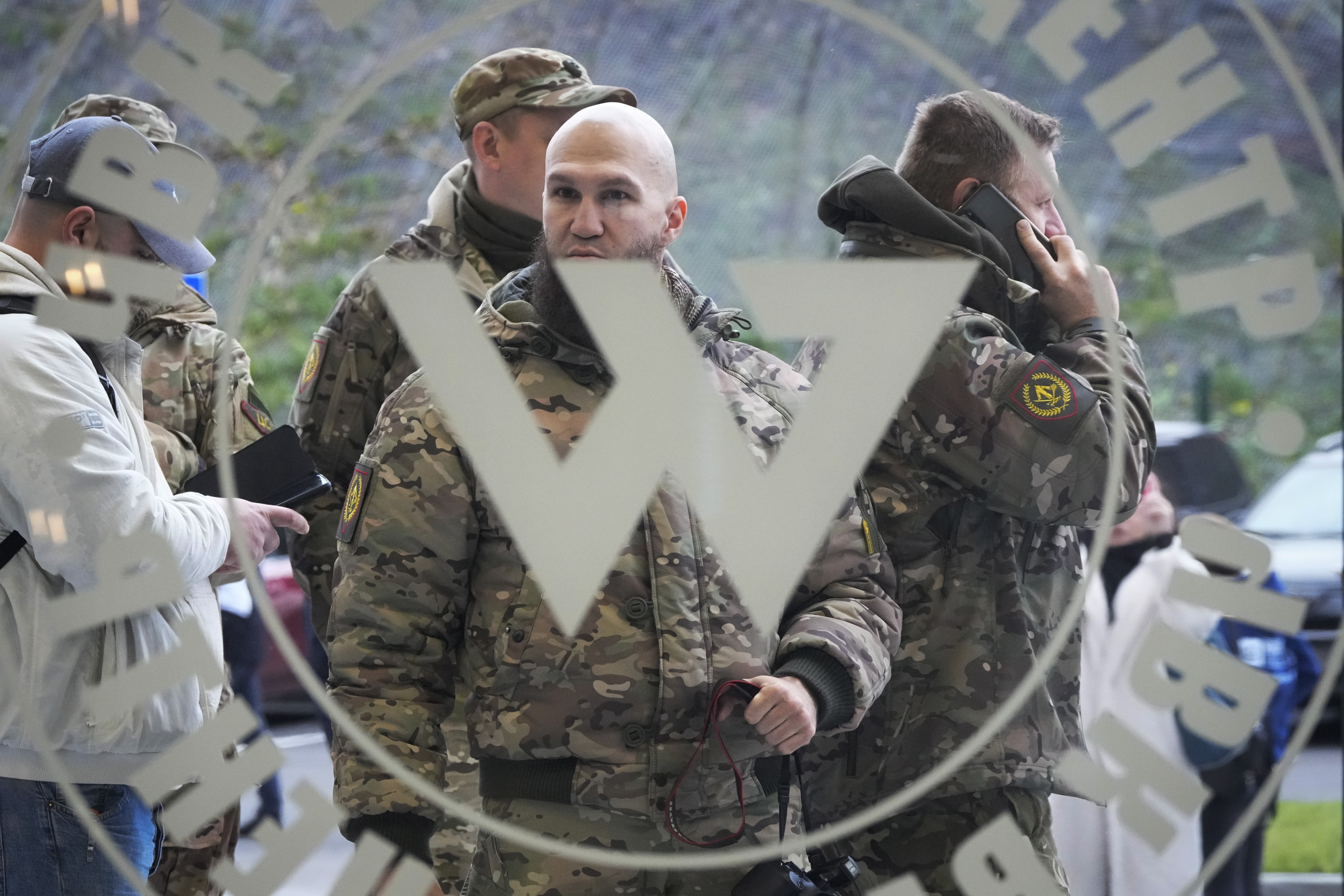 At current, all eyes are on the lavish oligarch as he wages war on Ukraine with his private military outlet, the Wagner Group, whose soldiers are surrounding the salt mine city of Soledar.

It seems to have a lot to do with hefty ambition and a murky past conducted in the backrooms of the Kremlin as he rode the waves of Putin’s favour all the way to the top.

Now one of Russia's most powerful men, he commands a private army of more than 50,000 men, and has a fortune thought to be in millions if not billions.

read more on the Ukraine war 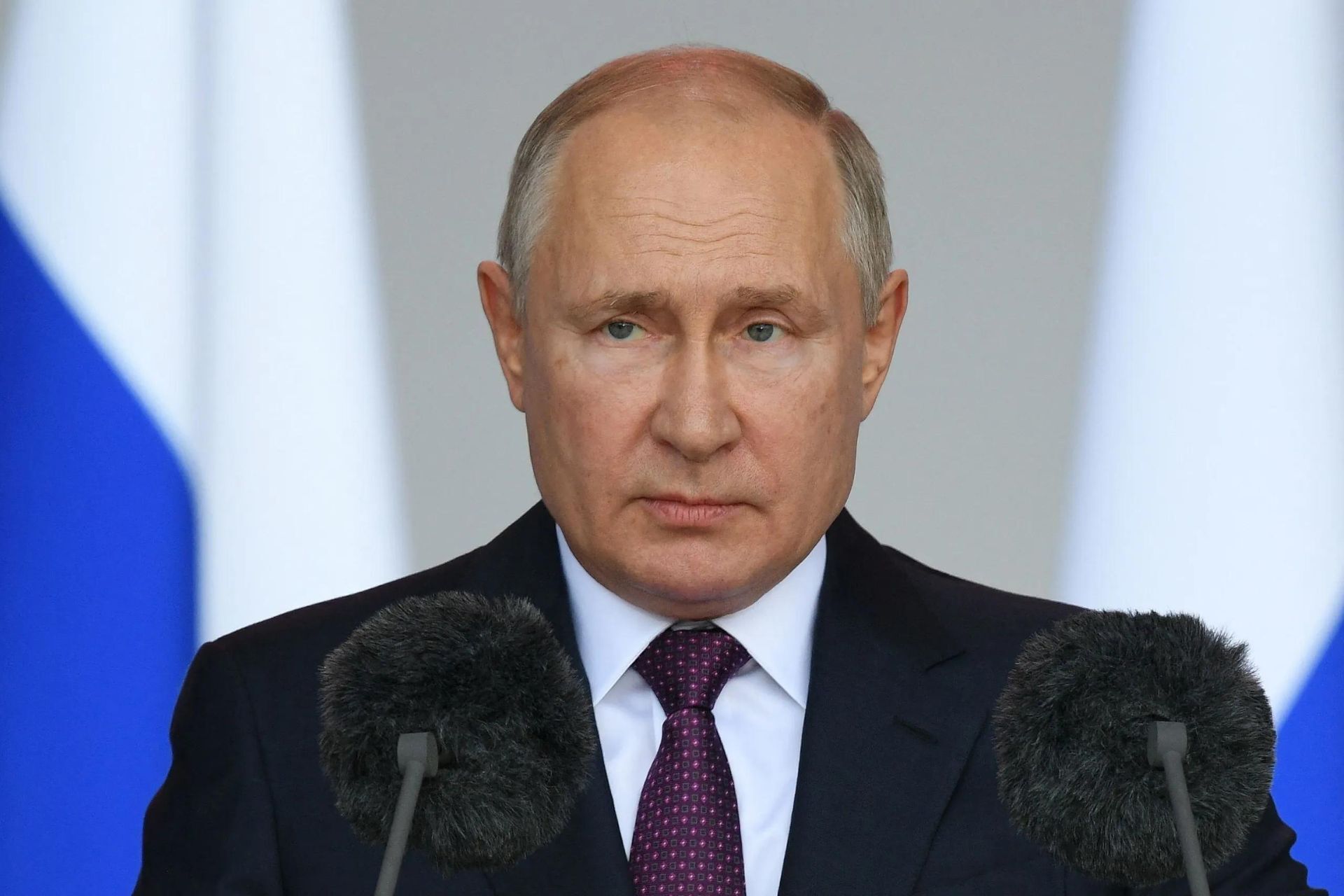 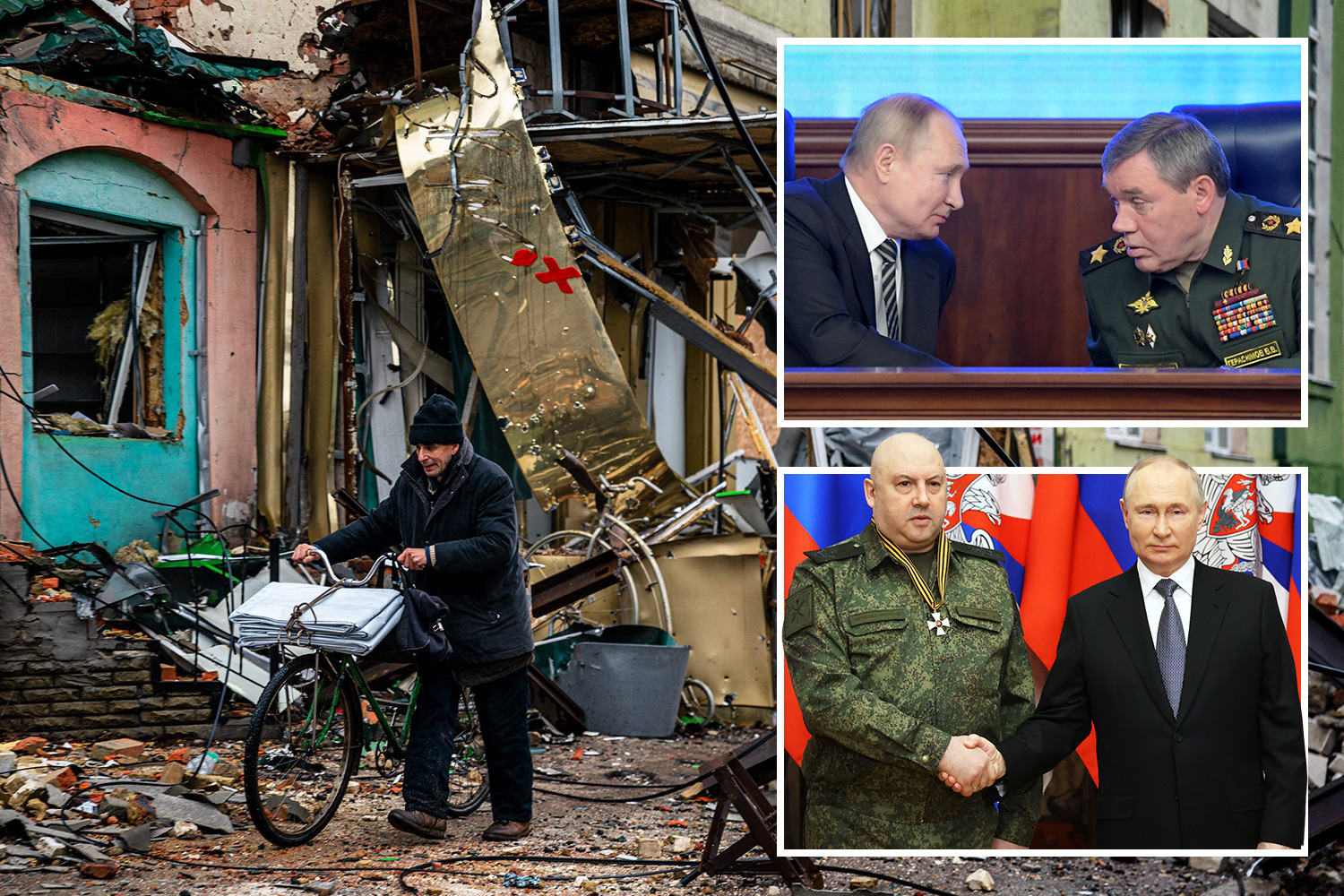 Yet, his ruthless rise to the top begins in 1981 in a courtroom in Leningrad, now-St Petersburg.

Old criminal documents, obtained by the Russian news publication, Meduza, in 2021, revealed that Prigozhin was charged with robbery and assault and sent to the penal colonies of Soviet Russia.

As communism collapsed, he was freed after serving nine years. Hardened and opportunistic, he began flogging hot dogs on the streets of a crumbling St Petersburg.

This venture led to him opening a convenience store and eventually a chain of restaurants, whilst he dipped his hands in the organised crime ravaging the city.

Dog walker, 28, mauled to death by vicious dog in park ‘while walking 7 pets’

By 1996, Prigozhin was running a hugely successful restaurant business that one fateful day Putin would dine at – earning the nickname “Putin’s chef”.

It would turn out to be a billion ruble friendship – one of the many perks of proximity to Putin.

As his wealth amassed, so did his lavish lifestyle. He partied hard, bought a 121-foot yacht and bought property worth $105 million. When he wasn't travelling in a private jet, he was personally organising Putin’s birthday parties.

In 2018, the US Justice Department indicted him for his role in financing the troll factories, landing him on the FBI’s “most wanted” list.

In response, the oligarch said: “I am not upset at all I landed up on that list. If they want to see the devil, let them see him,” according to Russian state news agency Ria Novosti.

The once publicly-shy Prigozhin also admitted in November to meddling in Western elections.

“We have interfered, we are interfering and we will continue to interfere," he declared.

But who is the frighteningly-powerful figure emerging onto the world stage?

“Prigozhin is one of the typical Putin-era power brokers, one of the most trusted in the Kremlin,” Dr Huseyn Aliyev, an expert on Russia and the conflict in Ukraine from Glasgow University, tells The Sun Online. 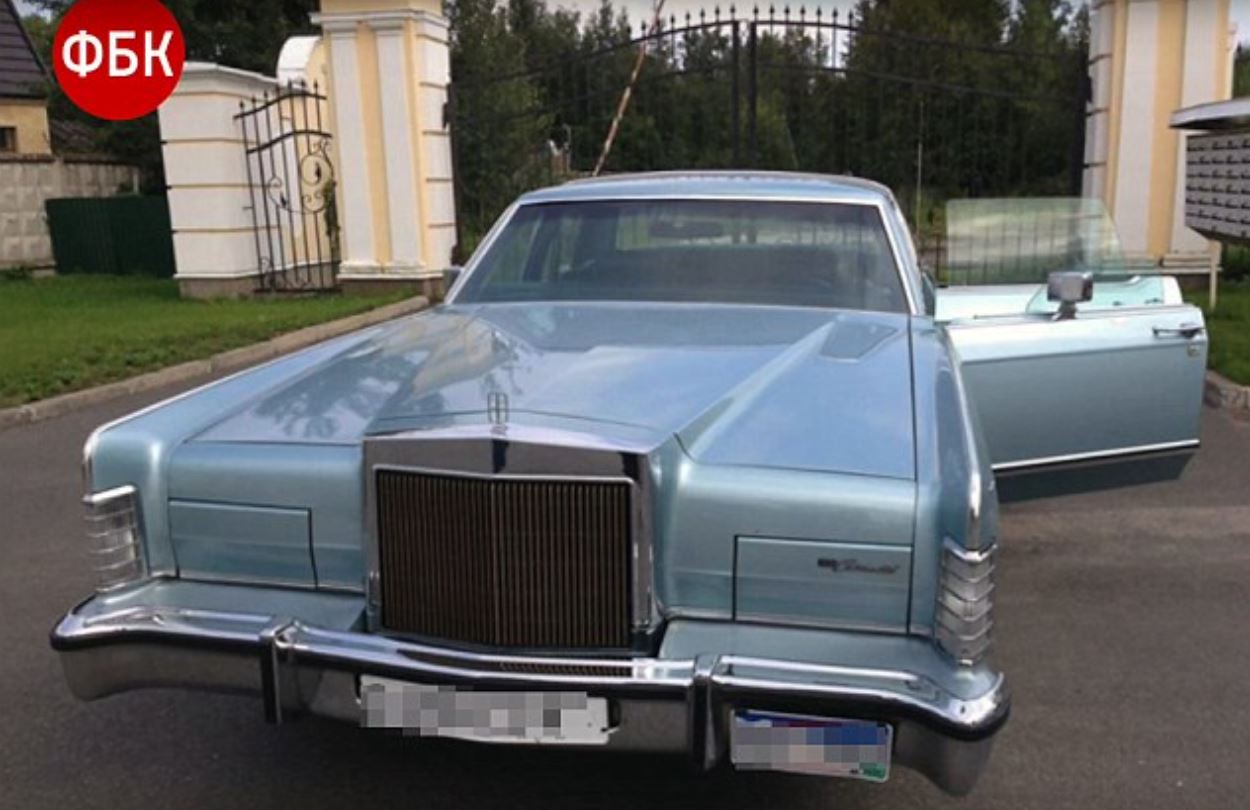 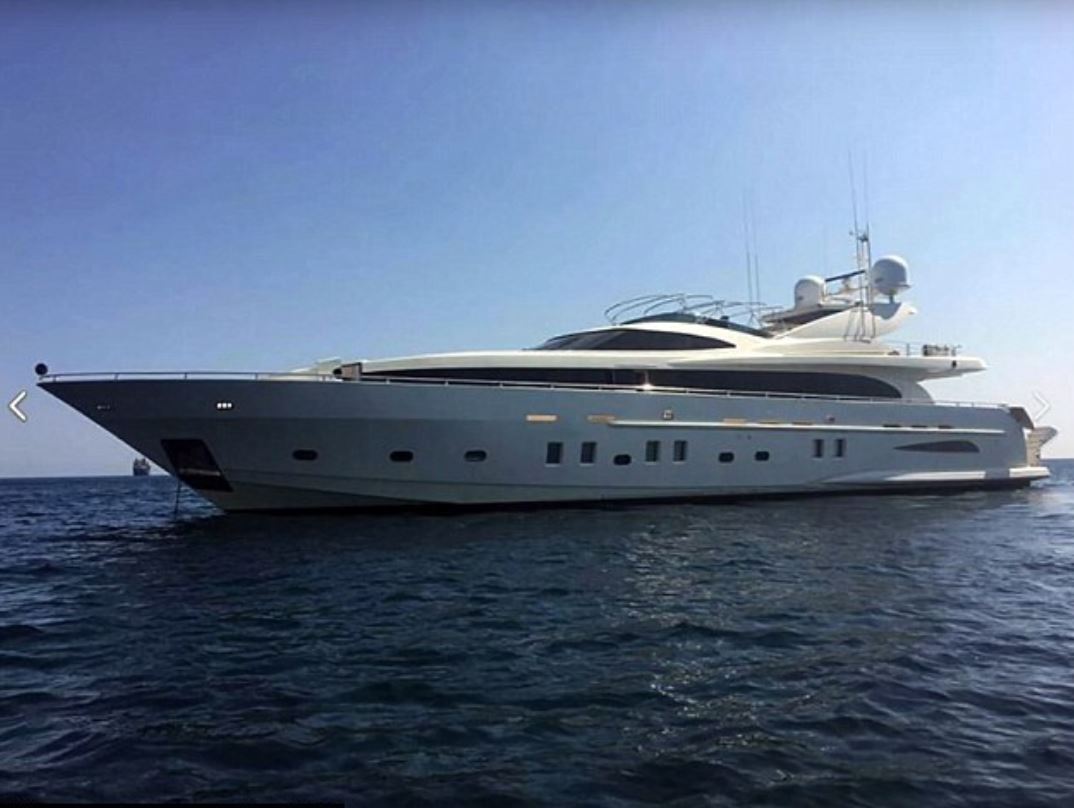 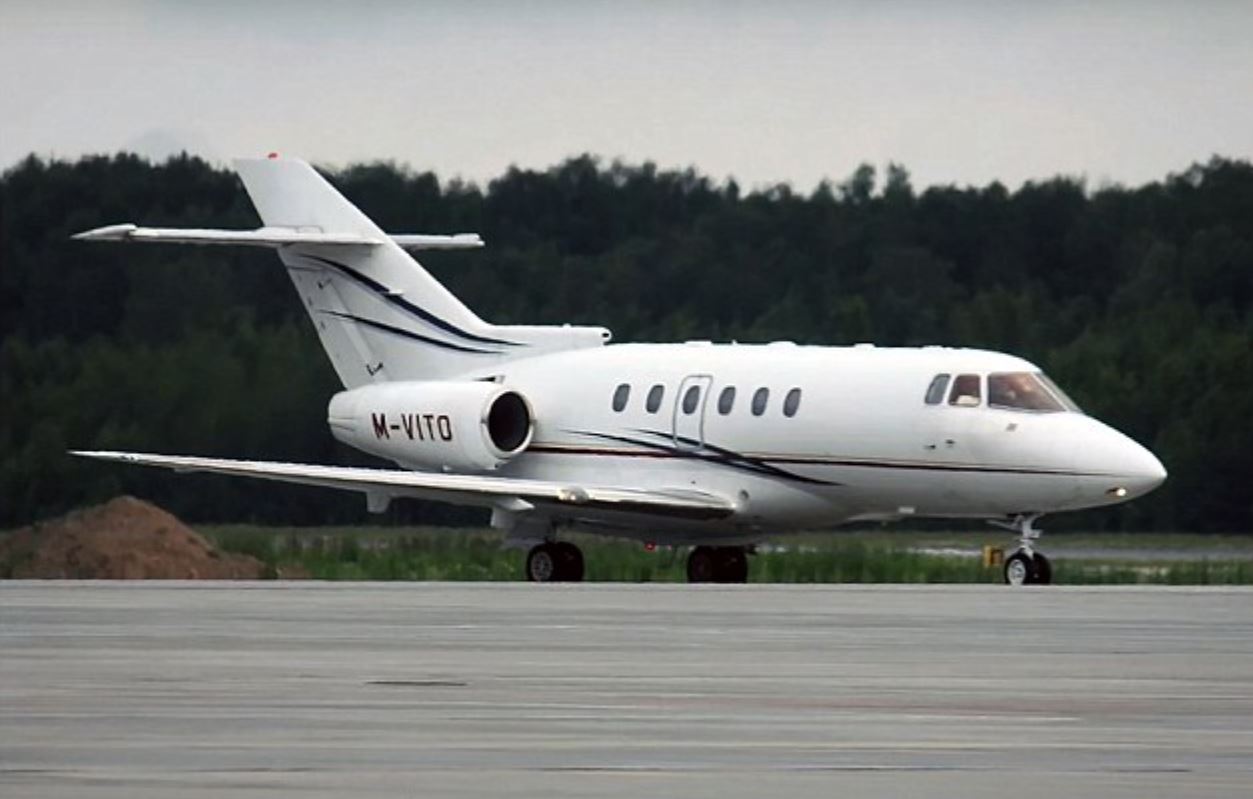 This places him in an enviable position as “one of the few survivors of the upper echelons of Putin’s inner circle”.

However, Aliyev explains that until recently he has been “kept under the rug” – not allowed to hold official positions so that he could carry out the Kremlin’s more criminal deeds.

The open-source detectives behind Bellingcat, called him “the Renaissance man of deniable Russian black ops”.

Bored of the back scenes, Aliyev says that he has now “come from the shadows to lay down his claims.”

“He has pushed himself to the front and proved himself capable of pushing forward with Russia’s offensive just as Putin is disillusioned by his generals.”

As the sharks in the Kremlin circle around Putin, its being speculated that Prigozhin could be in line to be a future successor.

Putin’s former speechwriter recently claimed that Putin might not fight the 2024 election, instead relinquishing his power to a successor and retiring to his Black Sea castle.

The tyrannical leader’s authority is being questioned as his military flounders in Ukraine and Russian bodies mount on the battlefield,

Prigozhin’s play for power has been obvious, if not risky. “He has been moving up the ranks by criticising senior generals and building up his own reputation,” says Aliyev.

Ever-reckless, Prigozhin took aim at Russia’s military in December, complaining about conditions and lack of ammunition.

“When you’re sitting in a warm office, it’s hard to hear about the problems on the front line, but when you’re dragging the dead bodies of your friends every day and seeing them for the last time – then supplies are very much needed,” he shared on Telegram.

“As for the problems that are unfortunately surfacing at every step…we will solve them and force them to be solved.”

For these aggressions and Wagner’s lack of success in the Donbas region, Aliyev states that “we are now seeing now that Prigozhin’s fortunes are turning against him”.

He has “fallen out of favour” with Putin, and his future in the Kremlin will all be dependent on whether he can “win it back”.

The fast rising Kremlin star had been cutting his teeth with the Wagner Group first in Crimea in 2014 and then in proxy wars throughout Africa and the Middle East, collecting accusations of war crimes and gross human rights abuses from the UN.

Now, the paid killer group he claims to have founded back in 2014 is acting as a de-facto army on Ukraine’s frontline, with estimates that up to be 50,000 Wagner troops are fighting in the war.

Yet, the haunting black insignia of the murky mercenary army is carried by 40,000 convicts-turned-soldiers, the US estimates.

The UK Ministry of Defence reported in December that the Wagner Group was using “readily available convict recruits” as “expendable” soldiers to feed Putin’s war machine as he takes on heavy losses.

The recently liberated lags traded in their long prison sentences for military service, but also likely death. One defected convict-soldier described being used as “cannon fodder” in Putin’s wargames. He was later suspected to have been killed by the Wagner Group.

Prigozhin is reported to have personally toured the penal colonies for these recruits over the summer that are now taking a major role in Russia’s eastern offensive.

The battle for the salt-mining town of Soledar is strategically important for Russia – whoever controls Soledar can then encircle the symbolic city of Bakhmut.

On Wednesday, the 61-year-old claimed Wagner had taken “control of the entire territory” of the gateway city, which if true would mark Moscow’s first military success since the summer.

Kyiv refutes this claim, saying that Ukrainian soldiers are still hanging on, whilst images and videos from the battle suggest it is far from over.

However, in a bold challenge to the Russian military, Prigozhin added in a statement on Telegram, that “no units other than Wagner PMC fighters were involved in the storming of Soledar”.

Putin has since reshuffled his war cabinet, once again replacing his general in charge of the Ukraine invasion.

For Prigozhin, a win is essential to furthering his political ambitions after the damage inflicted by his open criticism of Russia’s military blunders.

“If Prigozhin fails to take control of Soledar,” says Dr Aliyev, “he will likely to be removed and destroyed, or fall back into the shadows.” 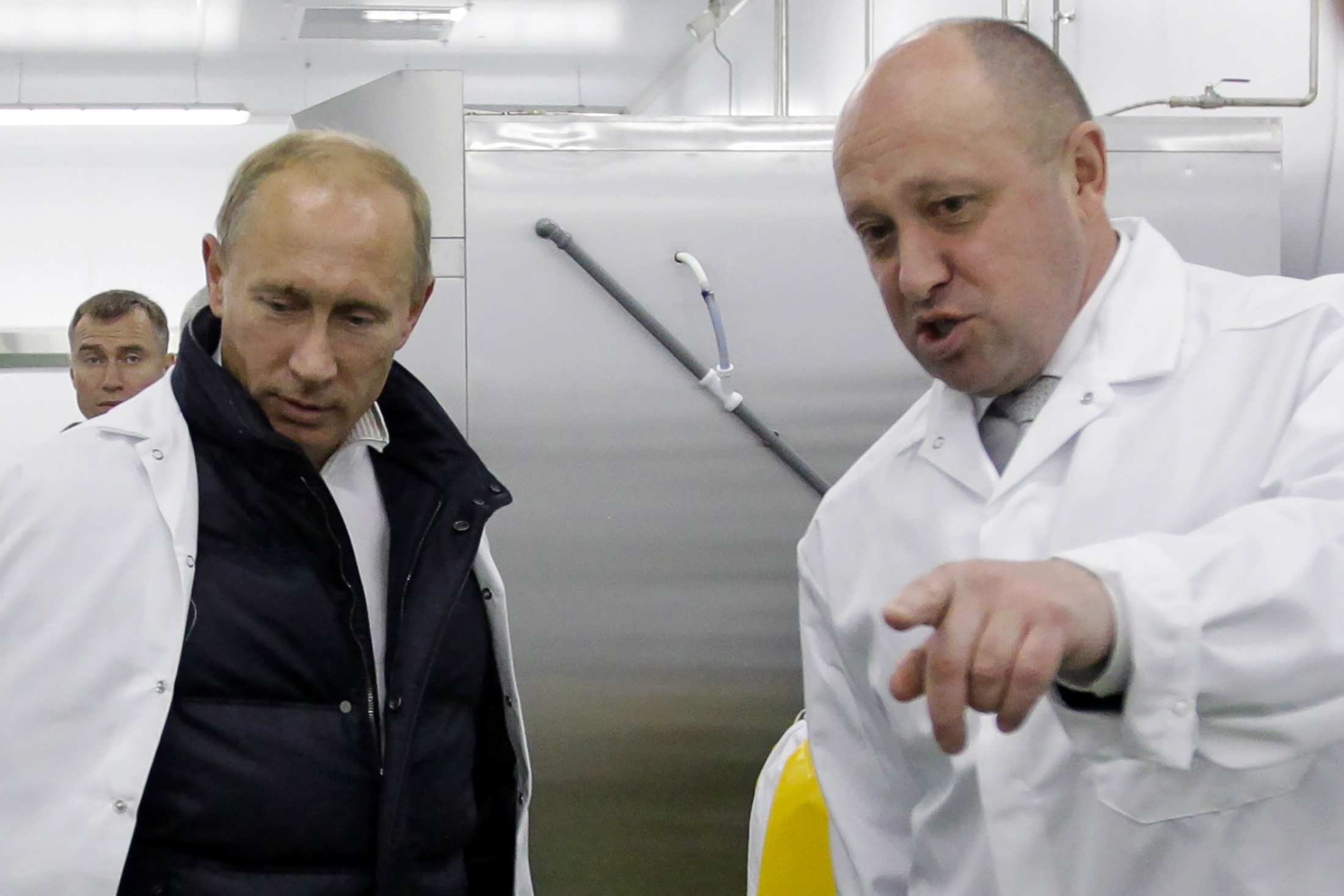 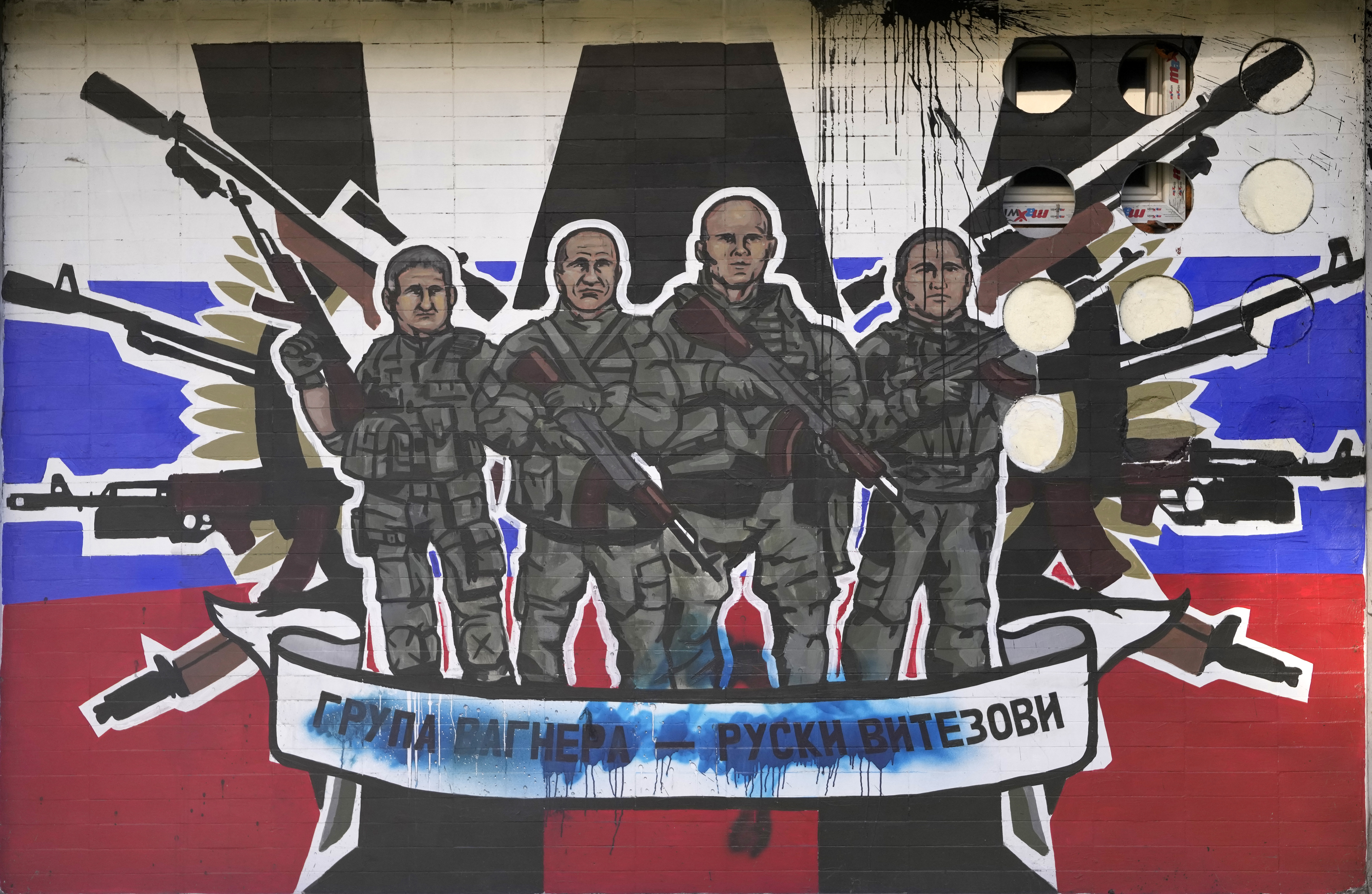 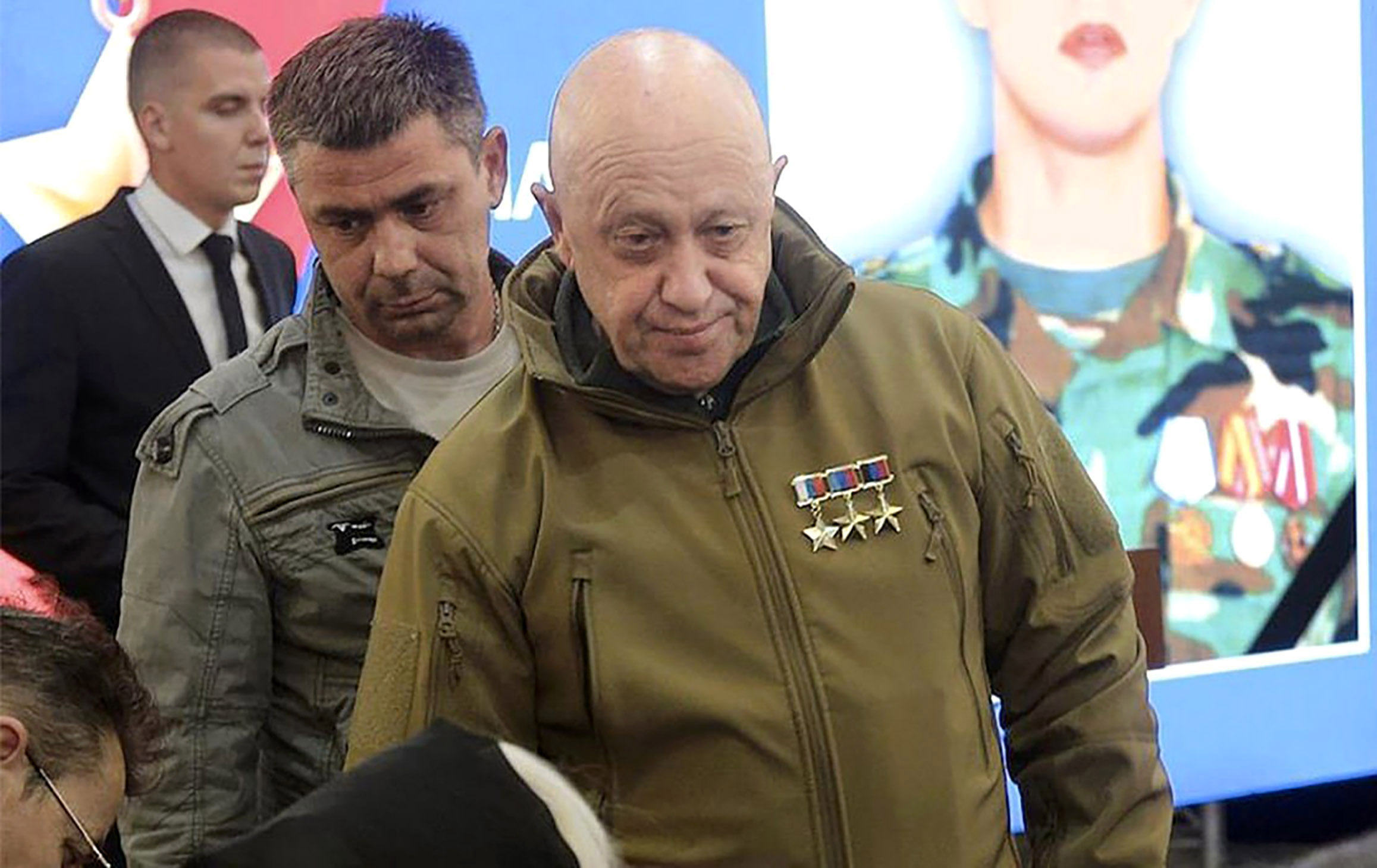