The two boys, aged around 16 to 19, launched the horrific attack in front of horrified Lincolnshire customers at around 11pm on Monday. 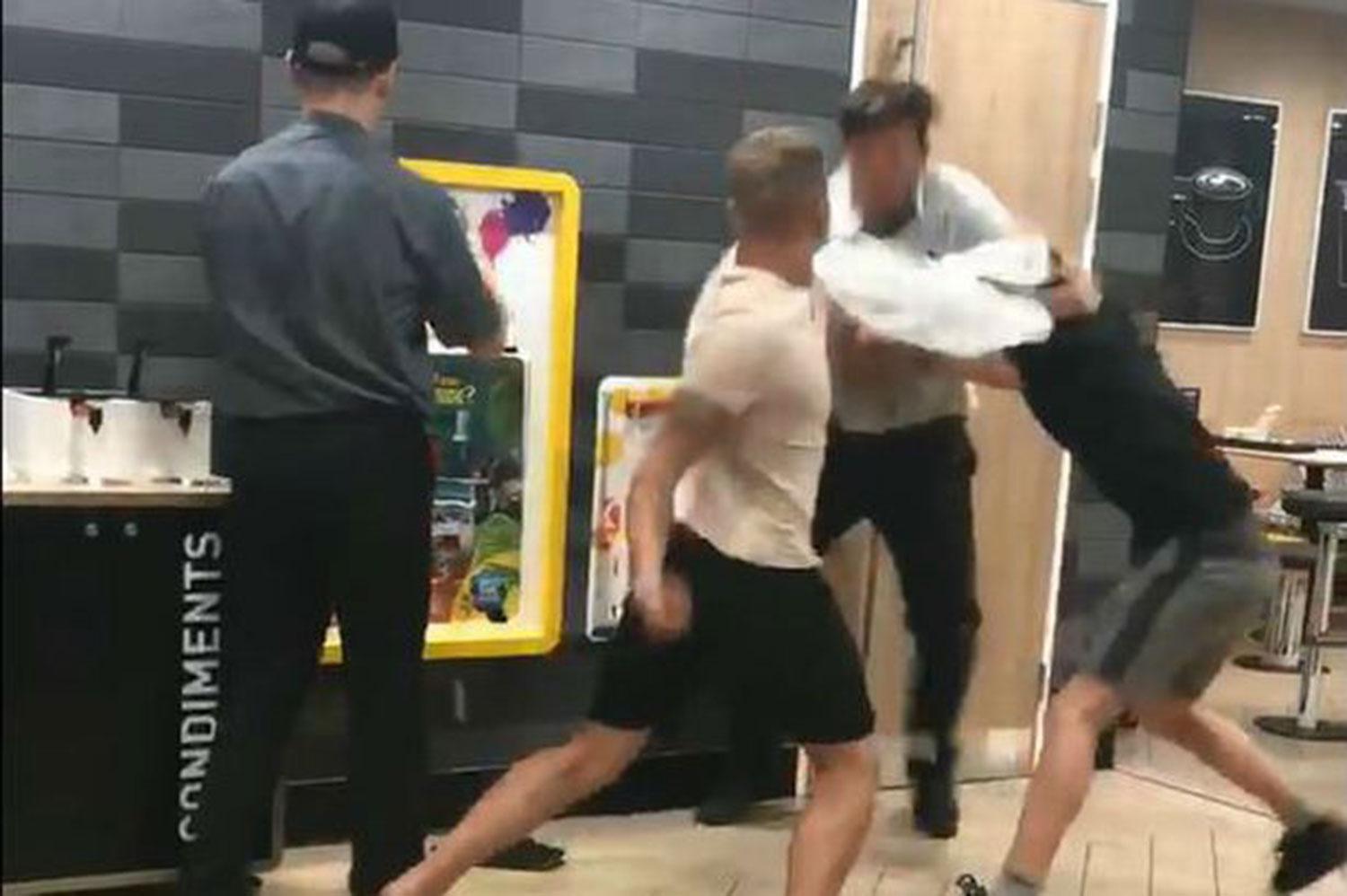 Families with children as young as ten watched the drama unfold as onlookers screamed for someone to help. But no one tried to stop the terrifying tussle.

Other McDonald's workers can be seen continuing to work, as their colleague is taken to the ground.

The mum told MailOnline she was "very sad and ashamed my boys would do this", and insisted "they will be dealt with".

One boy launched a flurry of punches on the worker as the other held him steady, in a bid to stop him from wriggling free. 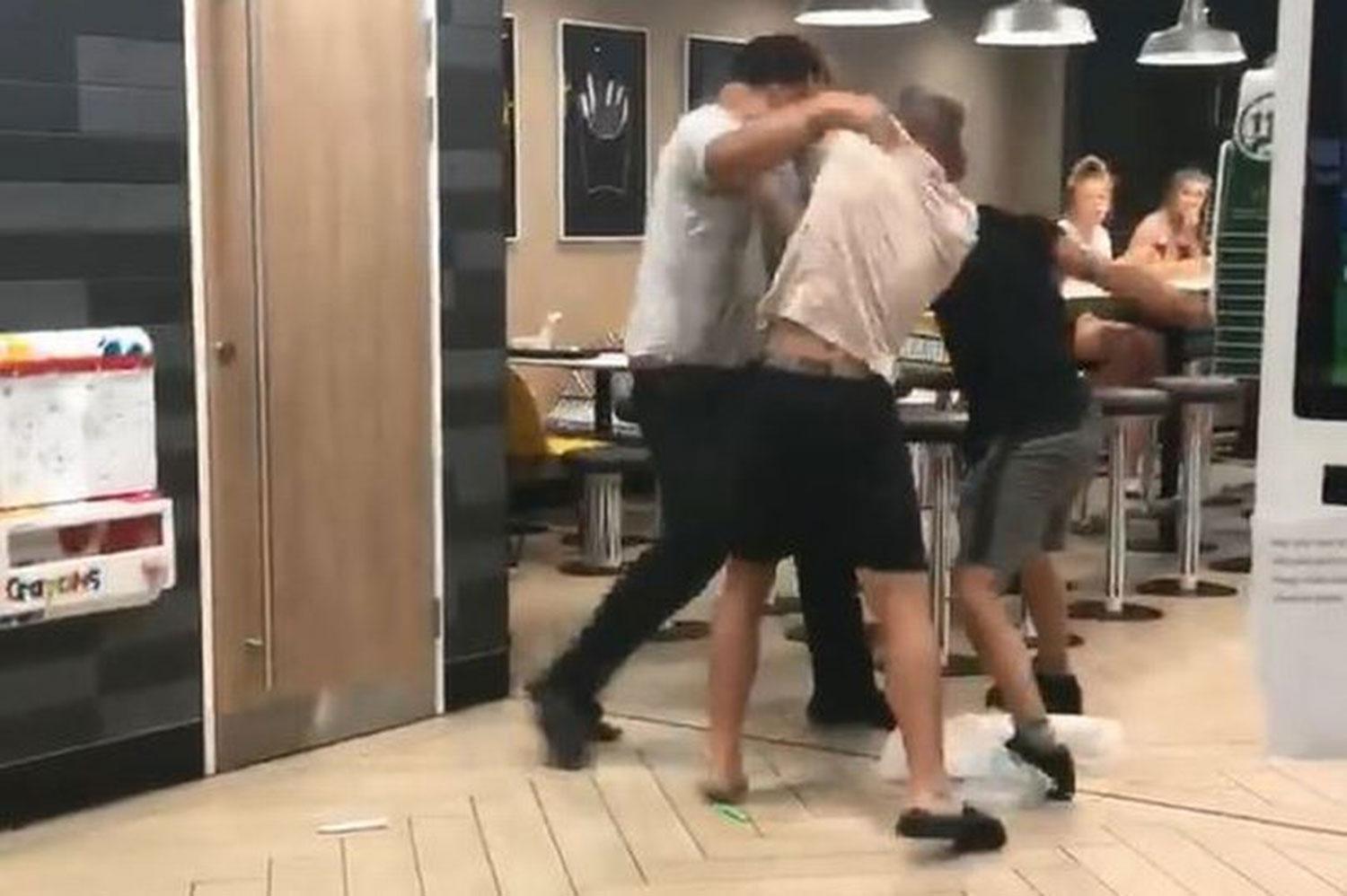 One person who watched the fight said: “The young lads wanted a fight from the beginning – they were being really stupid and were shouting and swearing at the workers.

"The two lads who were fighting were drunk.  One of the boys was trying to lock one member of staff in the toilets.

“The manager told a member of staff to go over and tell them to leave and then it all just went off.

“There were 10-year-old’s there with their parents – anyone who stepped in was going to get a beating.”

After the employee successfully got the two men out of the restaurant, the eyewitness said they came back two more times to attack the staff member. 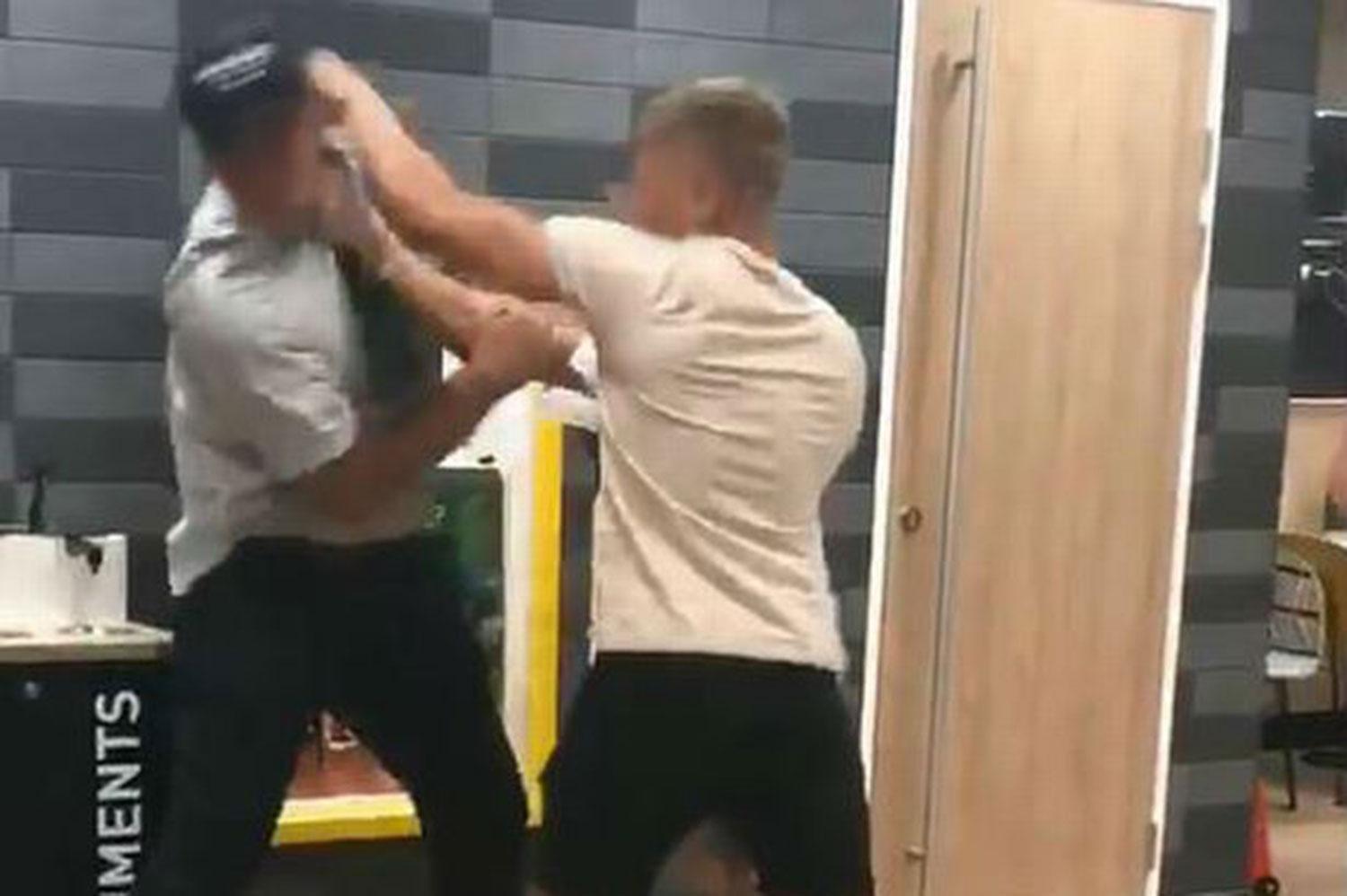 Footage of the shocking incident has been shared online, with people praising the professionalism of the staff member while pouring scorn on the actions of the men.

Police are said to have arrived at the restaurant shortly after the incident.

They said: "At 11.10pm on Tuesday, August 7, officers were called to reports of a fight between four men in McDonald's on Queen Street in Boston.

"On arrival officers found that one staff member had been involved and the other men had left the area, a search was carried out for them but they could not be traced."

A spokesperson for McDonald's told Lincolnshire Live: "The safety and security of our people and our customers is our absolute priority, and it is extremely disappointing and unacceptable to see one of our customers behaving in this way.

"We are currently reviewing security measures in the restaurant to ensure we are continuing to provide a safe working environment for our people.”