Jakarta: At least 543 hikers have been rescued from Mount Rinjani volcano on the Indonesian island of Lombok after being stranded by landslides triggered by a deadly earthquake, an official says.

At least 16 people were killed by falling debris and more than 350 were injured by Sunday's 6.4-magnitude earthquake, most of them seriously, the National Disaster Management Agency said. 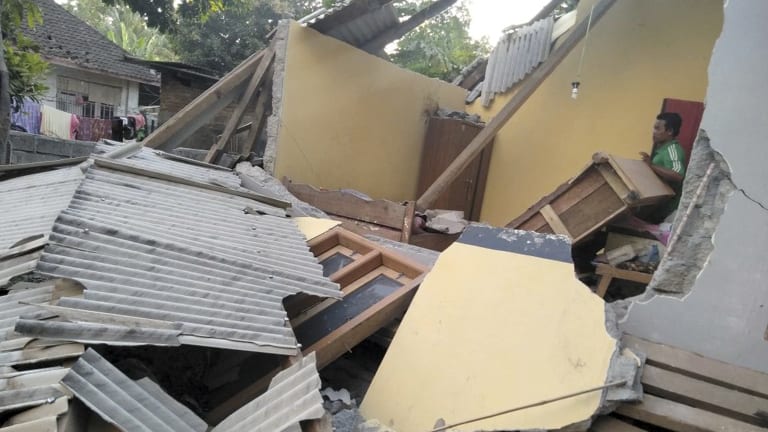 A man inspects the damage caused by the earthquake in Lombok, Indonesia.

There were 189 foreigners among the hikers rescued by a team involving civilians, soldiers and police, according to agency spokesman Sutopo Nugroho.

"They were all safe and sound," he added. 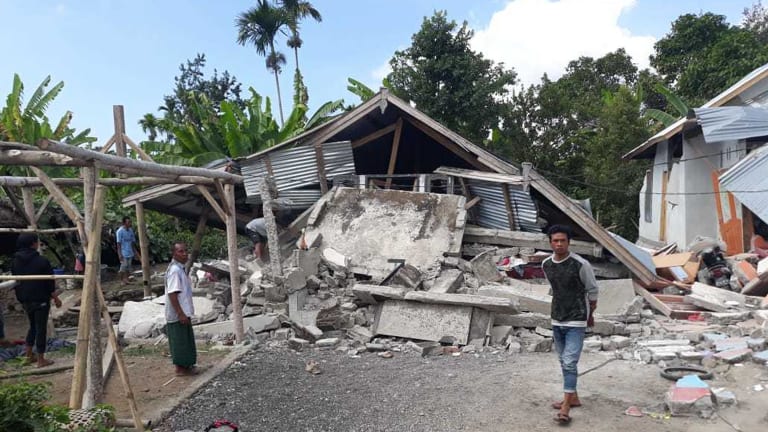 Another six climbers and one dead body were found on the mountain early on Tuesday, with retrieval efforts continuing.

Indonesia sits on the so-called Pacific Ring of Fire, which is known for frequent earthquakes and volcanic eruptions. The country is home to about 130 active volcanoes.