Hungary’s borders were shut to foreigners today as the country tries to halt a resurgence of coronavirus cases.

Cars were queuing at the border with Austria last night as Hungary re-imposed the measures that were in force during the first wave of the pandemic.

Hungarians returning from abroad will have to quarantine for two weeks unless they can produce two negative tests – but some tourists from Poland, the Czech Republic and Slovakia will still be allowed in if they are not infected.

Most of Europe’s borders re-opened in May and June, but many countries have seen spikes in cases in recent weeks which some have blamed on foreign travel. 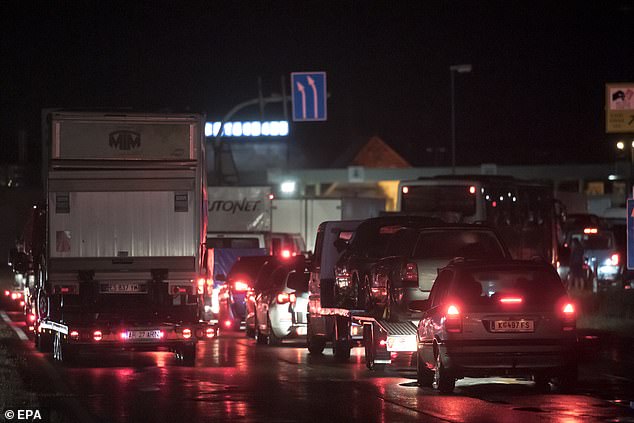 Cars queue to enter Hungary at a border crossing near Nickelsdorf, Austria, in the early hours of this morning as the Hungarian government closed its borders to foreigners 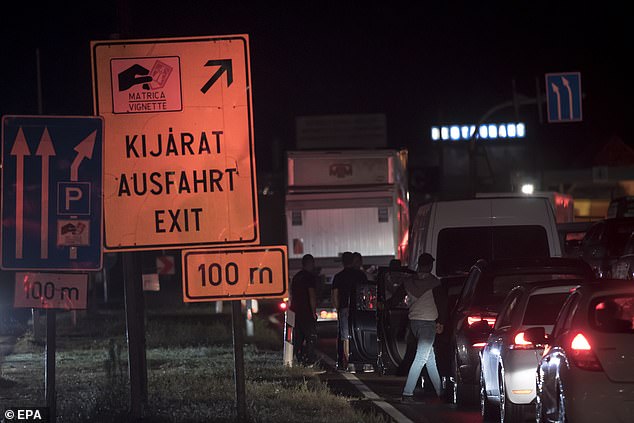 Hungary has piled up 806 new infections in the last week, an alarming increase from 239 a week earlier and 220 the week before that.

Nationalist leader Viktor Orban is facing one of the biggest challenges of his 10-year rule after the economy plunged by an annual 13.6 per cent in the second quarter.

While Hungary is one of the approved countries on the UK’s ‘travel corridor’ list, the new rules means that foreigners will not be allowed in.

Exceptions to the entry ban will apply to military convoys and for humanitarian transit, as well as business or diplomatic travel.

After talks with Czech prime minister Andrej Babis on Monday, Orban agreed to let Czech visitors who have already booked holidays for September enter the country.

The slight relaxation in the rules was later extended to Poland and Slovakia, Hungary’s foreign ministry ministry said in a statement.

Visitors coming to Hungary have to produce a negative test not older than five days, which Budapest says is secure enough. 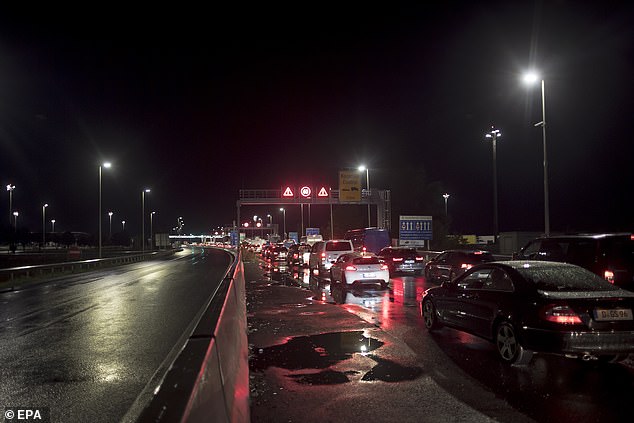 A queue of vehicles crossing in the other direction towards Austria, as Hungary shut its borders to foreigners and ordered returning Hungarians into quarantine 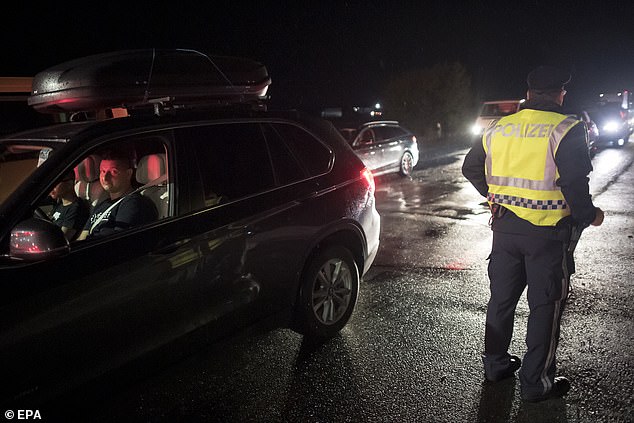 ‘The number of infections has increased … and most of these originate from abroad,’ Gulyas told a news conference last week.

‘We would not like to reintroduce lockdown measures,’ Gulyas said.

He said the border restrictions were needed to allow the school year to start this week, and protect people as well as the economy.

Hungary’s national police chief will have the power to grant exemptions in other limited cases. 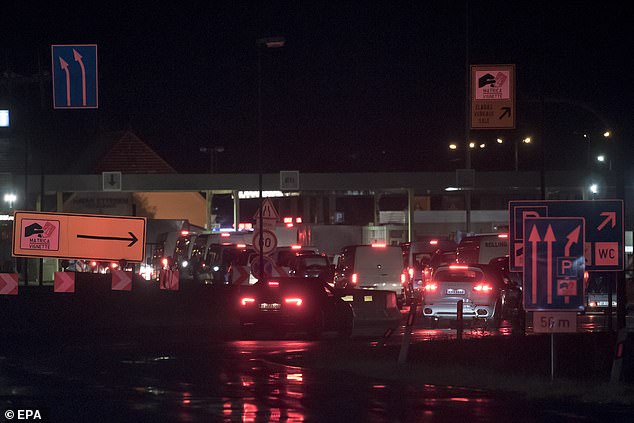 Gulyas tested negative for the virus last week after he and other officials gathered at a private event with a party spokesman who later tested positive.

Foreign minister Peter Szijjarto also came under fire last week after he was spotted on a yacht in Croatia while sharing pictures appearing to show him hard at work in an office.

Budapest is due to host the UEFA Super Cup tie between Champions League winners Bayern and Europa League holders Sevilla next month.

The government is considering various ways in which fans might be allowed to attend the match on September 24, Gulyas said.

The Champions League and Europa League finals were played behind closed doors, but UEFA is willing to allow a limited attendance at the Super Cup.

One possibility is that that fans would have to produce two negative tests at the airport, would be transported directly to the stadium and back to the airport after the game.