A sea of jellyfish: Hypnotic underwater footage captures thousands of the transparent ocean creatures swarming in the ocean off California

Connor Gallagher found a massive bloom of the stinging sea creatures in the Monterey Bay area of California, after he went out to explore the sea with a friend.

Stunning footage shows underwater conclave stretching as far as the eye can see in the warm Pacific ocean.

Connor filmed the sea jellies (Chrysaora fuscescens) on a GoPro held underwater as he drove along in a speedboat.

At least one thousand of the slippery creatures can be seen swimming past in the minute-long clip. 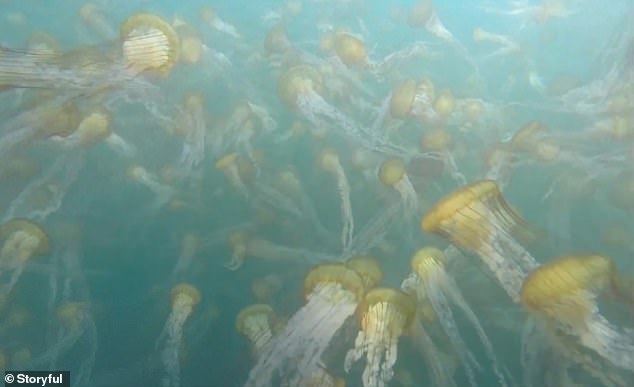 ‘My friend and I were out exploring on his boat and we came across a smack that simply infinite.

‘There were jellies as far and as deep as we could see.

‘I deployed my custom-built tow camera housing for my GoPro, and we pulled it behind the boat while we cruised through the smack (of jellies). 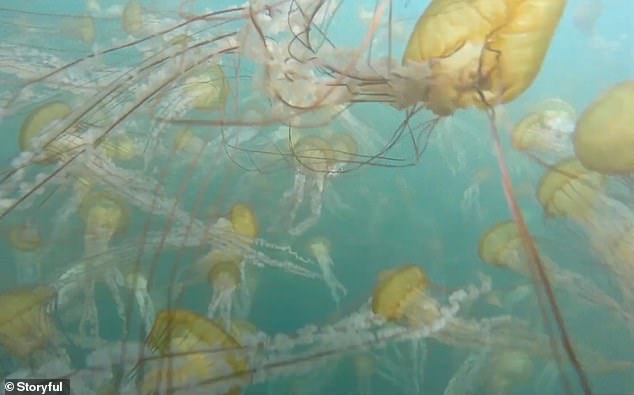 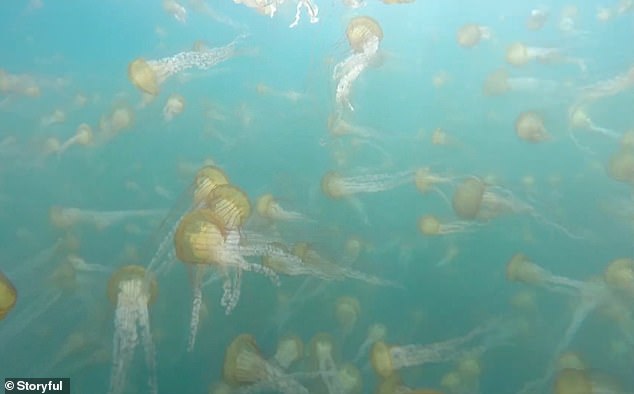 When Connor went to retrieve the camer he did manage to take a few stings to his hands, but said the footage ‘was worth the short term ouch’.

The brown sea nettle jellies have very powerful stinging cells – known as nematocysts – and so can deliver a lot of pain if they come into contact with a human.

Connor has lived to the north to Monterey Bay for the last four years, and previously taught students marine biology on Catalina Island. 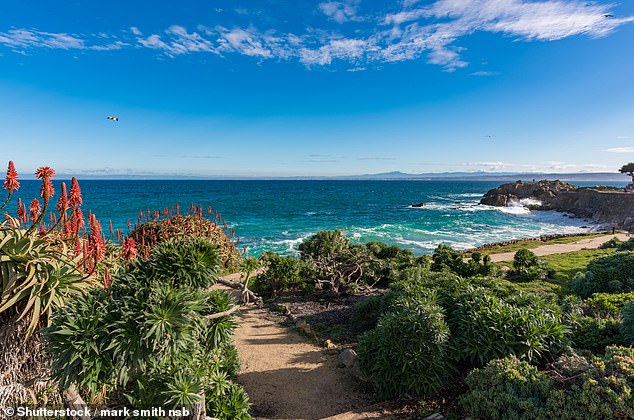