‘We do things in twos’: Identical twin brothers to marry identical twin sisters after going on their first date together and now plan to live in the same two-bedroom apartment after the wedding

Identical twin brothers in Michigan are going to marry identical twin sisters in a joint ceremony before moving in together in the same two-bedroom apartment.

Zack and Nick Lewan, 24, have been inseparable since birth. So have their future wives Krissie and Kassie Bevier, also 24.

The couples said they do everything ‘in twos’ and that includes getting married.

According to the Jackson Citizen Patriot, Krissie and Zack and Kassie and Nick plan on tying the knot in back-to-back weddings this weekend. The couples will then share their reception on Saturday night before moving into their two-bedroom apartment to start their new lives. 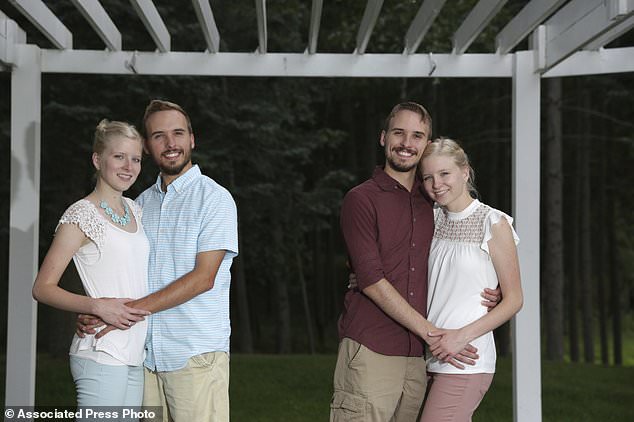 Krissie Bevier and fiance, Zack Lewan (left) and Nicholas Lewan and fiance, Kassie Bevier (right) will get married in back-to-back weddings before celebrating their receptions together and moving into the same apartment 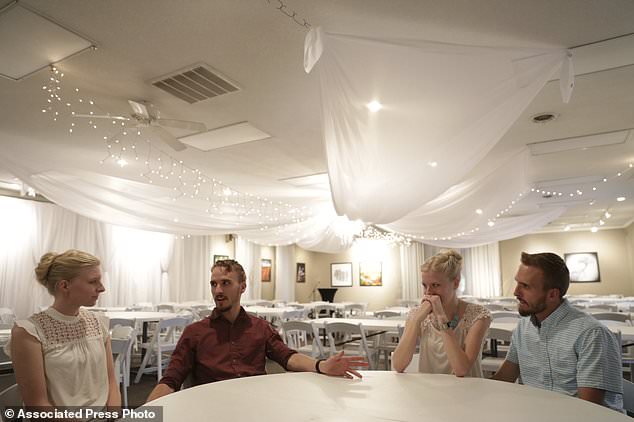 Kassie and Nick (left) met four years ago in college and introduced their siblings to each other. They all had their first date together

Krissie and Zack’s wedding will take place on August 3, the outlet reports. Kassie and Nick’s on August 4.

‘I’m in disbelief sometimes of just how everything happened,’ Nick told WILX-TV .

Krissie said it was important that she and her sister get their own wedding days as ‘being a twin, you never get anything on your own’. However, since their guest lists are pretty much identical they decided to have their ceremonies a day apart.

The couples also plan to spend a few days of their honeymoons separate. They will each travel to Florida – four days apart – to celebrate their weddings and only spend a few days at Disney World together.

Kassie and Nick first met as students at Grand Valley state University four years ago. They brought their siblings along on their first date to a church service. Krissie and Zack hit off immediately and started dating shortly after.

The twins are so close that they even planned their engagements on the same day. Nick and Zack both popped the question to their significant others last year during a family trip to the Henry Ford Museum in Dearborn. 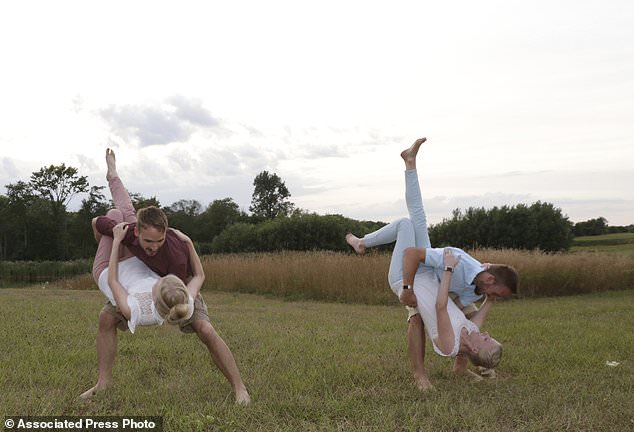 The couples even got engaged on the same day. Both men proposed to their significant others last year at a museum 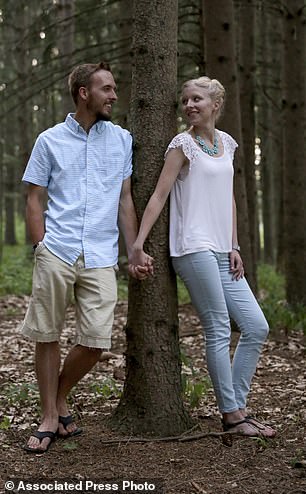 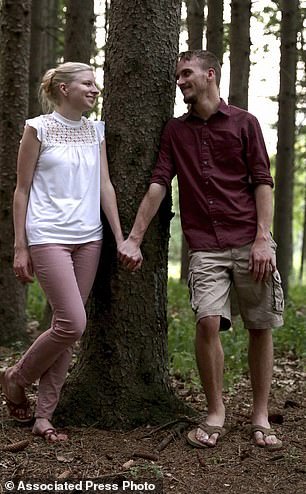 Krissie Bevier and fiance, Zack Lewan (left) and Nicholas Lewan and fiance, Kassie Bevier (right) will then move into a two-bedroom apartment together

‘It basically happened at the same time … which is par for the course for us,’ Kassie said. ‘We do things in twos.’

The couples plan to move in together into a two-bedroom apartment in Fenton, but said that even though they do things together they are still ‘individuals’.

‘We work differently and we have different interests, and just respect each other for those differences,’ Zack said.

The couples said they click so well because they were brought up with the same family values.

‘We just flow together and it makes sense,’ Krissie said. ‘There is a special twin bond, and having someone who understands that is huge.’