Iman, 29, quits job at mosque to become front line police officer in bid to help young Muslims stay away from life of crime and gang culture

A Muslim Imam is believed to have become the first in the country to quit his job at a mosque to become a front-line police officer.

PC Emad Choudhury has joined the West Midlands Police in a bid to divert young Muslims away from a life of crime and gang culture.

The 29-year-old is the first Imam to become a PC in the West Midlands and possibly the UK.

He says he is trying to play an influential role in reaching out to Islamic teenagers and hopes to inspire more Muslims to join the police. 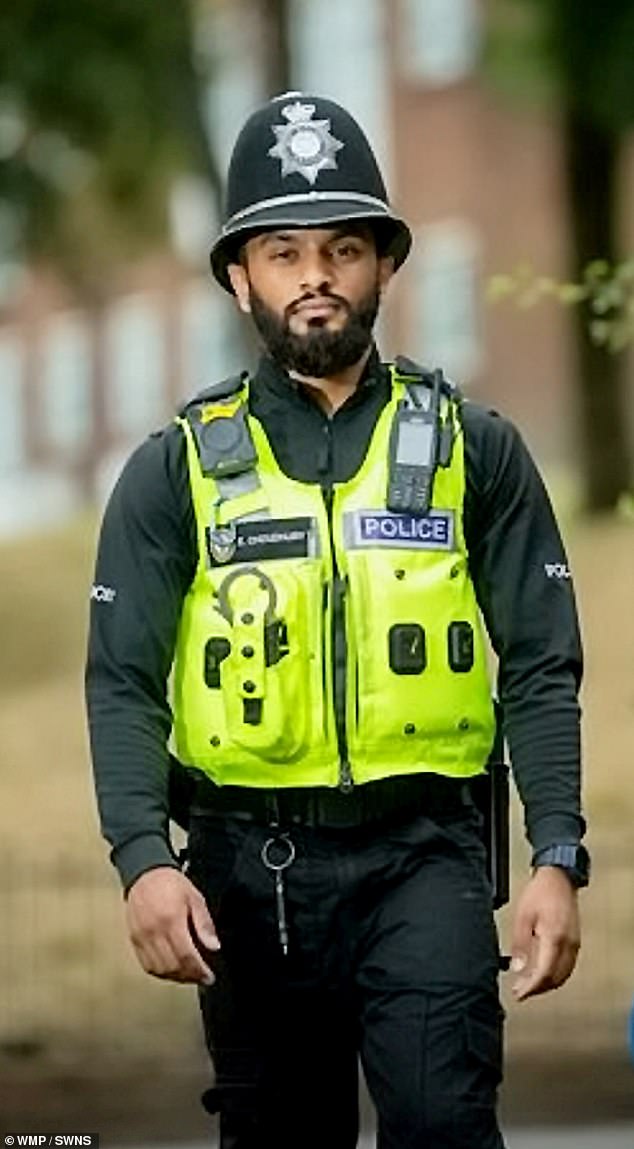 PC Emad Choudhury, 29, is believed to have become the first in the country to quit his job at a mosque to become a front-line police officer in the West Midlands

And although Mr Choudhury admits it was hard to get some youngsters to sit in the same room as a cop, he believes his standing in the community has helped break down barriers.

Mr Choudhury spent five years at the Bahu Trust mosque in Balsall Heath, Birmingham, before joining the force as a student officer in 2018.

He then helped police the streets with the Edgbaston neighbourhood team on response shifts attending emergency call outs.

He is now assigned to the Project Guardian team – a specialist unit tasked with tackling knife crime and youth violence.

And Mr Choudhury is using his influence at the Bahu Trust – where he still delivers Friday prayers – to educate young people on the devastating impact of knife crime. 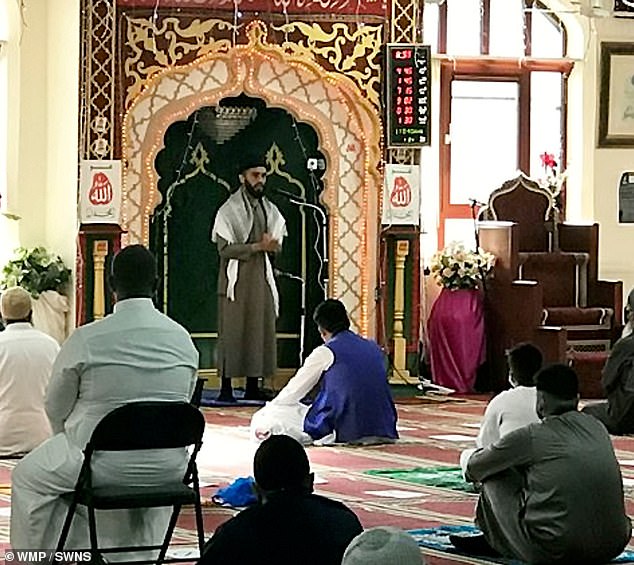 Mr Choudhury, who still delivers evening prayers, says he is trying to play an influential role in reaching out to Islamic teenagers and hopes to inspire more Muslims to join the police

He said: ‘It’s something I’m really passionate about.

‘Too many children, including some from my home in Sparkbrook, are being killed and lives ruined through knife crime.

‘I know these communities, I live here and I know how it works. I’m trying to use my access to people here to prevent more lost lives and heartache.’

Mr Choudhury also runs a scheme called Empowering Futures that’s seen him and others work with a group of 16 to 19-year-olds considered at risk of being drawn into crime.

He added: ‘Everyone completed the four-month course. At first it was difficult to get some to even sit in the same room as a police officer.

‘Many of them belong to a boxing club and now they’ve asked the local inspector to present awards at their end of season event. That’s how far we’ve come.’

Mr Choudhury describes himself as a ‘devout’ Muslim but says juggling religious and policing duties has been easier than he imagined. 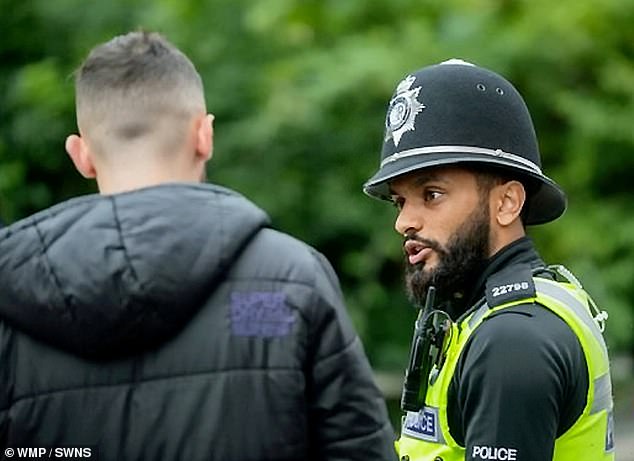 He said: ‘I thought it would be harder to be who I am. I pray five times a day, at specific times, and was worried it would be difficult for the force to accommodate.

‘In reality it’s been quite simple and my Inspector understands there are brief moments in the day when I need to pause.

‘There is a designated Prayer Room but to be honest I would be happy to whip out a prayer mat at the side of the road while on an operation if I needed to.

‘Though that’s never needed to happen.

‘I’ve had a bit of banter from people I know in my community at me becoming a police officer but no aggression. No-one suggesting I’m a traitor or a sell-out.

‘People I speak to are intrigued; they want to know what I’ve been doing. Two people I know have now applied to be police officers.

‘One is in the final stages of training and the other is going through the application process.

‘Police values are the same as my religion. It’s really simple. It boils down to being a good person, having a good heart and caring for people.

‘It is busy, it can feel crazy at times, but you have a chance to impact on people’s lives in a positive way and make a difference.

‘I’ve helped people at times of crisis and when you look in the mirror at the end of a shift that’s an amazing feeling.’

Earlier this year Mr Choudhury and the Bahu Trust won a United Nations Safer Cities Award for a video they made telling the story of two Muslim mothers affected by knife crime.

One is mourning her son’s murder. The other, the killer’s mother, is being shunned by most in her community and wracked by feelings of shame.

Mr Choudhury scripted the video and worked with young people in his Sparkbrook community to play roles in the short film.

He’s working on another video to be shown in mosques and schools which tells the story of two friends who grow apart when one is groomed by a gang to deal drugs.

Kamran Shezad, from the Bahu Trust, added: ‘Emad has helped deliver our work on violent crime from a faith perspective.

‘It’s changed the lives of many young people in east Birmingham; it’s good to see West Midlands Police recognises the unique position of influence Emad holds in the community he was born in and understands so well.