Calls for an In-N-Out boycott are getting mixed responses on social media.

An Alabama state senator has invited the California-based In-N-Out hamburger chain to his state after some California Democrats called for a boycott of the chain over donations made to the state’s GOP.

In-N-Out reportedly donated $25,000 to the California Republican Party earlier this week, and the revelation has caused many who identify as Democrats — or just not Republican — to demand a boycott of the chain.

This is not the first time In-N-Out has donated to the GOP. In 2016 and 2017, the company donated $30,000 to the Republican Party for general expenses, Los Angeles magazine reported. 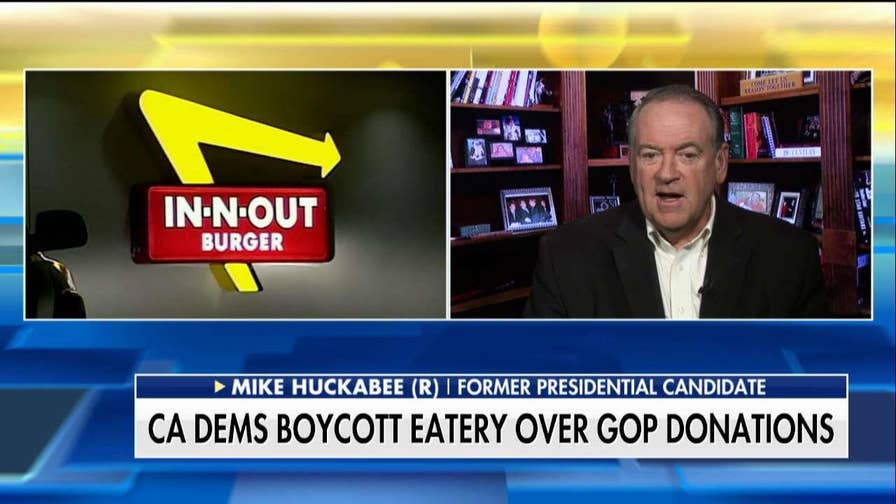 But the fast-food restaurant has also given thousands of dollars to support the Democratic PAC "Californians for Jobs and a Strong Economy," a pro-business group created by Democrat David Townsend in 2009.

In-N-Out was founded in Baldwin Park, Calif., in 1948. Its headquarters is currently in Irvine, Calif. It operates restaurants in six states: California, Arizona, Nevada, Oregon, Texas and Utah.

Amy Lieu is a news editor and reporter for Fox News.