Police in eastern India have sealed a shelter for destitute women amid reports that 11 of the women are missing, police said Wednesday.

Another shelter run by the same charity was closed in June after dozens of girls said they had been raped there.

The charity’s director and nine of his employees have been arrested on rape charges. 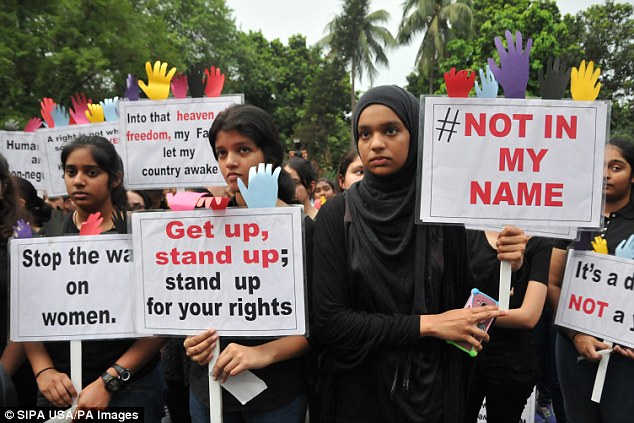 Police in eastern India have sealed a shelter for destitute women amid reports that 11 of the women are missing. Pictured, Indian students protest the rape of a little girl in April

Both shelters – one for women, the other for girls aged between seven and 17 – are in the town of Muzzafarpur, some 40 miles outside of Patna, the capital of Bihar state.

The state handed over investigation of the case to the federal government on Sunday after a wave of protests and demands by the political opposition and human rights groups.

Media reports say the charity, Seva Sanklap Ewam Vikas Samiti, received about $150,000 per year from the state and federal governments to run shelters for women and girls. 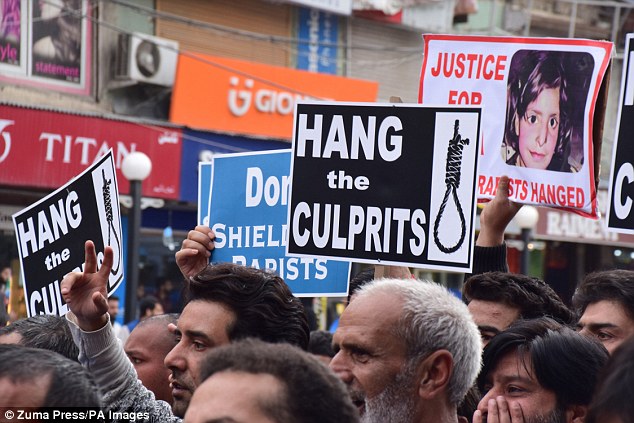 Brajesh Thakur, who has run the group since 1987, has been held since early June, when authorities raided the girls’ shelter.

The Mumbai-based Tata Institute of Social Sciences found evidence of trouble during an audit of the charity earlier this year.

State investigators then interviewed girls at the shelter, many of whom said they had been raped.

India has been shaken by a series of high-profile sexual assaults since 2012, when a young woman was fatally gang-raped on a moving New Delhi bus.

That attack sparked protests calling for more protection for women, and harsher punishments for their attackers.

Since then, India’s Parliament has doubled prison terms for rapists to 20 years and criminalised voyeurism, stalking and the trafficking of women.

In April, India’s Cabinet passed an executive order making the rape of girl under 12 years old punishable by the death penalty.

But despite the increasingly stringent laws, women often remain relegated to second-class citizenship in Indian courts and police stations.