Force of 14,000 firefighters, including 2,000 inmates, now battling 18 major wildfires raging across California, including the largest EVER in state history as new images show the smoke from space

Some 2,000 inmate volunteers paid $1 an hour are part of the contingent of 14,000 firefighters battling 18 major wildfires raging across California, including the massive Medocino Complex Fire that is now the largest in state history.

The inmate volunteer force now accounts for 14 per cent of the firefighters deployed across California, and is composed of minimum-security inmates who are considered low security risks.

‘The inmate fire fighters work in teams of 12 – their specific job is to cut containment lines and fire breaks to either stop a fire or change its direction, while firefighters from CalFire and other agencies directly attack the flames,’ California Department of Corrections and Rehabilitation spokesman Bill Sessa said in a statement to DailyMail.com.

‘That means our inmates are often hiking into back country with 60 pounds of gear on their backs. In fire situations like those we are now seeing in California, our firefighters – and all the others as well – are working 24 hours straight before being rotated by other crews who rested in the previous 24 hours,’ Sessa said. 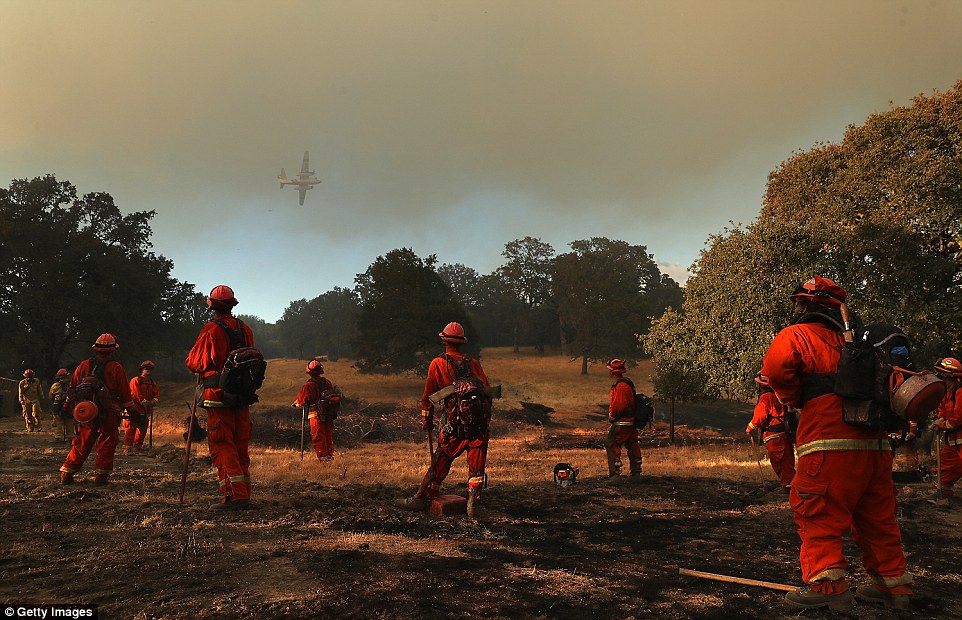 Inmate firefighters look on as a firefighting aircraft prepares to drop fire retardant ahead of the River Fire component of the Mendocino Complex as it burns through a canyon on August 1 in Lakeport, California 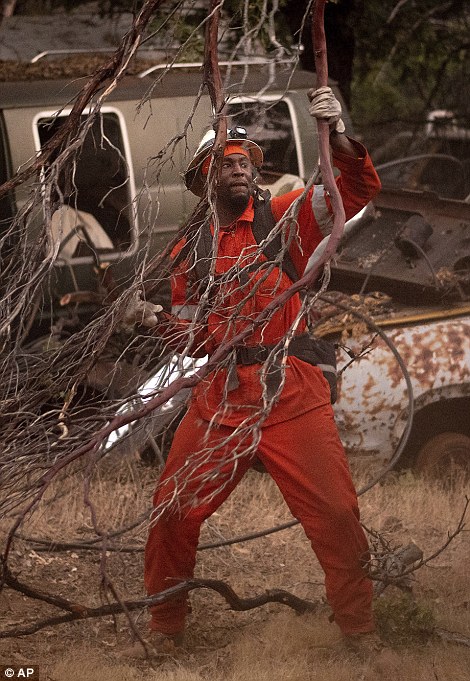 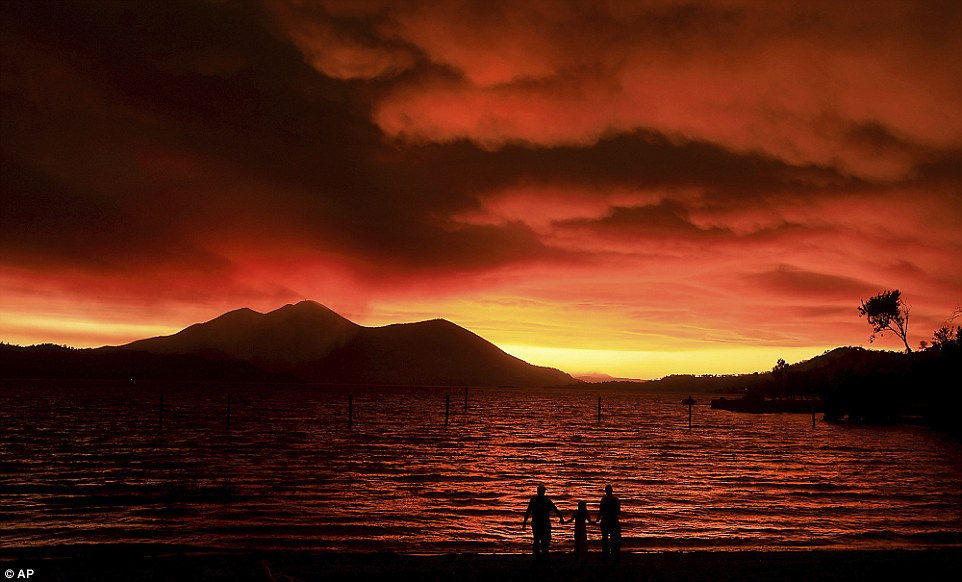 Evacuees from Lucerne, from left, Ken Bennett with Ember Reynolds, 8, and Lisa Reynolds watch the sunset as smoke from the Ranch Fire rises into the sky at Austin Park Beach in California’s Clearlake with Mount Konocti in the background 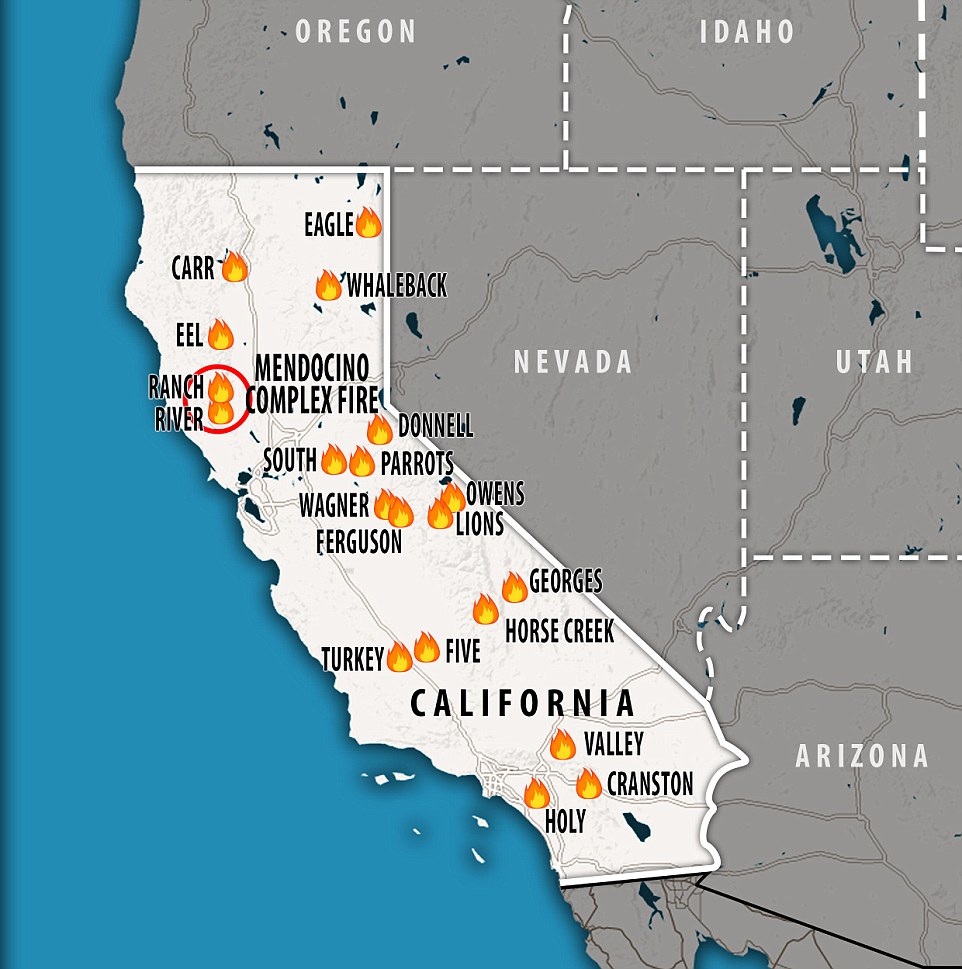