A TODDLER was found "surrounded" by beer bottles and thick cigarette smoke inside a "filthy" apartment where her parents had been boozing for two weeks straight, during which time they "forgot" to feed her.

Two-year-old Arina was reported missing by concerned nursery teachers and neighbours and was found by police extremely malnourished. 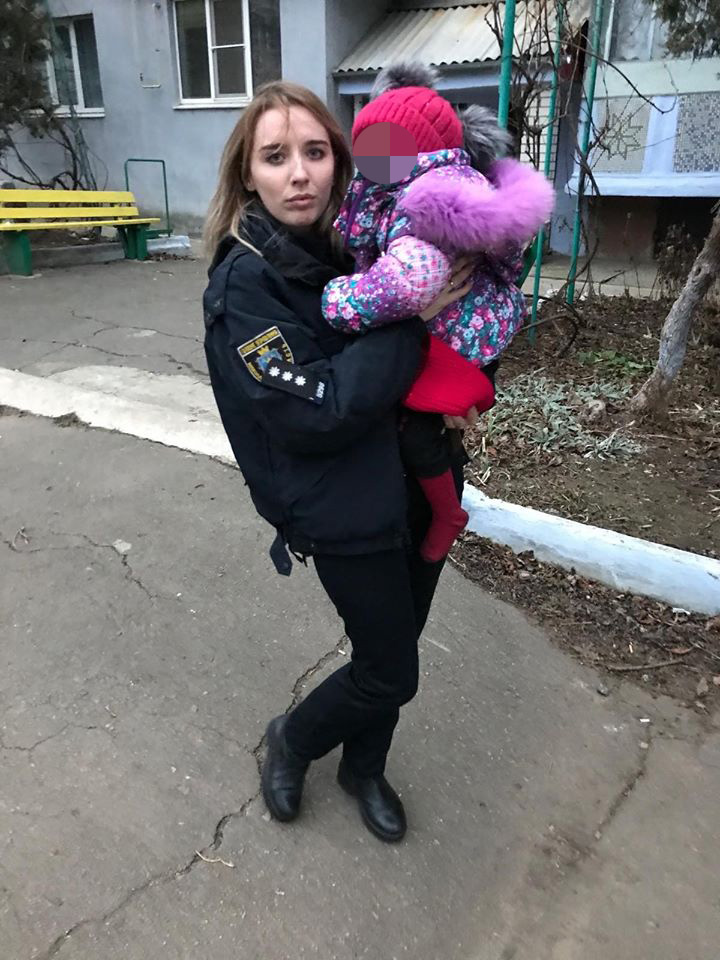 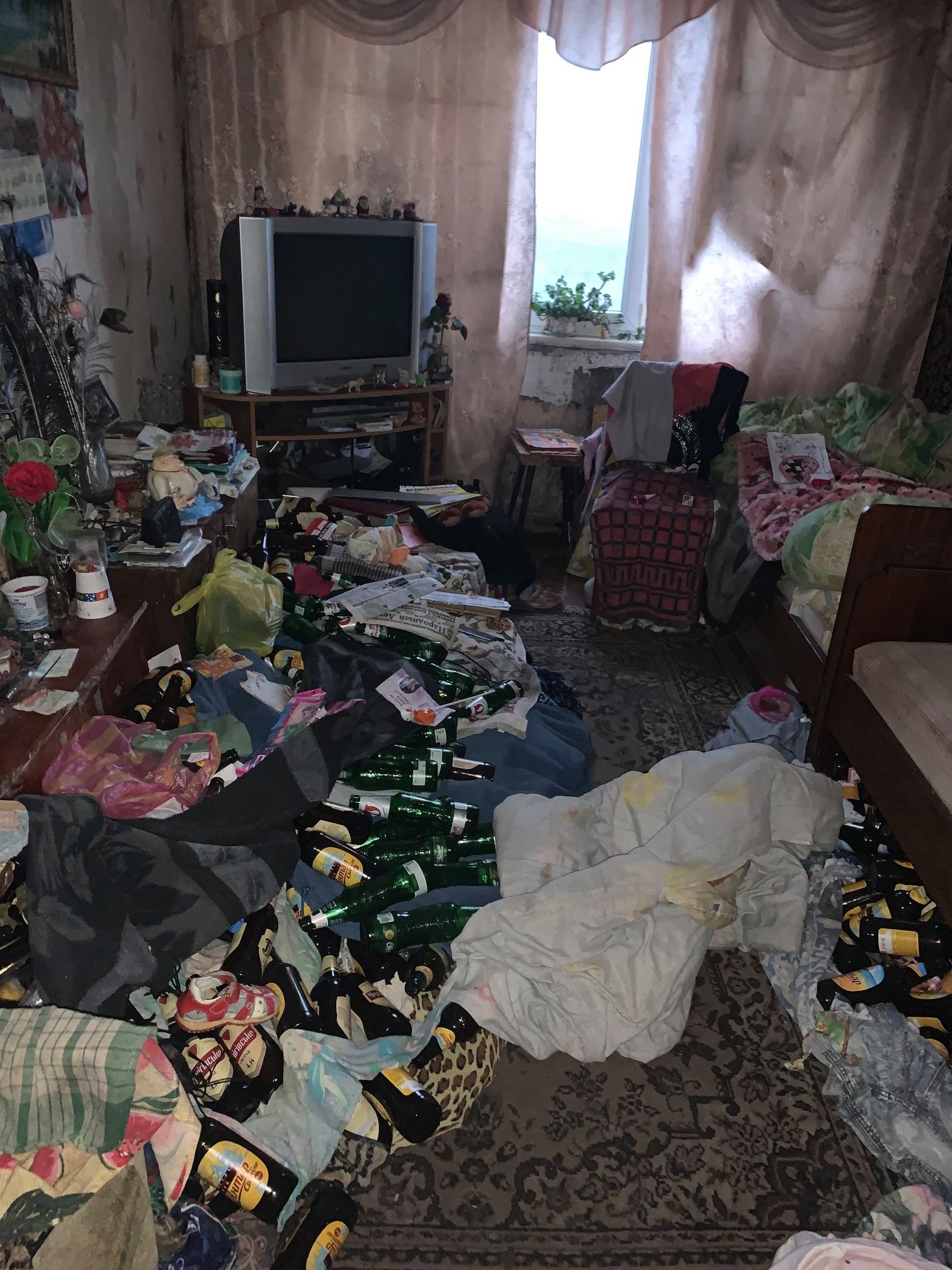 The tot had been locked inside the stinking apartment in Snihurivka, Ukraine while her parents and grandma drank themselves into a stupor for 14 days.

Cops discovered little Arina at the flat with "hundreds of beer bottles…a mountain of unwashed utensils and an empty fridge".

Grim pictures from the scene show rubbish piled high throughout the home, with stained sheets and empty bottles of alcohol strewn across the floor.

The fridge is completely empty and filled with a brown sludge that has pooled in a corner of the bottom shelf.

Snaps of the kitchen show piles of empty used dishes across the counter.

Arina was reported missing to police after a nursery worker became concerned that she hadn't seen her for several consecutive days.

She said: "We tried to reach the parents by phone but they did not return our calls.

"Some other parents who live in the family’s apartment block told me they had not seen Arina around for a long time.

“We started to worry and called the police".

Police had to break down the door to the squalid flat as the owners were apparently too incapacitated to answer the door,

Cops said: "The girl’s parents, grandmother and a friend of the family were heavily drunk.

“The adults and the child were sitting in a room filled with thick cigarette smoke.

“The flat was filthy. We could not leave the child in such unsanitary and unhealthy conditions".

Police chiefs say little Arina is now being treated in hospital for malnutrition and will be handed to child protection once she is well enough to be discharged.

One social worker said they were: "Planning to sue the parents and deprive them of parental rights".

The girl's father has insisted to local media that despite the incident, he is a "good father".

Her mum said: "I am ashamed. I do not know why it happened. I will fix everything". 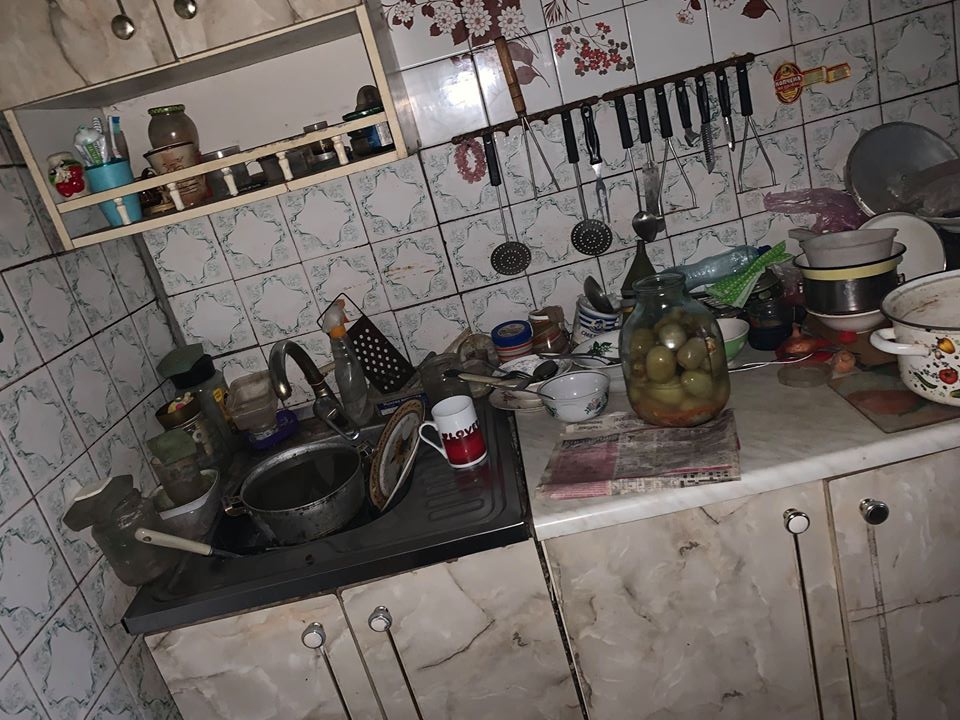 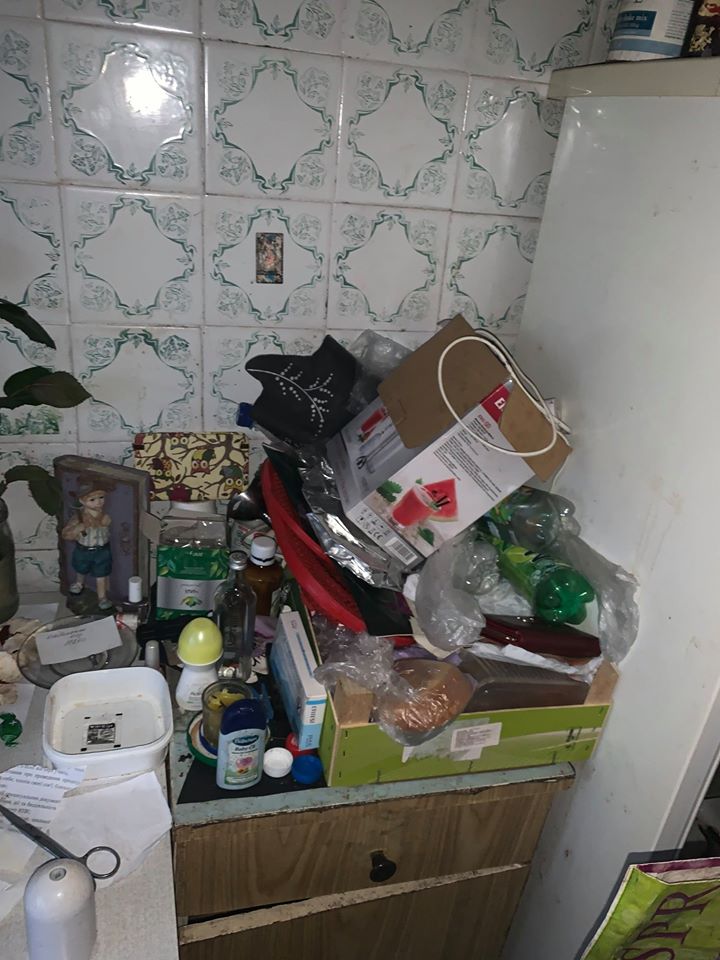 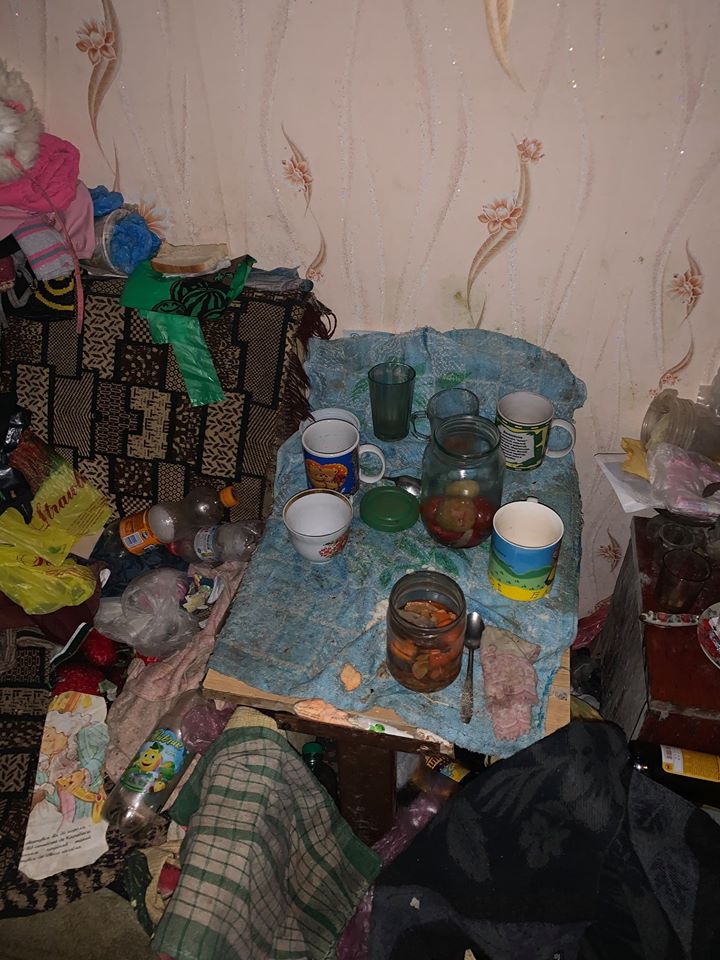