TWISTED ISIS and Al Qaeda fanatics have lavished sickening praise on the Boulder suspect for "killing crusaders" after he allegedly gunned down 10 people in a horror shooting spree.

Ahmad Al Aliwi Alissa has been charged with mulitple counts of murder by cops in Colorado for allegedly rampaging through a grocery store with an AR-15-style rifle earlier this week. 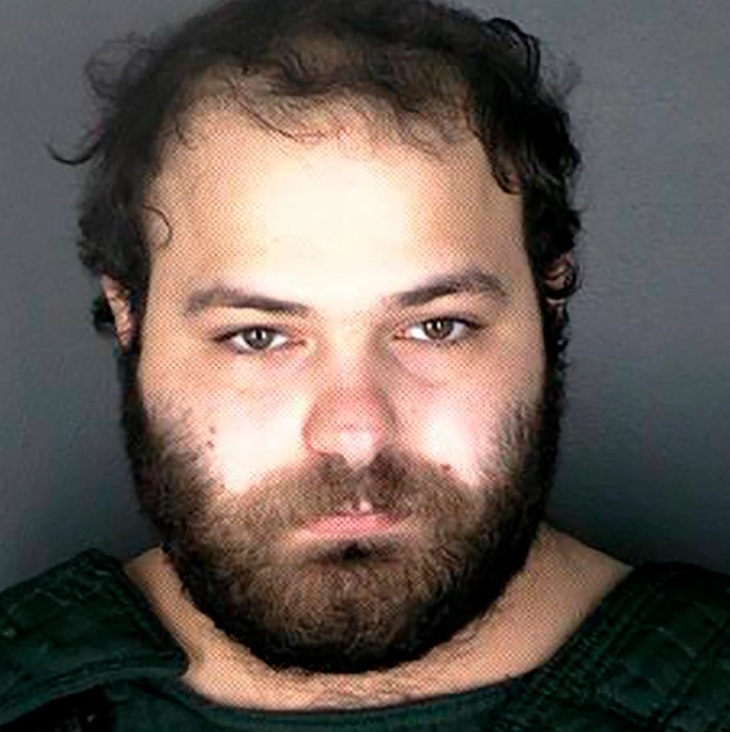 While America mourns Monday's atrocity, hate-filled supporters of the two terror groups have taken to social media to celebrate the bloodshed hailing it a "great day."

Many of the vile messages were posted on Telegram and on the ISIS-operated Rocket.Chat platform, reveals the Middle East Media Research Institute (MEMRI).

On Tuesday, yusuf-2 – reported to be a prolific user of Rocket.Chat – commented: "Unclear motive but their internal strife is a sign to us.

Several hours later, he speculated that the suspected shooter could be an ISIS operative, writing: "Maybe a brother!"

There is absolutely no suggestion Syrian-born Alissa has any connection with terror groups.

Another Rocket.Chat user shared a poster featuring police vehicles at the scene of the shooting, a photograph of the shooter, and his name written in Arabic calligraphy. 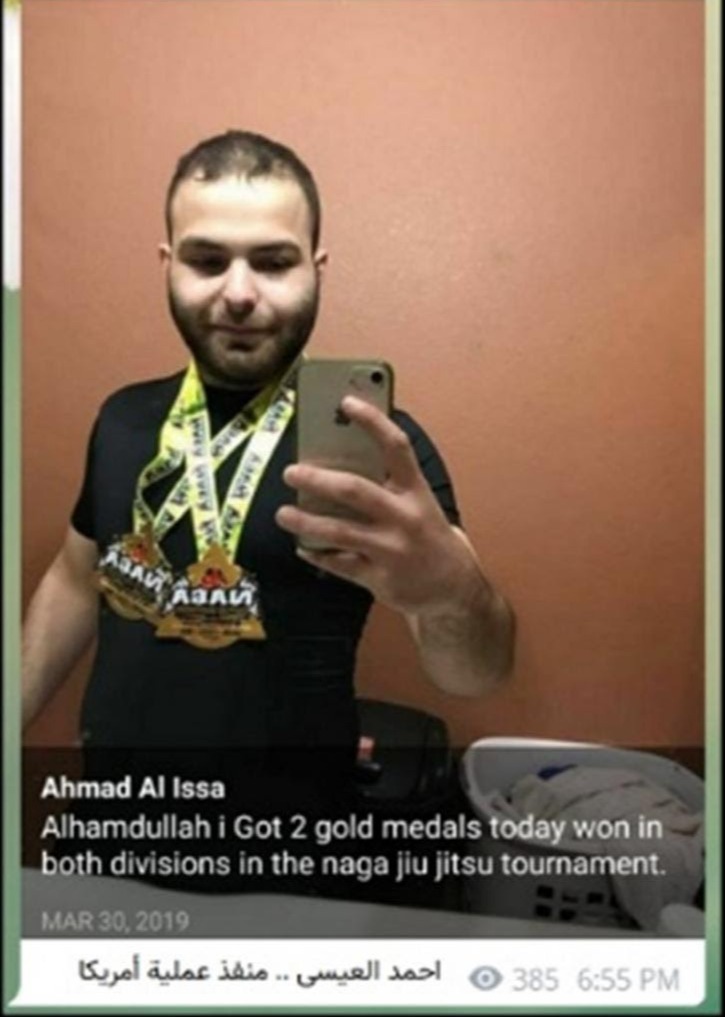 The poster is chillingly captioned: "And kill them wherever you find them".

Abuhamza34 wrote: "There is no confirmation weather (sic) or not he is a soldier of the Khilafah, but inshallah, what a great day for the Muslims!"

Pro-ISIS Telegram channel Explorer later posted a photo of the suspected shooter from his Facebook page and added the caption: "Ahmad Alissa … perpetrator of the operation in America."

On the pro-ISIS Telegram channel Kinanah posted a photo of Alissa, writing: "May the hands of the wolves in the countries of unbelief be blessed."

Warith Al-Qassam stated that there were "unconfirmed reports" that the shooter is from Syria, adding that if the reports are true, he is a member of the 'Aliwi clan which hails from Al-Hader village, south of Aleppo. 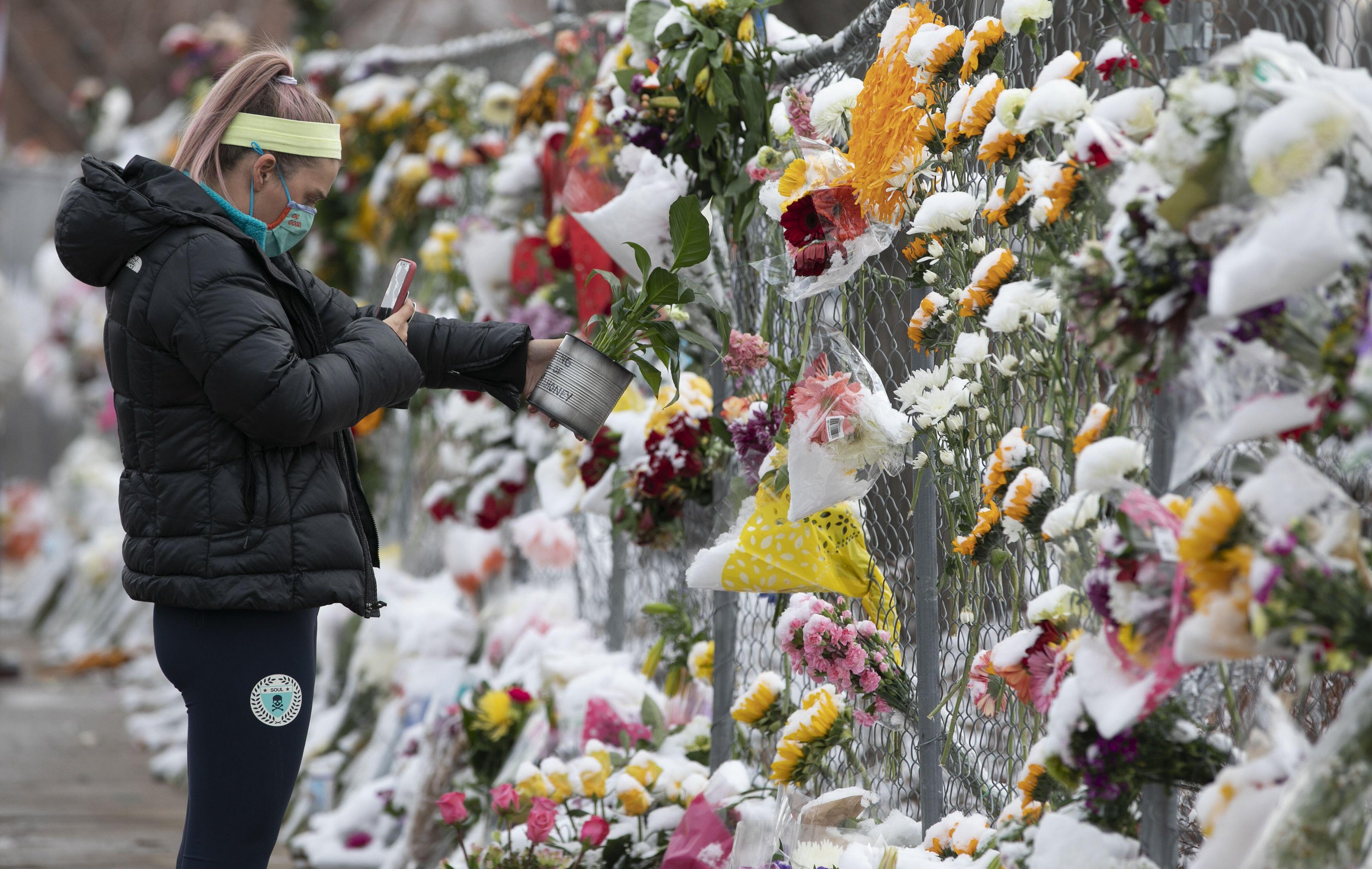 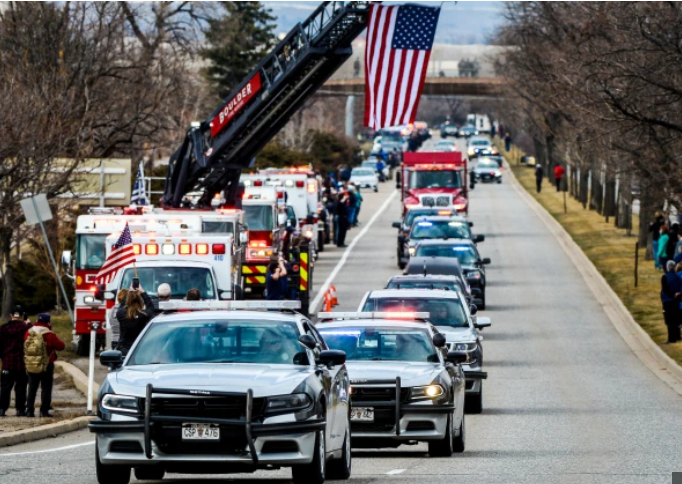 He then speculated that the shooting was meant as retaliation for the "Baghouz massacre," in which the US-led coalition bombed the last area under ISIS control in Syria.

Some claimed that Alissa is an ISIS sympathizer, although they did not support their claims with any evidence at all.

MEMRI describes itself as a “non-partisan, independent research institute providing research, analysis and translation of primary materials covering a wide range of issues including on terrorism and ideological trends in the Middle East.”

Last night, tearful Boulder residents paid tribute to massacre victims with a procession for the heroic slain cop and an emotional candlelight vigil.

Hundreds of people were pictured lining up along the street on Wednesday as Officer Eric Talley's body was transported from the coroner's office to a funeral home.

Talley, 51, was the first cop to arrive on the scene of the King Soopers supermarket mass shooting on Monday. He was killed while trying to help others to safety.

Boulder police, paramedics and firefighters lined up along Wednesday's procession route to honor Talley, a father of seven and 11-year veteran of the force.

Residents also came out to pay their respects, carrying Blue Lives Matter and American flags as the emotional procession passed by.