Israel has ‘welcomed’ the assassination of a top Syrian weapon expert amid claims Mossad was behind the car bombing at the weekend.

Aziz Asbar, who was working to update Syria’s missile stockpile and make it more accurate, died in an explosion in the city of Masyaf on Saturday.

Israel has denied any involvement in Asbar’s death, though Intelligence and Transportation Minister Yisrael Katz said he ‘welcomed’ the news. 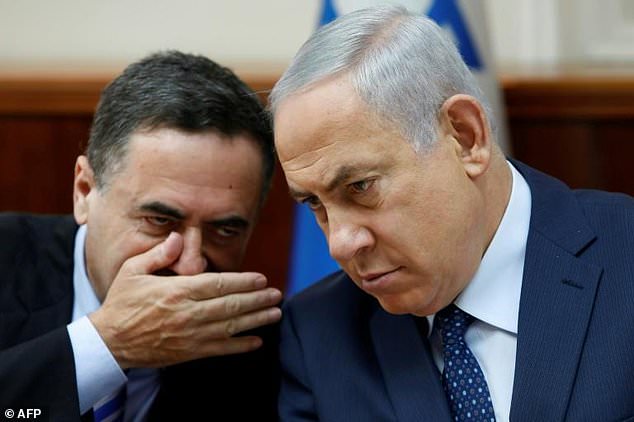 Yisrael Katz (left) welcomed the news that Syrian rocket scientist Aziz Asbar had been killed by a car bomb at the weekend, though denied that Israel was responsible

Katz declined to comment on reports his government was responsible.

‘We don’t of course comment on reports of this kind and I’m not going to comment now,’ Katz told Israeli army radio.

‘I can say that assuming the details of this man’s activities are correct and he was engaged in developing chemical weapons and longer-range missiles capable of hitting Israel, I certainly welcome his demise.’

Katz spoke out as an anonymous official who was briefed on Asbar’s death told The New York Times that Israel was responsible.

The official, who works for a Middle Eastern intelligence agency, said Israel had been monitoring Asbar for years.

The Israelis believed Asbar led a secret unit called Sector 4 which aimed to develop precision-guided missiles in Syria which could threaten Israel. 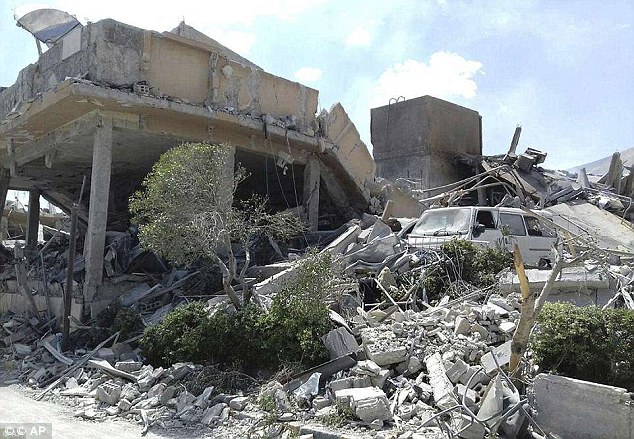 Asbar was believed to have worked at the Scientific Studies and Research Center in Hama province, trying to develop guided missiles (pictured after it was destroyed by US airstrikes in April this year)

As part of his work, Asbar is believed to have worked alongside Major General Qassim Suleimani, commander of Iran’s Quds Force.

Asbar was also working on a solid-fuel plant for missiles and rockets, a safer alternative to liquid fuel.

A September 2017 strike caused damage to the centre, when fire broke out at a warehouse where missiles were being stored, observers said.

Israel has carried out numerous strikes inside Syria since 2017, targeting government forces and their allies from Iran and Lebanese Shiite militant group Hezbollah.

A succession of victories since then over both the Islamic State group and various rebel factions has extended government control to nearly two-thirds of the country.