IT consultant, 55, hanged himself after struggling with his increasingly hectic work schedule that kept him away from his wife and three children, inquest hears

A successful businessman hanged himself after struggling with his increasingly hectic work schedule that kept him away from his wife and three children, an inquest heard.

Graham Wild, 55, ran an IT consultancy from his home in Cheshire and was also director of another technology firm – but changes at work led him to make more regular trips to London for business meetings.

The company boss whose clients included the civil service became worried about spending time away from his family and began to bottle up feelings of low moods and anxiety.

After agreeing to speak to his wife Suzanne about his mental state on July 5 this year, Mr Wild suddenly failed to answer his phone and his car was found locked on a street raising concerns for his safety and whereabouts. 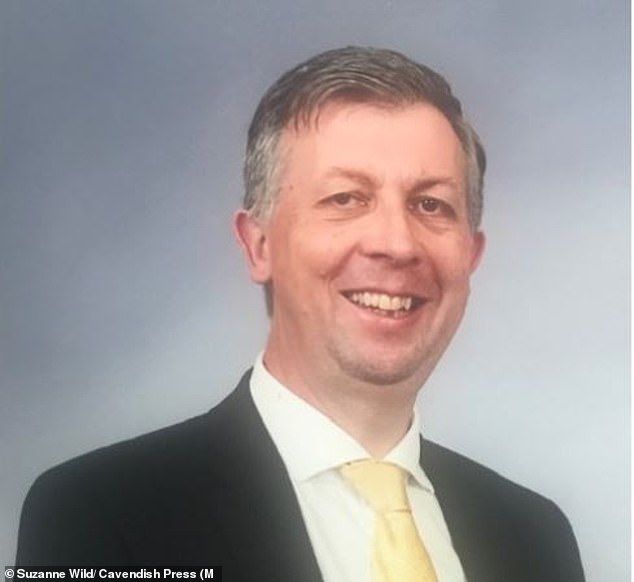 Graham Wild, 55, began making more trips to London for business, and worried about spending time away from his family

He was later found that afternoon by his wife in the garage of their £600,000 home in Poynton, Cheshire with a written letter next to him explaining his intentions to take his own life.

Mr Wild had gone into the IT industry after getting a university degree in computer science, he worked as a computer programming manager at Hewlett-Packard for 25 years before setting up his consultancy business, Premitech Consulting Ltd and for the last 10 years had run it successfully alongside his wife.

He was also director of another technology firm Xpertex Analytics Ltd based in Welwyn Garden City, Herts and claimed his work helped create new business worth £3m.

Mrs Wild, 54, who also works as a yoga teacher told the Macclesfield hearing: ‘He was successful and doing well but lately he had shown low mood and worried more.

‘The family went on holiday to Canada and all had a good time but still noticed he was a bit reserved and anxious. 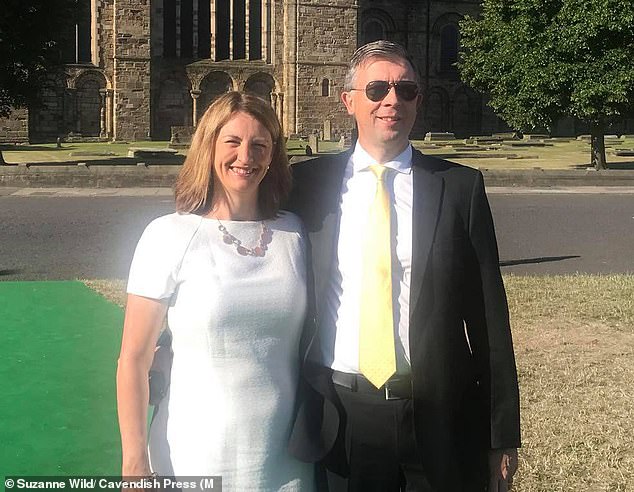 Mr Wild spoke to his wife Suzanne (pictured together) about his mental state on July 5 this year, but then he suddenly failed to answer his phone and his car was found locked on a street raising concerns for his safety and whereabouts

‘This anxiety was in relation to his hectic work routine and it kept him away from his family and he would go to London quite often.

‘We talked all about how he was feeling to try and help him. Trying to work out how to make things better really.

The 54-year-old said they agreed to have a chat on Friday as their sons were going to be away from the house.

Mrs Wild said her husband returned home late and she didn’t have a chance to speak to him, and the following morning she didn’t see or hear him, and assumed he was in his study.

She added: ‘I arrived at work at 10.45am and could see a notification email on my phone which I thought was weird and intended to deal with that after work. 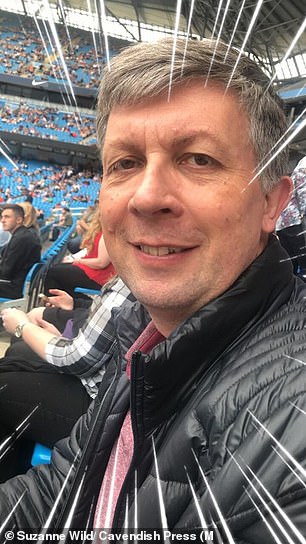 The coroner Jane Harkin, recorded a conclusion of suicide, said that Mr Wild, pictured, was anxious about work and was receiving treatment at his GP surgery

‘I returned home to see Graham but there was no sign of him. I tried to call him on the phone but got no answer and then I called his brother David and he hadn’t heard from him that day either.

‘After speaking with David I decided to try and track the location of Graham’s phone. I could see it was nearby and I went outside and walked and I could see Graham’s car. I noticed it was locked and a rucksack was inside and he wasn’t in it. I assumed the phone was in the rucksack but I was becoming concerned as to where was he.

‘Then I remembered the email that had come through and decided to read it. What it said was: ‘when you get home can you check if I have left my reading glasses in the garage.’

‘After reading that email I went into the garage, opened the rear door and sensed that something was wrong. I was extremely shocked and upset. It was so out of character. He’d never attempted this it was completely unexpected.’

A report by his GP surgery, Priorslegh Medical centre in Stockport, said: ‘Last saw Graham at the practice on February 10, 2017 and was diagnosed with hypertension, also known as high blood pressure. Not had any contact with the surgery since.

‘A colleague had sent a note to reception as he hadn’t attended for a blood pressure check up. He was also seen by the surgery in 2003 for stress at work revolving redundancies and changes to work pattern.’

Recording a conclusion of suicide coroner Jean Harkin, said: ‘It is clear that Graham was anxious about some work matters but not to the extent where he was registered at the GP surgery for being sad and receiving treatment.

‘Whatever he was anxious about he was keeping to himself. In his wife’s statement she says there were no financial difficulties yet that was one of his fears and anxieties. But there was nothing financial that could have led to him to believe that.

‘He seemed to be most affected by change which is something we are all affected by at one time or another. This change was becoming too much for him. And it is clear from the notes that where found that he was intending to end his life.’

A Just Giving page in Mr Wild’s memory raised over £2,600 to place a commemorative bench in Adlington Memorial park for his family and friends to remember him by.