Home » World News » ‘It feels like punishment’: Pressure on Victorians as JobKeeper slashed

Kyle Pasalskyj is thinking about how to stretch his family's finances a little bit further.

From this week, there will be $600 less to rely on over each fortnight, after he and his partner's JobKeeper payments were cut from $1500 to $1200.

More than 1 million Victorians were estimated to be affected by the federal government's cuts to JobKeeper on Monday, which could take $443 million out of the state's struggling economy every fortnight. 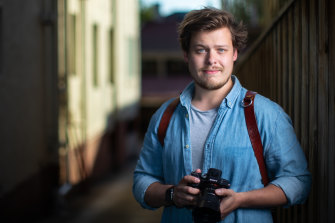 Wedding photographer Kyle Pasalskyj is one of many Victorians whose JobKeeper payments were cut this week. Credit:Simon Schluter

A report from the McKell Institute found the federal government would save $1.52 billion every two weeks under the changes. Using federal Treasury data, the think tank estimated 3.48 million Australians are on JobKeeper.

Those who have relied on the payments to cover bills are concerned about how they will make do.

"Our rent is two-grand a month, already we're taking up a good chunk of our income," said Mr Pasalskyj. "Food, we still eat healthy, which is costly in itself. I've definitely taken to piggybacking off the Netflix accounts of friends who are still working." 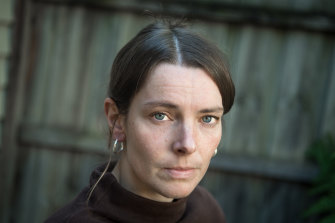 Brigid Meredith has been stood down from her job in a cinema.Credit:Justin McManus

At the time she was also studying fine art, but she has deferred her classes until next year. On Monday her payment was cut from $1500 to $750 per fortnight.

She is assessing her finances, trying to figure out what to do next, and feels trapped that she can't supplement her income.

"It's a very stressful situation to be in when we're prevented from working," the 32-year-old said.

While it is a federal government program, Ms Meredith said she felt abandoned by Premier Daniel Andrews because he had not offered more support to those on payments and unable to work in lockdown.

"I feel like we've been forgotten about," she said. "It's been a few months of people being aware of what would happen and being quite stressed about it."

Before the pandemic, Lockie Flenley, 28, was working more than 40 hours a week as a duty manager at a city hotel. Since then he has been stood down on JobKeeper.

He said the new rate was less than half his old salary.

"We have to pay rent still, we've made cutbacks. My partner is trying to pick up an extra shift here and there," he said. "It's been like that for a couple of months now. The cut coming today is going to heap more pressure on top."

"If this happened in a normal situation you'd be looking for a new job to increase your income. It's not an option," he said.

Joanna Yannaris, owner of Great Frames in Northcote, said JobKeeper had helped her business get through lockdown but she was counting on restrictions being lifted next month.

"There's going to be a gap, I'll have to self-fund a few things," she said. "I've got a paddle, I'm waiting for the tide to come in and I can catch the wave."