Ivana Trump hit the streets of Saint Tropez on Saturday wearing the exact same dress she’d worn the night before while out for a stroll with a mystery man.

The 69-year-old was photographed walking her small dog through the coastal town where she’s spent most of her summer and has been visiting for decades.

She once again paired the eye-catching purple wrap dress with a pink and orange palm tree design with red pointed-toe flats, but toned the look down by ditching Friday night’s chunky red necklace and full face of makeup.

Her blonde locks were still tucked up in her signature beehive ‘do as if untouched from the night before. 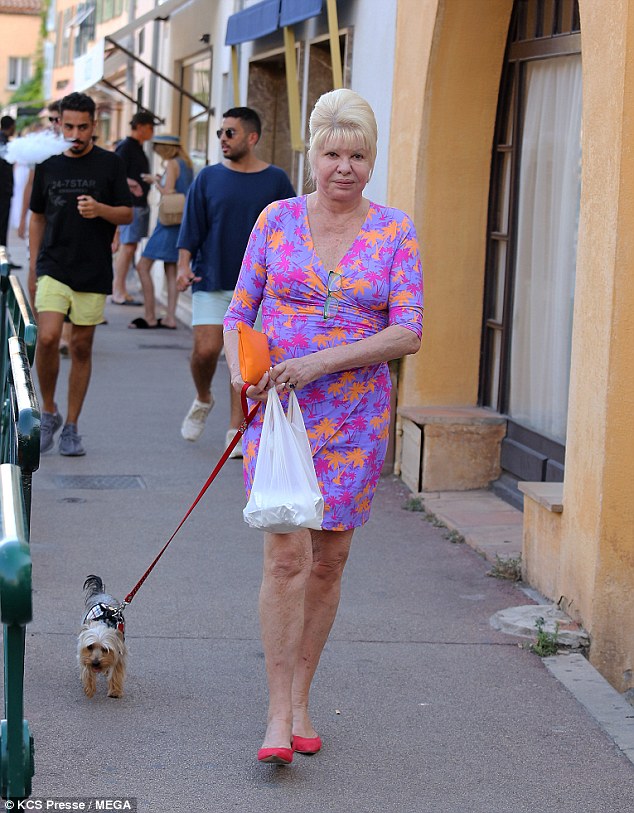 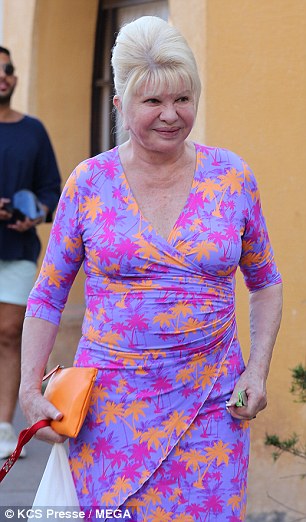 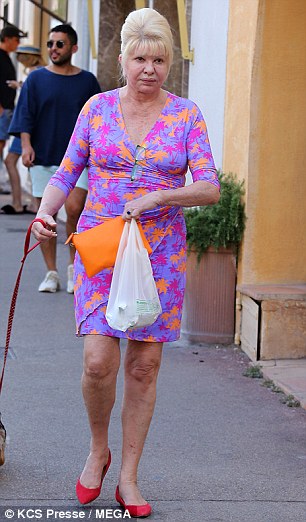 The 69-year-old had worn the same purple wrap dress with pink and orange palm trees to dinner with a mystery man on Friday night. She also paired the dress with the same orange clutch and red pointed-toe flats

Ivana was seen carrying a white plastic shopping bag along with last night’s orange zipper clutch while out on Saturday morning.

The Czech businesswoman’s tiny Yorkshire Terrier trailed behind her on the sidewalk.

A summer spent under the French Riviera sun appears to have kept her in good spirits, with Ivana flashing a smile at the photographer as she passed. 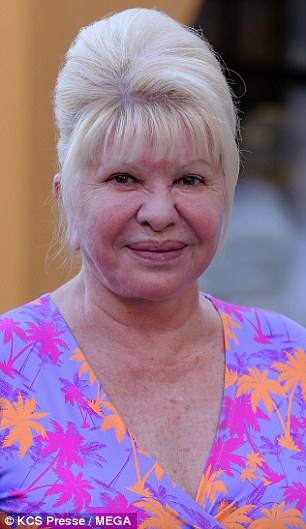 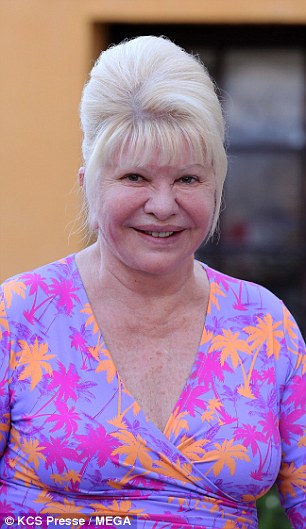 Ivana’s face was wiped clean of makeup, but her blonde locks were perfectly tucked up in her famous beehive ‘do just as they had been the night before 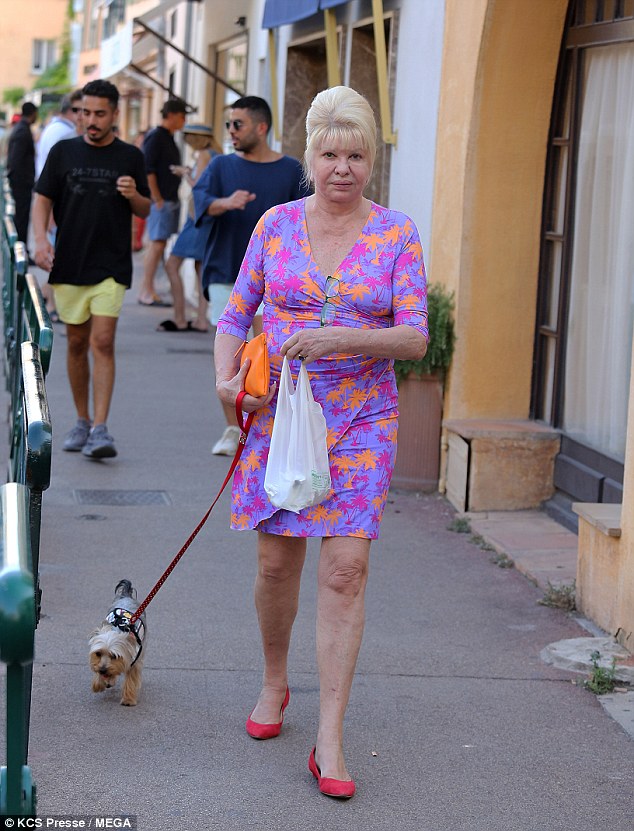 On Friday night Ivana was seen walking arm-in-arm with the unnamed man after enjoying dinner at Le BanH-Hoi, a little Vietnamese restaurant located in the heart of Saint Tropez’s Old Town.

Ivana’s dinner companion carried a white shopping bag featuring the restaurant’s logo in one hand and her dog’s leash in the other.

For her night out on the town, Ivana layered black liner on her top and bottom eyelids and sported rose lip liner and lipstick.

She paired her colorful wrap dress with red suede flats and carried an orange zipper clutch in her free hand.

It’s unclear if the dark-haired gentleman is a love interest or just a dear friend, but he didn’t seem pleased to be having his photo taken by the paparazzi.

At one point, he was seen raising his hand in front of him while Ivana smiled for the cameras. 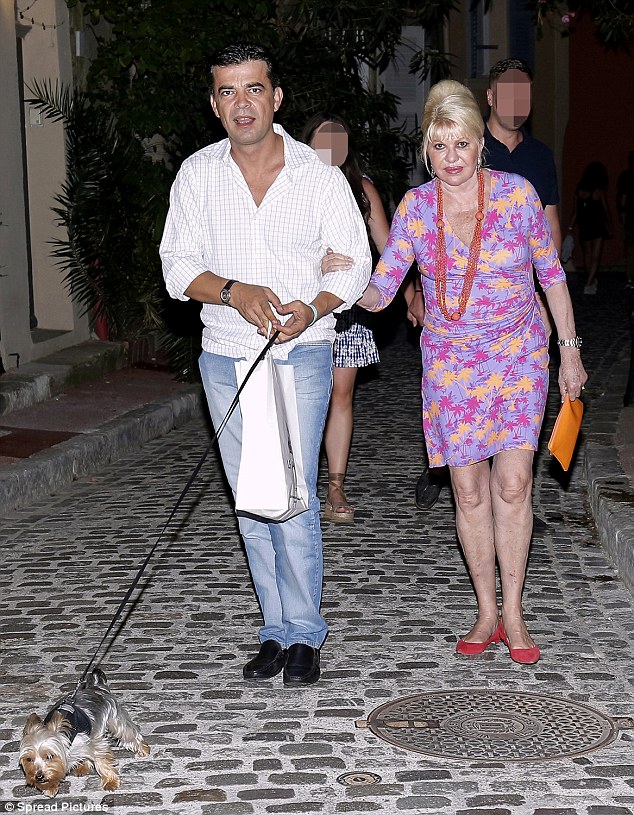 Out and about: Ivana Trump, 69, was spotted walking arm-in-arm with an unidentified man in Saint Tropez, France, on Friday evening 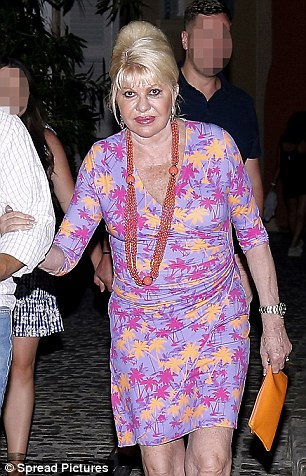 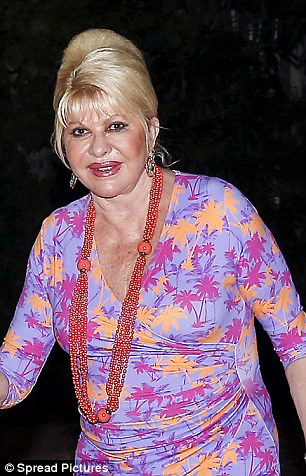 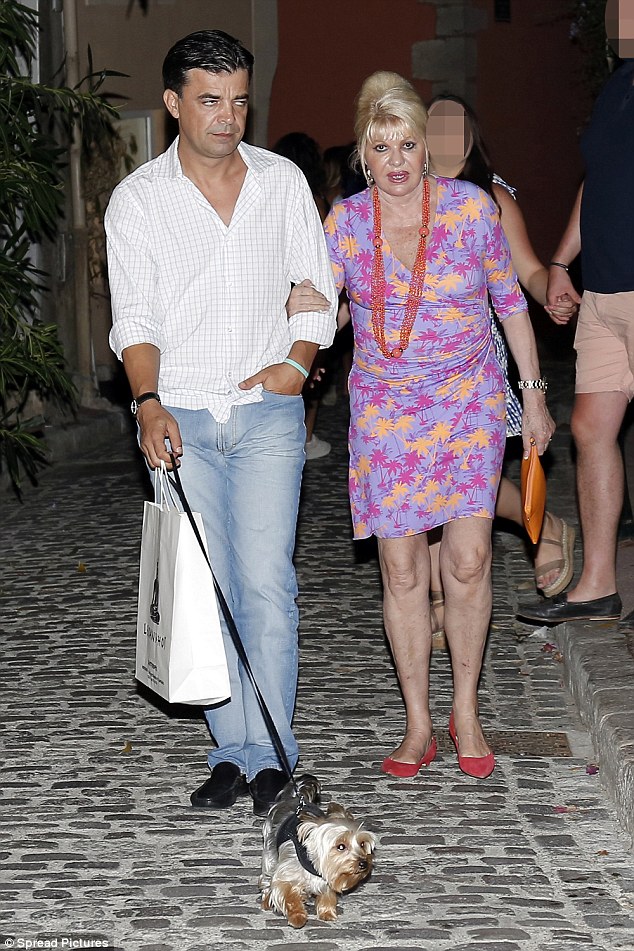 Fun times: The two appeared to be returning from dinner at Le BanH-Hoi, a little Vietnamese restaurant located in the heart of the Old Town of Saint Tropez 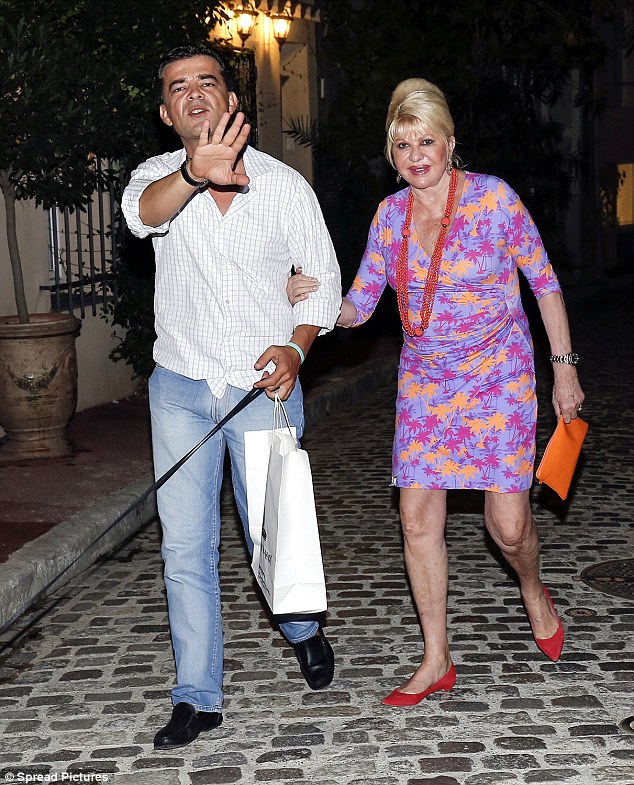 Their evening stroll comes less than a month after she was spotted walking through Saint Tropez with her ex-husband Rossano Rubicondi, whom she often vacations with.

Legal documents obtained by DailyMail.com revealed Rossano had failed to meet conditions which include paying $543.50 in fines, 50 hours of community service, treatment recommended by DUI school, vehicle immobilization for 10 days, and three months of Ignition Interlock in his car.

He also failed to complete a Victim Impact Panel and pay a $100 donation to the Palm Beach Victim Services.

The former model was placed on probation last July after he was arrested for drunk driving in Loxahatchee, Florida on December 8, 2016.

He was sentenced to 12 months’ probation, $500+ in fines, ordered to complete DUI school, complete 50 hours of community service and have an interlock alcohol monitoring device put in his car, but he failed to fulfill any of those requirements.

Rossano was ordered to attend a hearing for violation of his probation earlier this month but did not show. It was rescheduled for August 13.

The Italian native is at risk of having his license suspended if he does not comply with the conditions. 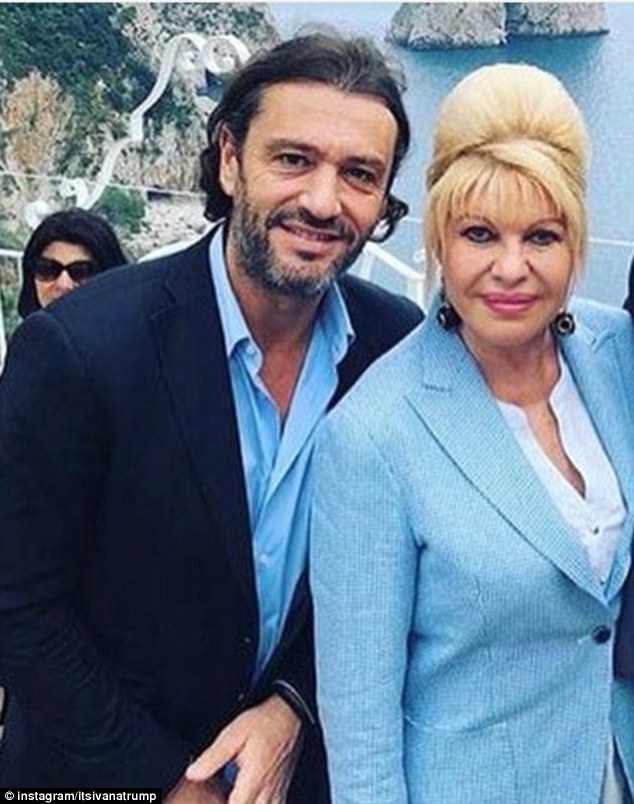 Companion: Ivana was spotted walking through Saint Tropez with her ex-husband Rossano Rubicondi last month. They traveled to France after visiting Capri in May (pictured) 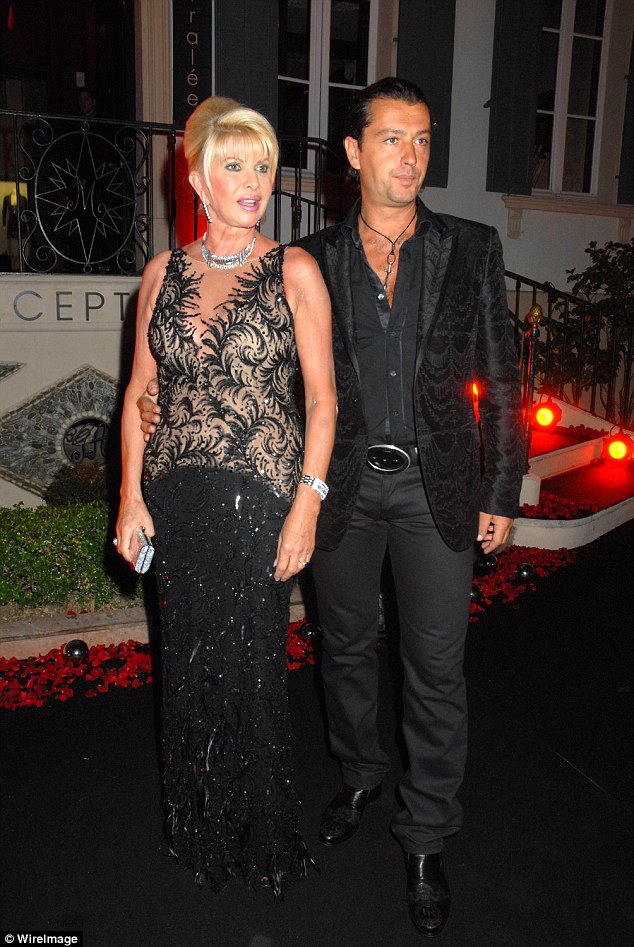 History: Ivana and Rossano, 46, married in April 2008 before announcing their split later that year. They are pictured at Ivana’s birthday party in Saint Tropez in 2007