BEYONCE has become the latest celebrity to send well wishes to the black dad who was left paralyzed from the waist down by cops in Wisconsin.

Jacob Blake has been left in a wheelchair after a police officer fired seven gunshots into his back in Kenosha, sparking angry protest across the state. 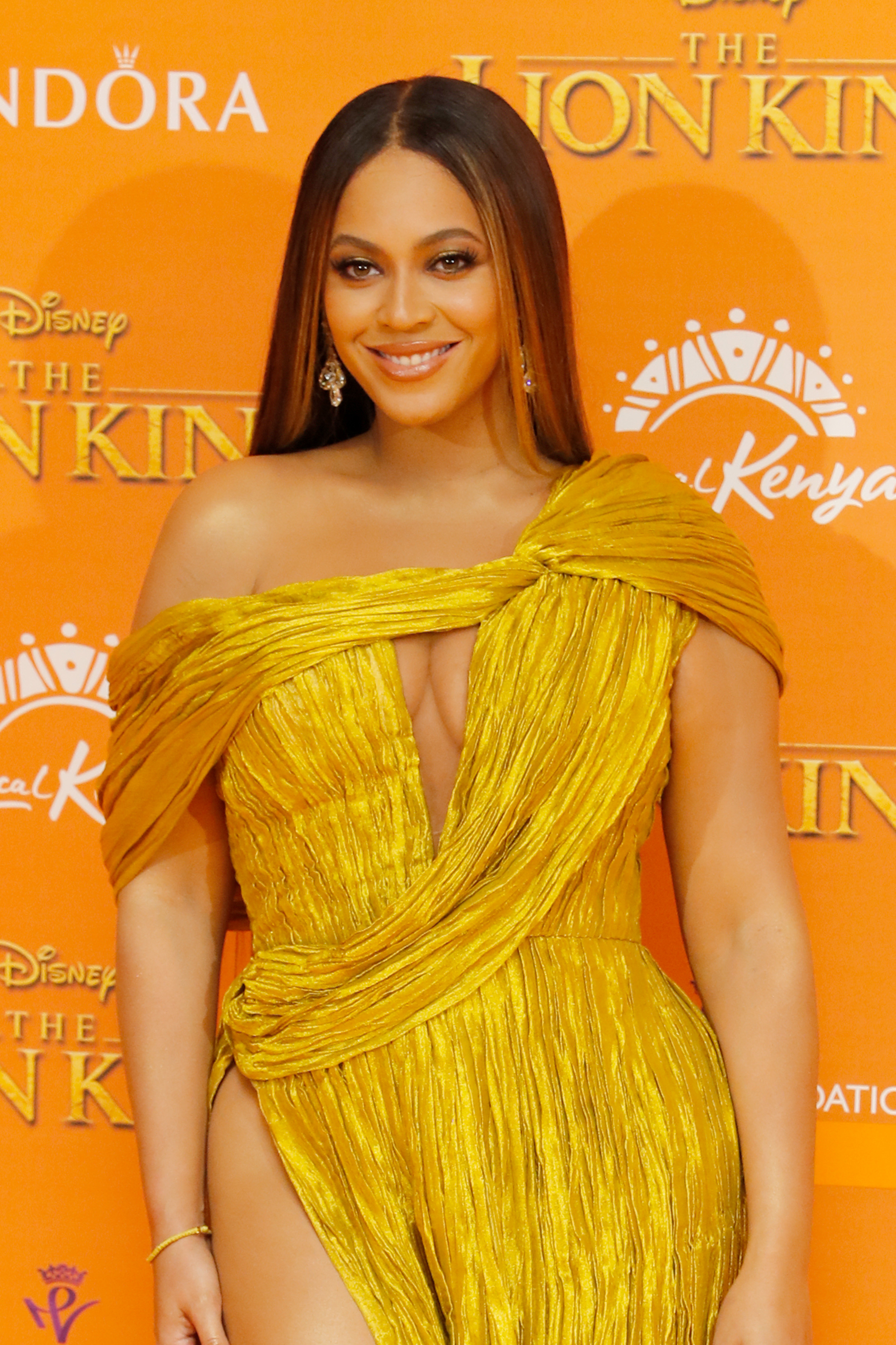 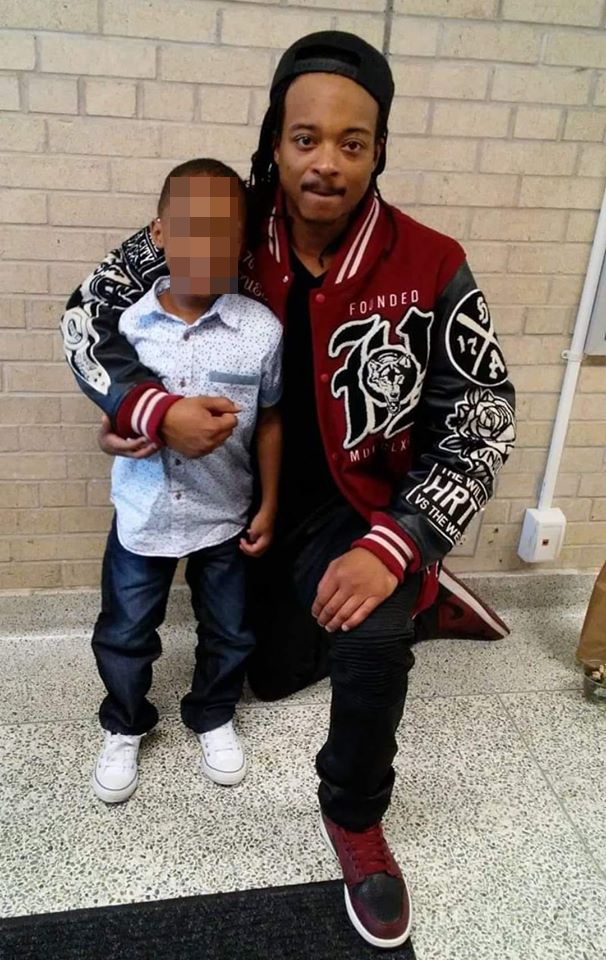 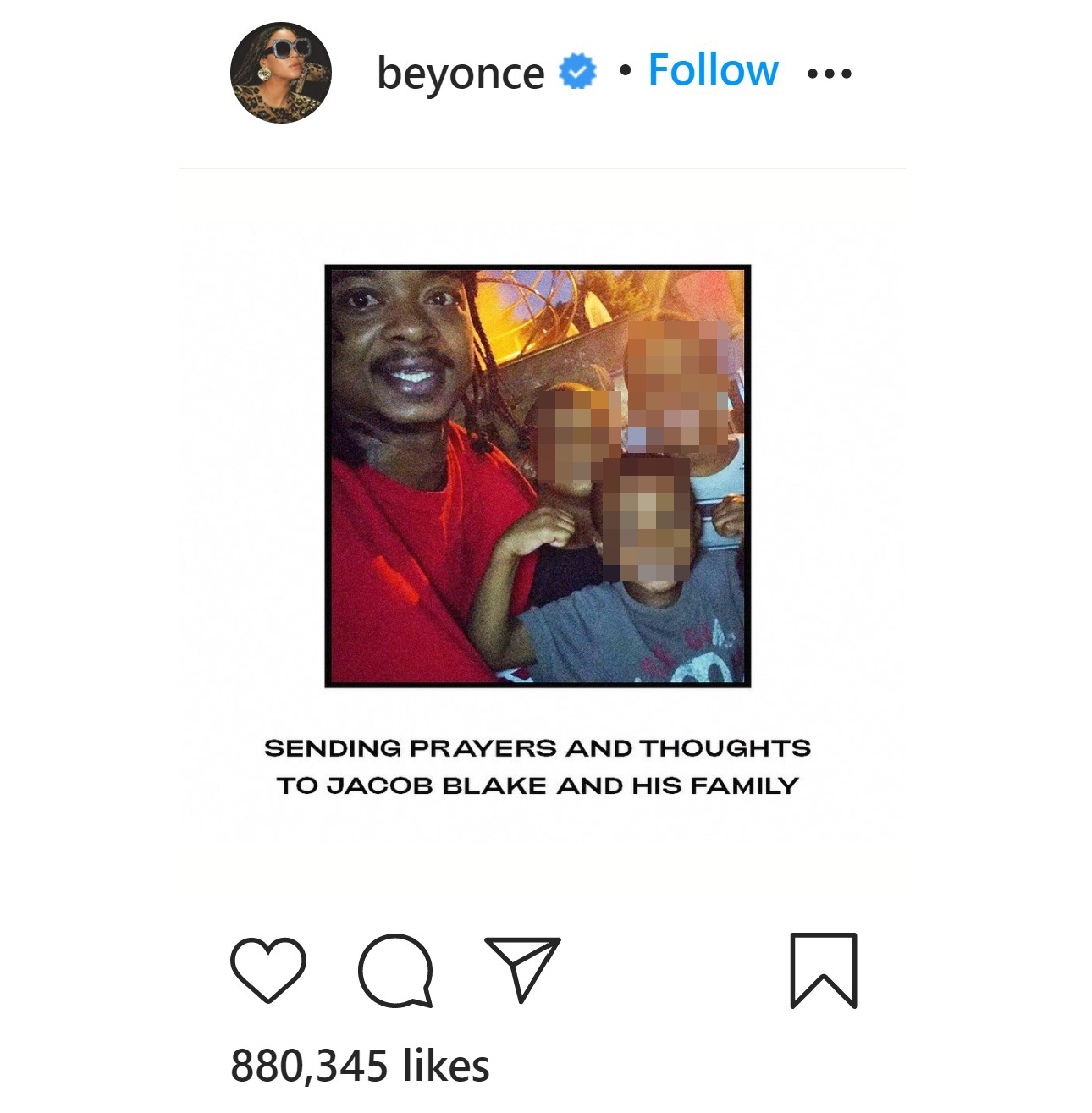 Now global superstar Beyonce has shown her support on social media to the 29-year-old following a series of other celebs.

The Single Ladies singer put up on a post on Instagram reading: "Sending thoughts and prayers to Jacob Blake and his family."

The message feature a picture of Blake and his three sons, who were in the car and witnessed his shooting on Sunday.

Beyonce has previously taken a defiant stance regarding the Black Lives Matter movement, famously unleashing a homage to the Black Panthers during her Super Bowl halftime show in 2016.

Earlier this year, she also delivered a rousing speech to graduates where she told them they could create "real change" and thanked the younger generation for "letting the world know Black Lives Matter."

The family attorney Ben Crump says Blake had been breaking up a fight between women, according to CNN, before he walked back to his SUV, followed by two officers.

One cop grabs his T-shirt before seven shots can be heard in a video that went viral over the weekend.

Patrick Salvi Jr, another family attorney, said "At least one bullet" pierced through some or all of his spinal cord, while others left "holes in is stomach", causing nearly "his entire colon and small intestines" to be removed.

The state of Wisconsin has since seen angry rioting over the incident, and last night saw two people left dead and three wounded.

Other celebs have rallied on social media to support Blake and demand punishment for the officers involved. 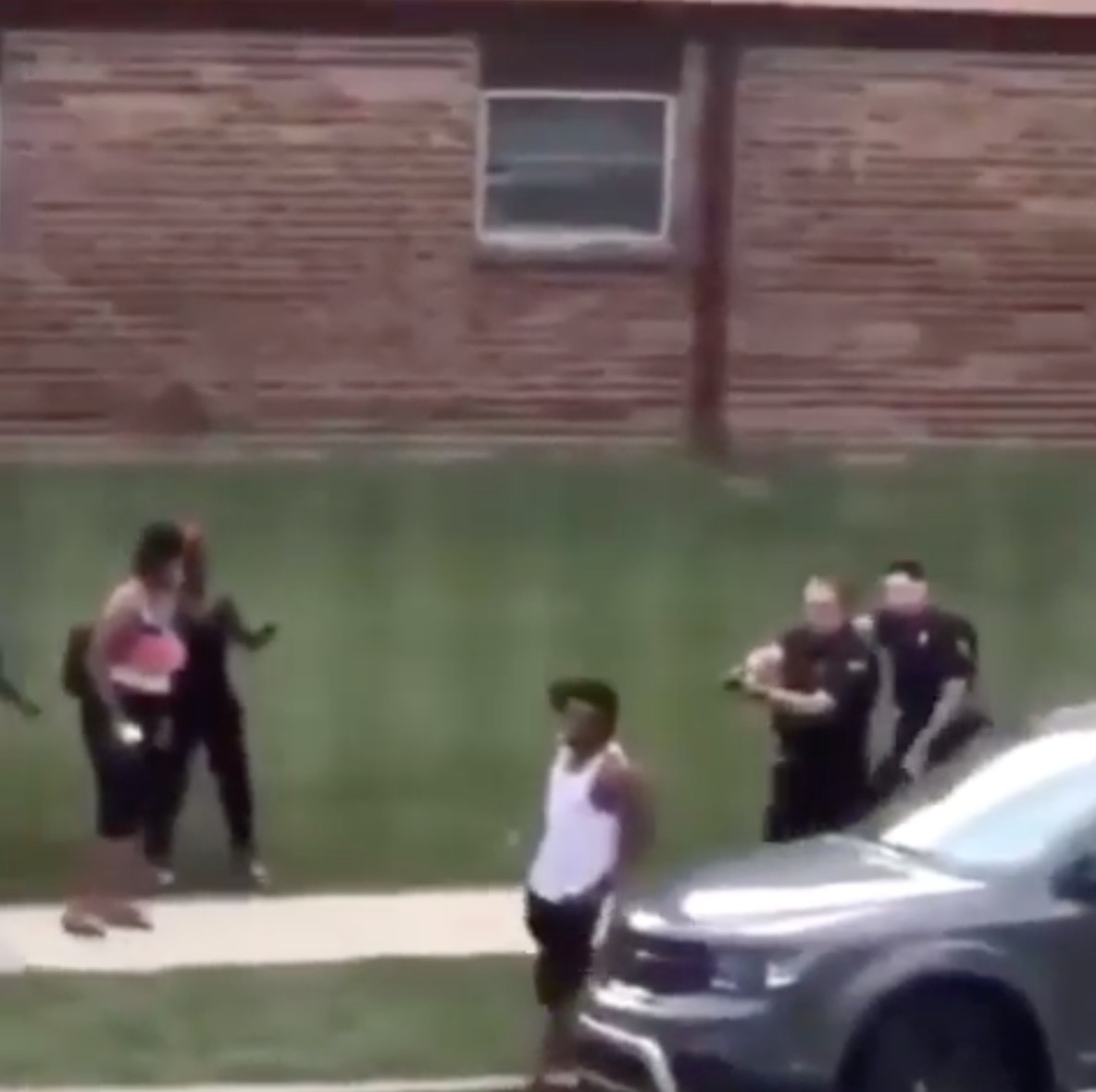 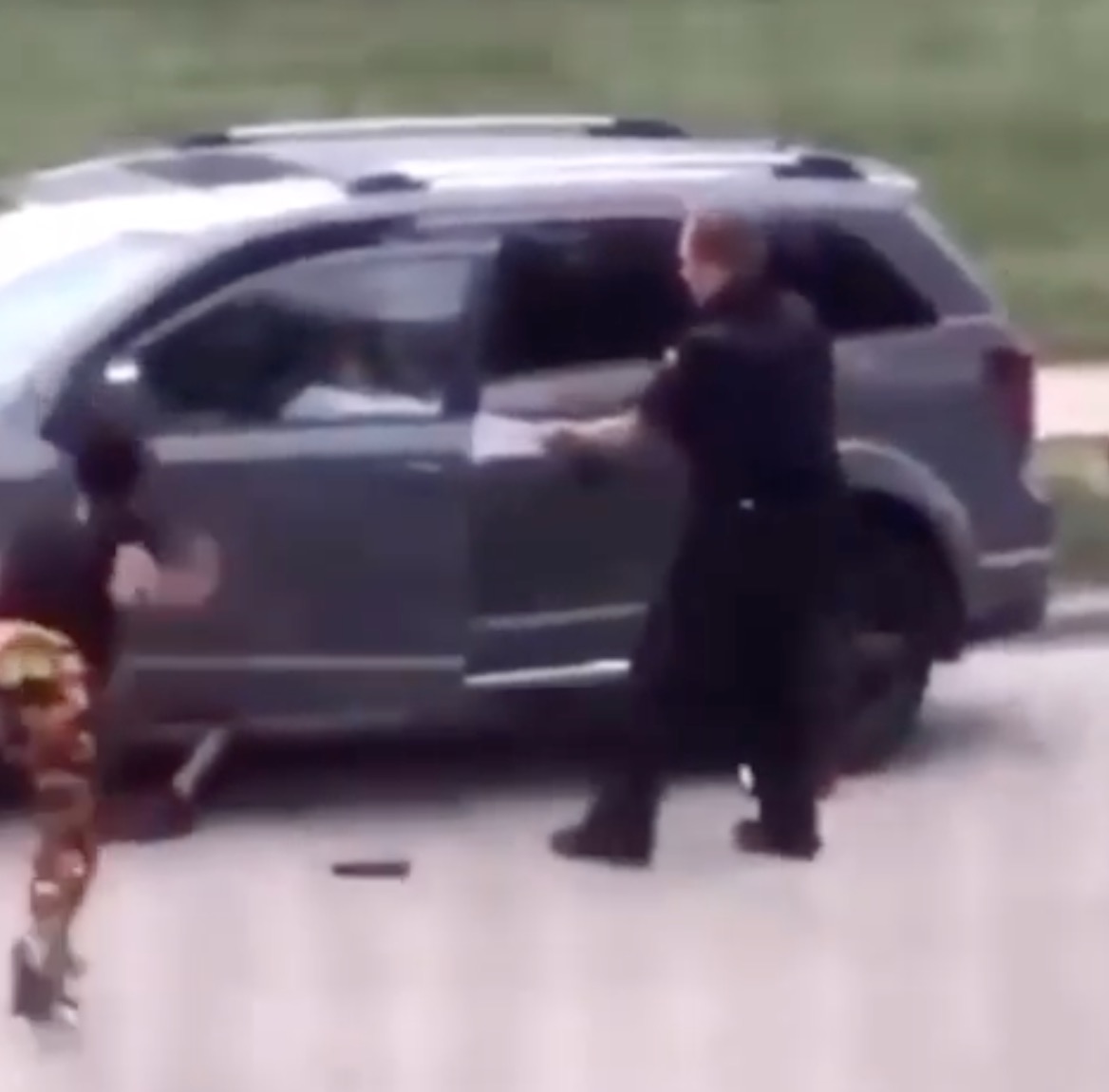 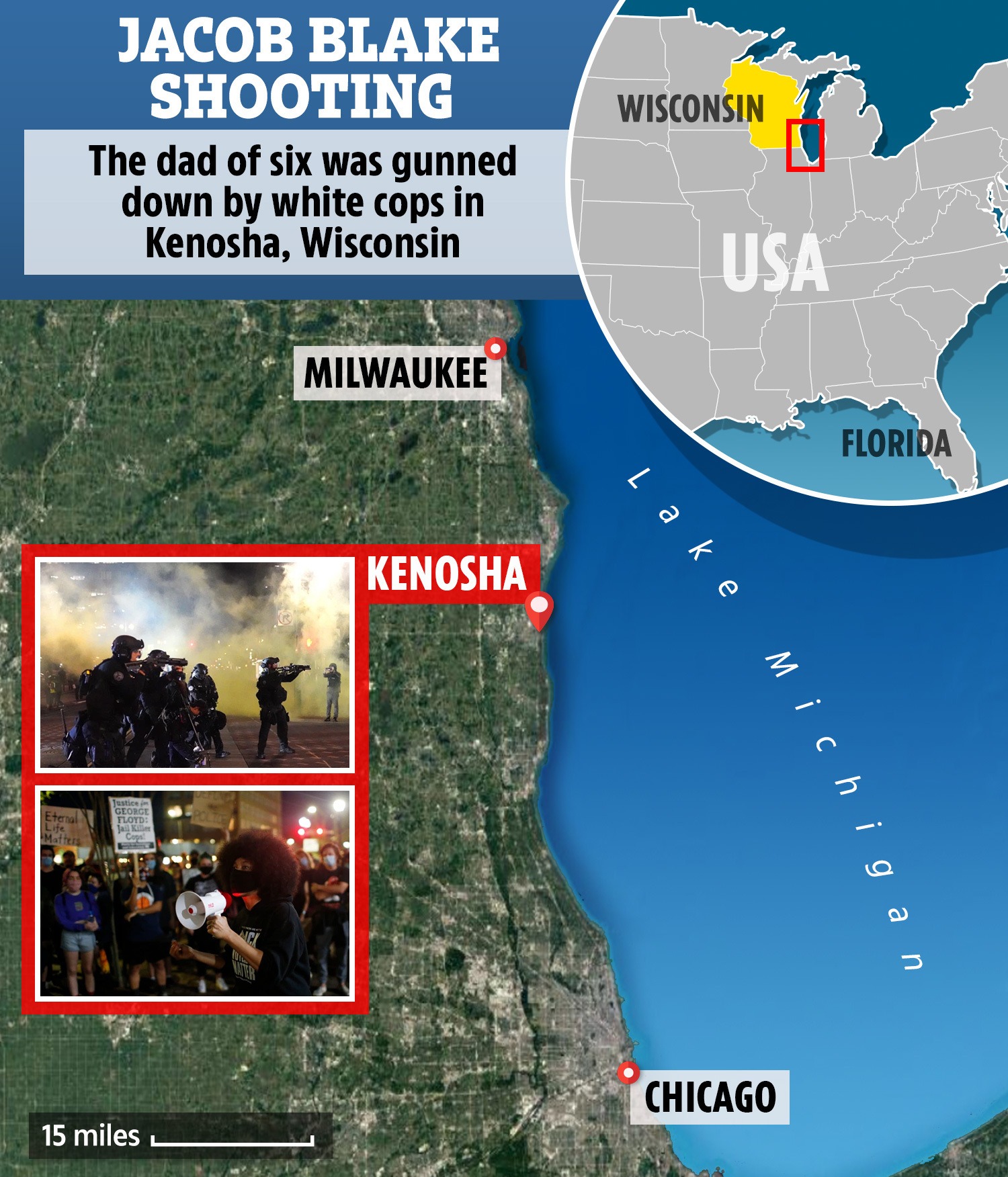 Actress Viola Davis shared a detailed post going through the incident, with the phrases "no justice", "no peace" and "use your platform" used at the bottom of the message.

The How to Get Away With Murder star said she was "praying for Jacob's speedy recovery," alongside the post titled 'Justice for Jacob Blake'.

Other stars like singer Christina Aguilera, model Emily Ratajkowski and cultural icon Madonna shared a slide of information that read "Demand Justice For Jacob Blake," on the first slide.

Elle Fanning, younger sister of Dakota Fanning, also showed support by using the same photo Beyonce used, but she added the number seven to emphasise how many times he had been shot.

Other well-known names showing their support included Gabrielle Union, best known for her lead role in cult classic film Bring It On, and model Bella Hadid, who shared a tweet from the family attorney Ben Crump.

He wrote: "Confirmed: Jacob Blake's three sons were IN THE CAR he was getting into when @KenoshaPolice shot him tonight.

"They saw a cop shoot their father. They will be traumatized forever. We cannot let officers violate their duty to PROTECT us. Our kids deserve better."

Bella replied beneath: "Oh god. This is just sick. This video makes me feel ill. HOW. Just how."

The two officers involved in the shooting were placed on administrative leave as officials from local, state and federal departments investigate the shooting.

Along with Kenosha, protests have erupted in Minneapolis – the city where George Floyd was killed in May – New York and Washington, D.C. 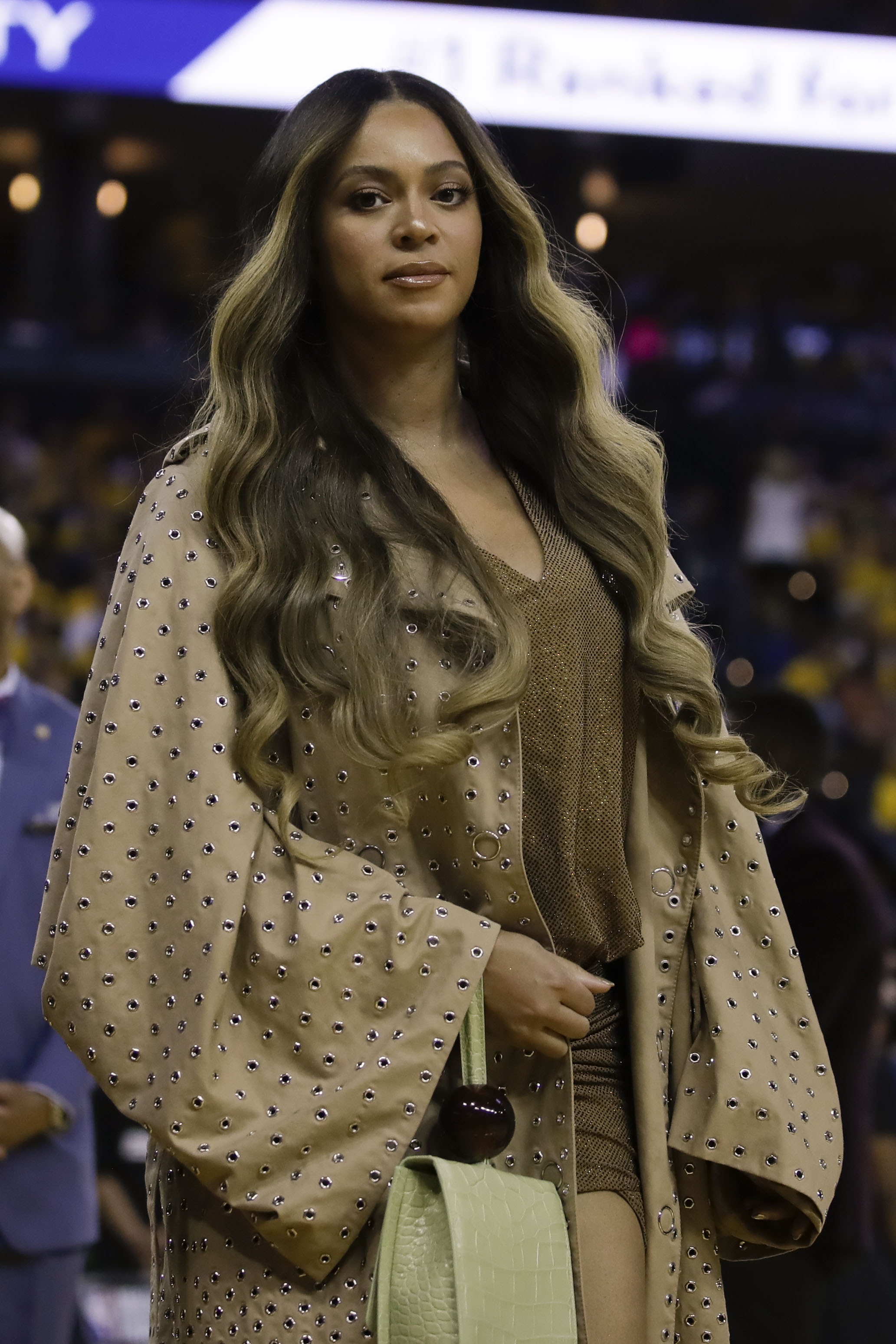 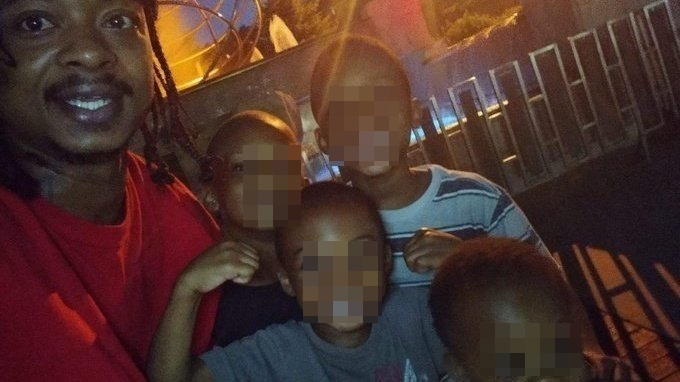