Jennifer Garner enjoyed a sweet stroll with her on-again boyfriend, entrepreneur John Miller, in the Big Apple on Wednesday.

The two were spotted on a casual coffee date in midtown New York City.

Jennifer, 49, looked sporty in sweats and a blue cap on and trendy Veja sneakers.

She appeared to be makeup free, which she has said in the past she prefers. And the Alias vet added black sunglasses as she held on to a purple face mask.

Her partner sported a gray Puma T-shirt with dark slacks and brown lace-up shoes. He added a light blue mask while she went mask free.

Miller works as CEO and Chairman of the CaliGroup, which specializes in nanoscale technologies. He graduated from Stanford Law School. 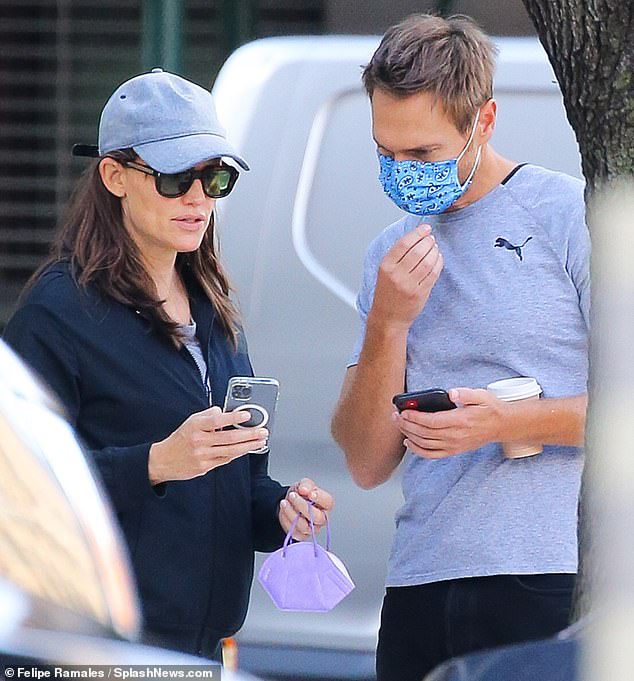 Her love: Jennifer Garner has been less shy this year about stepping out with her on-again boyfriend, entrepreneur John Miller. The two were seen side by side again when they went on a casual coffee date in midtown New York City on Wednesday 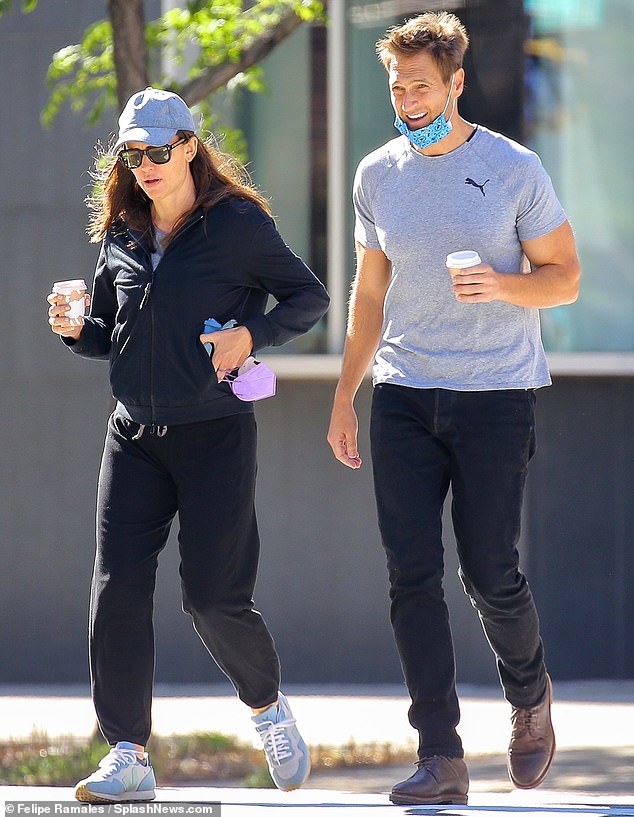 Ready for the gym: Jennifer, 49, had on a black workout outfit with a blue cap on and trendy Veja sneakers. The 13 Going On 30 star held a small cup of coffee and a cell phone 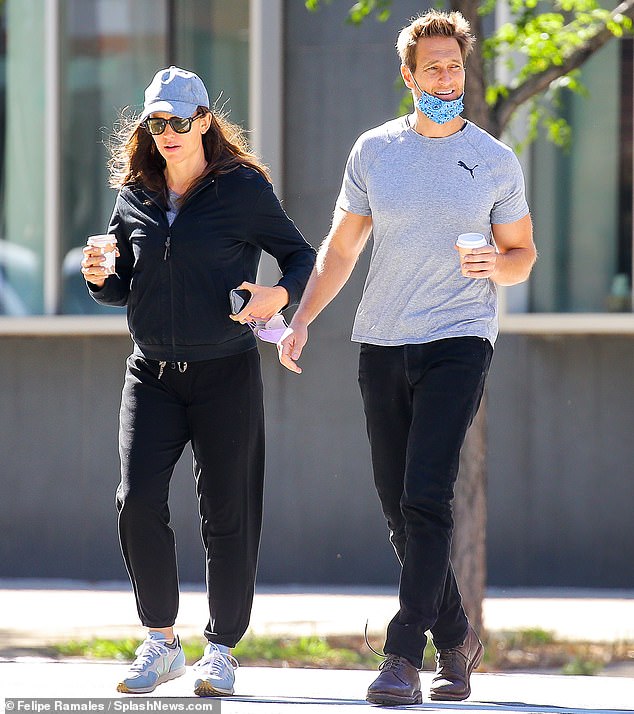 Affleck, who shares Violet, 15, Seraphina, 12, and Sam, nine, with Garner, has also been visiting New York and was spotted parading through Madison Park this weekend with Lopez.

The Hustlers star, 52, was dressed to the nines in a perfectly curated outfit, high heels and a full face of make-up for her daytime park outing with the A-list actor, 49.

At one point, the attention-loving duo stopped to put on a PDA show on the street for all to see.

On Saturday, giddy Lopez declared she had ‘love on the brain’ while attending a Global Citizens Live event. 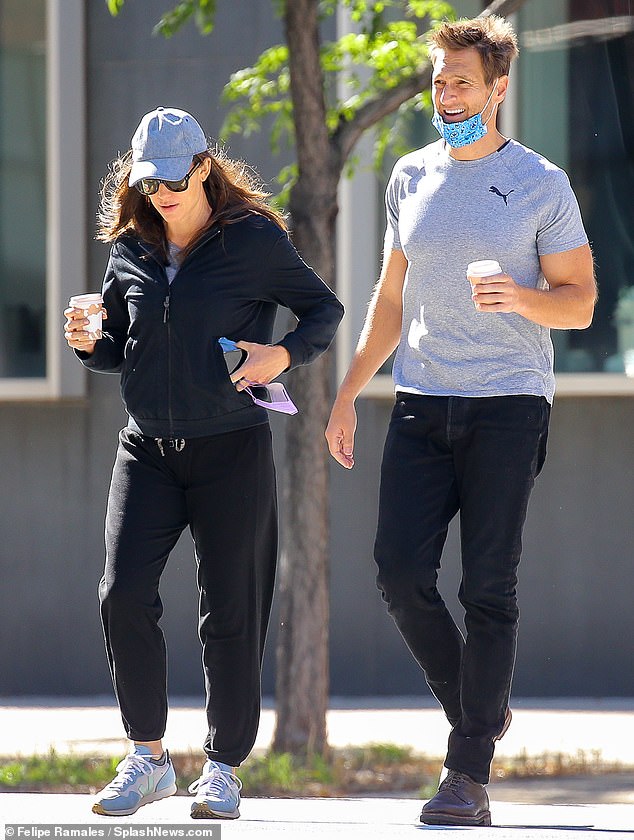 A smart one: Miller works as CEO and Chairman of the CaliGroup, which specializes in nanoscale technologies. He graduated from Stanford Law School. The pair first started dating in 2018 but then reunited earlier this year

She played a set that included hits such as Jenny from the Block, Cambia el Paso, All I Have, I’m Real and Ain’t It Funny, as well as her upcoming latest single On My Way.

‘We can do anything with love,’ Lopez told the crowd in the set. ‘Love makes miracles, trust me. I guess you could say, I don’t know, I got love on the brain.

‘Have love on my mind lately, I don’t know what it is.’ 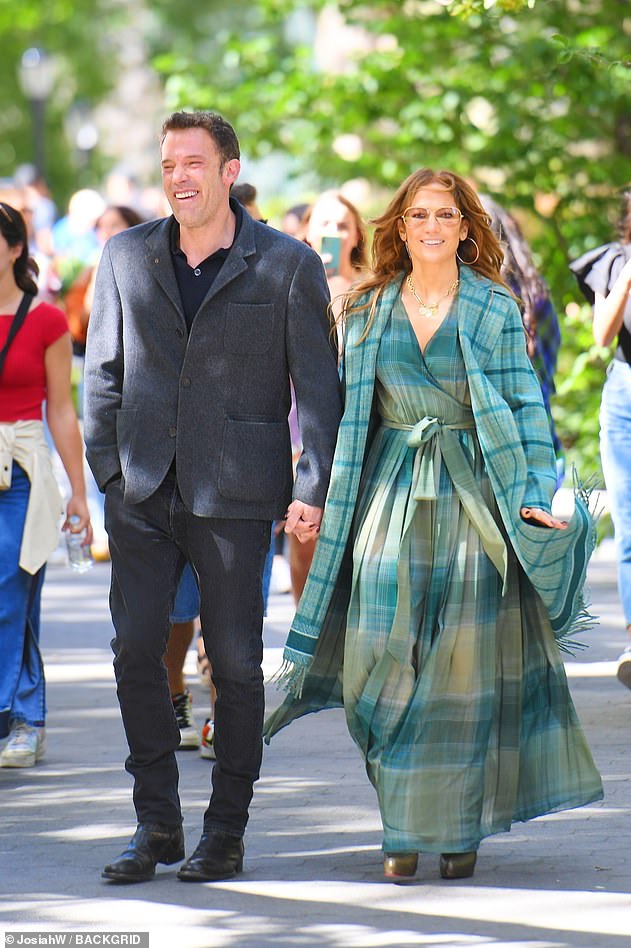 Loving the attention: Garner’s ex Ben Affleck, 49,  and his Jennifer Lopez, 52, were also spotted out in New York City on Sunday 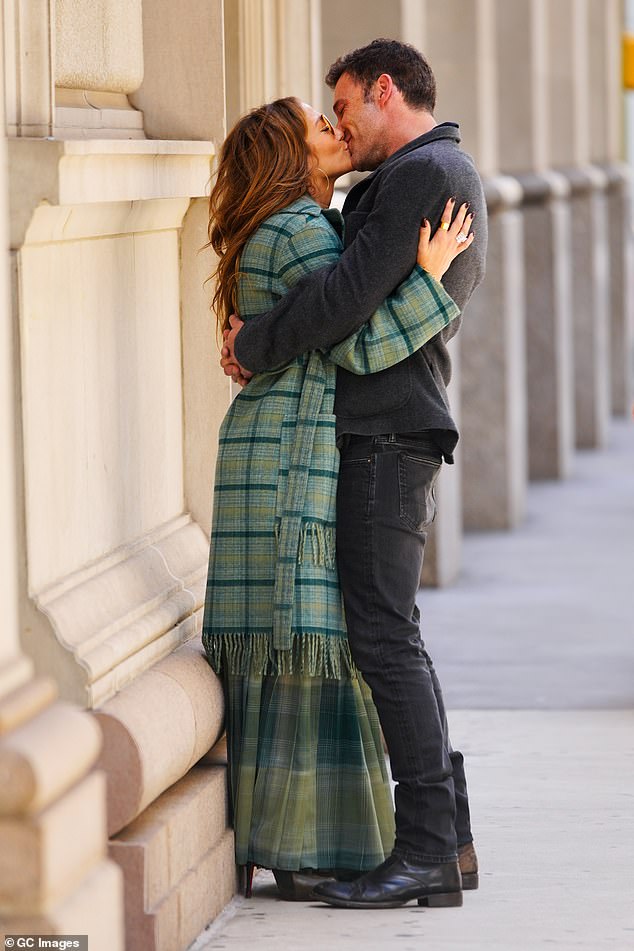 Dressed to the nines: Jennifer wore high heels and a carefully curated  outfit for a day time visit to Madison Park and the pair later put on a PDA display on the street

Lopez and Affleck earlier this month walked the red carpet for the first time since their previous relationship from 2002 thru 2004.

They were seen at the Venice International Film Festival for the debut of his latest motion picture The Last Duel.

They have been romantically linked since April of his year, after she parted ways from former fiancé Alex Rodriguez.

‘They are both madly in love and don’t want to let one another go this time,’ a source told US Weekly last month, adding that they were ‘seriously talking about getting married.’