Couple set for Staten Island’s most expensive divorce as scorned wife claims husband blew money on drink, drugs and other women but their $6.3m mansion is taken OFF the market amid the bitter battle 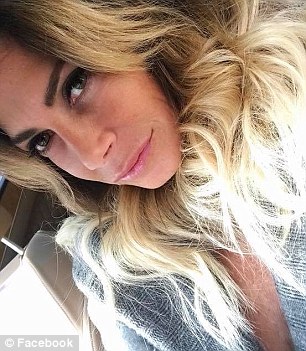 Jilted wife and mom-of-five, Robyn Billings, 48, (above on Facebook) has spoken out about her messy divorce

A mother-of-five in the midst of a messy divorce battle with her multi-millionaire husband has spoken out about her family’s betrayal as their legal battle storms on.

The Staten Island woman claims in court documents Dean has lavishly blown money on other women, wild nights out, alcohol and drugs instead of providing financial support for her herself and their children.

While speaking to the New York Post, Robyn said: ‘He took my lifestyle from me and my money and he’s shoving it in my face that he’s giving it to other women.’

Robyn alleges her wealthy estranged husband refuses to pay bills to keep their family afloat – and has even failed to make payments toward their children’s private school tuition. The couple have three children together – two other children are from her former marriage.

‘Some of our accounts are months behind… the sad truth is that neither the children nor I were ever denied anything until (Dean) began to lose control of the other part of his life,’ court documents state. 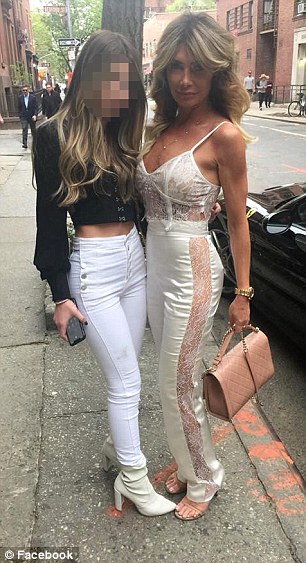 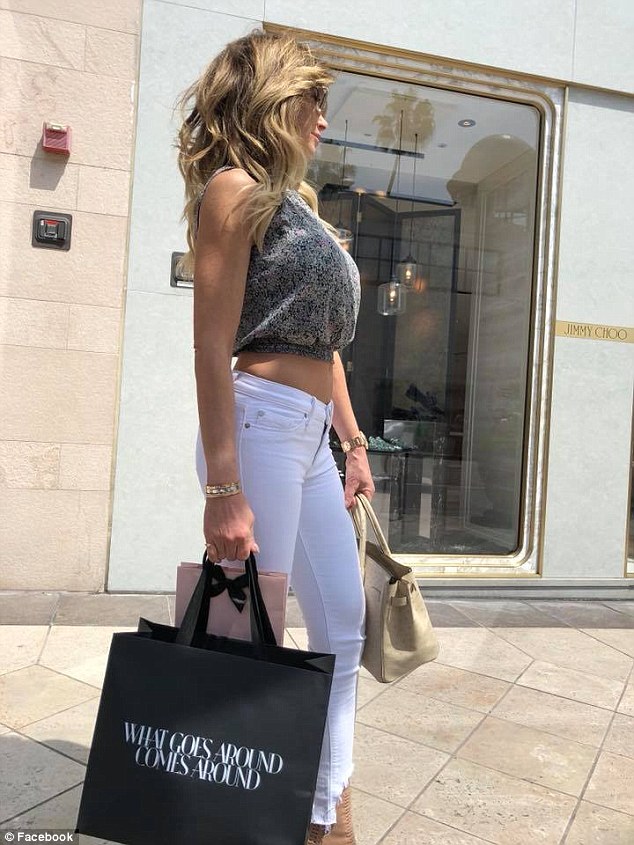 Robyn said: ‘He took my lifestyle from me and my money and he’s shoving it in my face that he’s giving it to other women’

DailyMail.com reached out to Robyn but she declined to comment further.

However, earlier in the day, Robyn took to Facebook to thank everyone who has showed their support.

‘It is with tremendous sadness that is my life! the actions of my ex have caused me and my family so much embarrassment and pain,’ she penned in the public post.

The creative designer at CPC Events shared words of encouragement to herself and other women in her shoes.

‘I explain to my children that we might get some bumps and bruises but sometimes to get to a rainbow you have to go through the rain! 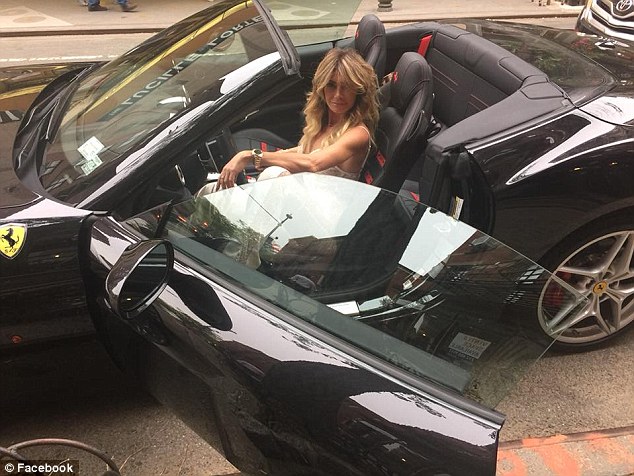 Robyn is pictured above posing in a luxury car. She said her estranged husband no longer provides the lifestyle she once had 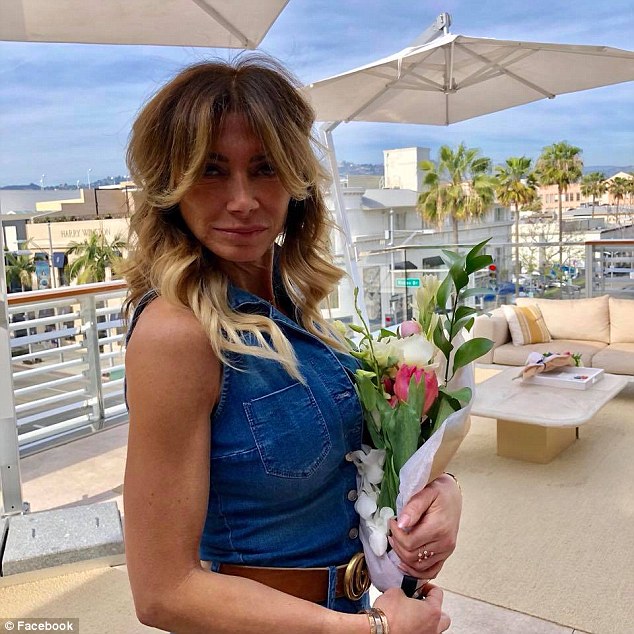 ‘All women should not be afraid and should not be controlled by their husbands because they make money they should stand up and know their value and get out of toxic relationships for the sake of themselves and their children!!!’

Last Thursday, she also shared a picture quote in which she seemingly shamed Dean’s despicable ways.

She captioned above it: ‘Fact!!! They surround themselves with people who they an hide their true identity!’

Dean’s attorney, James Sexton, told the Post: ‘One of the most frustrating aspects of New York divorce law is how easy a disgruntled spouse can make false claims in preliminary litigation papers, for dramatic effect.’ The Billings’ gorgeous $6.3million Benedict Road mansion is shown above 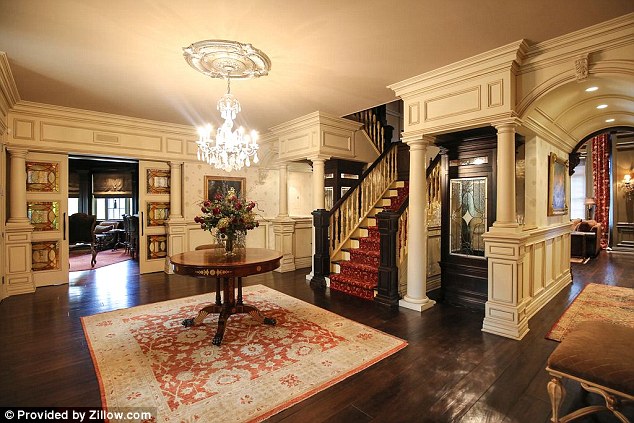 The family purchased the posh property in 2012, before their family fell apart Another photo of their former Staten Island home is pictured. The couple filed for divorce last year

Robyn’s attorney, Leslie Barbara, however, called her client a ‘wonderful mother, good wife’ and a ‘stand-up person who does not deserve this.’

The once-happily married couple met in 1997 before they hosted a fairytale winter wedding in January 2000. They jet-setted off to Anguilla for their honeymoon, the Post reported.

Shortly before their marriage turned messy, the Billings moved into a mansion in 2012 located on Benedict Road in Staten Island.

The home was put up for sale last year, when they filed for divorce. It has been taken off the market since.

The home was deemed ‘Staten Island’s most expensive house for sale’ on its real estate listing. 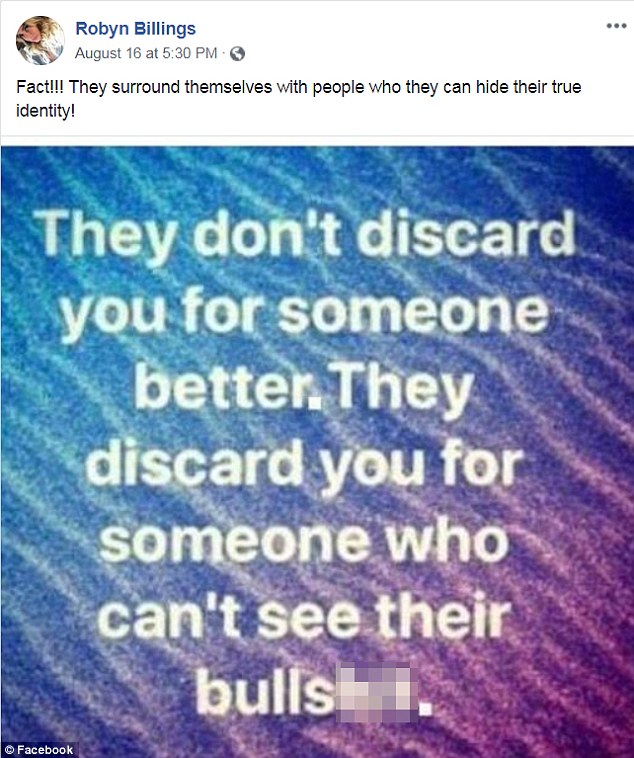 Last Thursday, she also shared this picture quote in which she seemingly shamed Dean’s despicable way