KEITH Richards' ex son-in-law killed himself after being "tortured" by lies that he was trying to look up girls' skirts, an inquest heard.

Dominic Jennings, the former husband of Angela Richards, died in July after walking in front of a train. 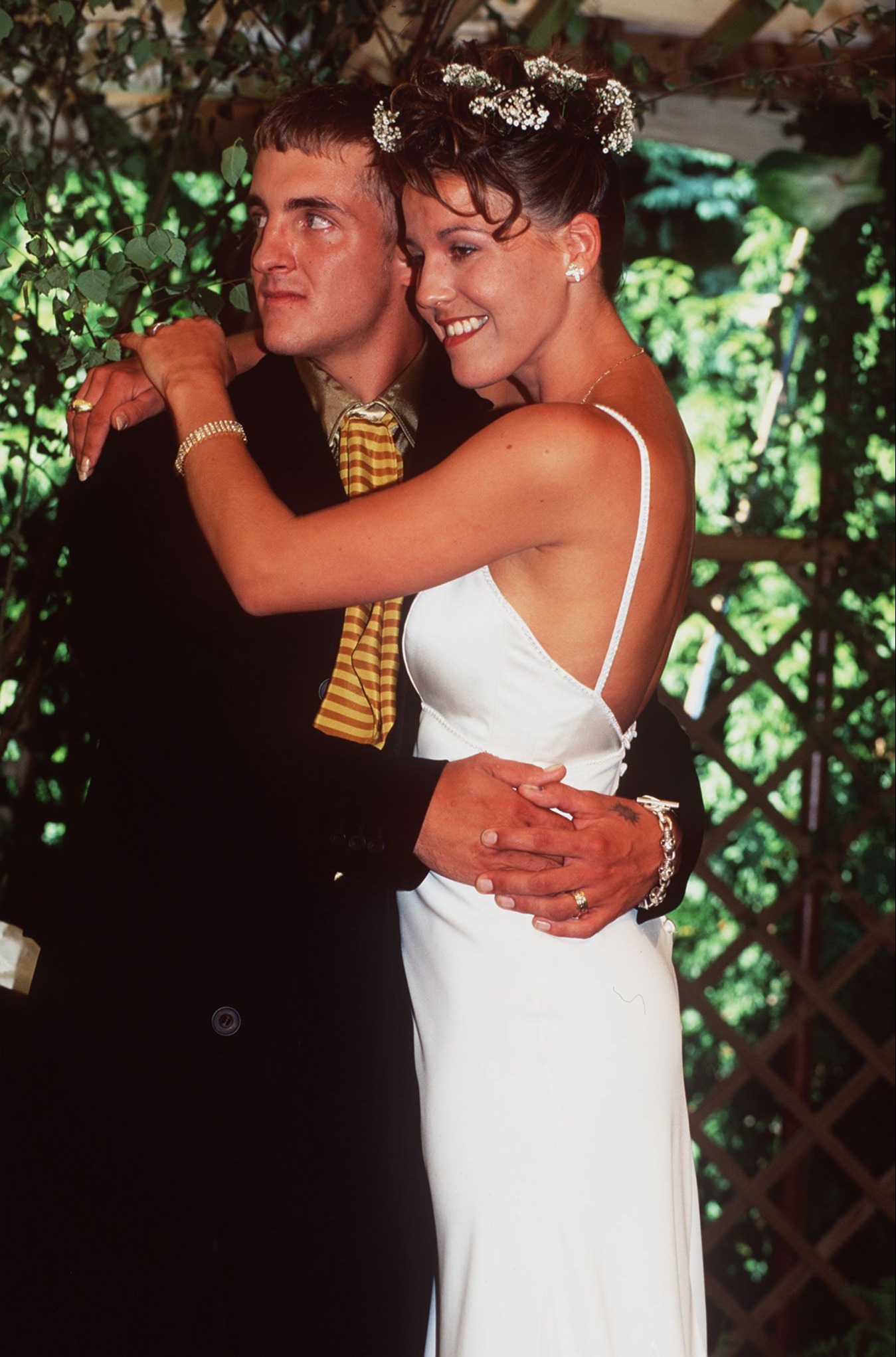 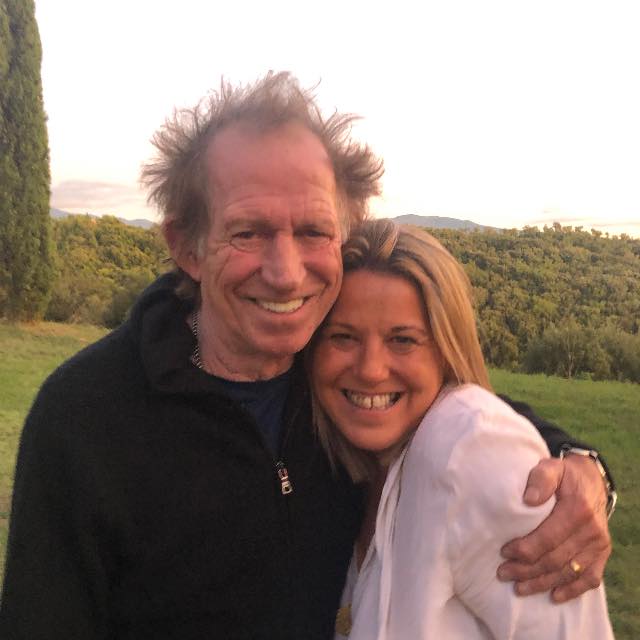 He had been confronted by members of the public who claimed he was approaching children in Bognor Regis, West Sussex.

Despite a police investigation finding nothing, Dominic told his family there was no coming back from false online allegations made against him.

"It has destroyed our family and friends for ever. He had half of my heart and he has taken it with him.”

British Transport Police investigator Kristina Butler said that Mr Jennings had struggled with alcohol and mental health issues since breaking up with Angela.

“He was very upset about allegations made against him on social media,” she said.

“He said there was no way forward and was phoning to say goodbye. Both his father and sister said it had been deeply distressing for him and this was the tipping point.”

Kirsty told the inquest her brother had made mistakes but he was tortured by the social media posts.

He walked out in front of a train after phoning his father Cyril to say his life was over.

Photos of the 45-year-old, who married Rolling Stones rocker Keith Richards' daughter Angela in a lavish £250,000 wedding in 1998, were then shared on social media and went viral.

The pair were married for 15 years, with Mr Jennings suffering from addiction and mental health problems after the break up.

In one now deleted Facebook post, a local in Bognor Regis claimed Mr Jennings – who once toured with the Rolling Stones – was "trying to look up little girls' skirts" and "coax them away from their parents".

The online posts started to appear on July 21 last year and members of the public detained Mr Jennings the following day before calling police.

They arrested him for his own safety, the inquest heard.

When news of the Facebook allegations reached his landlady, she took all Mr Jennings belongings to a police station and said he was no longer welcome at her house.

The coroner concluded it was impossible for police to prevent the social media posts from going viral.

“I understand the effect of that was when he spoke to his brother and father and said ‘There’s no coming back from that’,” the coroner said.

Jennings had been arrested and released following allegations he tried to steal a dog and then exposed himself on Bognor beach.

Members of the public recognised him from the Facebook posts and detained him.

He was released soon after with a No Further Action notice from police.

Two Police Community Support Officers drove him to an address in Chichester where he said he could stay with a friend after emergency accommodation could not be found.

His friend also told him he could not stay.

EVERY 90 minutes in the UK a life is lost – to suicide.

It's the biggest killer of people under the age of 35, more deadly than cancer and car crashes. And men are three times more likely to take their own life than women.

Yet, it's rarely spoken of, a taboo that threatens to continue its deadly rampage unless we all stop and take notice, now.

That is why The Sun has launched the You're Not Alone campaign. To remind anyone facing a tough time, grappling with mental illness or feeling like there's nowhere left to turn, that there is hope.

To mark World Suicide Prevention Day, over the course of this week, we will tell you the stories of brave survivors, relatives left behind, heroic Good Samaritans – and share tips from mental health experts.

Let's all vow to ask for help when we need it, and listen out for others. You're Not Alone.

Mr Jennings told his brother he was planning to jump in front of a train, and cops began a search for him.

Coroner Alicia Keen said there were only seconds between Mr Jennings walking onto the track and being hit by the train.

Mr Jennings was found to have three times the drink drive limit of alcohol.

“When he rang his father to say goodbye, it was clear he had become more and more distressed and more intoxicated as he chose to make that decision,” the coroner said.

The social media posts which have now been removed accused Mr Jennings of trying to look up young girls skirts.

His friend of 25 years Robin Clapton said: "People are vile, on some self-appointed moral crusade.

"He hadn’t had a haircut for a long time because of lockdown and was starting to look a bit dishevelled."

Mr Clapton added: "He never, ever, ever displayed any inclination towards young children.

"If he had a problem, he would speak to one of us about it. He didn’t have those kinds of problems."

The coroner recorded a conclusion of suicide.

If you are affected by any of the issues raised in this article, you can call The Samaritans for free any time, even on a mobile without credit, on 116123. 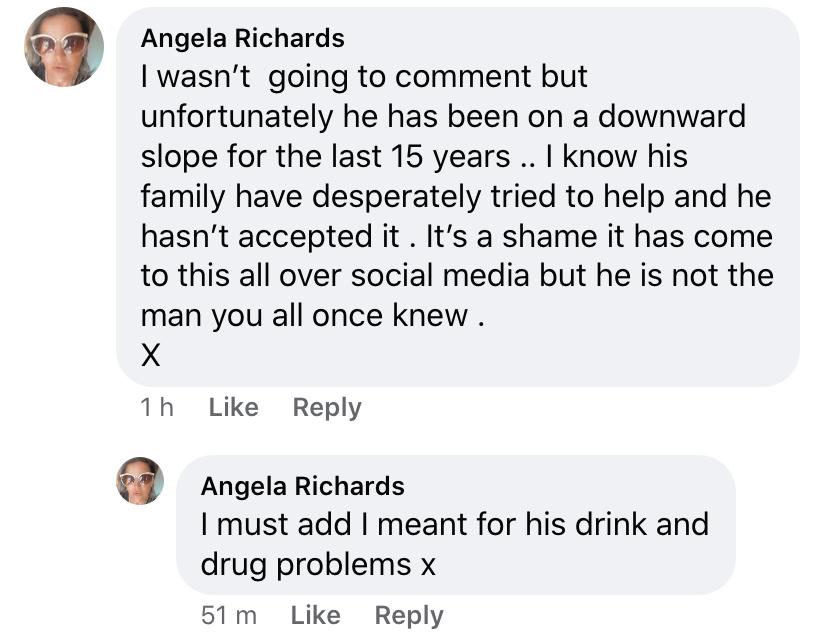 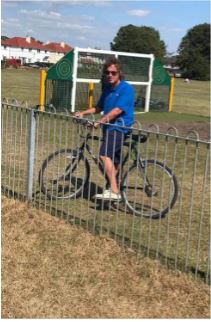