NHS trust apologises after dementia patient, 77, was ‘restrained on 19 occasions at hospital so staff could feed him and had cloth held over his head as they inserted catheter’

An NHS trust has apologised unreservedly to a patient and his family amid accusations that he was restrained on 19 occasions so staff could forcibly treat him.

The 77-year-old dementia patient was initially admitted to hospital in November last year with a urinary retention problem, according to a BBC investigation.

Instead of taking time to calm the man and reassure him, hospital security guards were asked to hold him down while he was treated, it is claimed. 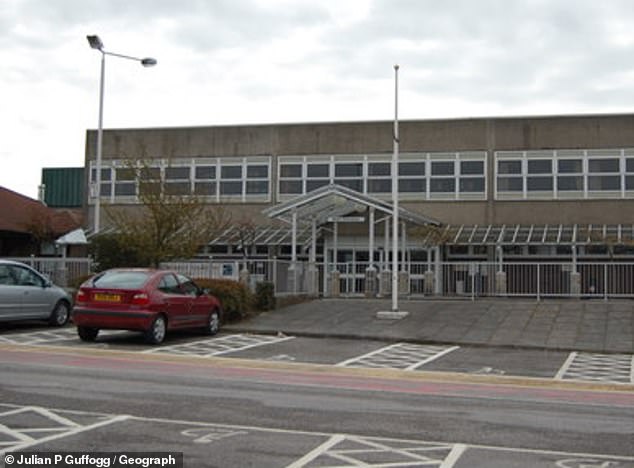 One incident, at William Harvey Hospital in Ashford (pictured) saw a cloth held over the  77-year-old dementia patient ‘s head while his arms and legs were held so nurses could insert a catheter

One incident, at William Harvey Hospital in Ashford, saw a cloth held over the man’s head while his arms and legs were held so nurses could insert a catheter, the BBC report alleges.

East Kent Hospitals said it took action after a member of staff witnessed an incident of restraint and raised concerns.

A trust spokesperson said: ‘As soon as a member of staff raised their concerns, we reported it to the police and our regulators, suspended a number of staff and opened an investigation, during which we have remained in contact with the patient’s family.’

Changes to dementia care including ward reorganisation, training and recruitment are under way.

The Trust’s investigation found a failure to alert senior nurses and/or doctors to the difficulties being experienced in nursing the patient. Referring to the incident, Cardiff University dementia-care researcher Dr Katie Featherstone (pictured) said it was a ‘shocking and extreme case’

The spokesperson added: ‘We apologise unreservedly to the patient and his family for the failings in his care, this fell far short of what patients should expect.’

One member of staff has been referred to the Nursing and Midwifery Council.

‘He was just seen as someone with dementia. And his wishes were totally ignored.’

The company that supplies the hospital’s security guards, RightGuard, told BBC News: ‘We did nothing wrong.

‘Security staff will only ever act under the instructions of clinicians.’

East Kent Hospitals is also at the centre of an investigation into its maternity services.

Care for mothers and newborn babies has been heavily criticised following a series of baby deaths.

It is being prosecuted by the Care Quality Commission (CQC) over the death of baby Harry Richford.