The head of Russia’s intelligence service, a man nicknamed ‘Putin’s chef’ and several senior Kremlin officials have been hit with sanctions by Britain and the EU.

The men will face a travel ban and have their assets frozen. They include six Russians with suspected links to the poisoning of opposition leader Alexei Navalny.

Sources said these six individuals were chosen specifically because they are believed to have a hand in Moscow’s Novichok programme or the authorisation of its use.

The six sanctioned over the poisoning included Aleksandr Vasilievich Bortnikov, director of the intelligence agency, the FSB. 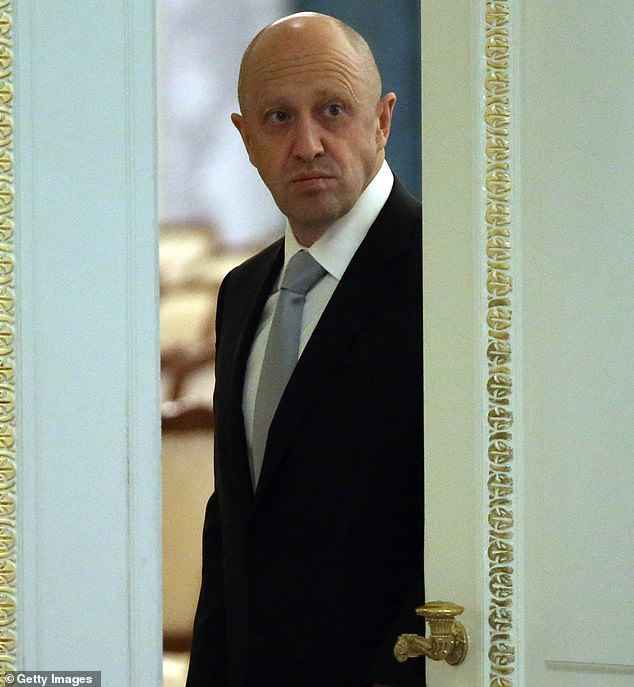 Separately, ‘Putin’s chef’ Yevgeniy Prigozhin – so-called because his firm has done catering for the Russian President – was sanctioned over ‘significant foreign mercenary activity’ in Libya.

Announcing the sanctions, Foreign Secretary Dominic Raab said the six would face asset freezes and travel bans in line with sanctions imposed by the EU.

The move follows confirmation by the international watchdog, the Organisation for the Prohibition of Chemical Weapons, that Mr Navalny had been poisoned by a Soviet-era nerve agent from the Novichok group.

The findings backed those from laboratories in France, Sweden and Germany where Mr Navalny was treated after falling ill on a Russian domestic flight in August.

In a statement Mr Raab said: ‘Together with our international partners, we are sanctioning those responsible for the criminal poisoning of Alexei Navalny.

‘Any use of chemical weapons by the Russian state violates international law. We are determined to hold those responsible to account.’ 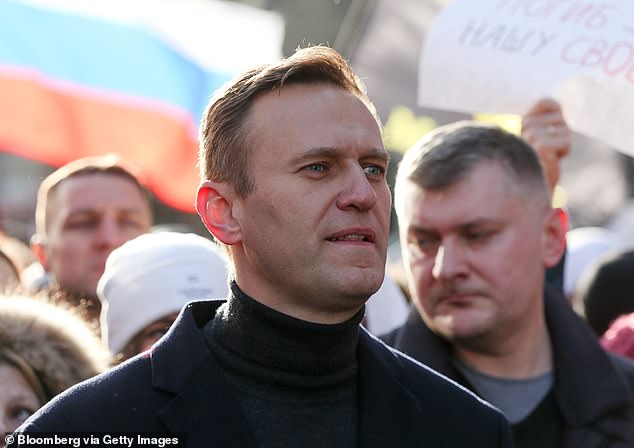 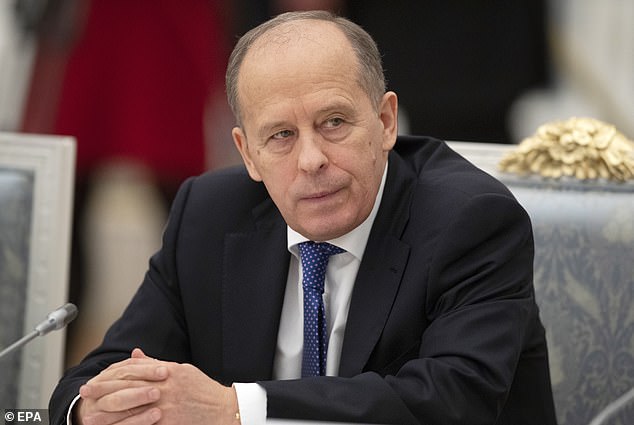 Aleksandr Vasilievich Bortnikov (above), director of the intelligence agency, the FSB, was among the six individuals with suspected links to the poisoning of Mr Navalny

Mr Prigozhin is a Russian businessman with close links, including financially, to the shadowy private military company Wagner Group.

He was nicknamed ‘Putin’s chef’ because his company has done catering for the Kremlin.

He was also linked to the Internet Research Agency (IRA) identified as a St Petersburg ‘troll factory’ which allegedly use fake internet accounts to influence US voters in the last election.

A government source suggested the decision to sanction the head of the FSB indicated where the EU and the UK believes the blame lies for the poisoning.

The source added: ‘If Novichok is being used against another state, these are the people who would be part of that.’