Imogen Anthony has tied the knot with her mystery boyfriend in a Las Vegas wedding.

The ex-girlfriend of Kyle Sandilands announced she had secretly married her beau during a romantic trip to the city on Saturday.

The model, 31, took to Instagram to share a gallery of photos of herself in a mesh robe and white lingerie as she said ‘I do’ at the Little Chapel of Hearts. 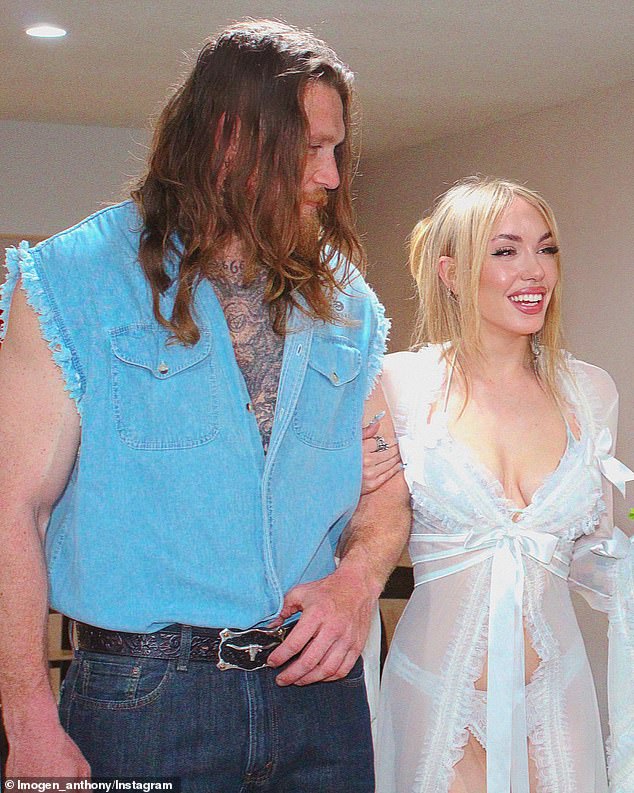 Imogen can be seen smiling from ear to ear as held a bottle of champagne after the ceremony.

She was also glowing while carrying a bouquet of colourful flowers as she walked down the aisle.

The couple are understood to have had an Elvis inspired wedding. 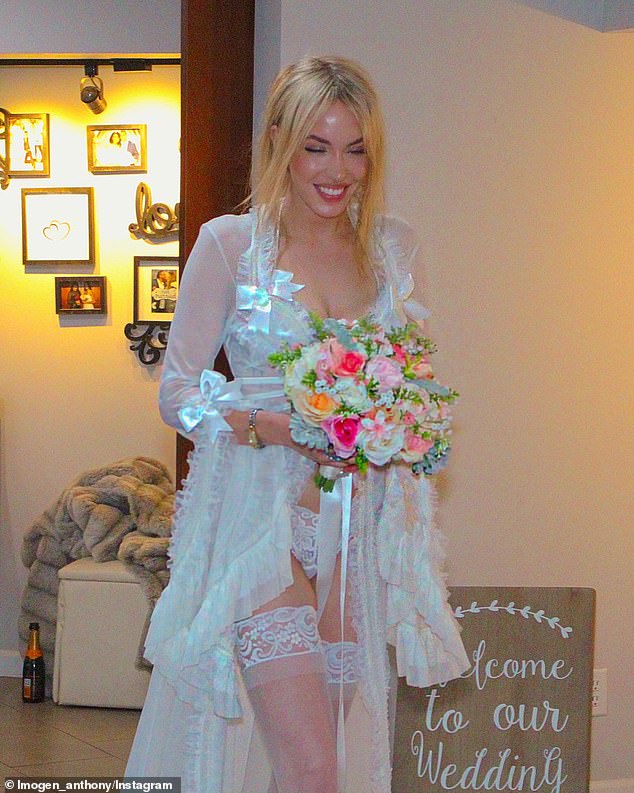 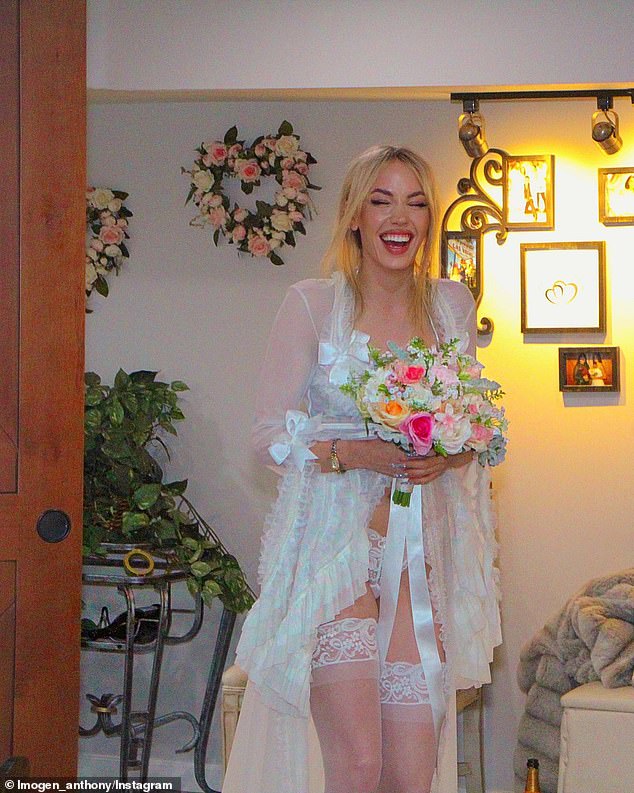 Imogen and her ex-boyfriend Kyle were together for eight years but he never popped the question to the former model.

The media titan, 51, announced his shock split from the Big Brother VIP star on The Kyle and Jackie O Show in November 2019.

‘We haven’t been with each other for quite a few months now. Unfortunately it’s run its course,’ he said. 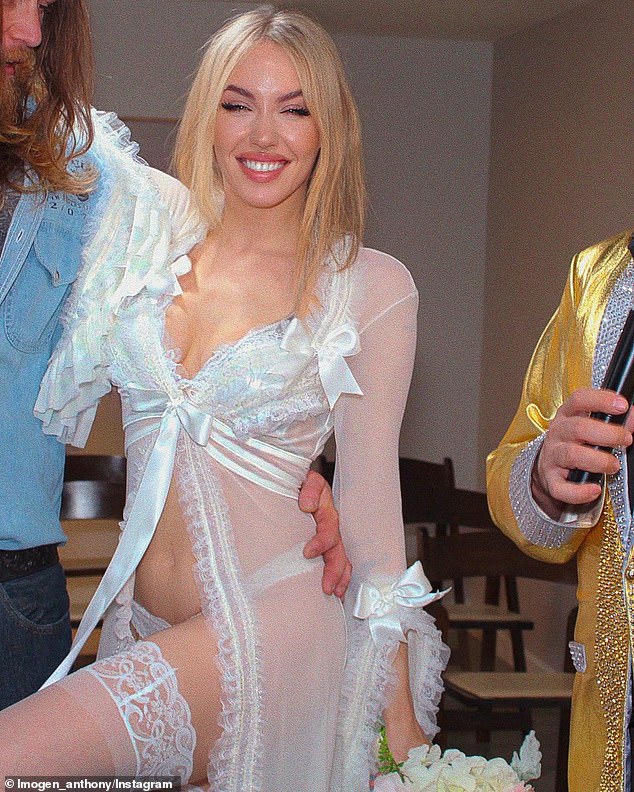 The couple are understood to have an Elvis inspired wedding 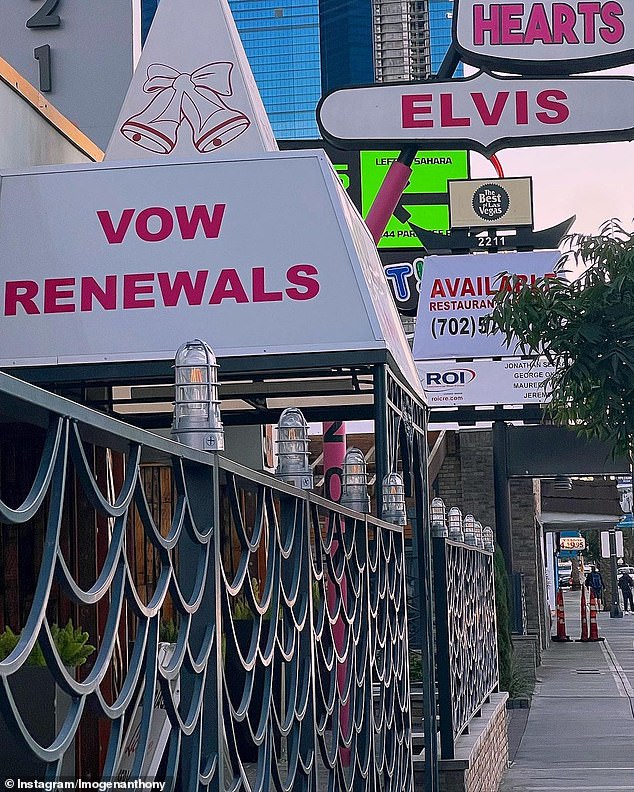 ‘I wanna do something crazy,’ she captioned the post alongside an emoji of a church

Back in September, Imogen revealed she’s closer to Kyle ‘than people think’.

The reality star was asked by a fan if she still talks to him, during an Instagram Stories question and answer session.

‘Do you still speak to Kyle. Or nah?’ the fan asked, and Imogen replied: ‘Closer than people think.’ 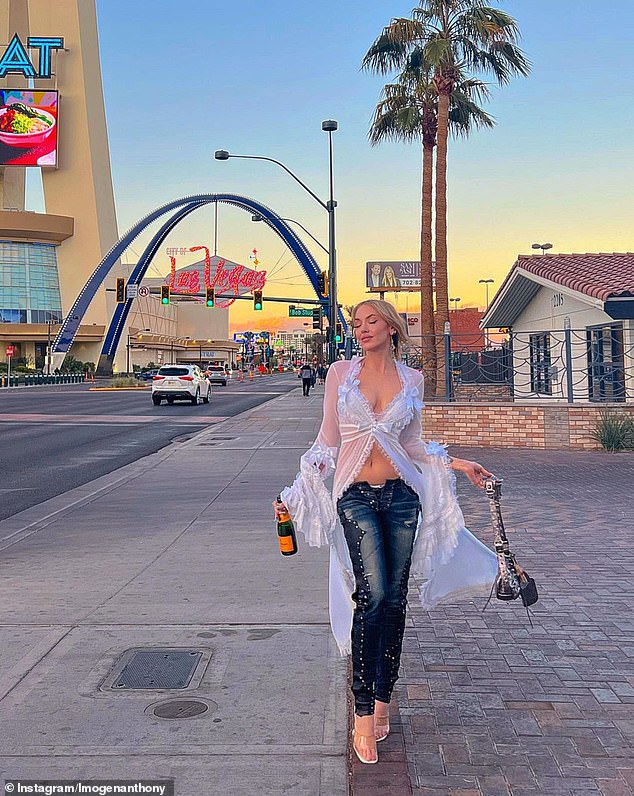 The pair have had ups and down following their split, with Imogen previously saying Kyle was ‘dishonest’ with her about wanting to settle down.

‘I just wish he would have been more honest with me and her in the lead-up to this, as we’ve still been trying to ‘settle’ so I can move forward with my own life too, which in my opinion, hasn’t been fair…’ she said online.

Kyle began dating Tegan Kynaston following his split from Imogen and they got engaged over the Christmas holidays in Port Douglas last year.

Kyle and Tegan welcomed son Otto in August and following the birth he declared on his KIIS FM radio show that he and Tegan were in a ‘love bubble’.

‘We just keep looking at him and then we look at each other and smile and one of us has a little tear roll down,’ Kyle admitted. 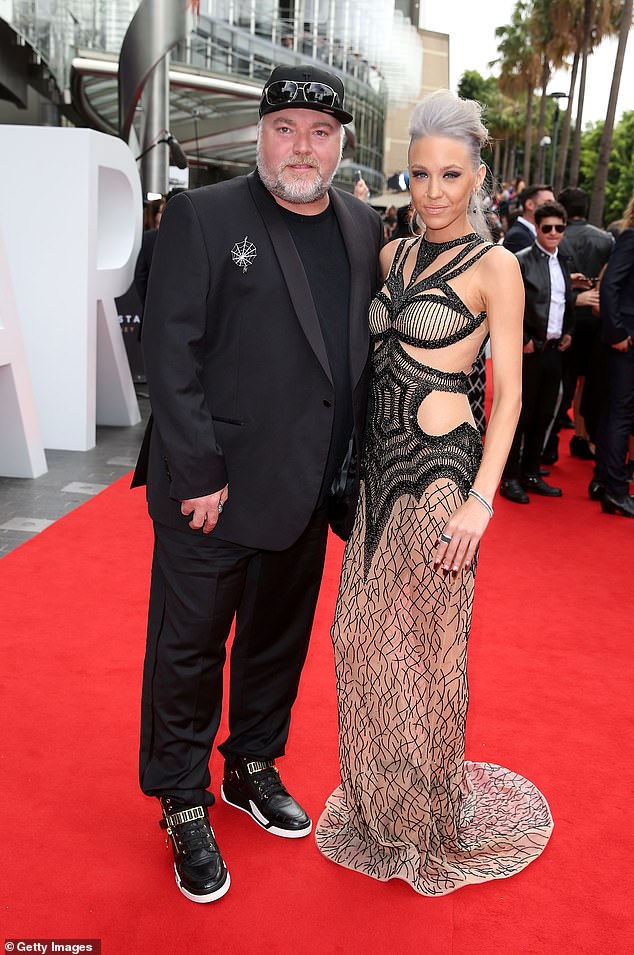 Imogen and her ex-boyfriend Kyle Sandilands were together for eight years but he never popped the question to the former model.  Pictured together in 2014