Richard Dawson insisted the post was a joke, after telling parents to bring their "maggot-infested" kids to his pub during half-term. 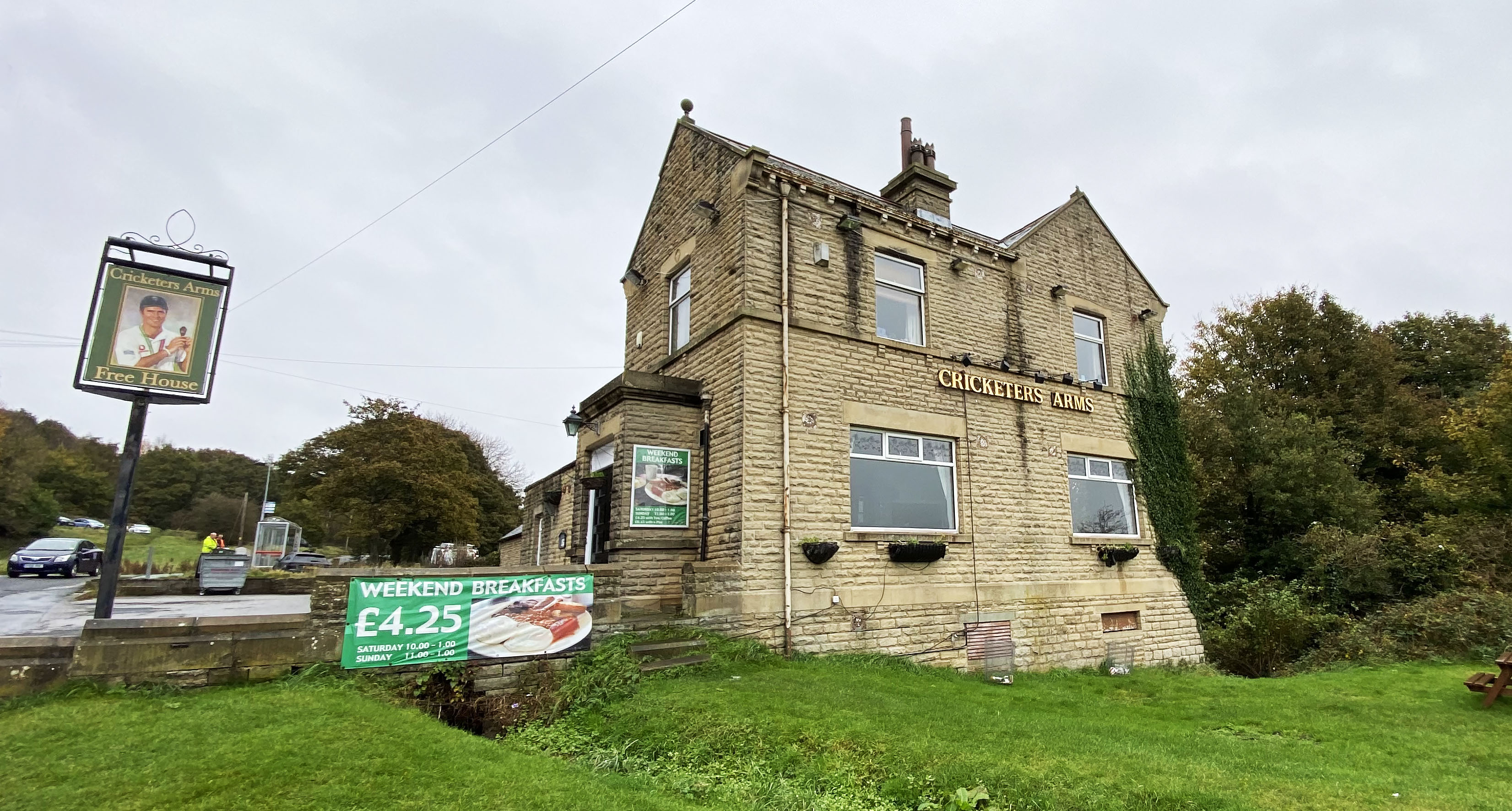 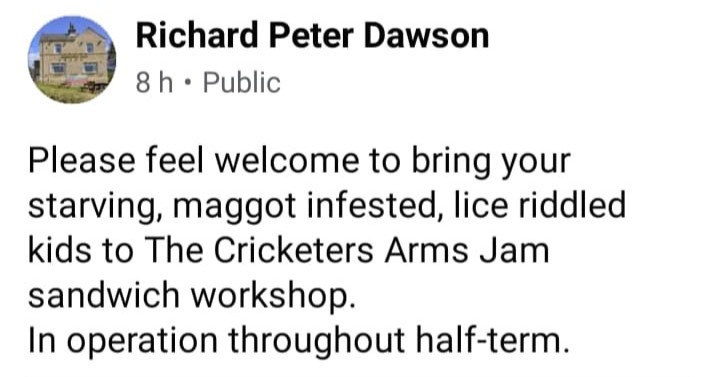 The landlord of the Cricketers Arms, in Baildon, West Yorks, has since removed the post, which read: "Please feel welcome to bring your starving, maggot-infested, lice-riddled kids to The Cricketers Arms Jam sandwich workshop.

"In operation throughout half-term."

Mr Dawson posted the comment of the pub’s Facebook page at 11.17am yesterday and more than 230 people responded, many reacting in anger.

It came after restaurants, cafés and pubs across the country this week offered free snacks and meals to children, after the Government rejected a motion to provide the meals for youngsters over the half term.

It can never be a joke. It is vile. I hope everyone treats you with the same disrespect you have shown to others.

Responding to Mr Dawson's post, former BBC Look North anchor Christa Ackroyd wrote: "However you read this it is not funny.

"It can never be a joke. It is vile. I hope everyone treats you with the same disrespect you have shown to others.

"I have never seen a post (joke or otherwise) that leaves me as sickened.”

Mr Dawson commented shortly after publishing to say he would not be removing it.

He wrote: "I won’t be deleting my post or any of the comments, if people want to buy into the concept that the government needs to be feeding people's children this half term, that’s their business.

"My view is that the poor are being stigmatised and their supposed needs been used for political capital.

'PEOPLE LOVE TO BE OFFENDED'

"I see people on television making jokes about rape and genocide, if I can’t indulge in humour about non-existent, starving, maggot-infested kids without incurring the wrath of Baildon then so be it."

Mr Dawson confirmed the post was created and published by him.

He said: "To me, it's a joke, but you know what people are like.

"I don't want to endanger my staff, that's my main concern, they've got no part in those words.

"You should not have to explain or apologise for humour.

"There are no maggot-ridden kids out there. People love to be offended these days."

Earlier this month children's meal champion Marcus Rashford said kids were made to feel like they "don't matter," after he lost his bid to get the nation's most vulnerable youngsters free school meals for the winter.

MPs had rejected a Labour motion to extend free school meals over the school holidays until Easter 2021 by 322 votes to 261, majority 61.

But the government has since hinted at a major climbdown, with Boris Johnson accused by those close to him of 'misreading the mood of Britain'.