Boris Johnson today insisted he is still determined to get a Brexit deal as he held crucial talks with his Irish counterpart in Dublin.

The Prime Minister conceded that No Deal would be a bad outcome for both sides, saying it would amount to a ‘failure of statecraft’ and politicians would be ‘responsible’.

But he again insisted that the UK would be leaving the EU by October 31 come what may, saying failure to do so would cause ‘permanent damage’ to democracy.

He told a joint press conference he was ‘undaunted’ by mounting opposition to his stance in Parliament and there had to be a ‘way out’ of the backstop for the UK.

However, Mr Varadkar today swiped that the UK has no ‘realistic’ plan for replacing the hated backstop as he met Boris Johnson in Dublin.

Mr Varadkar warned that the Brexit issues will not end if the PM manages to force through a damaging No Deal at the end of October.

He said Mr Johnson faced a ‘Herculean’ task to get a comprehensive trade deal, and it would be worse if there was no divorce package. 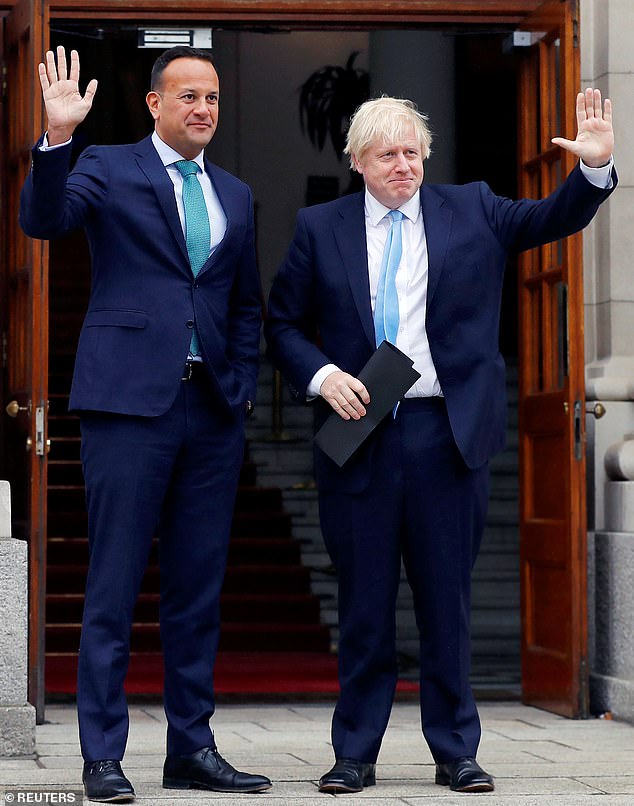 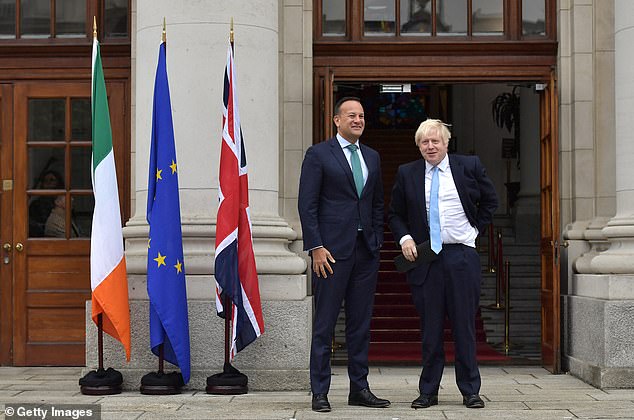 Speaking yesterday, ahead of the meeting, Mr Varadkar said he did not expect a breakthrough.

‘I don’t think the meeting tomorrow is a high stakes meeting, as I don’t anticipate a big breakthrough tomorrow, if we come to an agreement that agreement will happen in October at the EU summit,’ Mr Varadkar said.

The Irish Government has consistently stressed that negotiations on Brexit will only take place between the UK and the EU27, and the meeting will be about ‘sharing ideas’ rather than negotiating bilaterally on the UK leaving the EU. 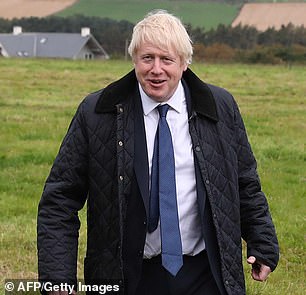 ‘It will be an opportunity to get to know each other a little bit better, to see if there is common ground, I’m sure there will be,’ Mr Varadkar added.

In comments issued yesterday which may queer the pitch for the meeting, the Taaoiseach reminded journalists Mr Johnson one voted in favour of Theresa May’s deal.

‘I am conscious that Prime Minister Johnson did vote for the backstop at one point, and has taken a different position since then.

‘The situation in the UK is very fluid at the moment, Prime Minister May, with a parliamentary majority was not able to get a deal through the House of Commons.’

He added he would ask for evidence from the Prime Minister that he was ‘actually capable or has the votes to get a deal through’, in a reference to his dwindling minority government.

And with a nod to Johnson’s ‘die in a ditch’ promise, he said: ‘It’s important we remember that this is not about politicians, it’s about protecting people’s jobs, business and peace and security,’ he said.

There has been much public interest in the meeting, with former secretary of state for Northern Ireland, and Labour MP Peter Mandelson, speaking on Ireland’s national broadcaster RTE telling the Taoiseach: ‘not to be taken in’ and ‘don’t be conned’ by Mr Johnson.

Sir Keir Starmer, Labour’s shadow Brexit secretary, speaking ahead of the meeting released a statement saying that the British government intends to ‘backtrack on solemn commitments made to the people of Northern Ireland’.

‘Those commitments were the foundation of an agreement with the EU that would protect the peace process and avoid a hard border in Northern Ireland,’ Mr Starmer said. 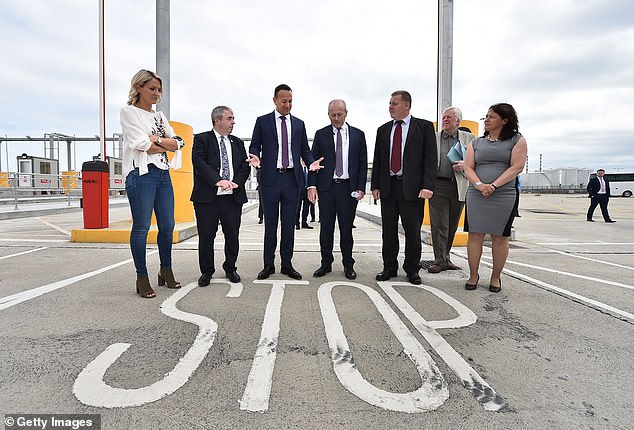 ‘When Boris Johnson meets the Irish Prime Minister, he must make absolutely clear there will be no rowing back and the Government will not take the negotiations down such a reckless path.’