They grin and take a deep pull on the ice-cold purple drink, before settling into the sofa. 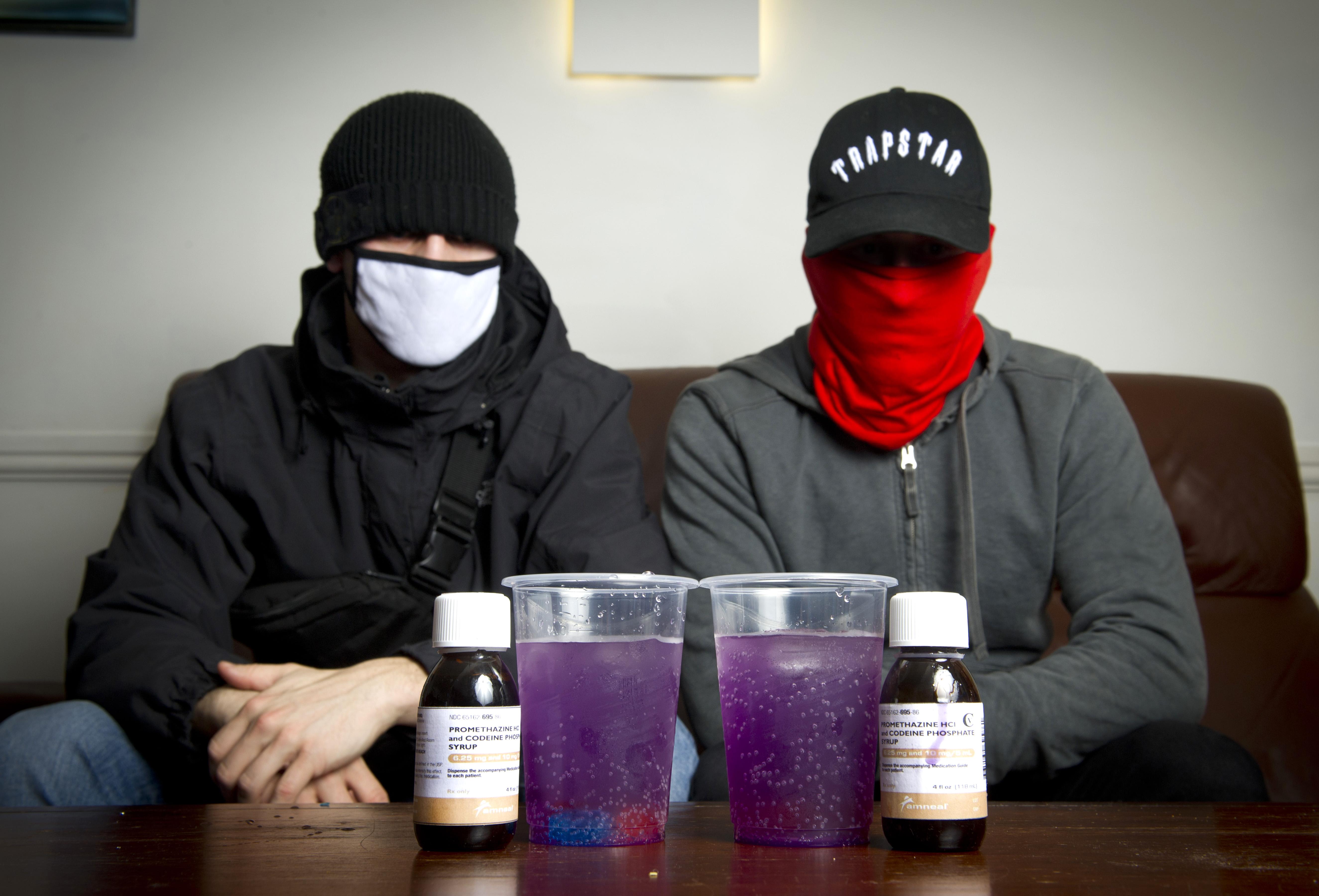 Minutes later the pair will be in a hazy, opioid-induced stupor.

The chief ingredient in their “cocktail” is a type of cough syrup loaded with the super-strength painkiller codeine — a cousin of morphine.

The name of the concoction is purple drank, otherwise known as lean or sizzurp. It was thrust into the spotlight this month after the death of US rapper Mac Miller, the former boyfriend of pop star Ariana Grande.

Miller, 26, died of a suspected overdose on September 7. While it is not known if purple drank was to blame, Miller admitted in a 2013 interview that he had been addicted to it. 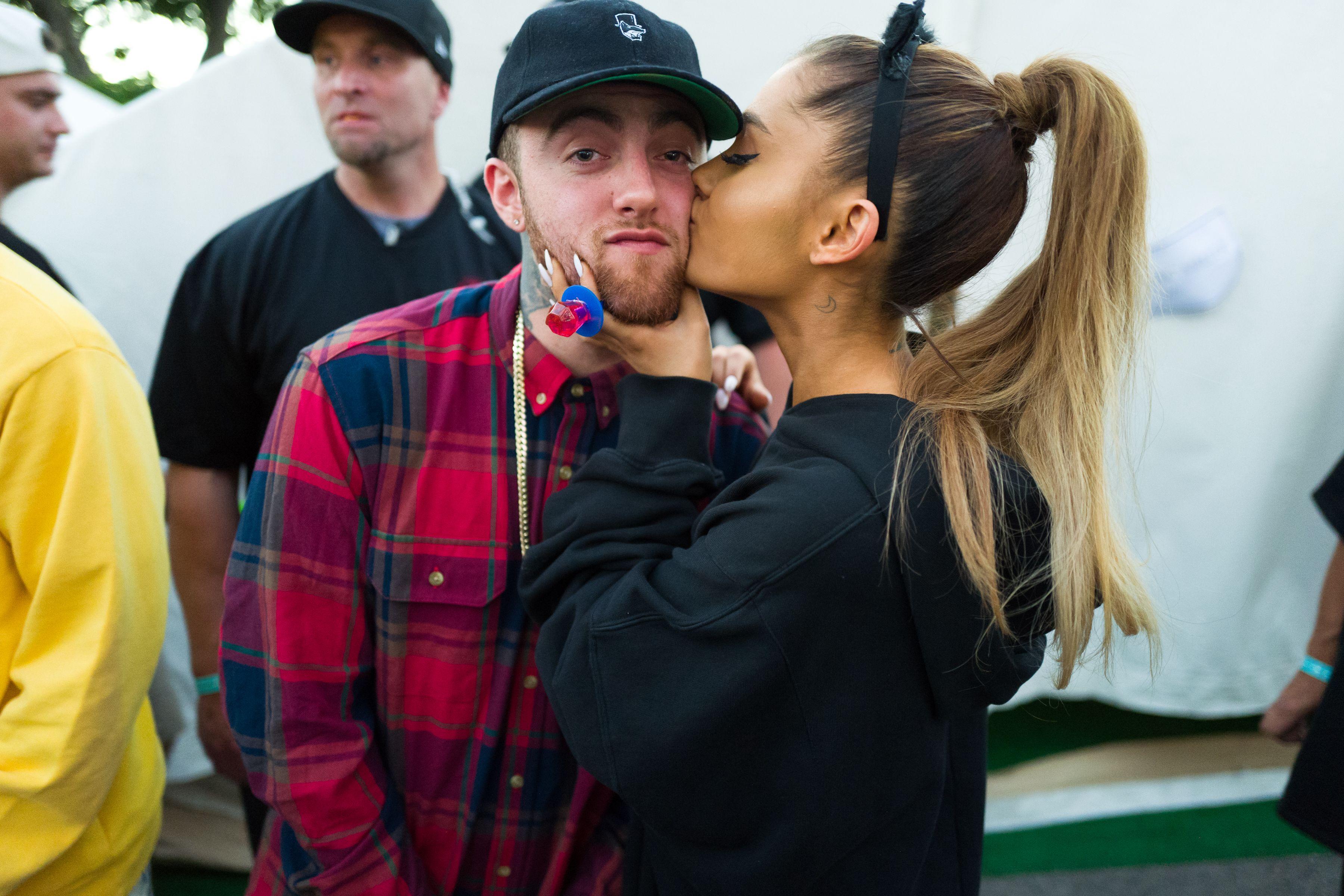 The potentially lethal drink — which has also been dubbed “liquid heroin” — is a mixture of cough syrup containing codeine and an antihistamine with a soft drink and a US brand of sweets. The antihistamine acts as a sedative at high doses, especially when mixed with codeine.

It has long been popular in the US after rappers started using it in the 1990s. But a Sun investigation has found it is taking hold in British schools and universities.

Six months ago, teachers at St Peter’s Church of England Aided School, a secondary in Exeter, had to warn parents that pupils were taking the drug. They had noticed youngsters’ slurred speech and droopy eyes, thought to be from downing up to 25 times the advised dose of the cough medicine contained in the drink.

According to the NHS, admissions to hospitals in England for overdoses of opioid painkillers other than heroin surged to 20,130 cases last year, a rise of 85 per cent in the past decade. 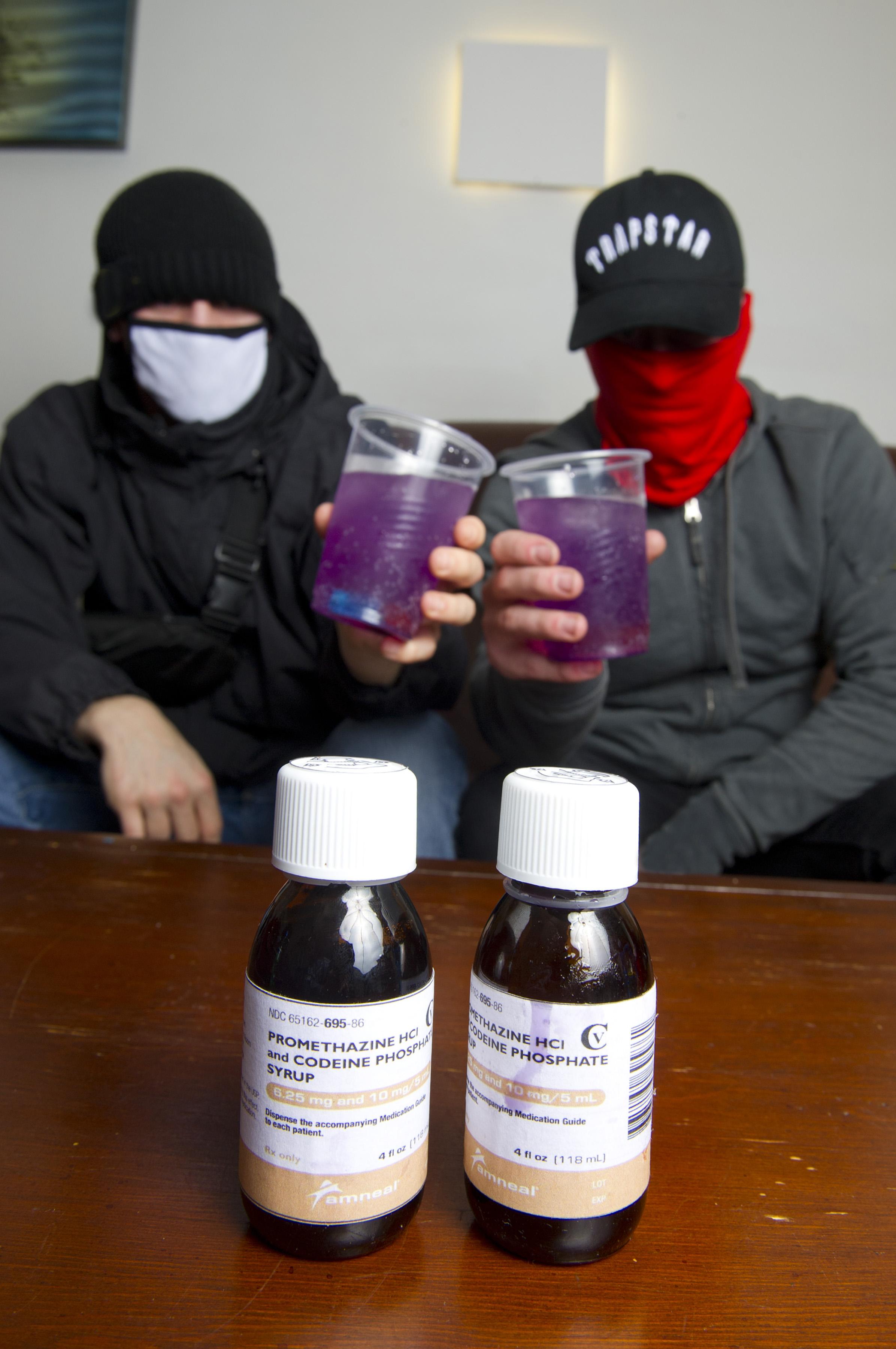 Social media sites such as YouTube are awash with videos showing youngsters how to make their own purple drank concoctions.

But getting hold of the ingredients in Britain — where highly addictive codeine is a class B controlled drug — can thankfully prove tricky. While small doses of codeine can be found in common over-the-counter painkillers, its pure form is prescription-only.

So while the sweets are easily and cheaply bought from specialist confectionery websites, the all-important syrup is harder to come by — which is where the growing number of British dealers step in.

They buy the syrup illegally on the dark web, then mix their own purple drank. One dealer at a British university boasted to our reporter that he can make more than £1,000 a week selling bottles for £50 each. 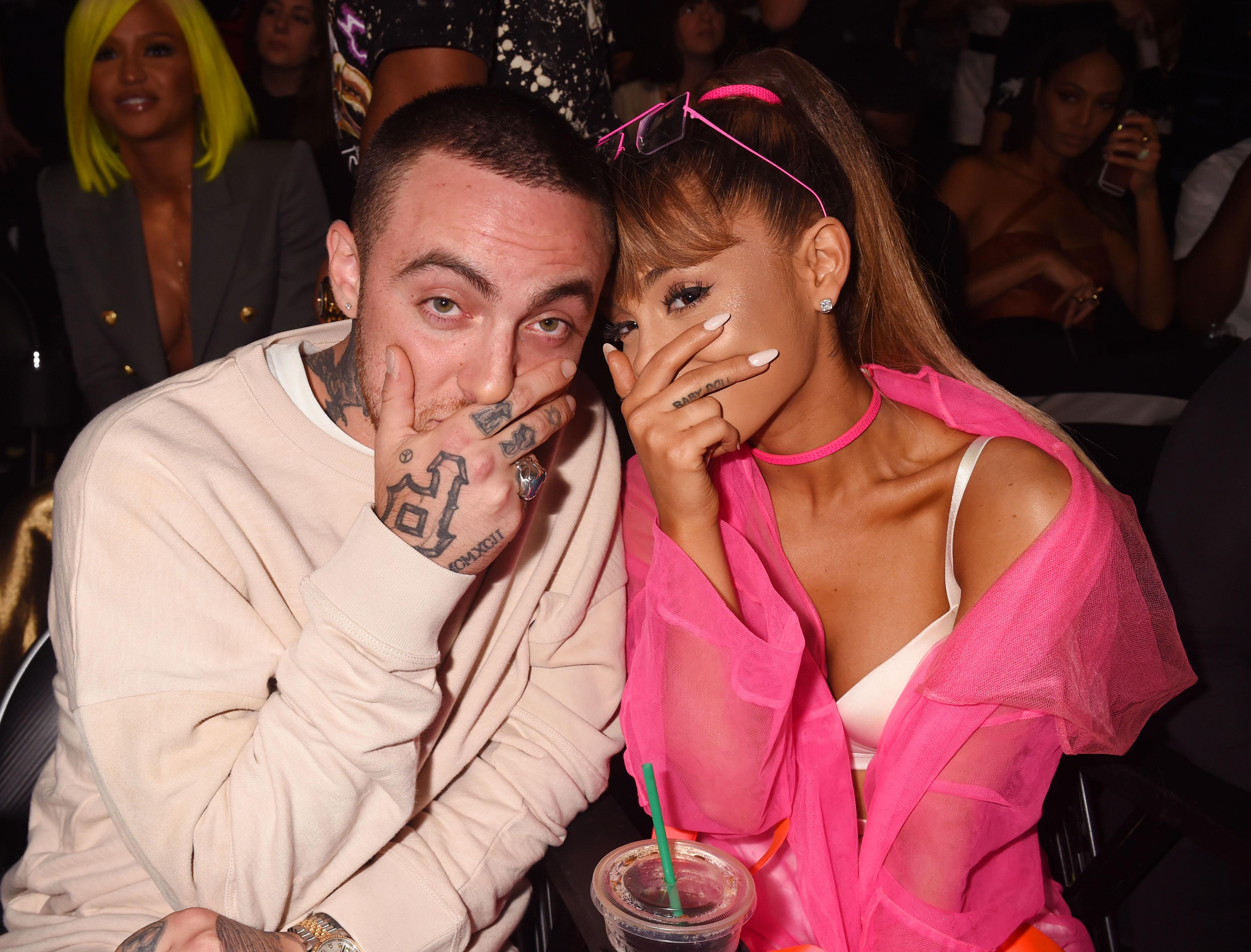 He claimed drank has become so popular in Britain that he has two “cooks” working for him, mixing the drink in halls of residence using equipment taken from the science labs.

Dressed in designer streetwear, the dealer — identified only as Leo — told us: “A bottle costs me £5 to make — that’s £45 profit.

“When I first started getting into it a year ago it was quite a small thing, I was just doing it on the side. Now it’s my main business. I basically knocked selling other drugs on the head.

“Most university students will be aware of lean, especially if you’re into that music, that scene. 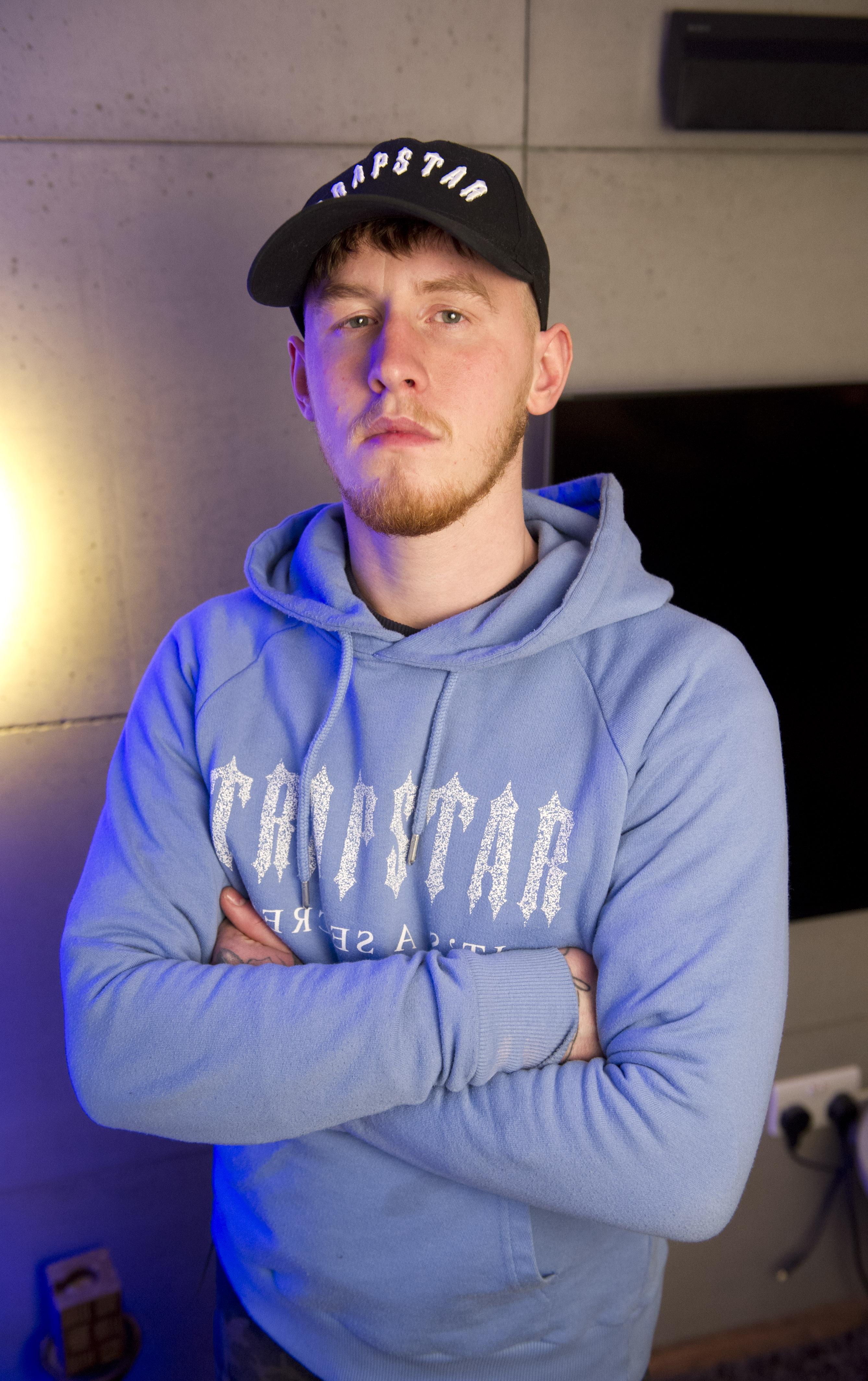 “I have a couple of mates at other universities who get it off me to sell there. It is all around the UK.”

The drink carries a massive risk of overdose, which may increase if people are also taking other substances or drinking booze. It is almost impossible for Leo to have any idea of the levels of codeine — which can be fatal in high doses — in his home-made batch. One bottle could completely differ from another.

Users are easily spotted at parties by the telltale polystyrene cups filled with plum-coloured syrup, topped up with soft drink and flavoured with the sweets.

The effects include slow or slurred speech, drowsiness, loss of balance and drained, pale-looking skin. Users have also complained of memory problems after taking the drink. 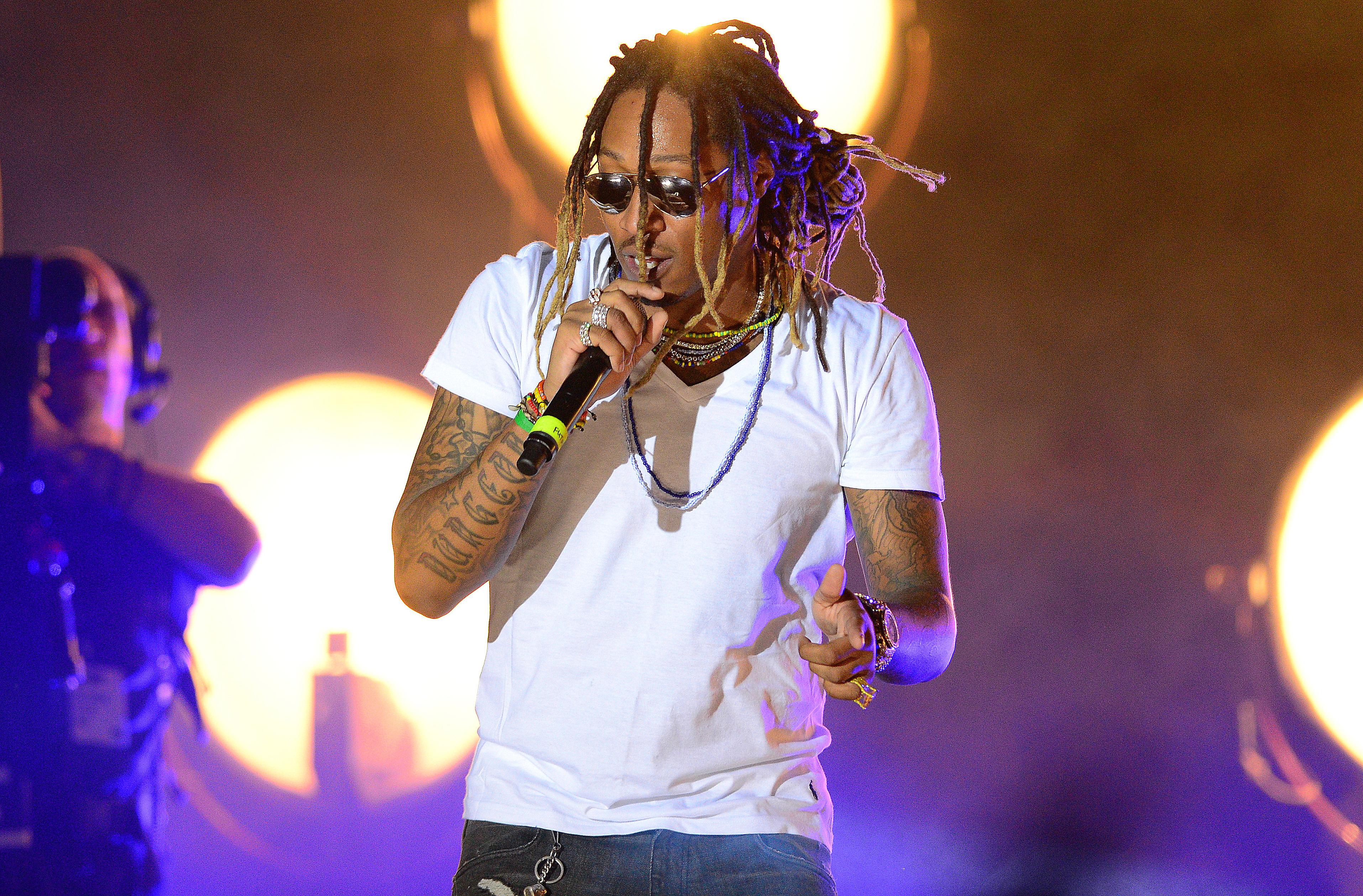 Leo said: “If someone overdoses then yeah, I am causing that, I suppose — but they are buying it. If they don’t get it from me they will get it elsewhere.

“I tell them to be careful. I give them every piece of advice I can. Most people I sell to have had it off me before, so they know the craic with it.”

In the US the trend came to a head in 2000 when hip-hop producer DJ Screw died of an overdose. Later pharmaceutical firm Actavis stopped making the codeine-mix medicines — and as a result, remaining bottles began changing hands for more than £1,000 as drug aficionados consider it the “Moet of lean”.

In recent years artists such as Lil Wayne and Chris Brown have ­featured lean in their lyrics. 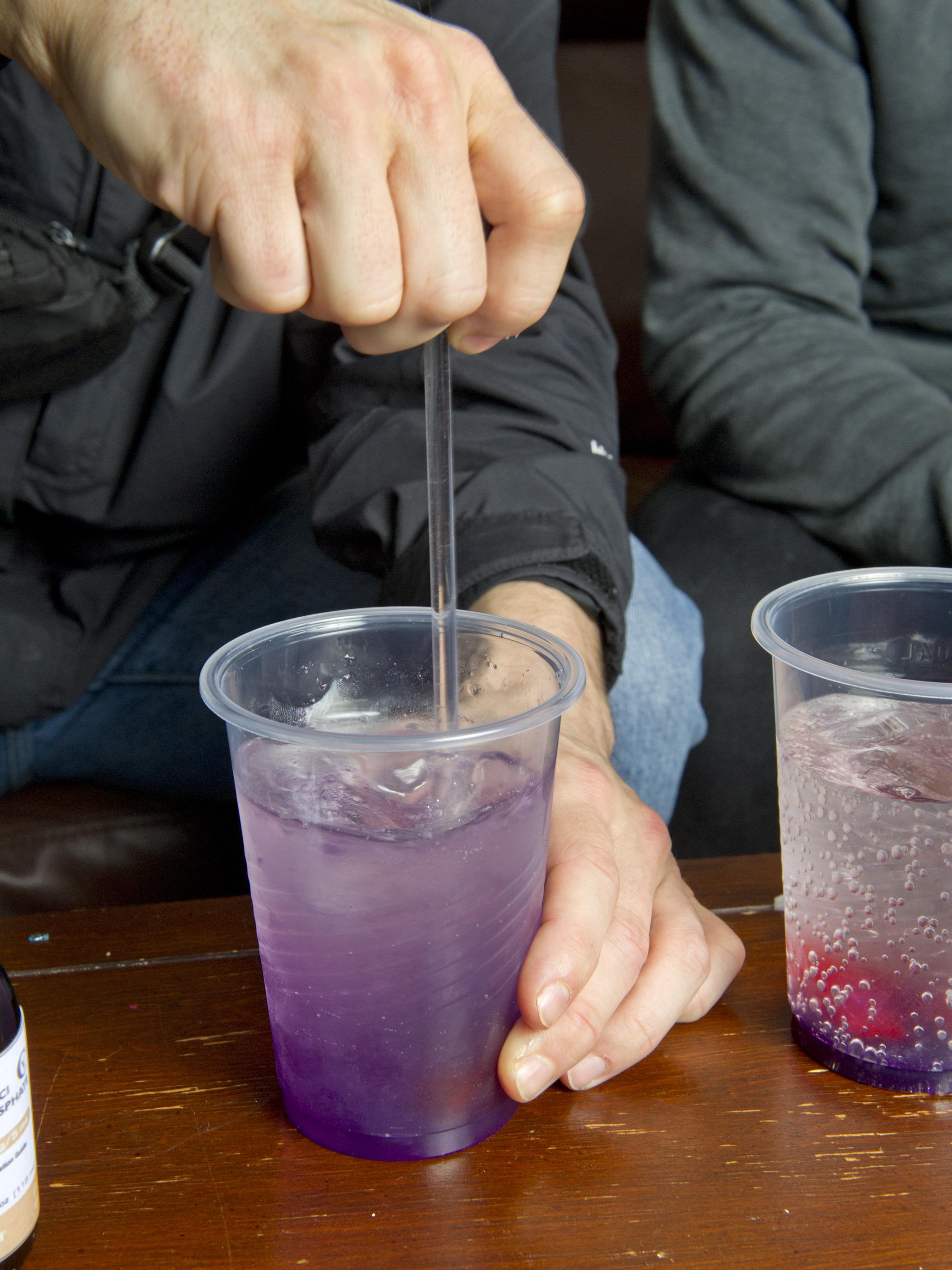 Rapper Future, who has collaborated with Rihanna, Kanye West and Drake, is seen drinking from a polystyrene cup in the 2014 video for the track Codeine Crazy. His 2010 mixtape Dirty Sprite — another name for lean — sold a million copies.

Despite the horror stories, purple drank is still finding new fans in the UK. One user, Lewis Checkley, a 23-year-old car mechanic, told us: “It writes you off. Everything around you is just chilled. You feel all floaty and spaced out.

“You learn to mix it from videos — you can Google it. All our group have done it. A lot of people see it on Instagram.”

Lewis likes to drink lean with student friend James after a night of partying, taking MDMA or ecstasy, at all-night raves. 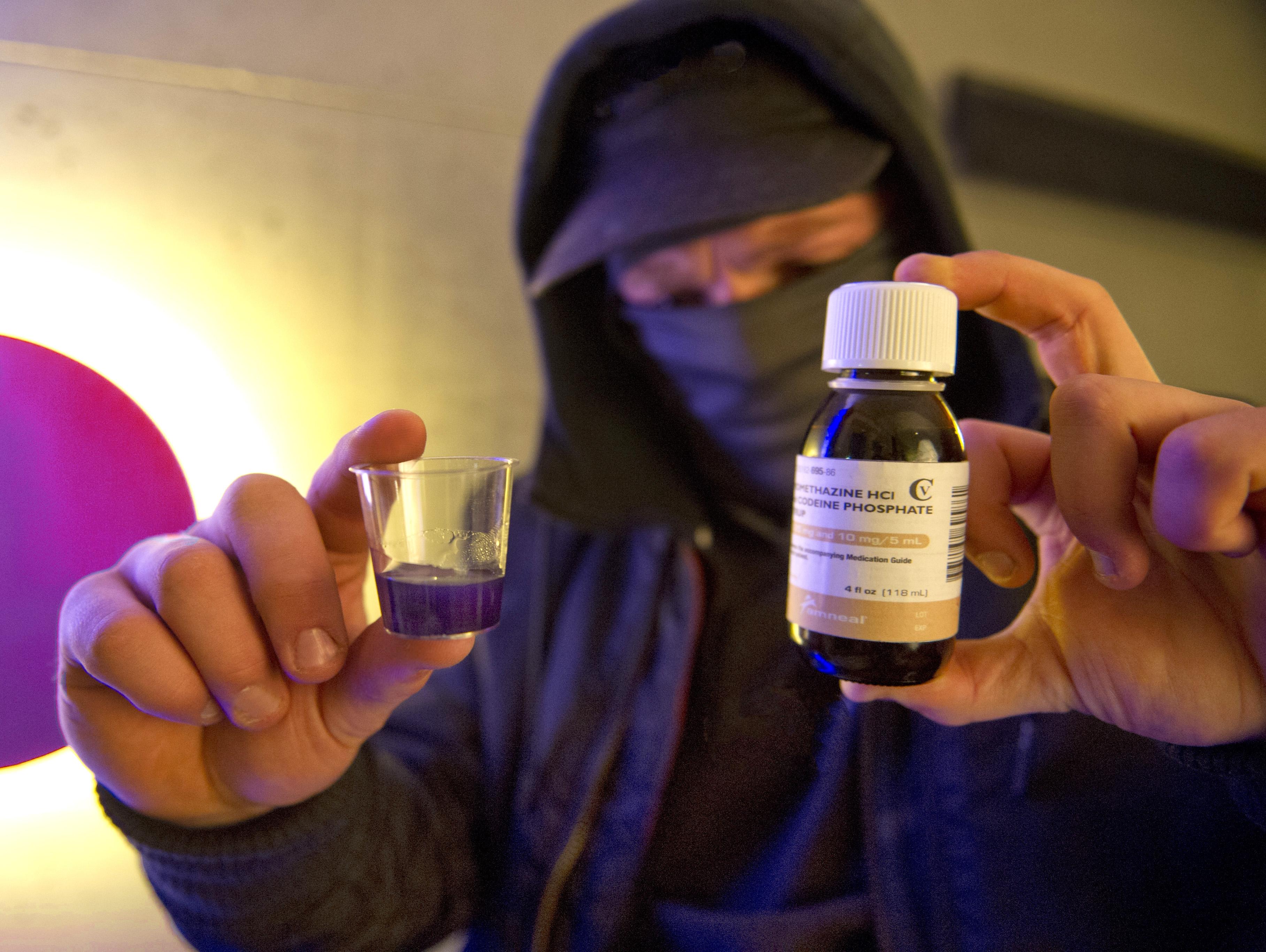 James said: “It chills you out after a rave — that’s when I like it most. Some like taking it at the rave, so you have the stumbling-around feeling, like you’re drunk. I like to be sat down and comfy.

“I prefer it to alcohol — that makes me feel dirty in the morning. It hurts, whereas this doesn’t.”

He and Lewis have been drinking it for six months, often getting through three bottles a week.

James said: “You get to know your limitations from what other people do. If they’re fine I know to have a little. We don’t know how it’s made, or how much is in it.”

But they claim their habit is tame compared to that of friends who recently had to cancel a holiday after overspending on lean.

Dealer Leo, a student, is certainly putting lives at risk — his buyers have no idea how much codeine they are consuming, trusting only in the bottle’s home-made label.

But he said: “I have a lot of friendship groups I want to keep in with and not have them end up in hospital from my doing.

“If they don’t listen to you, that’s their fault. I’ve done my part by telling them to take it easy — it’s strong stuff.” 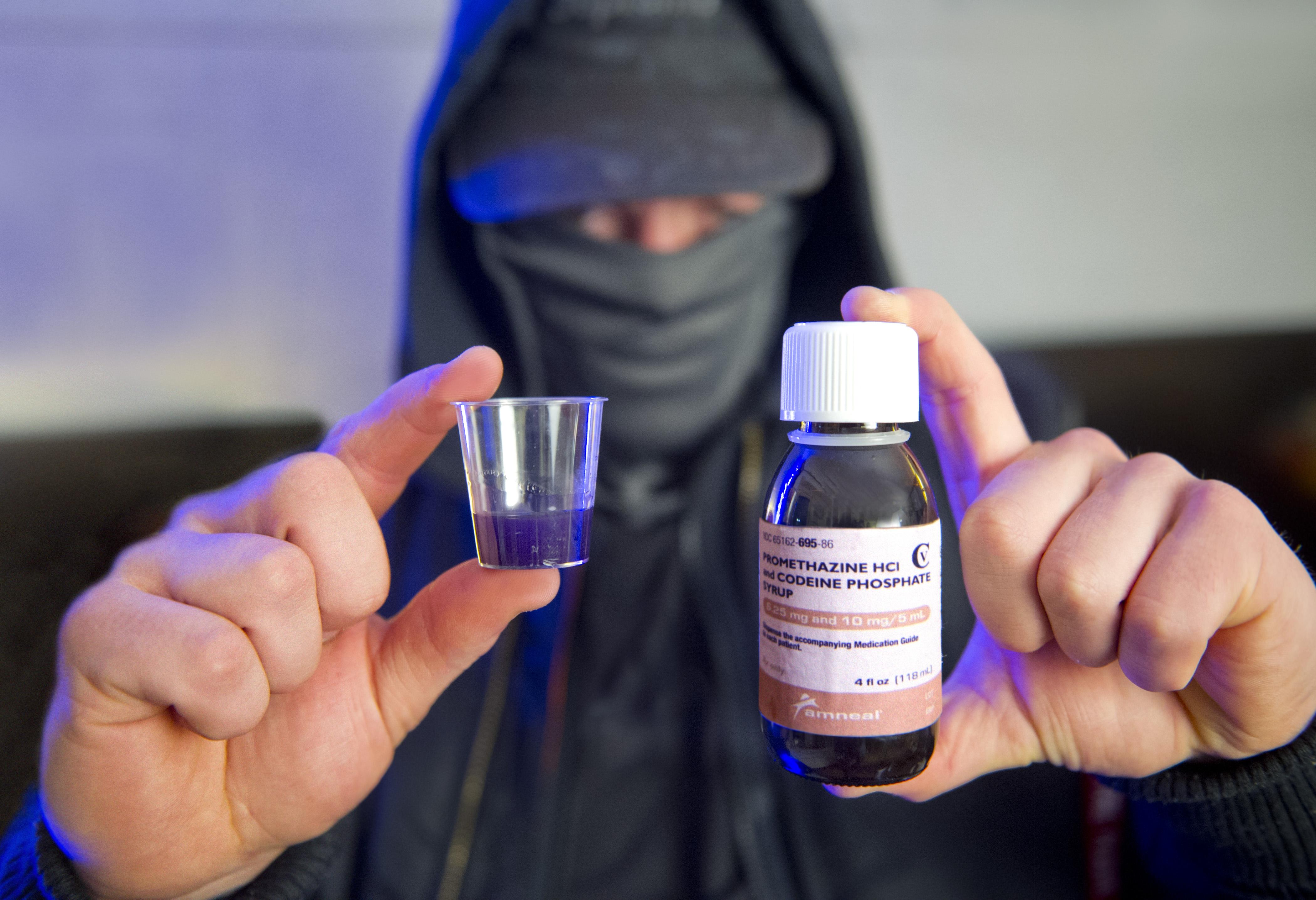 He is also risking his freedom — supplying codeine is punishable by up to 14 years in prison. Drug and alcohol charity Addaction is concerned young people are unaware of the danger   of purple drank, which is also sold on Instagram.

One page, Plugshxtttttt, had more than 3,200 followers before it was shut down by web administrators.

Addaction’s Roz Gittins said: “We’ve had clients who report getting the idea from YouTube and have heard rappers talk of it.

“When we tell them it’s opioid-based they’re often really surprised, not really having any idea it could be addictive or dangerous.

“Our concerns are that it is gaining in popularity because of social media and we want young people to be fully aware of what they may be consuming.”

Her colleague, Young Addaction team leader Sonya Jones, said: “Some of our young service users have described being scared off using lean after seeing people overdose on it and being taken away in an ambulance.

“It seems to be common among students, who are also looking to experiment with new substances, and the hip-hop group who see it as part of their culture because it’s mentioned so much in the music.

“Once we explain it’s from the same group of substances as heroin, they’re often put off because there is a lot of stigma against heroin with young people.”

James and Lewis were shocked to learn of the link to heroin.

Lewis said: “I wouldn’t move on to heroin. If you have a good group of mates they won’t let you slide into stuff like that.

“But you never know where an addiction might take you.”