Lilly Becker has accused the family nanny of spying for her estranged husband Boris and passing on recordings of their conversation amid an increasingly messy divorce.

The Dutch model, 42, believes nanny Aferdita Dardani, 41, reported back to the tennis great before the couple announced their divorce, according to German media.

The alleged recordings were made when Lilly and Dardani were holidaying with their sons in Miami at the end of March, German newspaper Bild said.

Dardani is then accused of passing on the recordings to 50-year-old former Wimbledon champion Becker. However, his lawyer denied the allegations and told German magazine Bunte: ‘That is not even remotely true.’ Dardani said: ‘I have been friends with Boris for 20 years and I used to work for him before.

‘I have not passed on anything to him and I do not wish to get involved in the divorce.’

She added: ‘Lilly is a good mother.’

Bild claims they have a document that proves Lilly asked her lawyer to file a complaint against Dardani for ‘breach of confidentiality’.

The document allegedly says: ‘I therefore demand that you confirm the deletion of the recordings by 3rd August 2018 and that all future spying will be ceased.’

The news follows a ‘civil dispute’ between the couple when police were called to their £5million Wimbledon home last month. 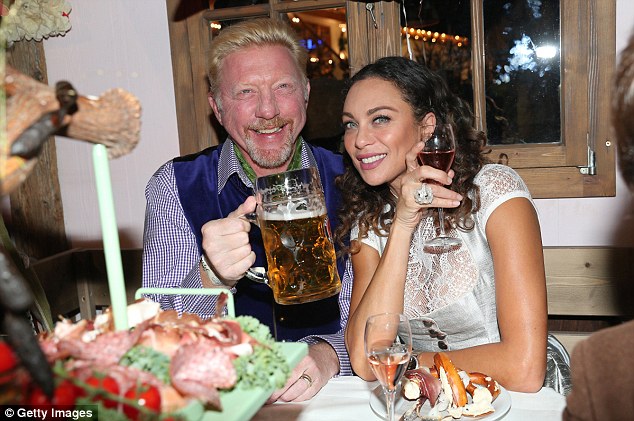 The Dutch model (right), 42, believes nanny Aferdita Dardani, 41, was recording her and reporting back to the tennis great (left) before the couple announced their divorce, according to German media 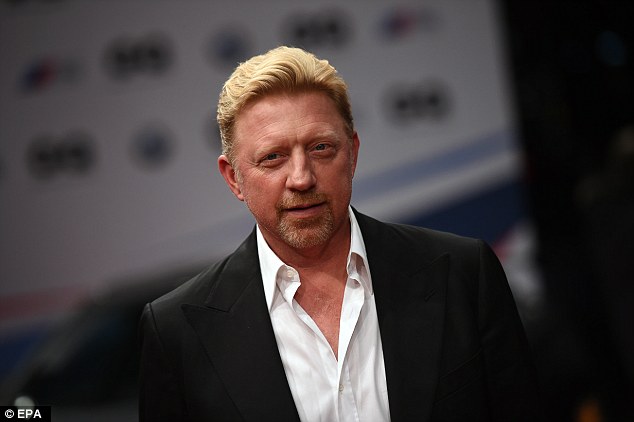 A lawyer for Becker (pictured) denied the allegations and told German magazine Bunte: ‘That is not even remotely true’

At the time, police said: ‘No offences were disclosed. Advice was given but no arrests were made.’

Lilly and Boris announced their split in May after nine years together, with the couple’s lawyer Christian-Oliver Moser announcing the news in a statement.

The statement read: ‘The decision after a 13-year-long relationship and nine years of marriage wasn’t an easy one.’

Moser added the couple’s main concern now was the well-being of their eight-year-old son, and insisted the separation was ‘amicable’.

Boris wed his second wife Lilly in Switzerland in 2009 and they welcomed Amadeus the following year.

At the end of 2017, Lilly raved about her husband, and hinted that things were still going strong, despite months of marital woes.