Home » Mail exposés rocked No 10: How revelations sent PM into a tailspin

Mail exposés that rocked No 10: From the second lockdown to the Downing Street flat makeover and Carrie’s influence… how our revelations have sent PM and his advisers into a tailspin

In the past six months, Downing Street has been rocked by a string of revelations in the Daily Mail, which have sent Boris Johnson and his advisers into a tailspin.

The Prime Minister, who once vowed to end the leaking culture that helped destroy Theresa May’s administration, has proved unable to stop the release of a slew of damaging revelations.

While some have focused on government policy and his personal dealings with business tycoons and world leaders, others have lasered in on his own personal conduct.

As Political Editor JASON GROVES reports, claims about the redecoration of his Downing Street flat and the conduct of his girlfriend Carrie Symonds have enraged both the Prime Minister – and his powerful fiancee. 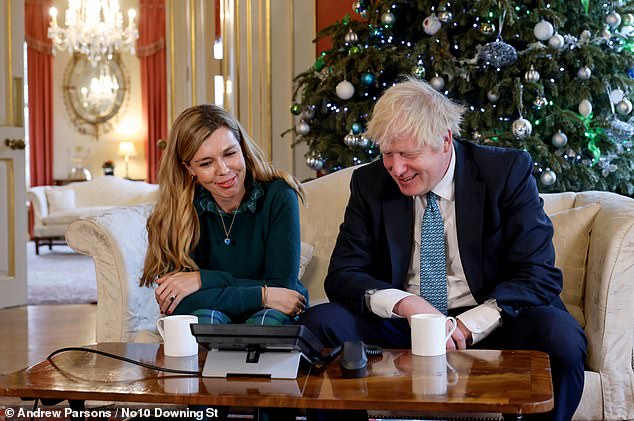 The Prime Minister (pictured with Carrie Symonds), who once vowed to end the leaking culture that helped destroy Theresa May’s administration, has proved unable to stop the release of a slew of damaging revelations

Boris Johnson is said to have been ‘apoplectic’ after plans for a second national lockdown were leaked to the Mail at the end of October, before they had even been finalised. The leak came hours after government scientists had convinced the Prime Minister that another lockdown was needed.

The revelation threw No 10 into disarray and forced the PM to fast track the lockdown announcement. Allies of the Prime Minister said he believed the leak had been an attempt to ‘bounce’ him into a lockdown he was still deliberating over.

A major leak inquiry was launched to find the so-called ‘chatty rat’, with ministers including Michael Gove and Matt Hancock ordered to hand over their phones. But yesterday No 10 said it had yet to conclude.

The Mail has delivered a string of extraordinary revelations about the redecoration of the Downing Street flat ordered by the PM’s fiancee Carrie Symonds.

The first, in March, revealed that officials were looking to establish a charitable trust to help pay for the lavish makeover by upmarket interior designer Lulu Lytle, which is said to have cost up to £200,000.

Leaked emails have since revealed that almost £60,000 of Tory Party funds have been used to help pay for the renovations, sparking calls for an investigation by the Electoral Commission into possible misuse of party funds.

A series of stories in the Mail has revealed the influence wielded behind the scenes by Miss Symonds – a former director of communications for the Tory party.

In November last year, the Mail revealed that the Prime Minister had chosen former TV journalist Allegra Stratton, who is Miss Symonds’ friend, to be his new press secretary because otherwise ‘Carrie will go effing crackers’.

And in February, this paper revealed Miss Symonds tried to damage the career of civil service ethics chief Helen MacNamara, who had refused to sign off the flat refurbishment and has since quit. The following months, the Mail revealed claims that Miss Symonds had tried to block the careers of a string of young female Tories allegedly deemed too attractive. 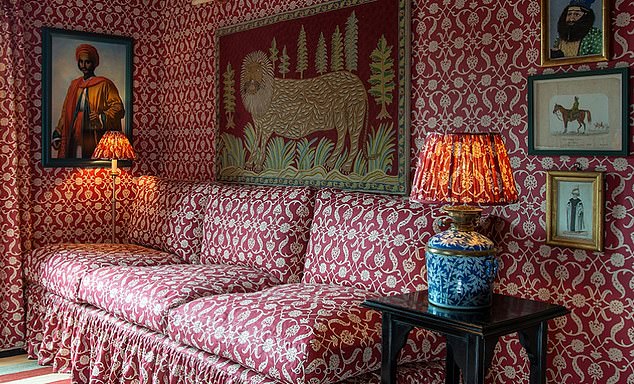 Last week, the Mail revealed that Mr Johnson was directly lobbied by controversial Saudi Crown Prince Mohammed bin Salman to intervene with the Premier League after it blocked a Saudi bid to take over Newcastle United. Bin Salman, who is accused of authorising the murder of Washington Post journalist Jamal Khashoggi, messaged the PM to ask him to ‘correct’ the decision or risk damaging diplomatic relations. Mr Johnson asked his senior aide Eddie Lister to investigate but the Saudis withdrew.

The Mail has published a number of stories about the No 10 dog Dilyn, which reportedly angered the PM and Miss Symonds.

In November, the Mail revealed that Miss Symonds had urged Mr Johnson to break off from a Covid crisis meeting in order to complain about a newspaper report claiming the couple wanted to get rid of the dog.

In February, it was claimed that No 10 aide Katie Lam left her job after clashing with Miss Symonds when Dilyn cocked his leg over her handbag at a gathering in the Downing Street garden.

Last month, the Mail revealed that the PM and Miss Symonds have regular food hampers ‘smuggled in’ to Downing Street from one of Britain’s poshest organic farm shops Daylesford – which is owned by Lady Bamford, wife of the billionaire JCB tycoon and Tory donor Lord Bamford.

The paper reported that around 30 giant boxes of food, along with up to 100 prepared meals have been delivered in recent months at a cost of £12,500.