OVER half of Americans are “writing off the end of the year,” according to new research.

The third annual survey of 2,000 Americans revealed that 56 percent are using the holidays as an excuse to postpone their healthy choices. and are taking the approach of starting fresh in January. 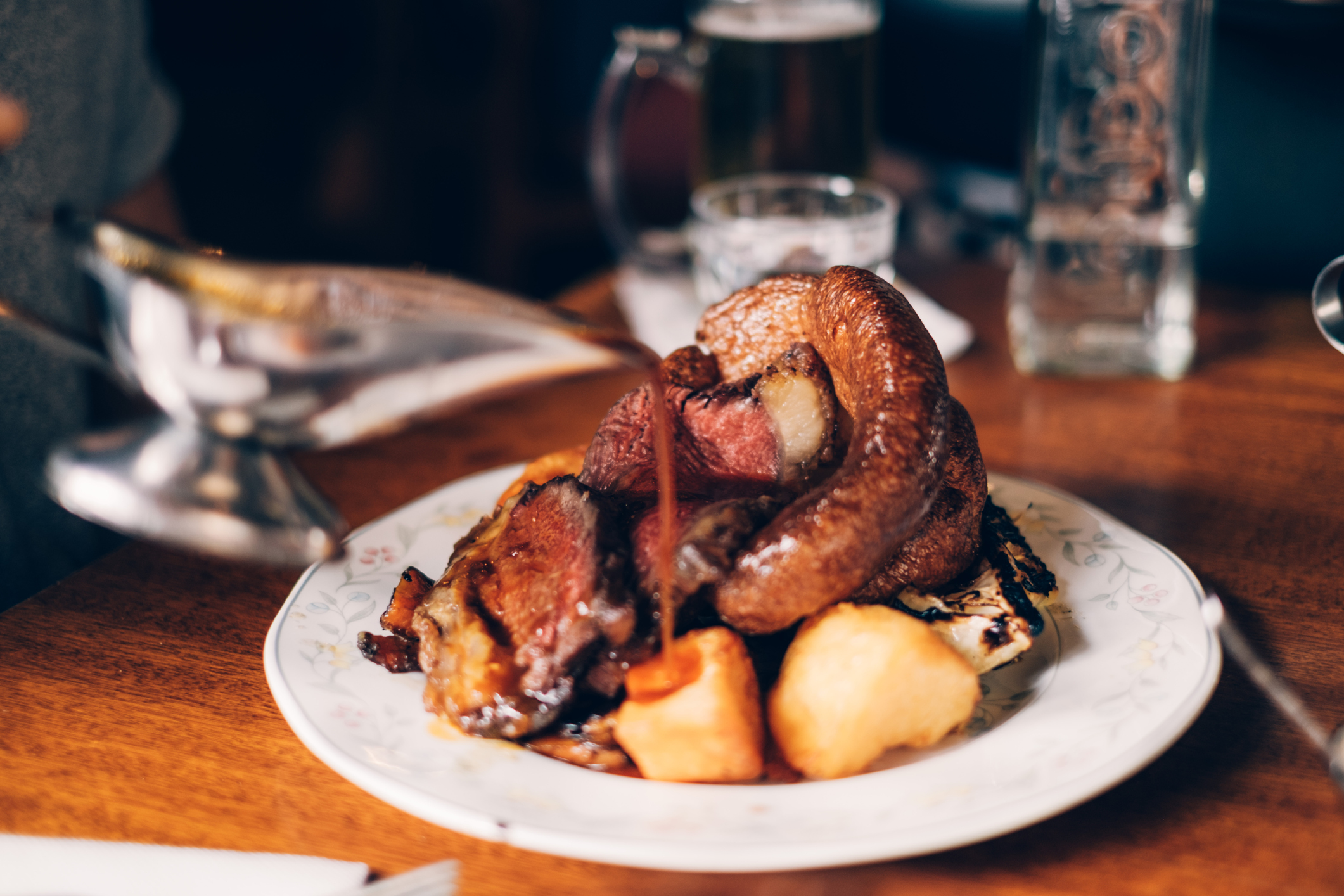 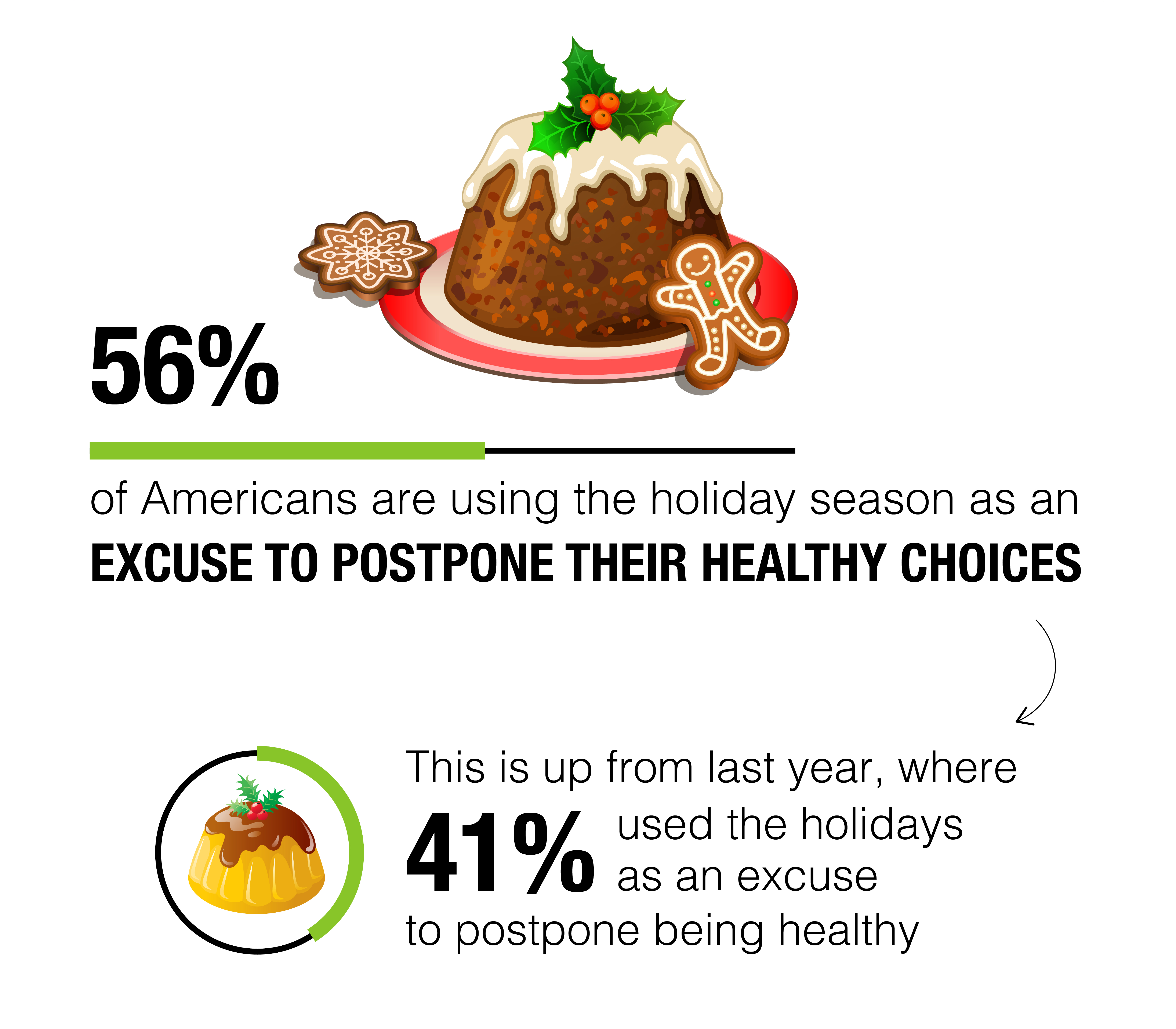 Interestingly enough, this is up from previous years.

Last year’s results found 41 percent used the holidays as an excuse to postpone being healthy, an increase of 15 percent over 2019.

This year’s survey revealed 43 percent have broken a diet due to the temptation of holiday food, and the average respondent expects to gain seven pounds over the course of the festive season.

Commissioned by Herbalife Nutrition and conducted by OnePoll, the survey found the added stress of the events in 2020, including the pandemic, may have had something to do with it.

Results also revealed 61 percent of respondents feel they deserve to indulge this holiday season, more so than in other years, because of the stress from 2020. 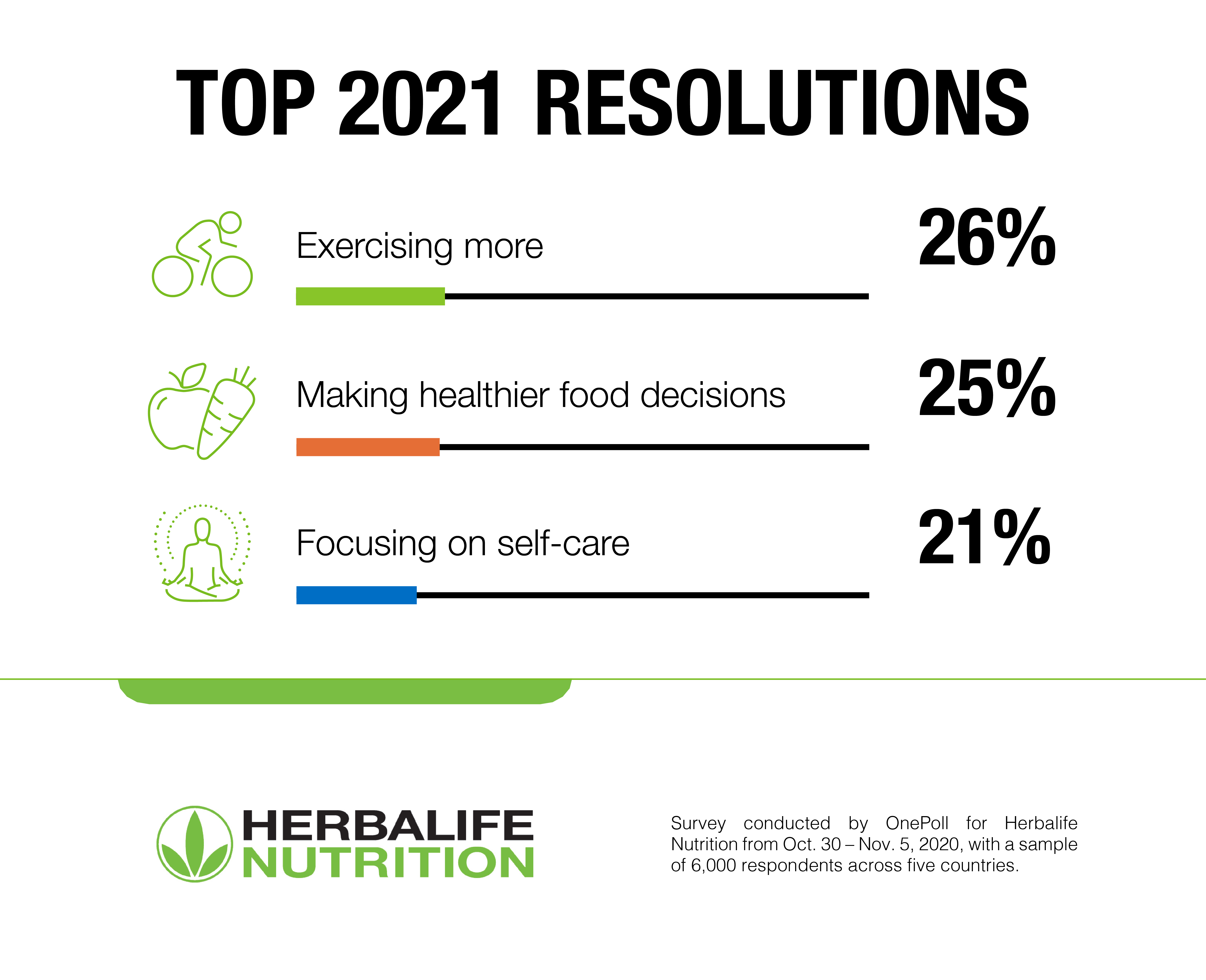 The survey included a global component that provided an interesting comparison.

Less than half (49 percent) of the global respondents said they believed they deserved more holiday treats this year because of the pandemic.

And while 53 percent of American respondents found themselves making more unhealthy choices, in an effort to feel better about the holidays being different this year, only 44 percent of respondents globally said the same.

The survey also revealed some interesting eating habits Americans will partake in during the holiday season. 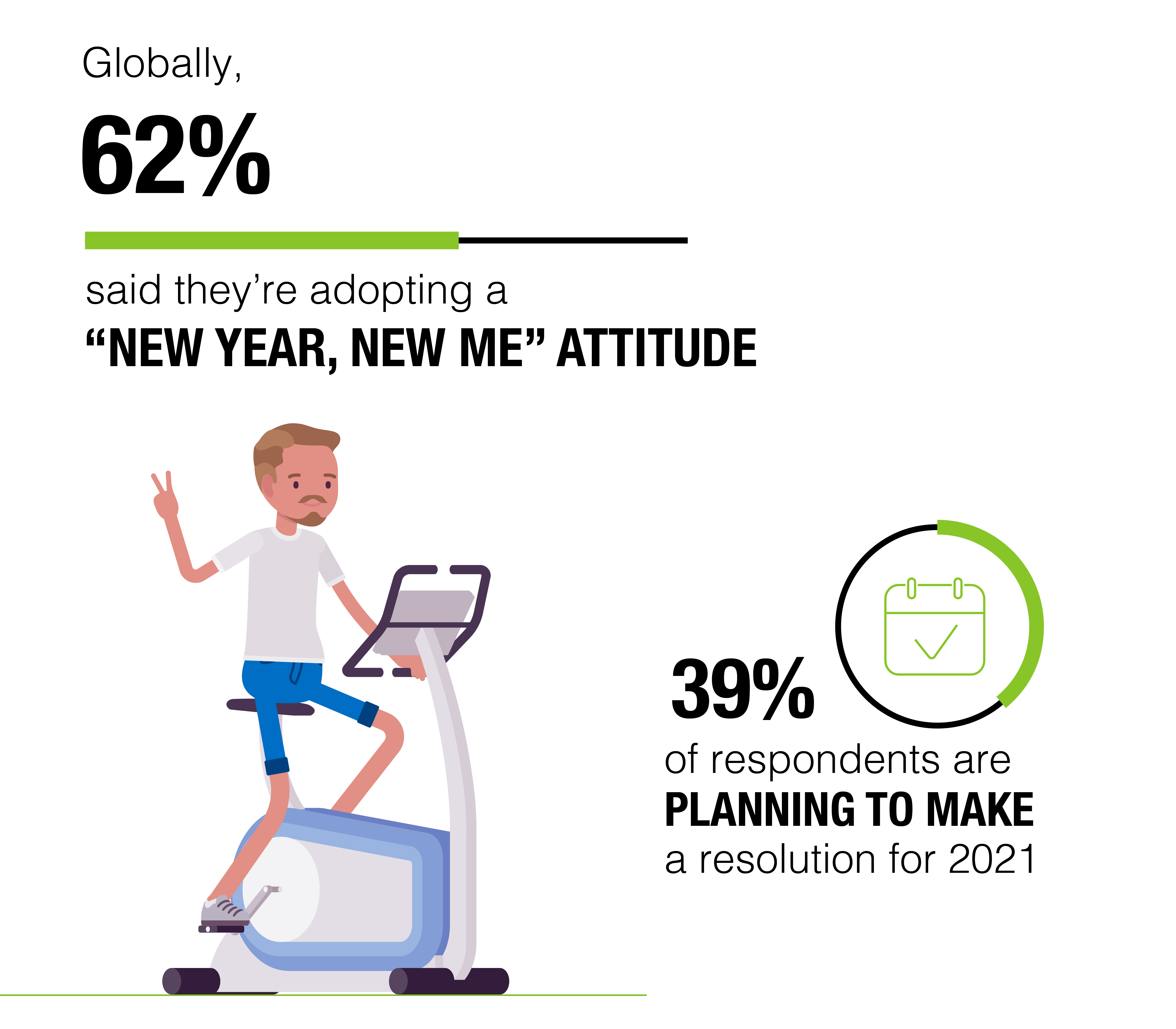 During the holiday season, respondents have also eaten more than one dessert at a meal (43 percent) and have eaten until they feel sick, unwell and/or full to bursting (30 percent).

And of those Americans who are postponing their healthy habits, four in 10 have already started — by mid-November as Thanksgiving approached, 43 percent admitted they had stopped attempting to be healthy during the holiday season.

Dr. Kent Bradley, Chief Health and Nutrition Officer at Herbalife Nutrition said: "The hectic nature of holiday season may be a tough time for many to maintain their healthy lifestyle, but it’s important not to write off your healthy lifestyle goals.

“One way to beat the temptations is to eat healthy snacks that are high in protein, curbing the desire to overeat.”

Sixty-two percent said they’re adopting a “New Year, new me” attitude, and 39 percent of respondents globally are planning to make a resolution for 2021. 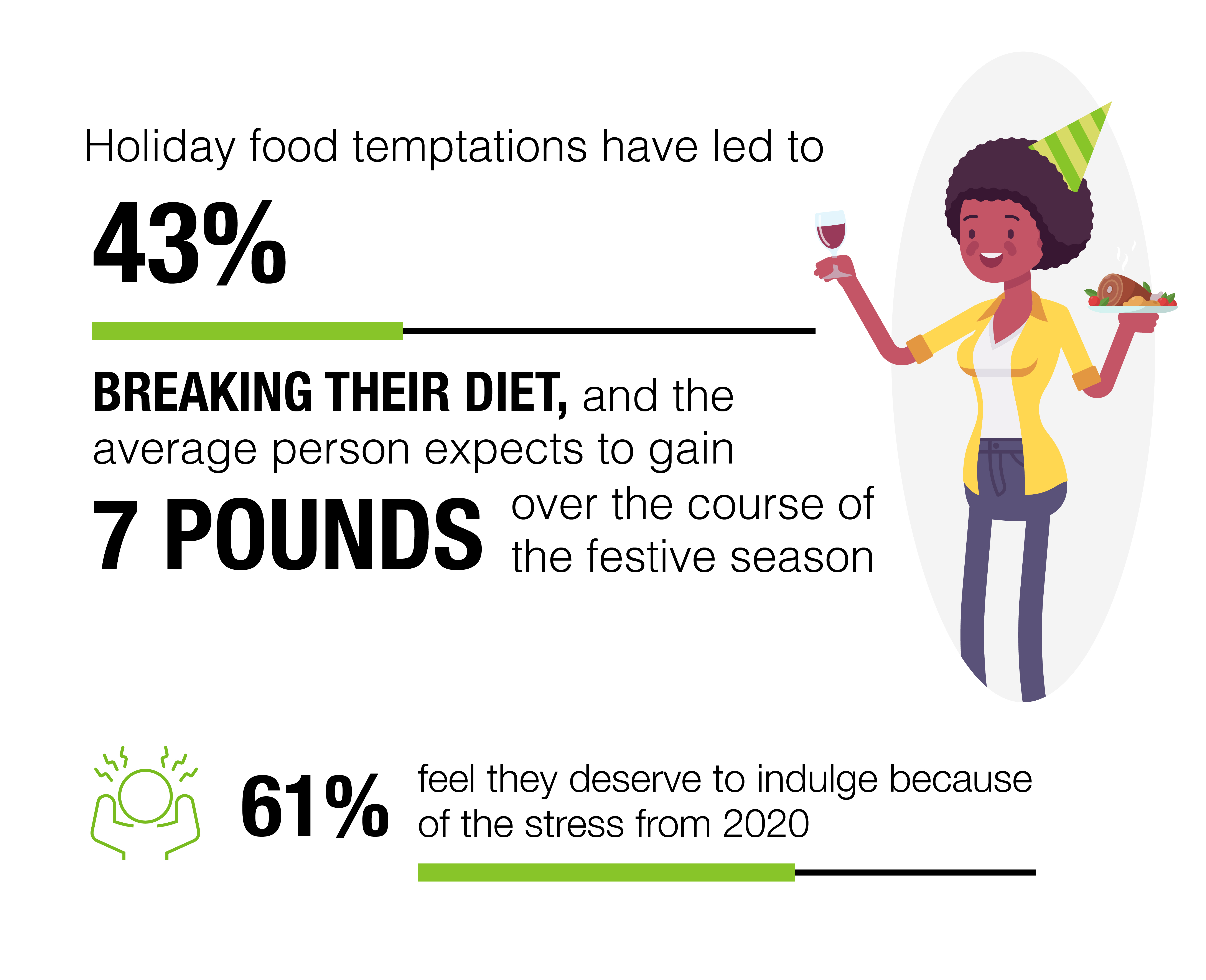 Of those who made a resolution last year, a surprising number have actually been successful — 61 percent said they’re still following their 2020 resolution.

Globally, respondents did say having more time at home this year allowed them the opportunity to make healthier choices than they would have otherwise (59 percent) and it gave them time to focus on themself (63 percent).

Bradley added: “Resolutions are a great way to kick off the year on a positive note, but make sure you set achievable goals.

"Small and steady changes to your diet and fitness routine are more sustainable and having a community to encourage and celebrate your success with you, even if virtually, can make a huge difference.” 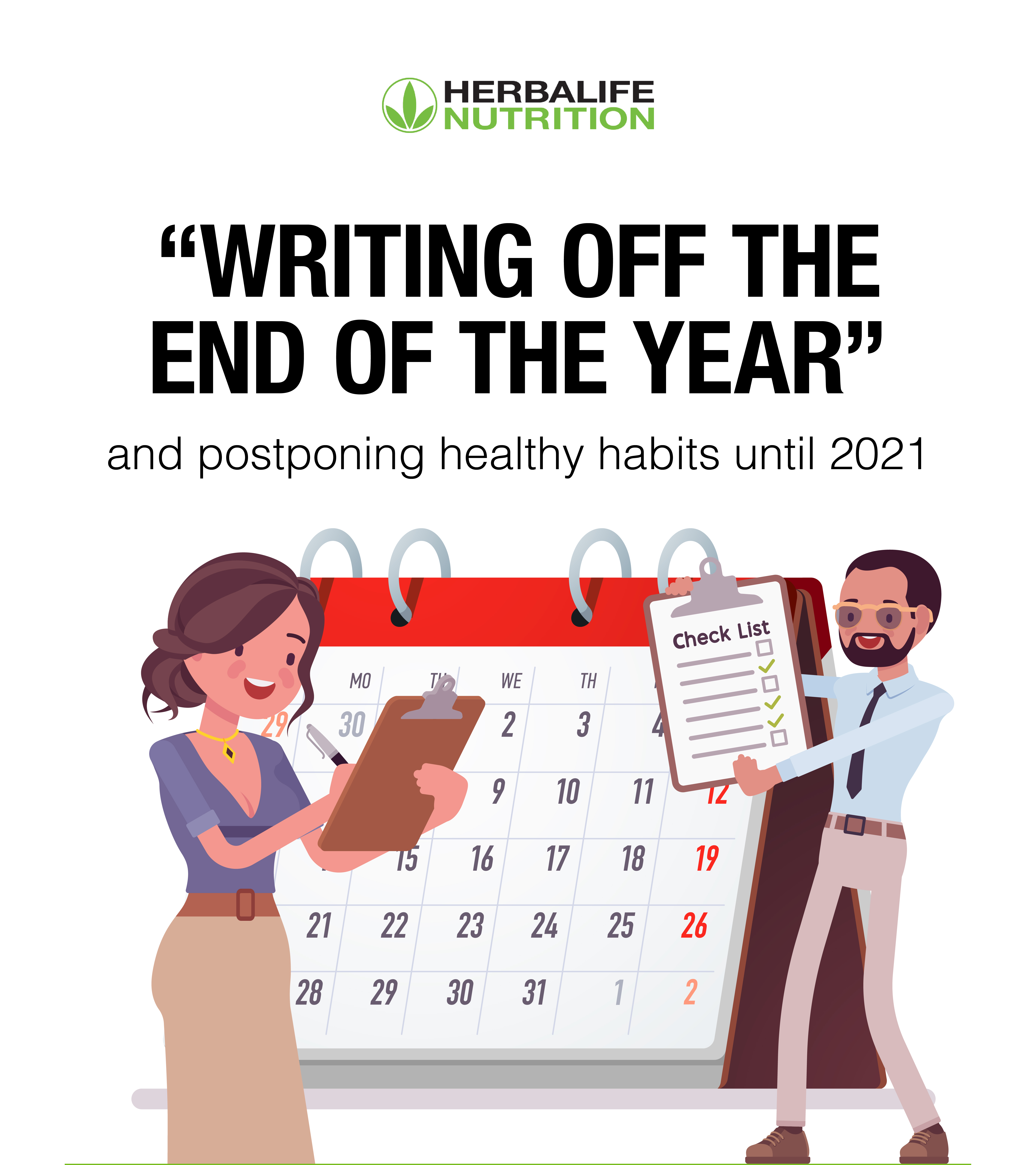 WHAT HAVE AMERICAN RESPONDENTS DONE DURING THE HOLIDAY SEASON?