Home » World News » Man, 27, fighting for his life after being shot outside primary school

Air ambulance rescues man, 27, fighting for his life after being shot outside primary school at hometime in south London

A 27-year-old man is fighting for his life after he was shot on the street outside a primary school just as children were about to finish lessons.

Police officers and paramedics were called at 3.24pm today to the scene near St James’ Primary School in Bermondsey, south London.

The man was rushed to hospital by an air ambulance and is suffering from ‘life-threatening injuries’. 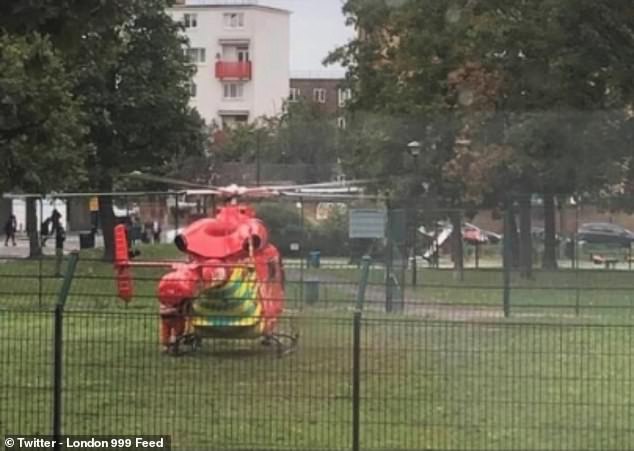 ‘Officers attended, along with London Ambulance Service [LAS], and found a man, aged 27, with a gunshot wound.

‘He was taken to hospital and his injuries are being treated as life-threatening/changing at this time. Nobody else was injured.

‘A cordon remains in place at the scene. 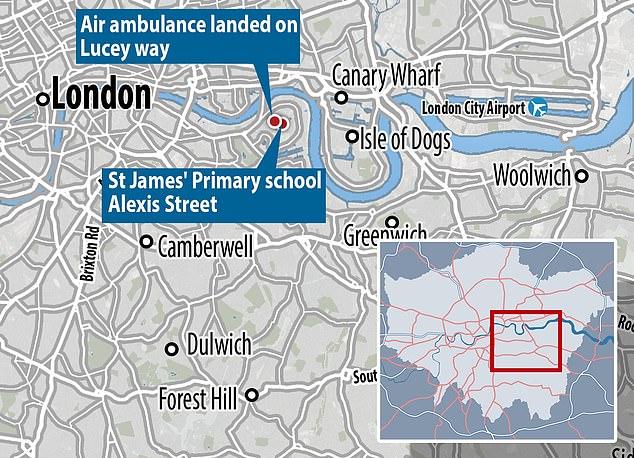 ‘No arrests; enquiries into the circumstances continue.’

The London Air Ambulance was called to the shooting, and was forced to land in nearby Lucey Way.

A spokesperson for the air ambulance said: ‘Our advanced trauma team was dispatched via aircraft by London Ambulance Service at 15.31 today to reports of a shooting in the Southwark Park Road area.

‘After treatment on scene the patient was transferred by land to a major trauma hospital accompanied by London’s Air Ambulance.’