A man ”sleeping’ on train tracks was electrocuted after he got up when staff caught his attention and fell back onto the rails.

Eyewitnesses said the victim first appeared to be lying motionless on the track separating platforms 8 and 9 at Wimbledon railway station yesterday afternoon.

Shocking photos show the man, said to be in his 20s, with his feet on the track, his hand resting on his stomach and fabric covering his face.

One commuter said he got up after station staff caught his attention but after getting up he took three steps, tripped and fell back in between the tracks, and was electrocuted. 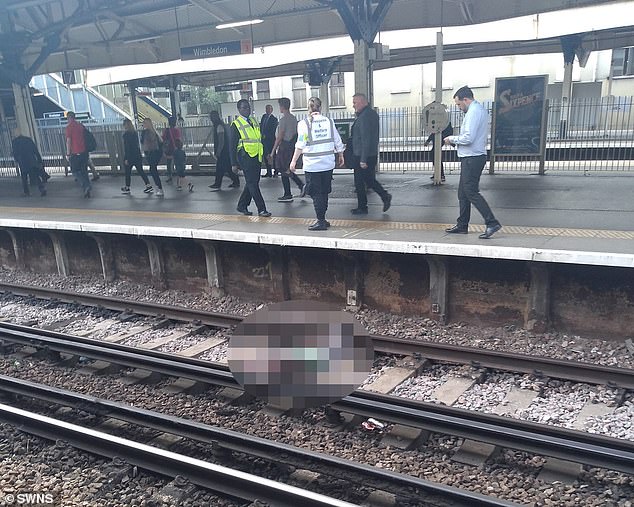 Shocking photos, which has been pixellated, show the man, said to be in his 20s, with his feet on the track, his hand resting on his stomach and fabric covering his face.

The onlooker said: ‘I was commuting back home from work. I was waiting for a train due to arrive at Platform 9 at about 3.55pm, when I saw a bunch of people all looking one way down the station.

‘So I turned my head to look, and saw this young man asleep on the tracks. Platform guards were shouting down at him, trying to wake him up.

‘After about 90 seconds of being there, I saw him stir, look around, and get up. ‘You could tell he didn’t know where he was.

‘He took two steps to the left, one to the right, as he tried to move. But he tripped and fell back in between the tracks, and was then electrocuted.’

The by-stander said passengers waiting on the platforms were evacuated. 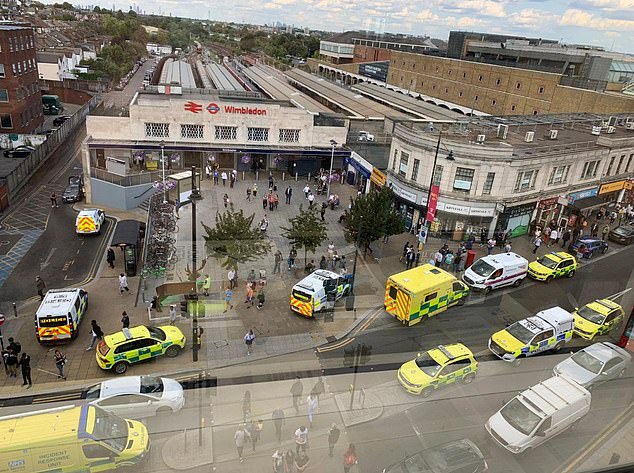 A large number of emergency service vehicles were sent to the station (pictured) at around 3.48pm yesterday. A man was pronounced dead at the scene. His death is not being treated as suspicious 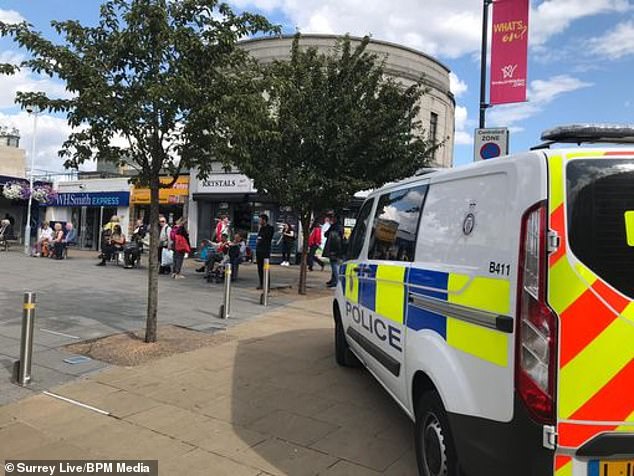 ‘I haven’t been able to shake the picture of him dying there from my mind,’ the commuter said.

‘He was of average height, and probably in his 20s. He was well-dressed, he didn’t look homeless to me, or anything like that.’

British Transport Police said ‘officers attended alongside paramedics, however a person was sadly pronounced dead at the scene’.

A spokesperson added: ‘The death is not being treated as suspicious.

‘Officers are now working to identify the person and inform their next of kin. A report will also be prepared for the coroner.’

Around four ambulance vehicles, two fire engines and an air ambulance crew were all sent to the scene, alongside police vehicles.