A man is in hospital with ‘significant burn injuries’ after a chemical ‘explosion’ at an industrial estate this morning.

Police, fire and ambulance crews rushed to the scene in Cadishead, Greater Manchester, shortly after 11am following reports of a ‘really loud boom’.

The man in his 30s suffered chemical burns at the premises and has been taken to hospital in a serious condition, police confirmed.

One onlooker said: ‘The noise was really loud like a big boom something exploding or collapsing, that’s all I can say. Scary.’ 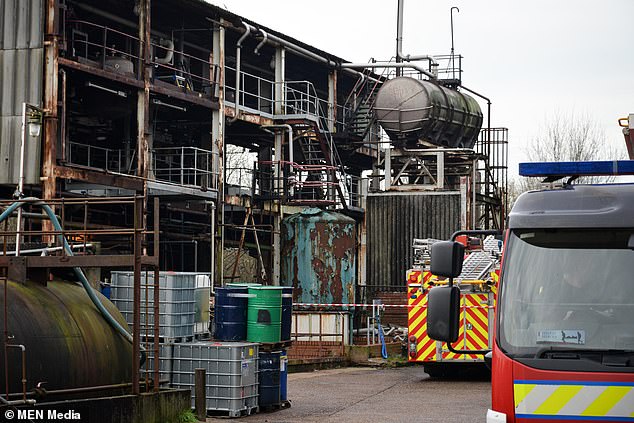 The emergency services rushed to the scene in Cadishead, Greater Manchester, shortly after 11am after residents heard a ‘really loud boom’ 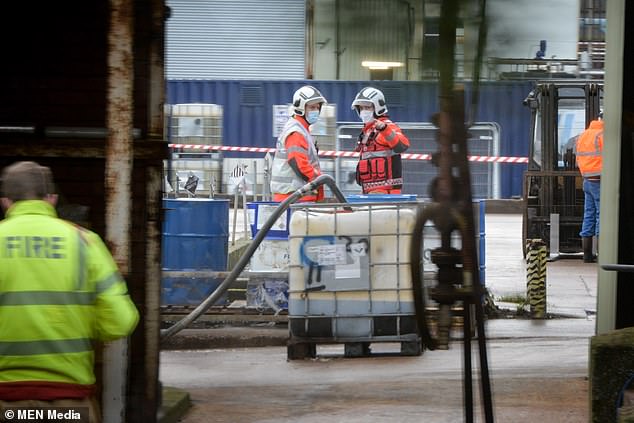 North West Ambulance Service (NWAS) confirmed one man had been taken to hospital following the incident.

A spokesman for NWAS said: ‘We called about an incident 11:07, and we have attended with multiple resources including an ambulance, a rapid response vehicle and members of Hazardous Area Response Team (HART). We have taken one male patient to hospital.’

Greater Manchester Police said: ‘Officers were called around 11.20am today to a report a man had suffered chemical burns at a premises on Liverpool Road, Cadishead.

‘Emergency services are in attendance and an investigation is ongoing. A man in his 30s has been taken to hospital in a serious condition.’ 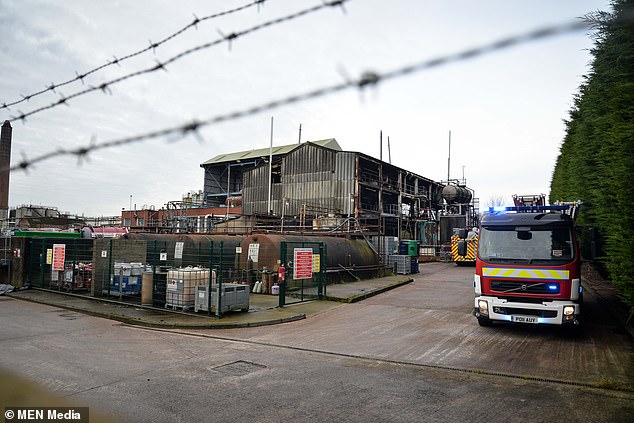 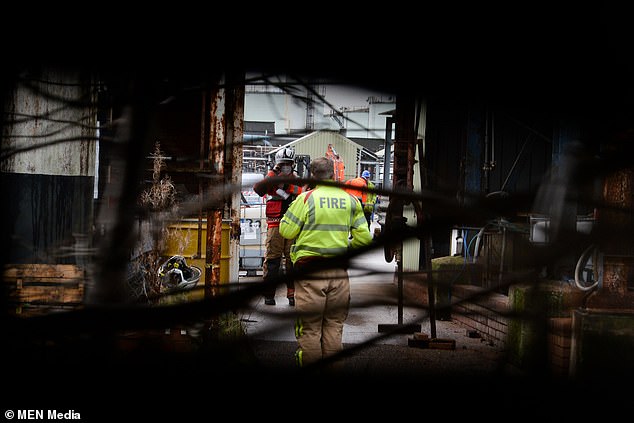 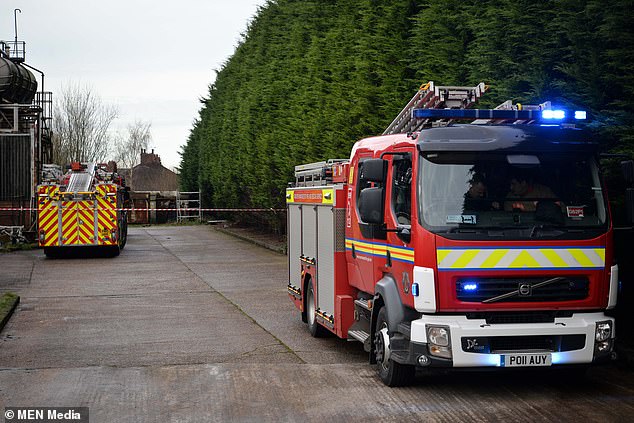 ‘Firefighters from Irlam and Cheshire responded immediately and are on the scene currently.

‘One man has been seriously injured and conveyed to hospital by North West Ambulance Service with significant burn injuries.

‘Firefighters have rapidly established a cordon and made safe all other structures and hazardous materials on the site and a Hazardous Materials Officer is making an assessment of the scene.

‘Greater Manchester Police are at the incident and the Health and Safety Executive have been notified.’